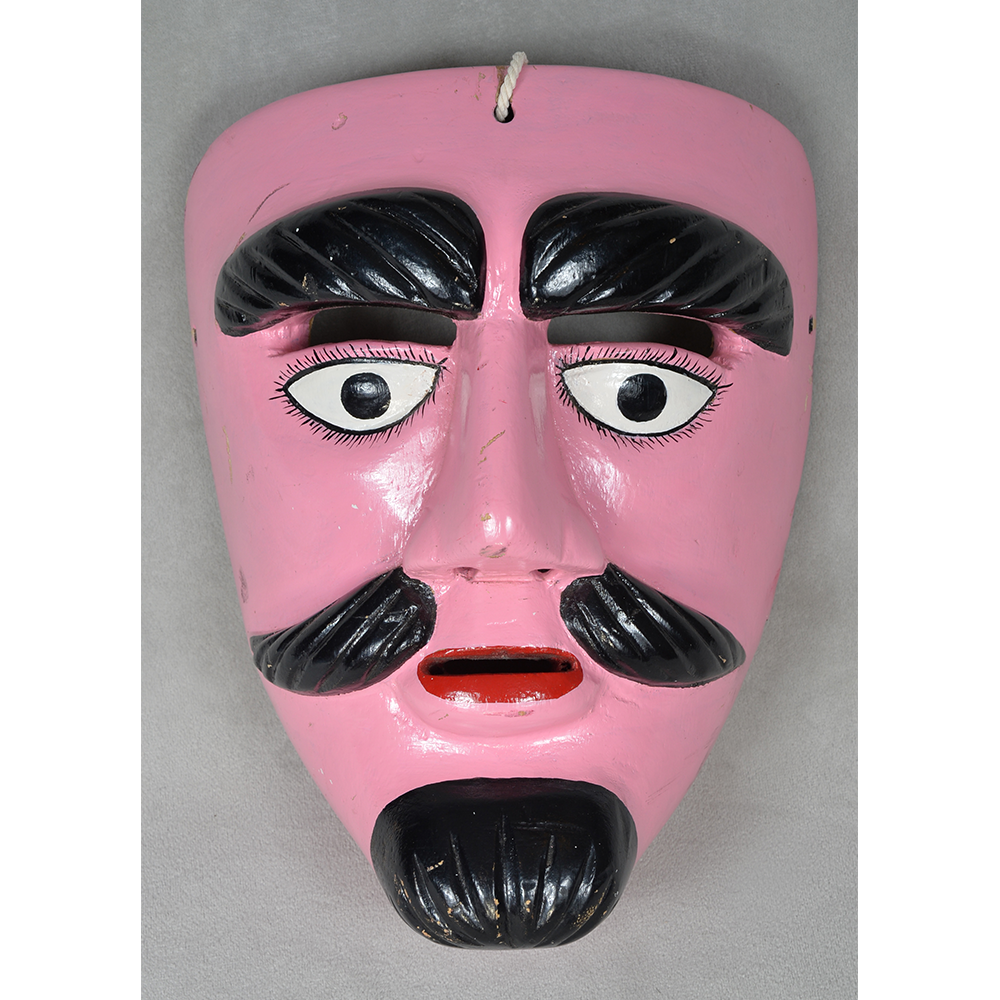 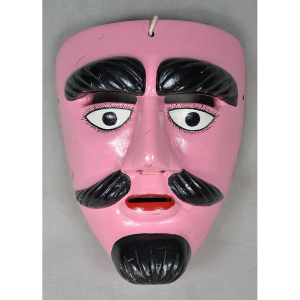 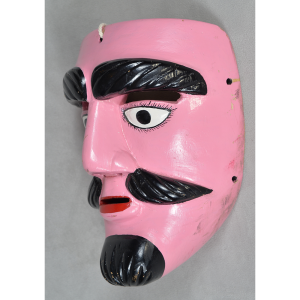 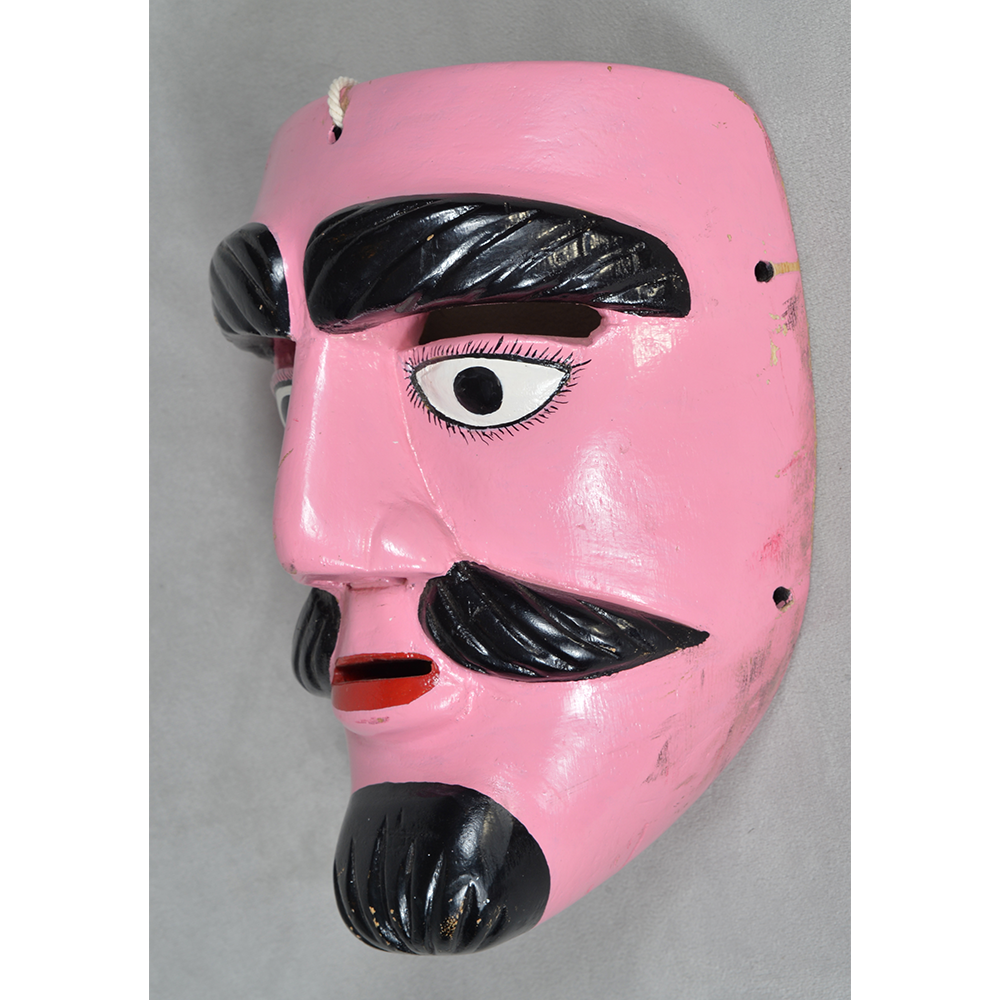 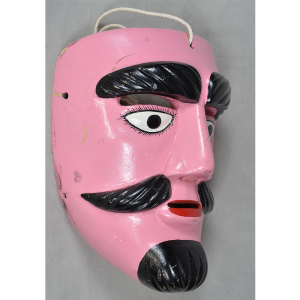 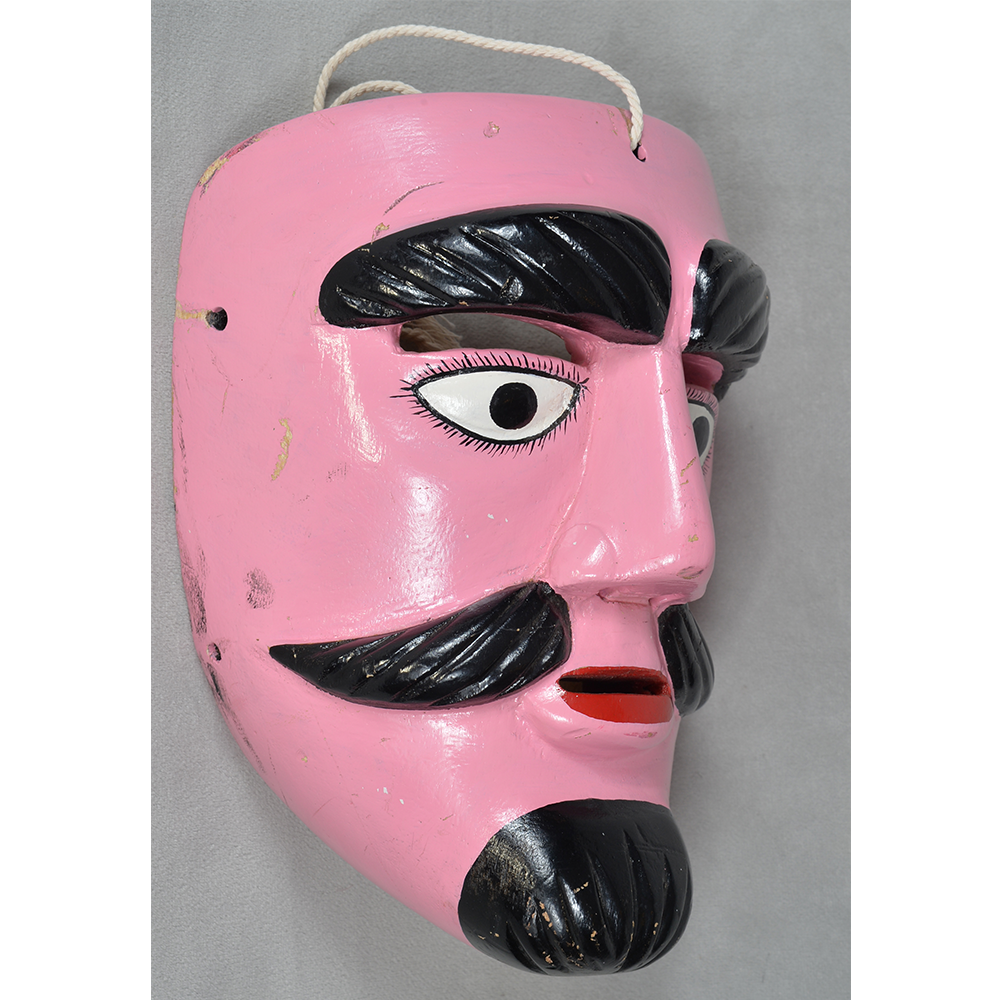 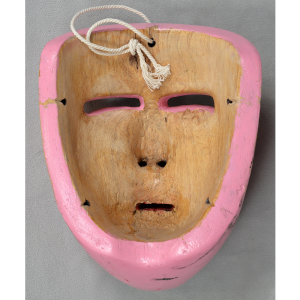 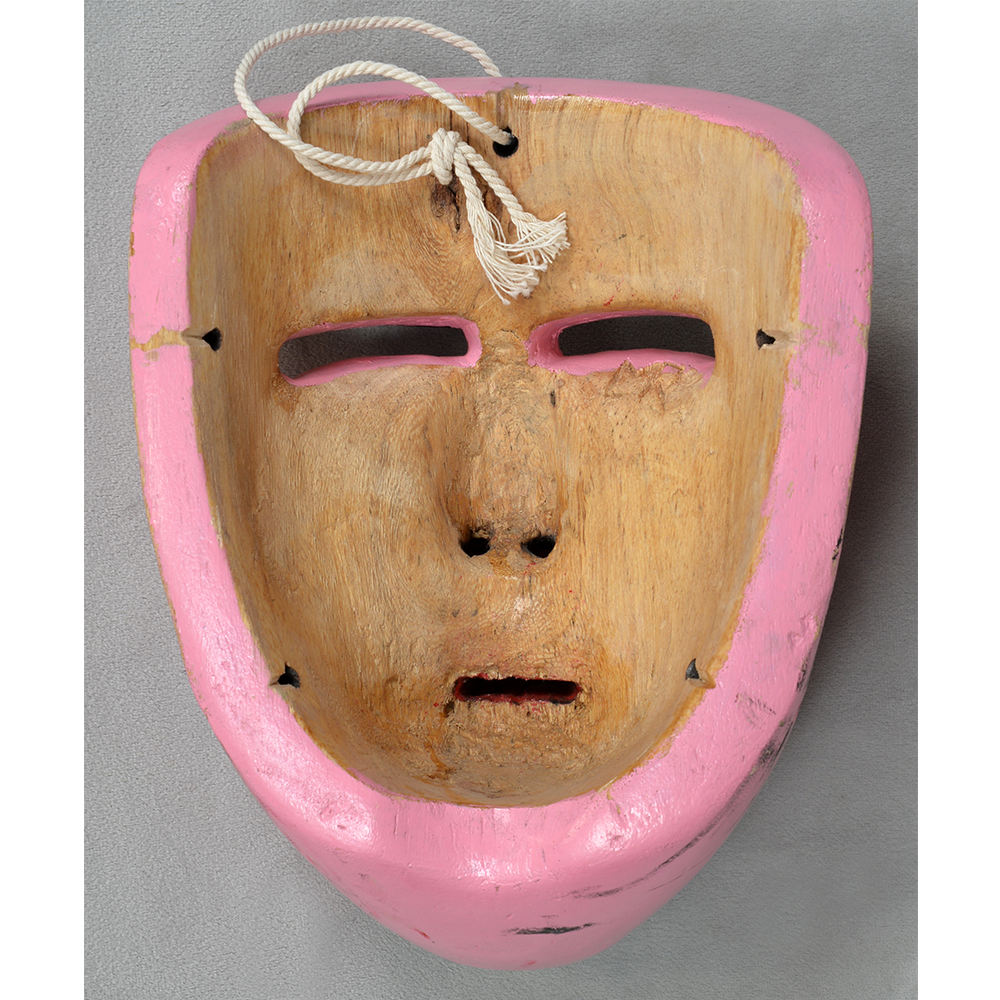 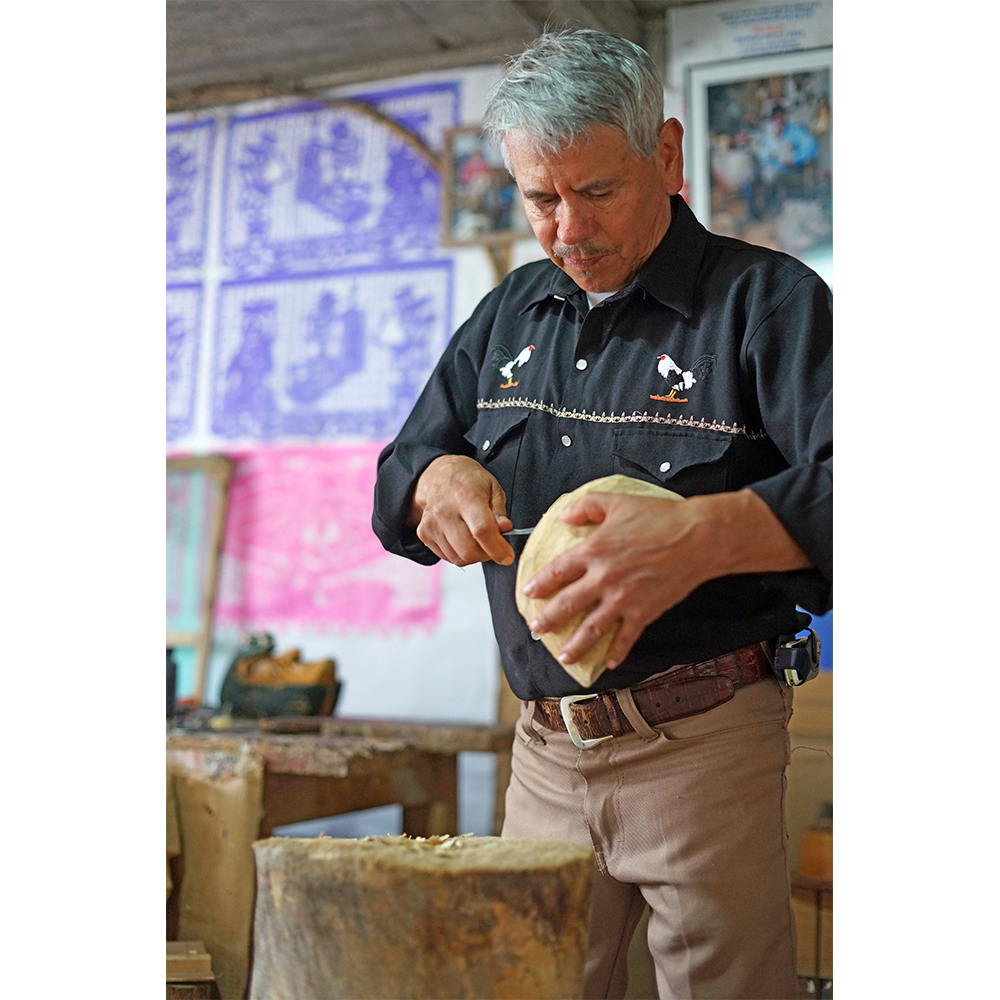 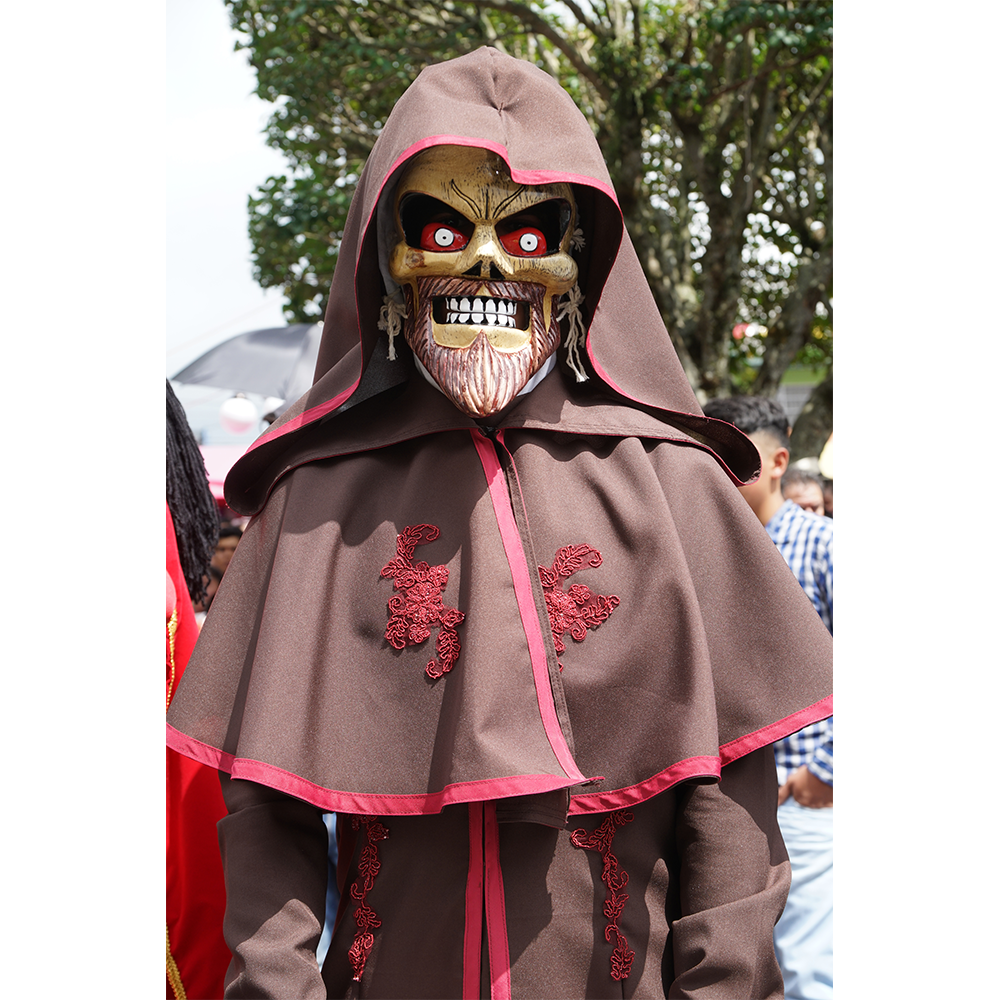 The dance is still performed widely in Mexico, including in Mexico State, Michoacán, Puebla, and Veracruz. Characters vary depending on locality, although they always include “Christians” or “Spaniards” and Moors. In Naolinco, Veracruz, the dance is performed on the holiday of the town patron saint, St. Matthew (Fiesta de San Mateo), celebrated on Sept. 20-21 every year.  There, Moors take many forms, including devils, pirates, clowns, or, as here, skeletons. This mask represents a Moor in his original form but no longer popular, with a human face. It was carved by the master craftsman, Lino Mora Rivera and used by him and his family for several years.  The scratches result from blows by wooden swords, inflicted by the santiagos during mock battles between the Christians and Moors.