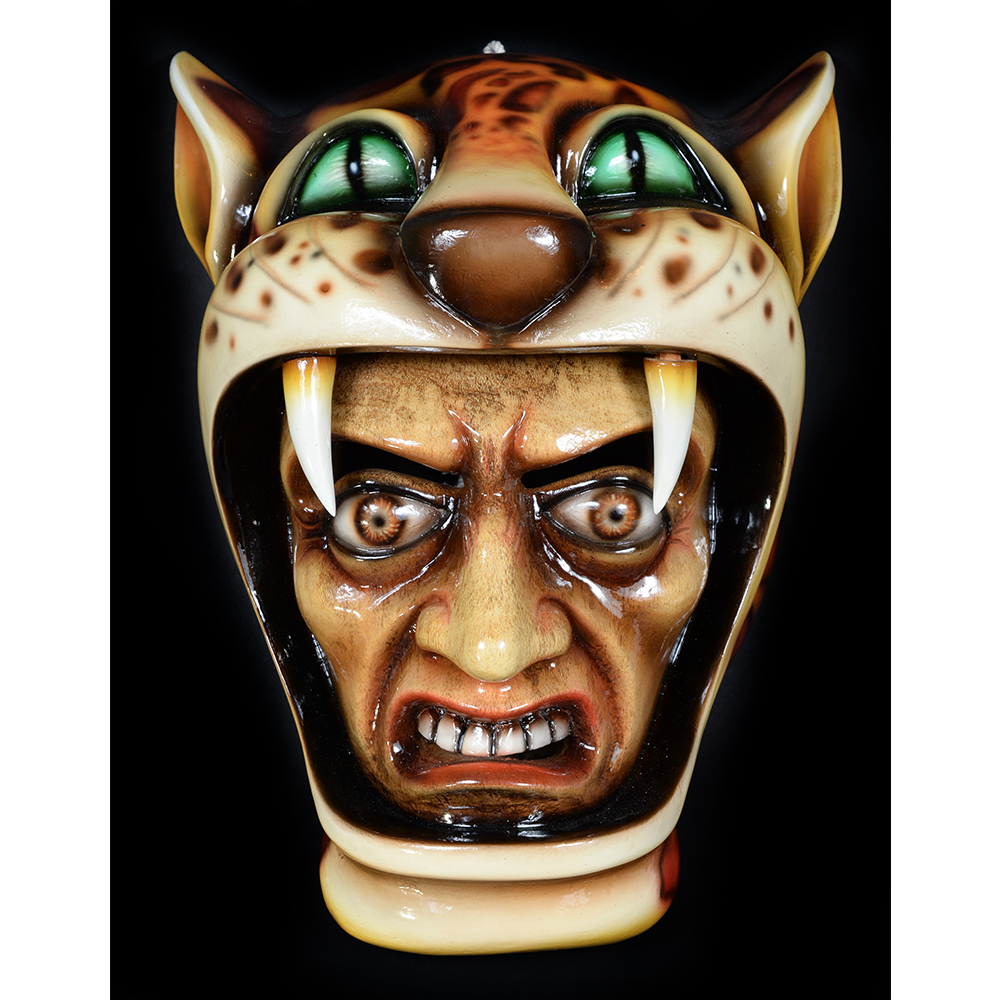 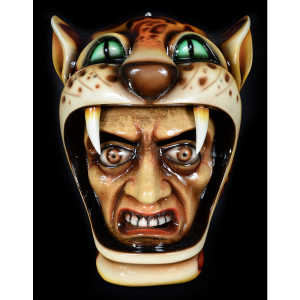 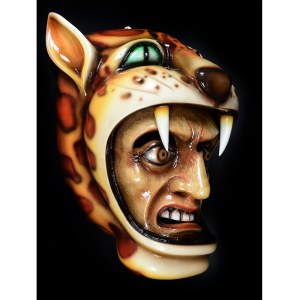 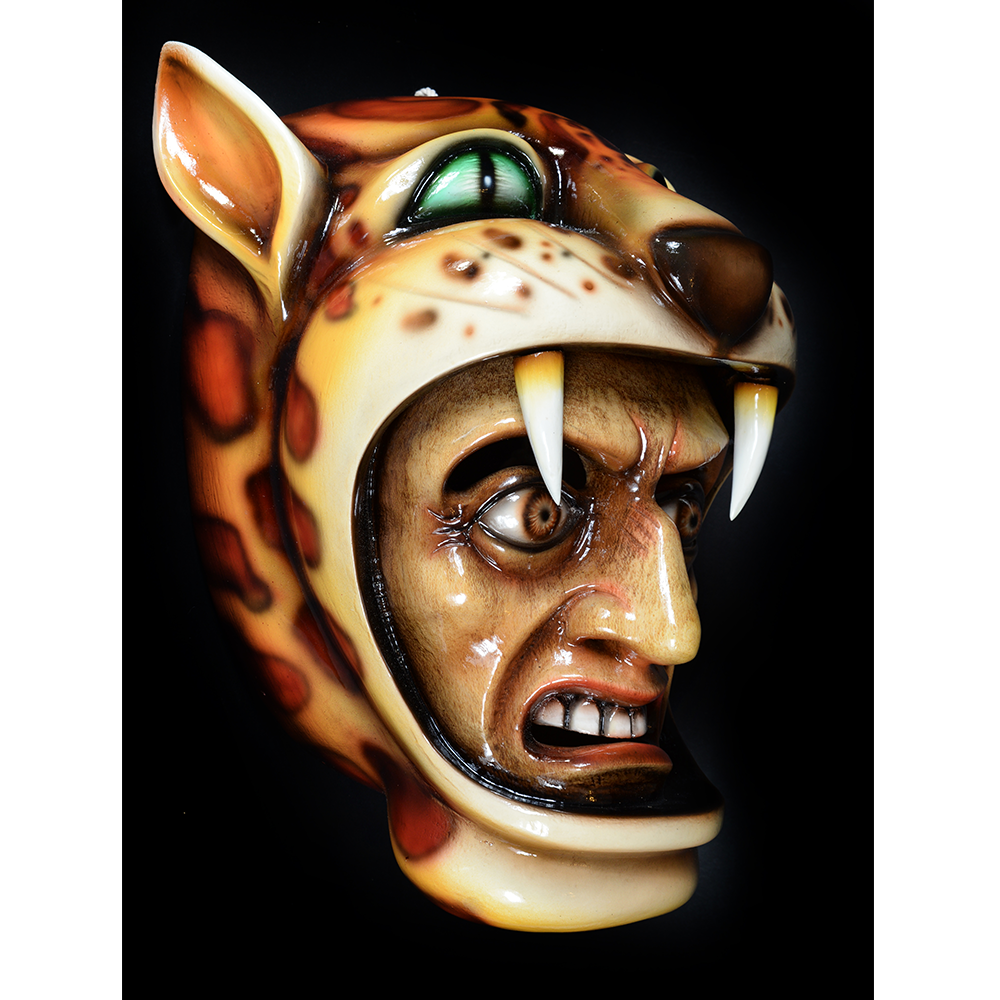 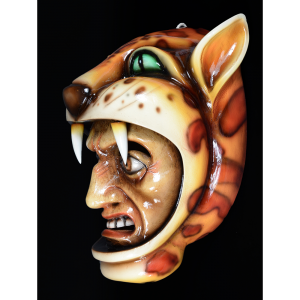 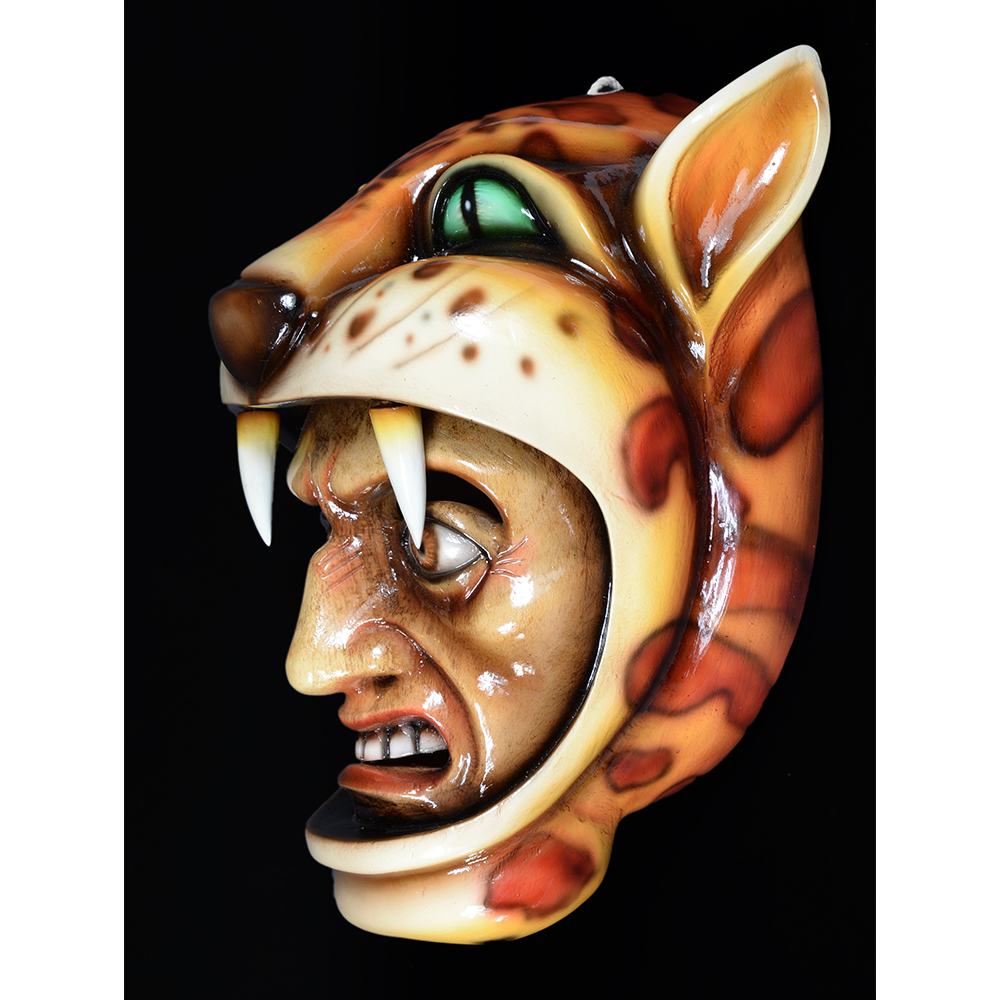 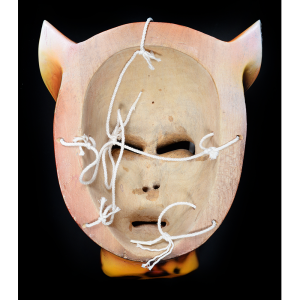 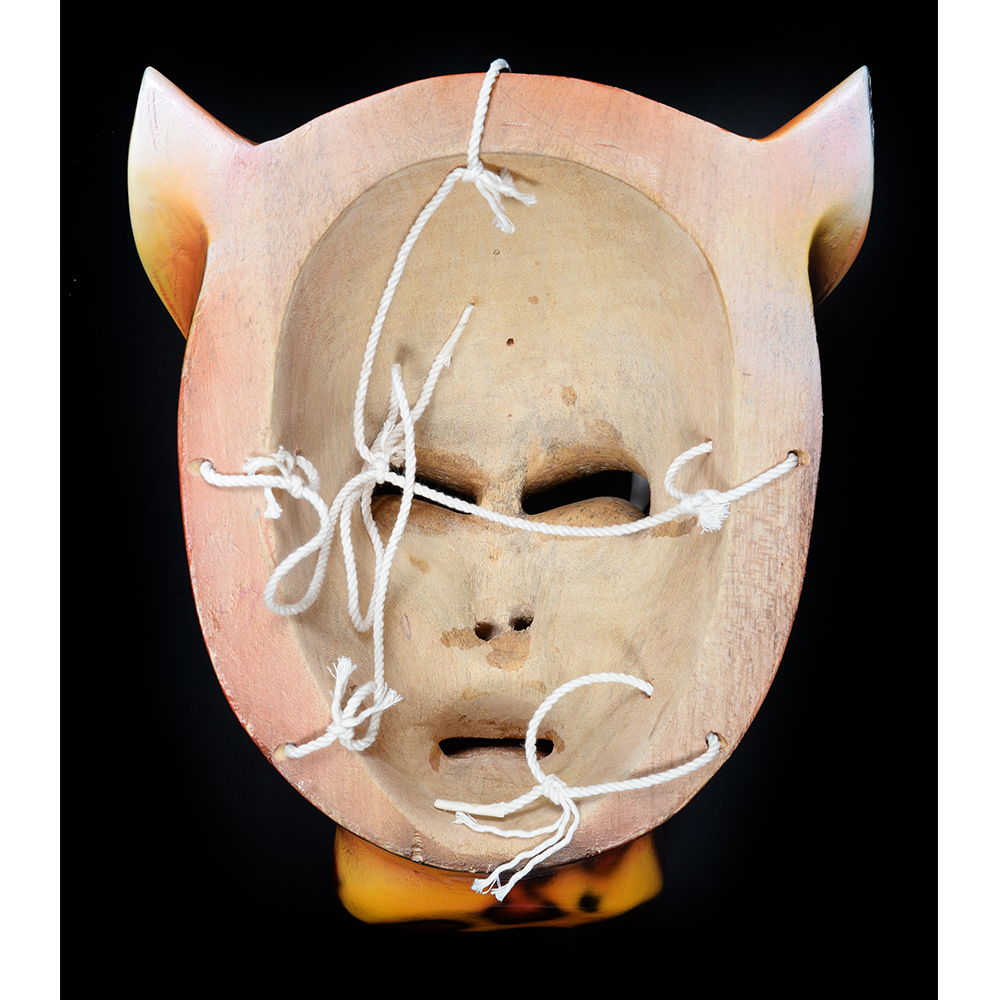 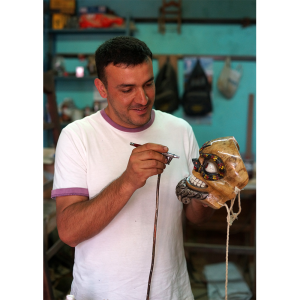 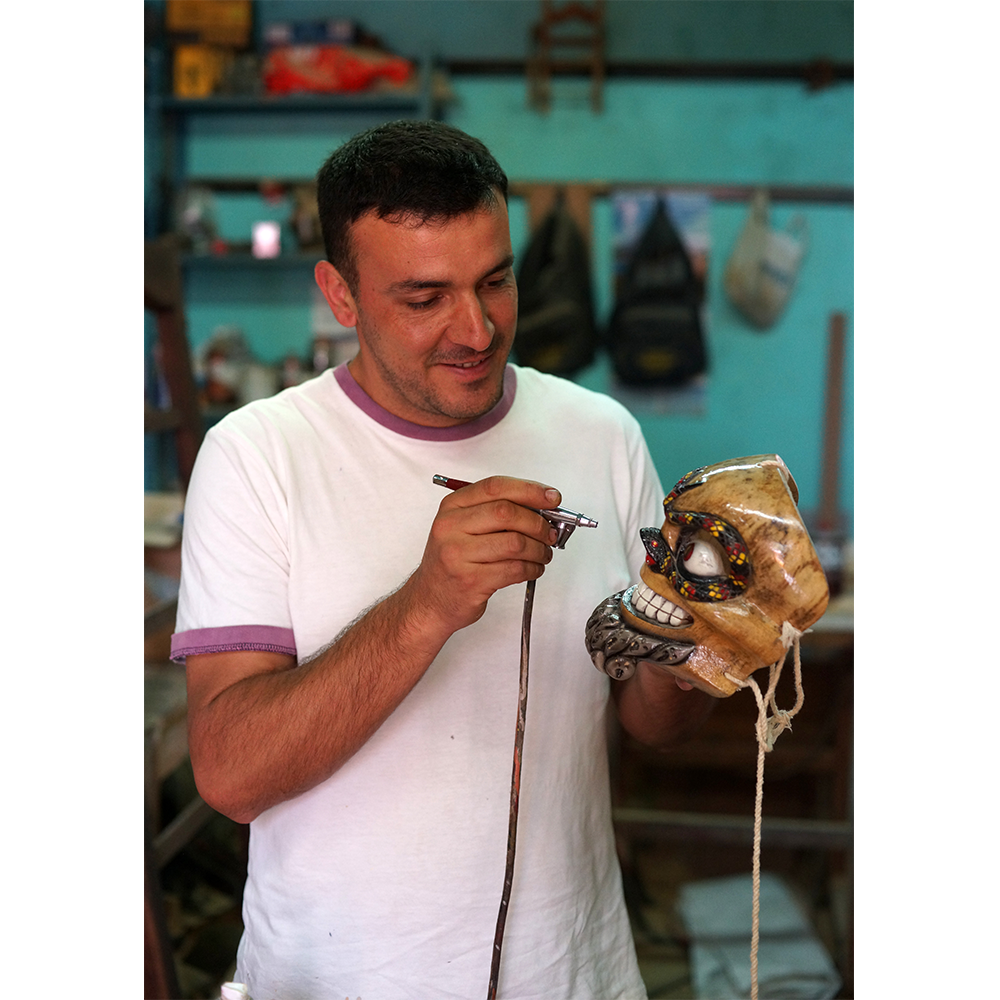 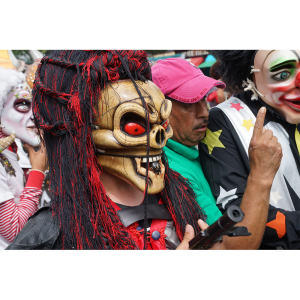 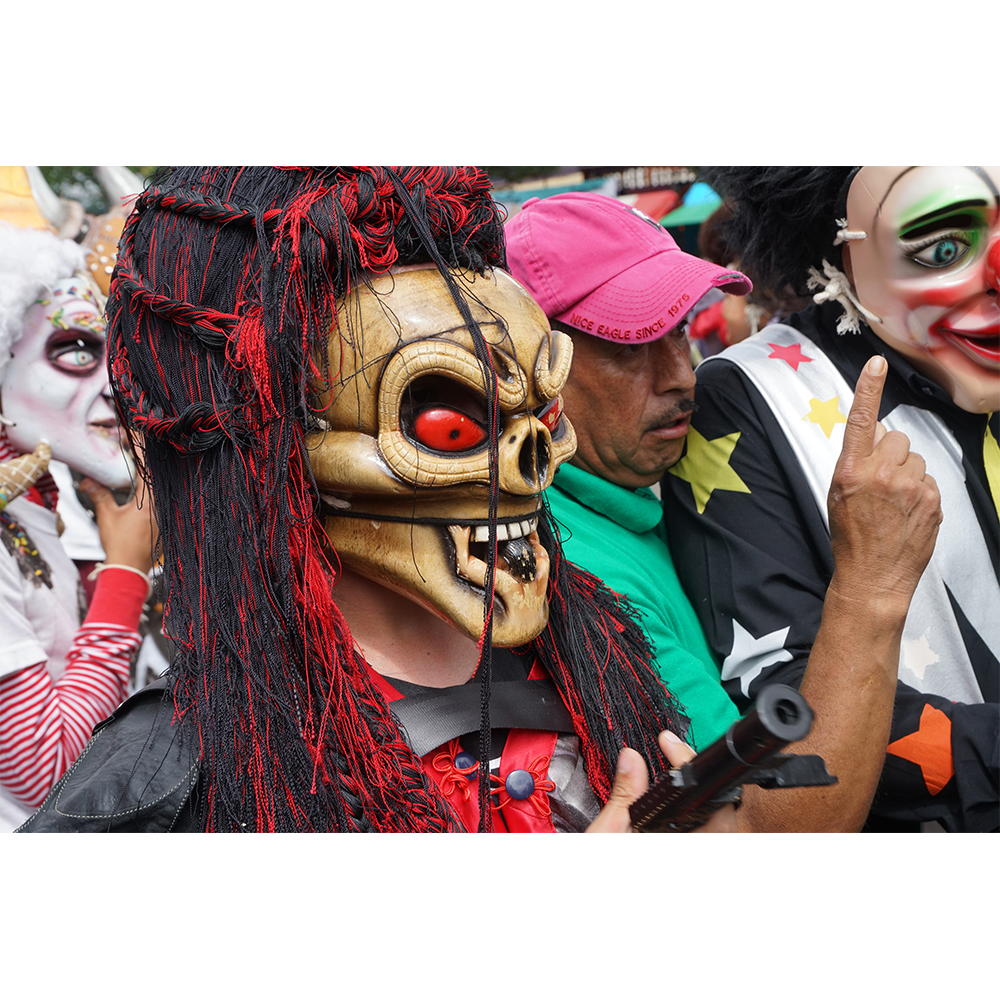 The dance is still performed widely in Mexico, including in Mexico State, Michoacán, Puebla, and Veracruz. Characters vary depending on locality, although they always include “Christians” or “Spaniards” and Moors. In Naolinco, Veracruz, the dance is performed on the holiday of the town patron saint, St. Matthew (Fiesta de San Mateo), celebrated on Sept. 20-21 every year.  There, Moors take many forms, including devils, pirates, clowns, or skeletons. Although most characters are evil, others, such as Apaches (representing indigenous Americans), are portrayed as Moors because indigenous peoples opposed the Catholic invasion of Mexico. This mask represents an Aztec ocelotecuintli, or jaguar warrior.