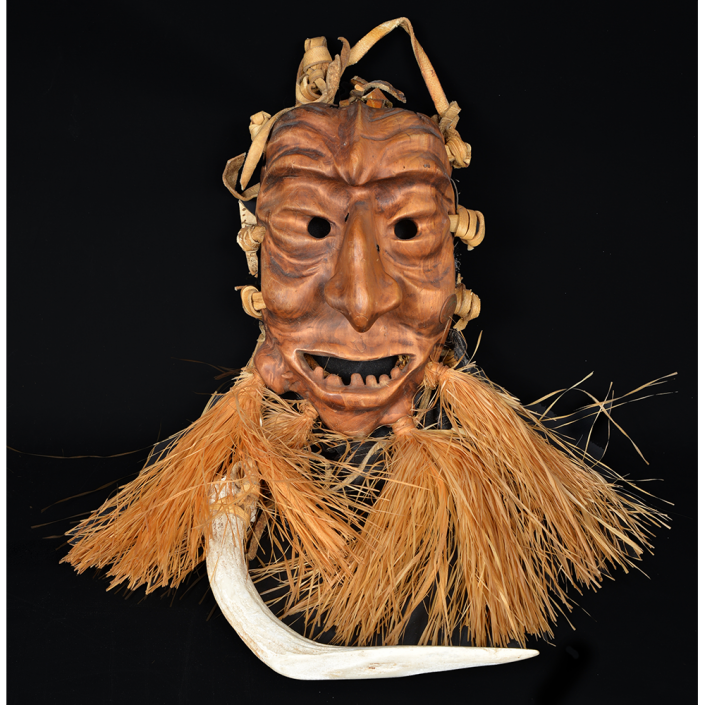 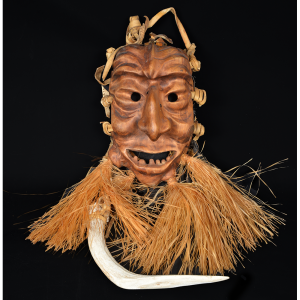 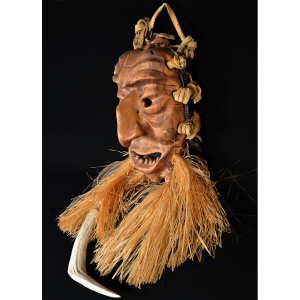 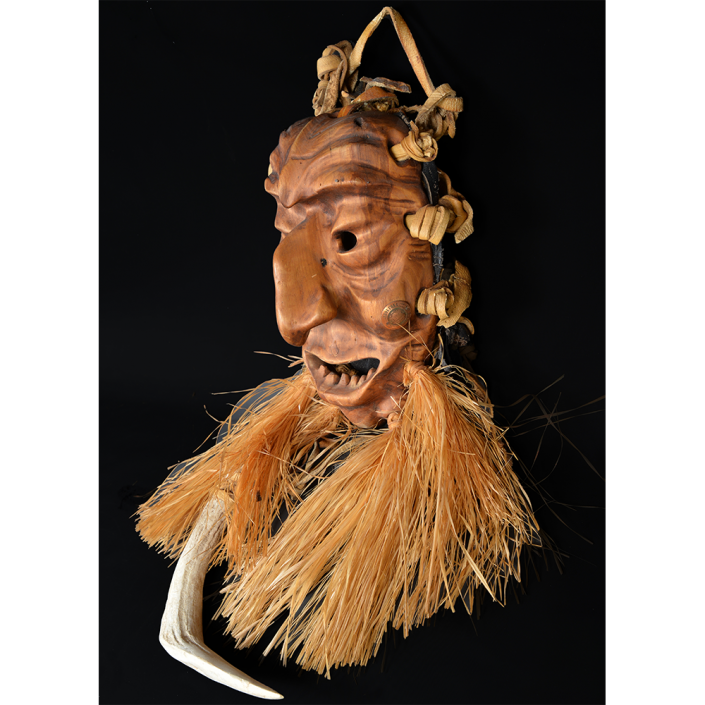 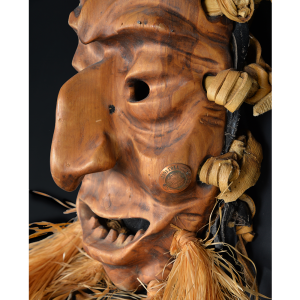 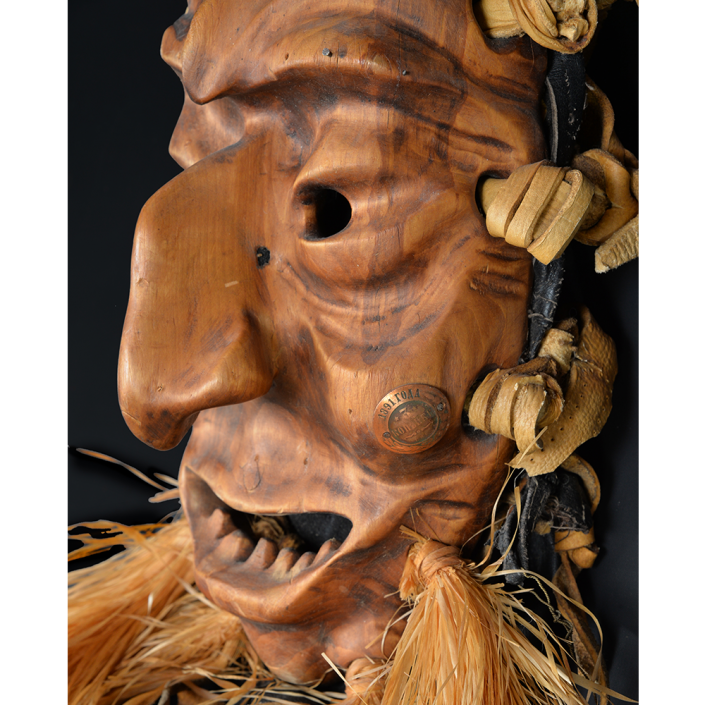 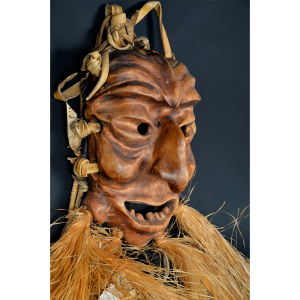 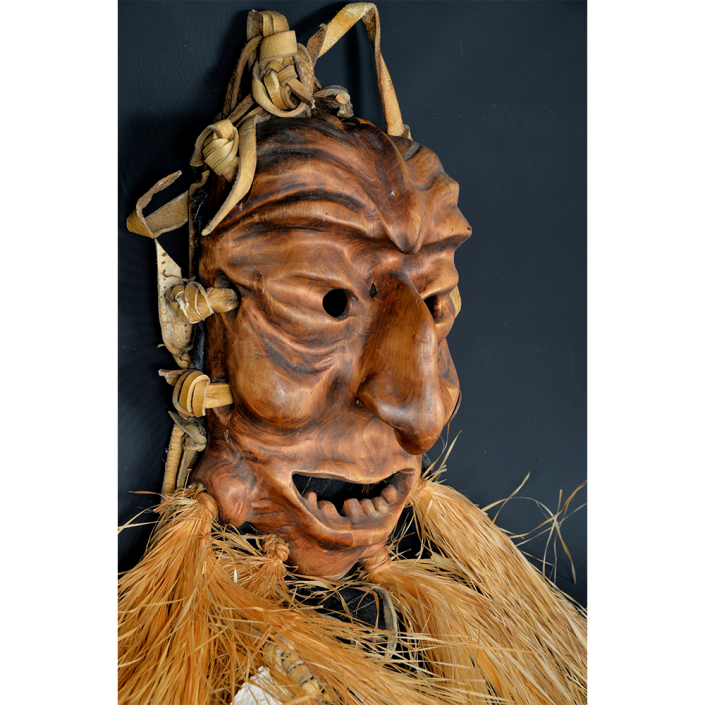 Užgavėnės is the Lithuanian festival held before Lent, much like Carnival in other parts of Europe and, also like Carnival, originating in pre-Christian animist rituals. It begins the night before Ash Wednesday, when an effigy representing Winter (Morė) is cast onto a bonfire. In addition, a fight is staged between a character personifying winter (Lašininis) and a character personifying spring (Kanapinis). Obviously, spring prevails.  Masqueraders dance and parade in costumes representing devils, witches, animals, the Grim Reaper, and other characters.

An unfortunate aspect of the celebration is that popular characters include racist stereotypes of Jews and Roma peoples (“Gypsies”). This mask represents a particularly offensive portrayal of a Jew (Judėjas), with an oversized nose, money (oddly, an 1891 Russian 3 kopek coin) nailed to his cheek to represent greed, and an antler carved into the shape of a horn attached, possibly to represent a connection to the Devil. Enlightened Lithuanians have increasingly called for the abolition of traditional racist characters in Carnival.