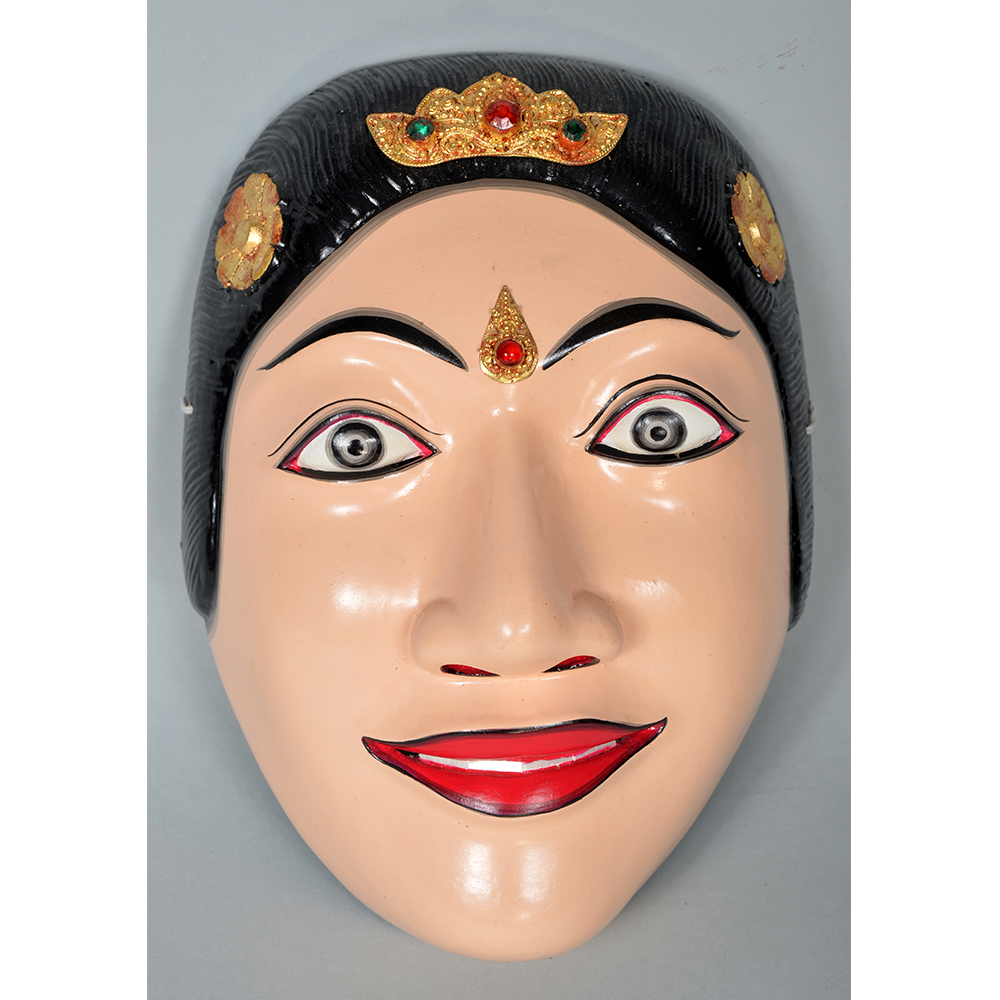 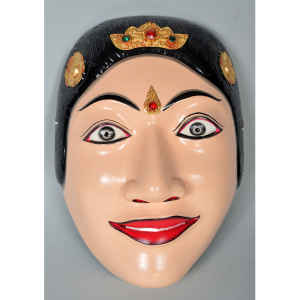 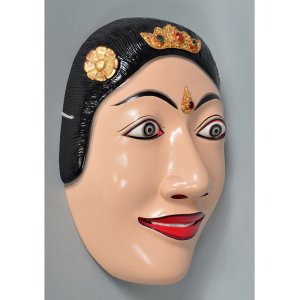 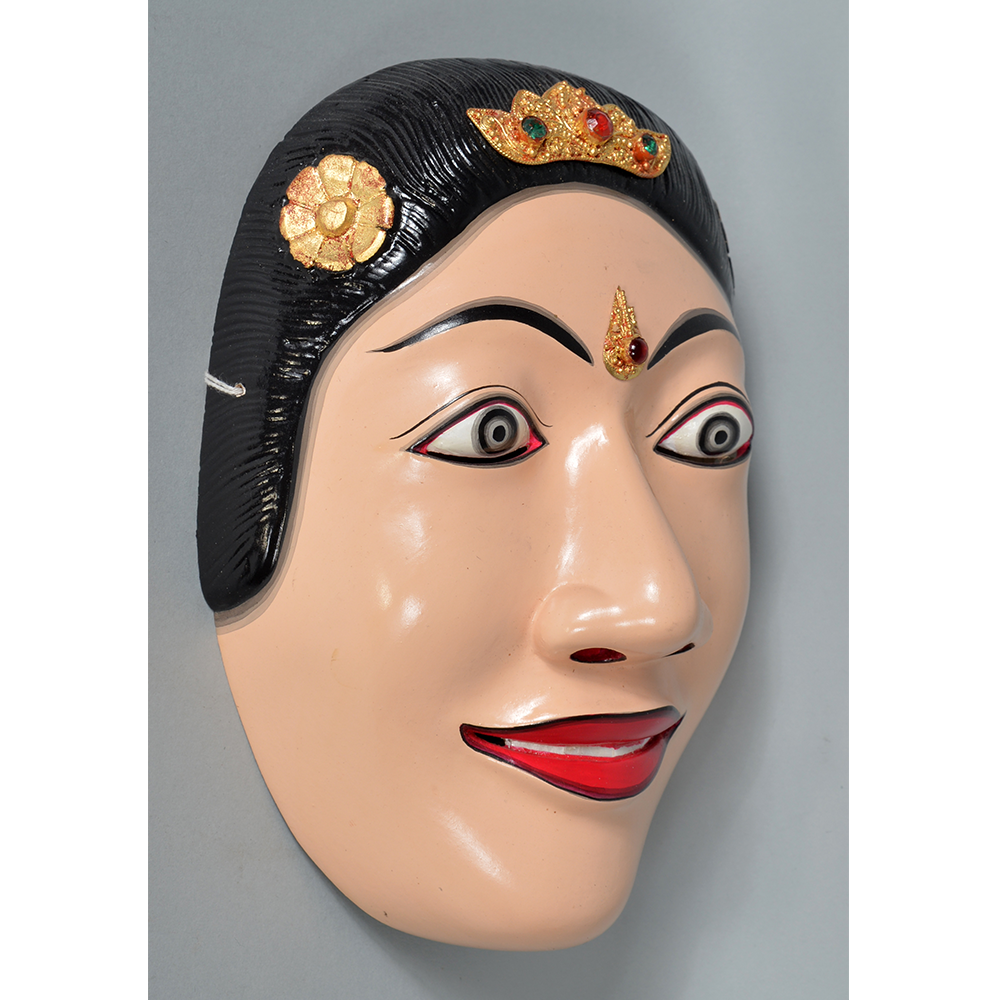 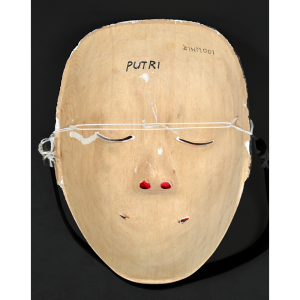 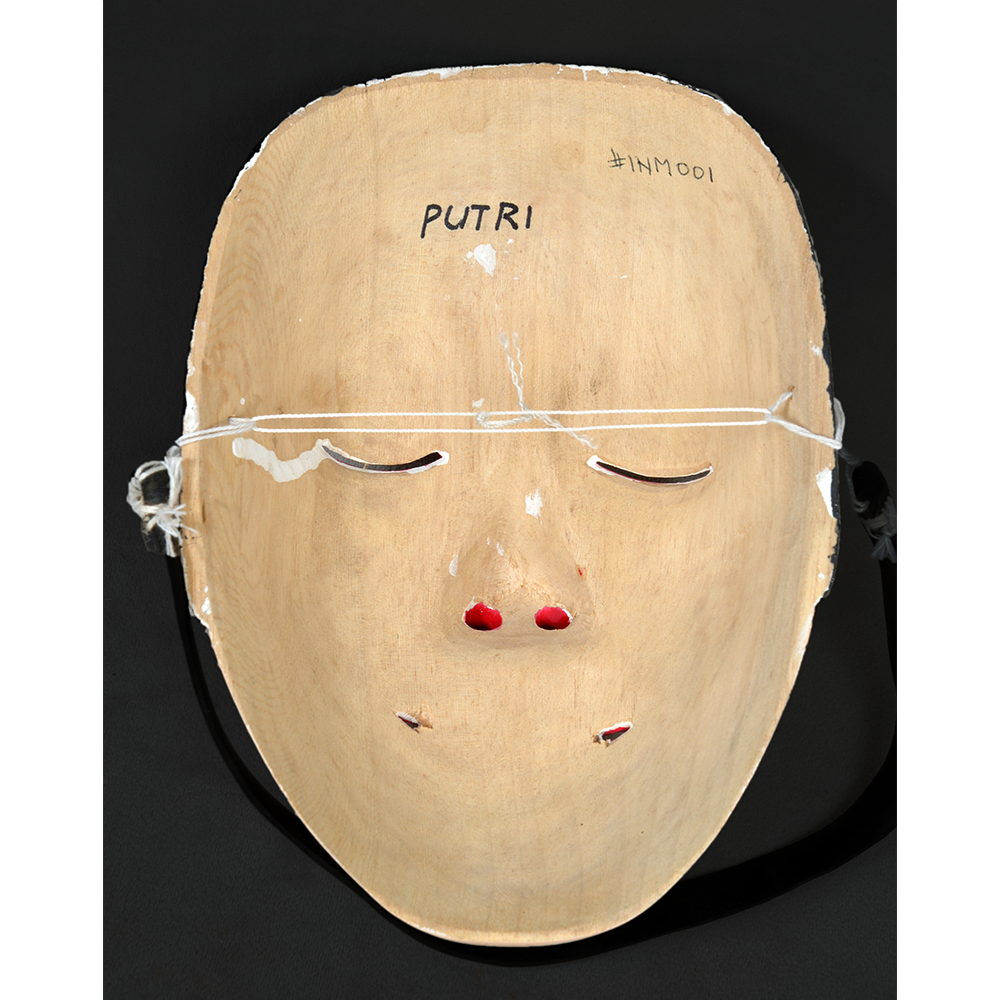 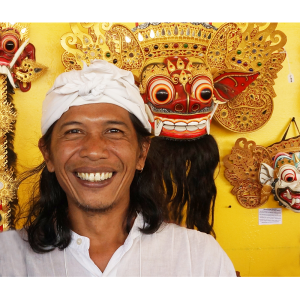 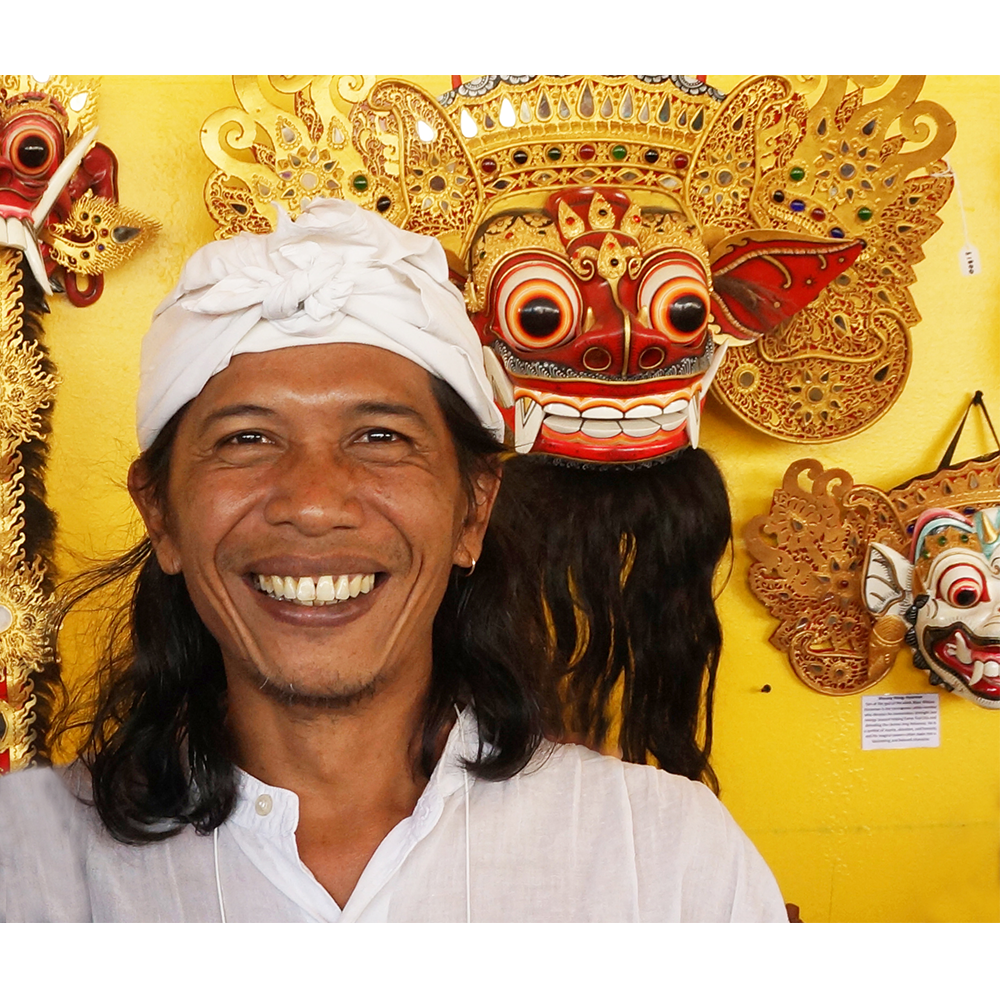 This specific mask represents a character known as Raja Putri, the ideal queen or wife of a high ranking court official.  It was formerly played solely by men as a difficult solo dance, but it is rarely performed any more.