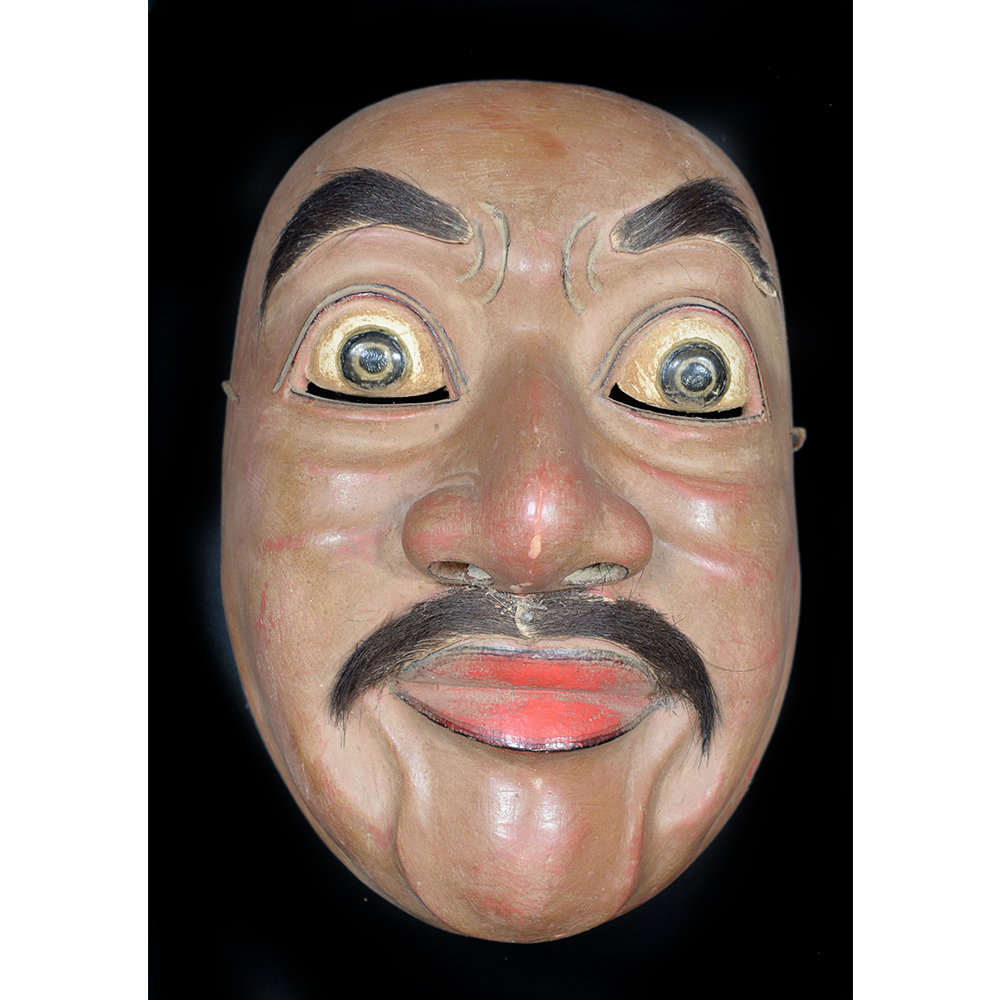 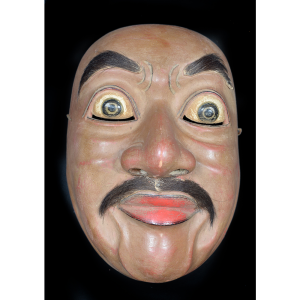 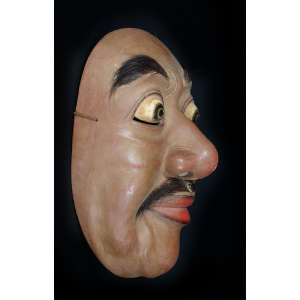 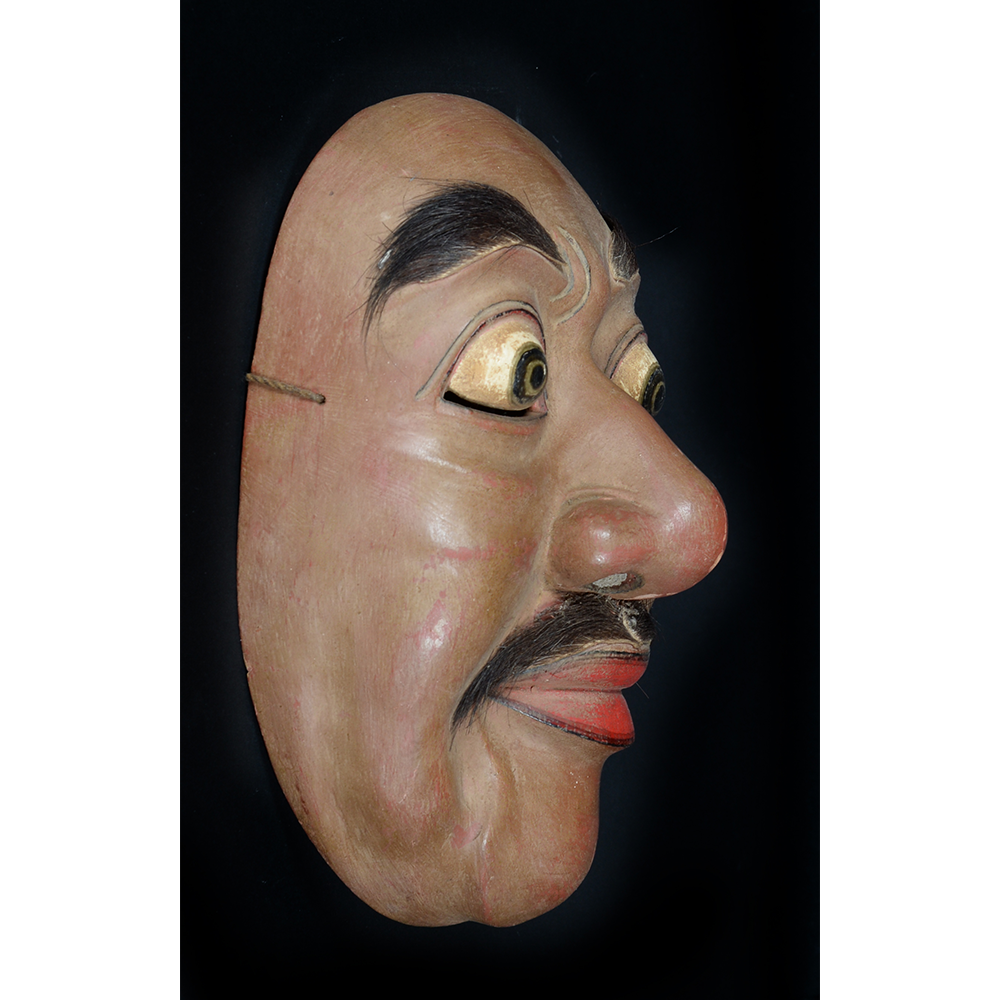 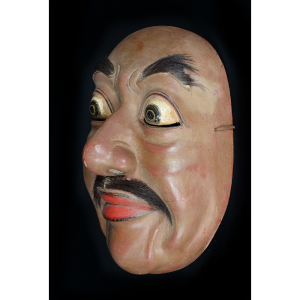 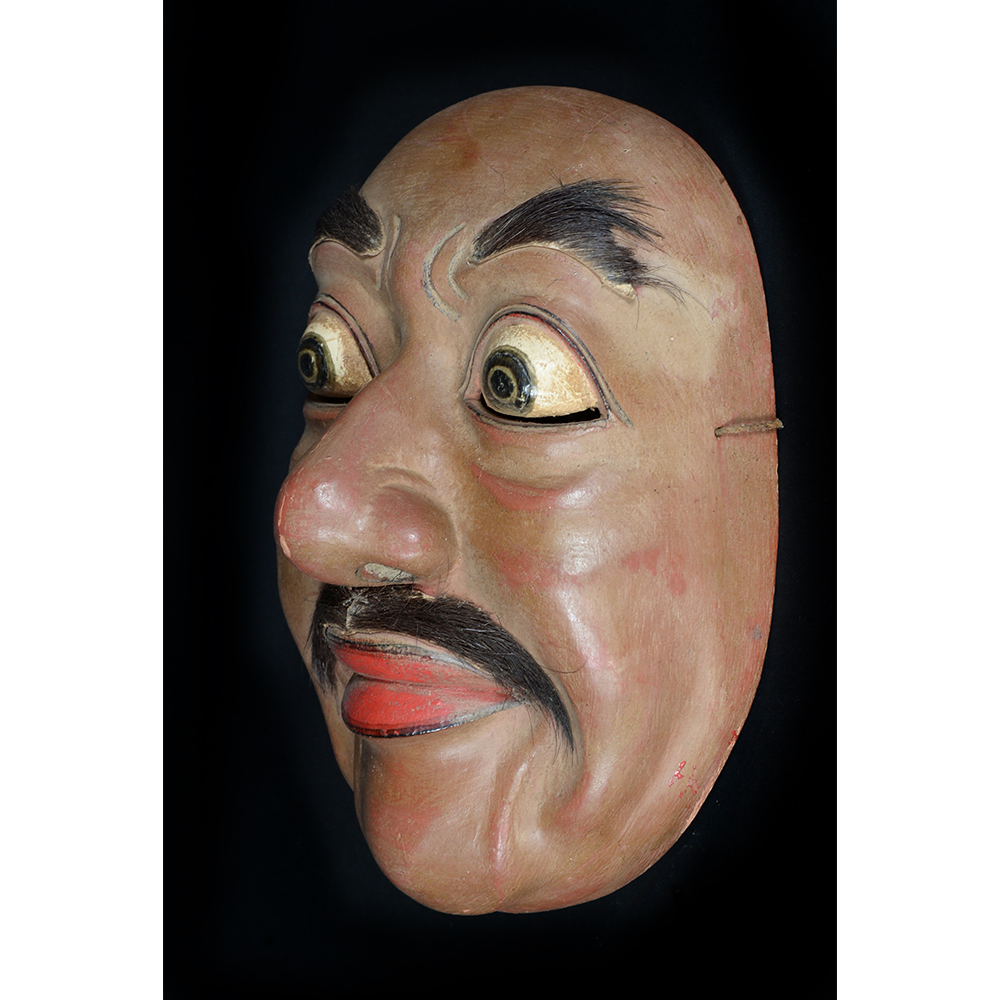 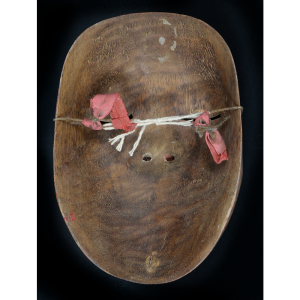 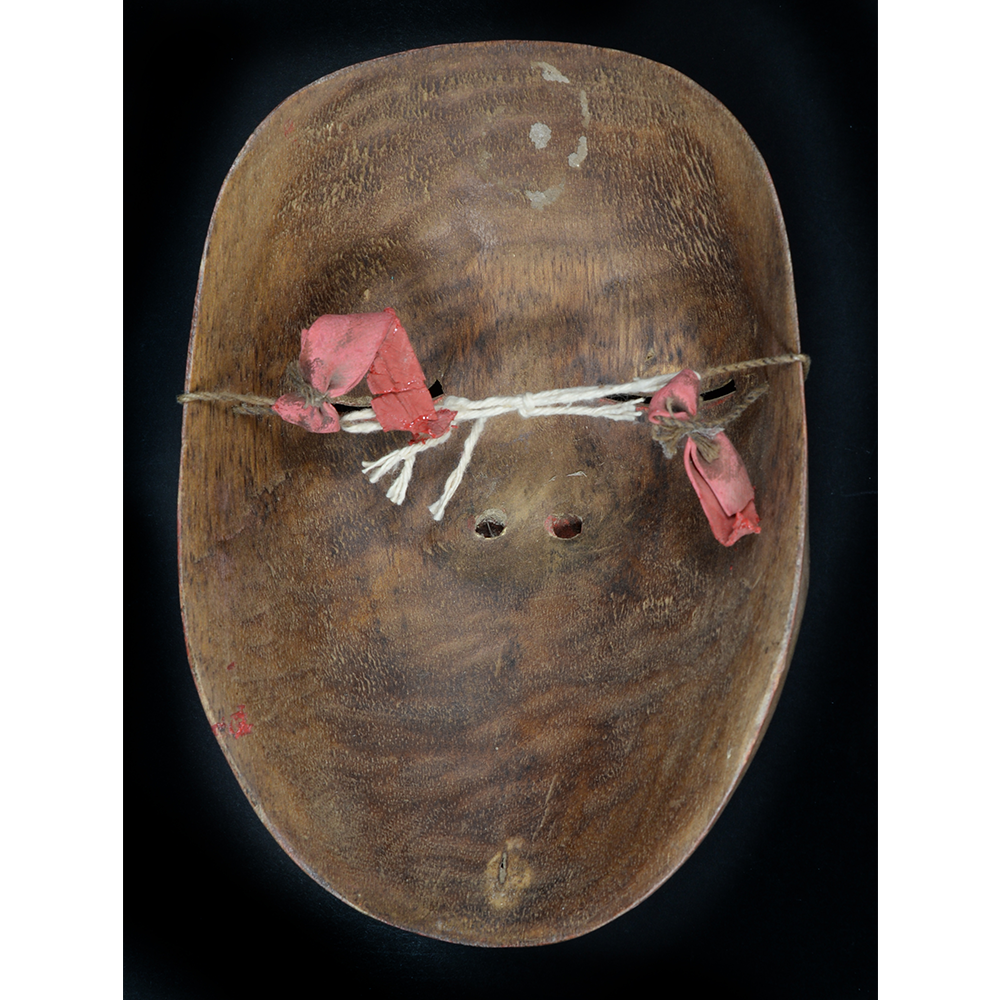 This specific mask represents a character known as Patih Manis, who is the prime minister in the royal court. He has a mild temperament, which is reflected in his facial expression.