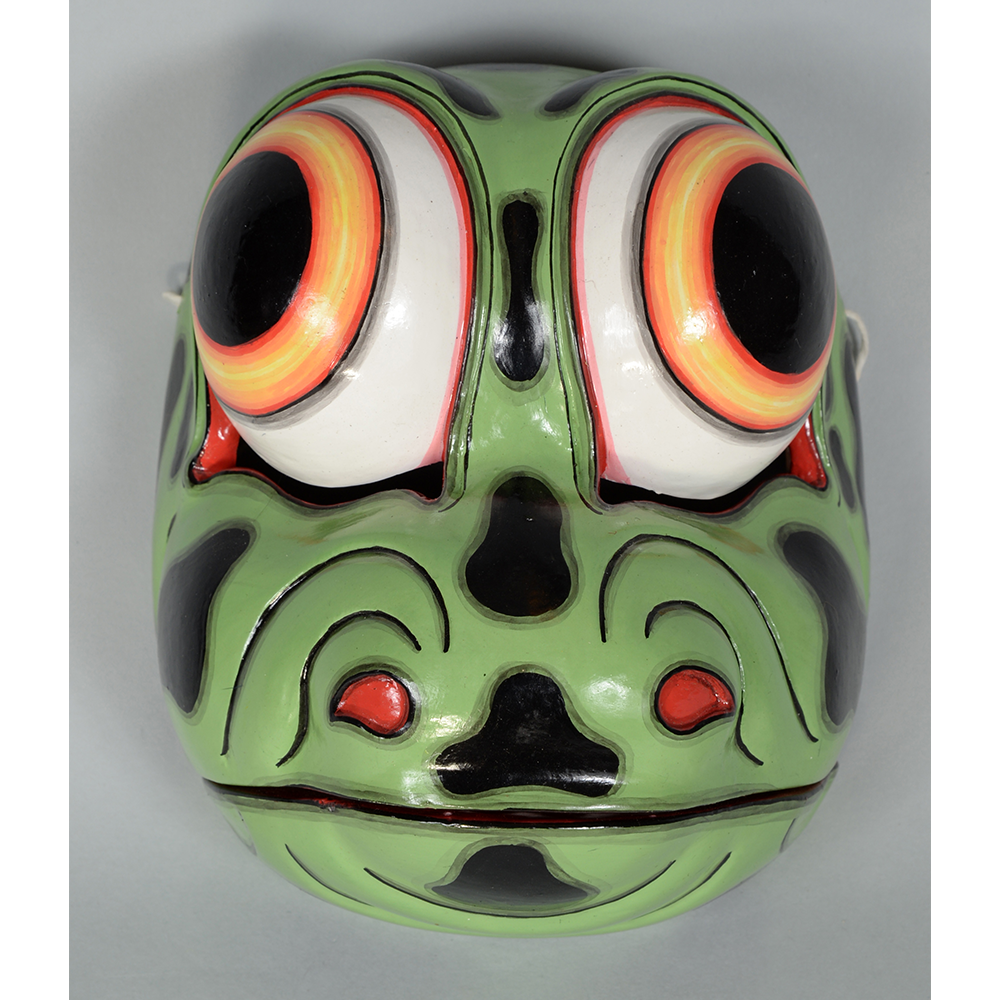 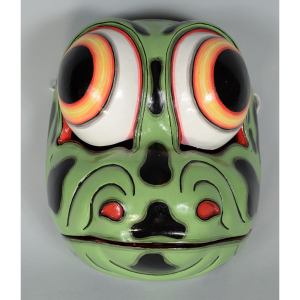 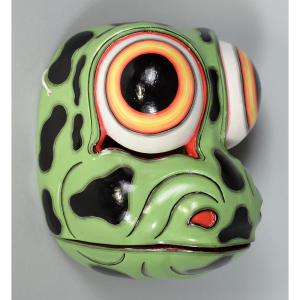 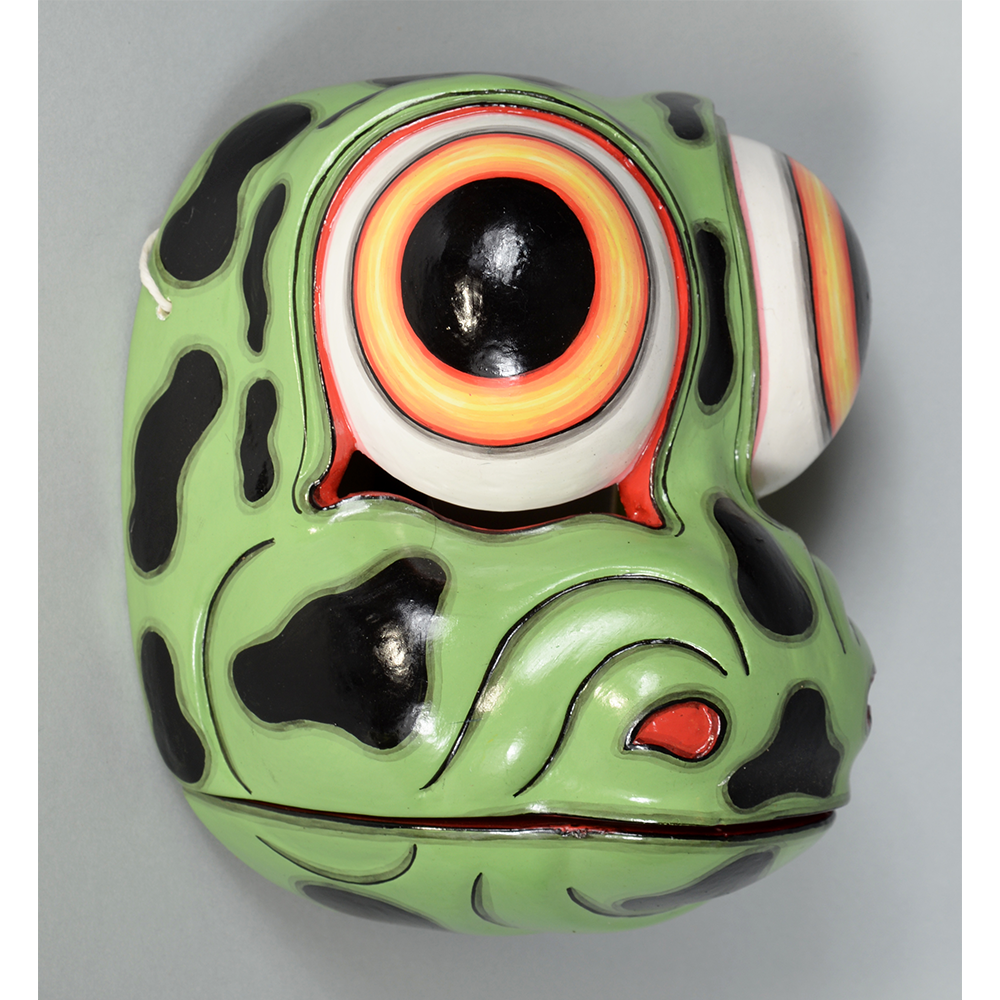 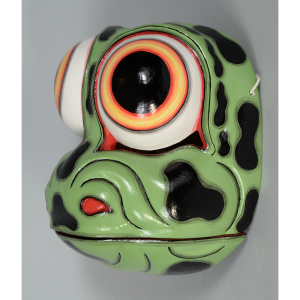 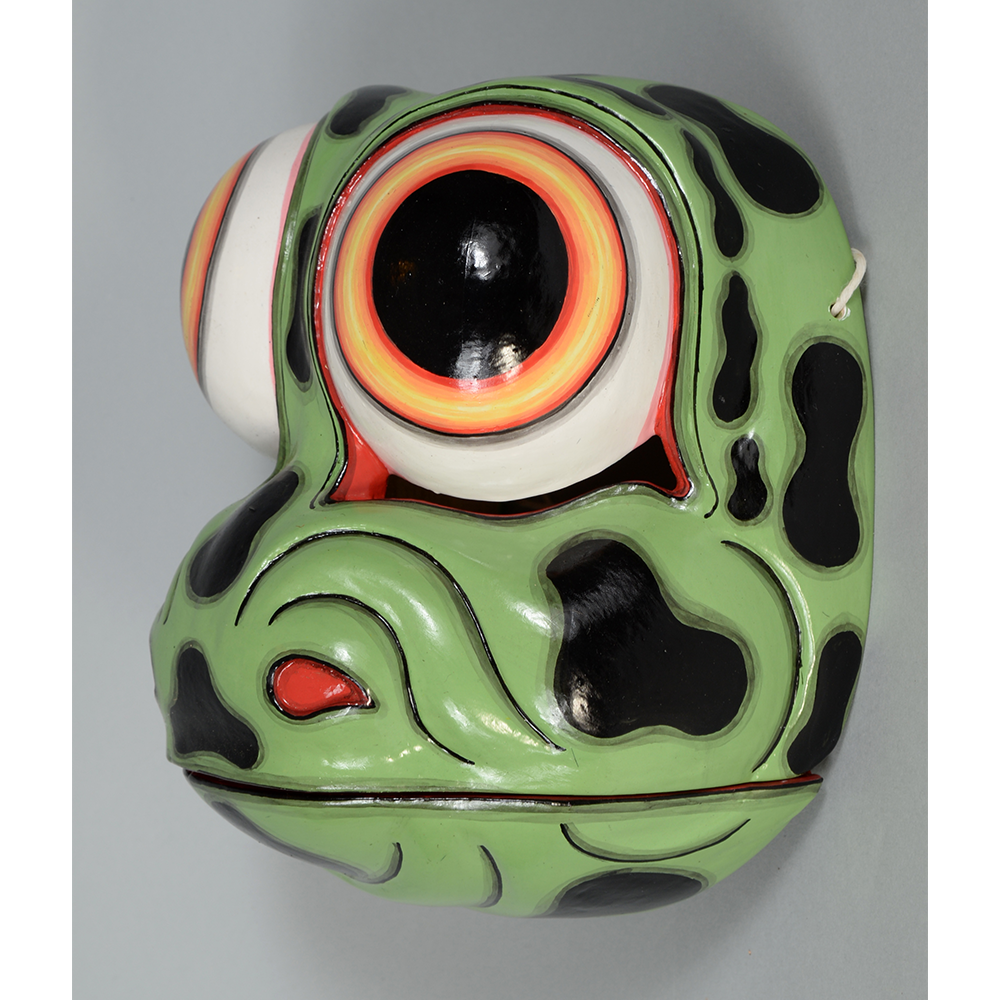 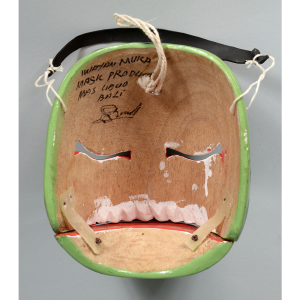 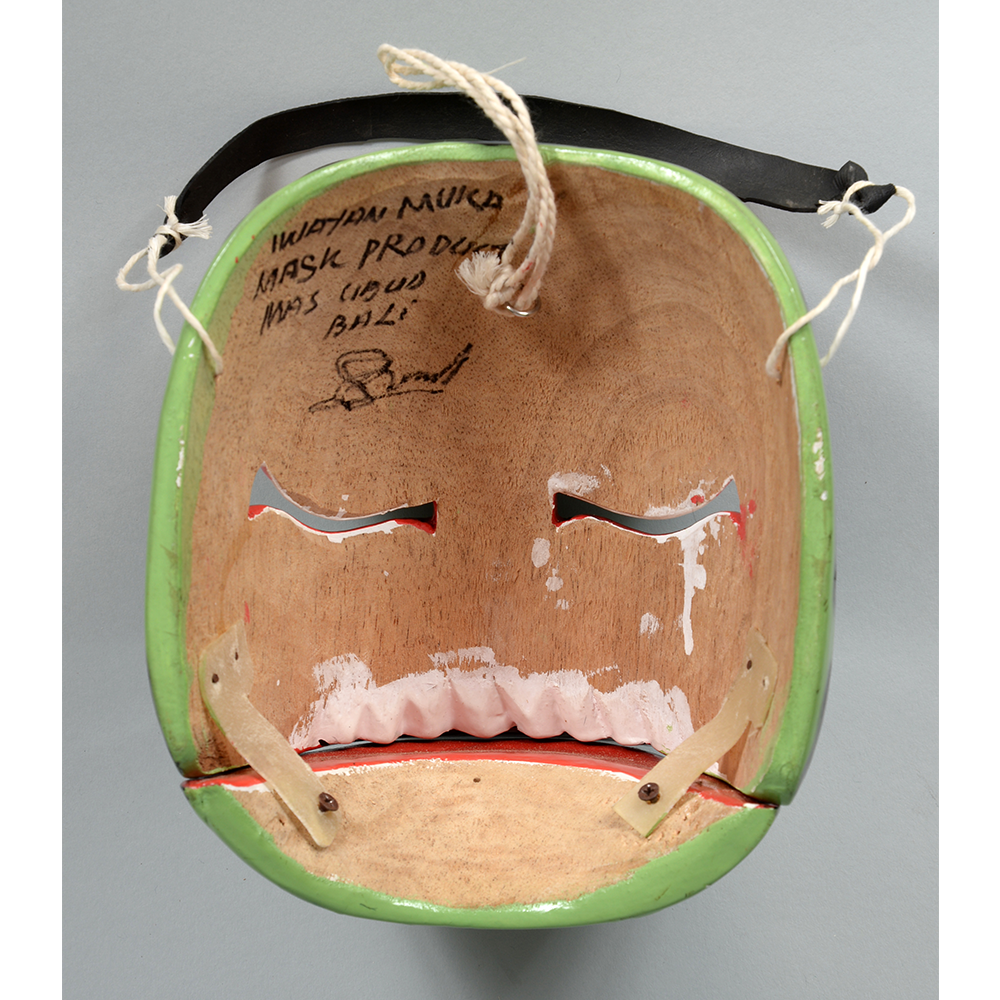 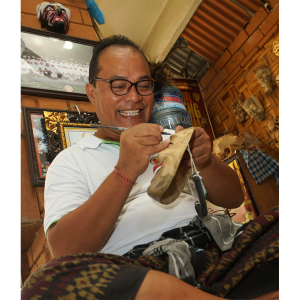 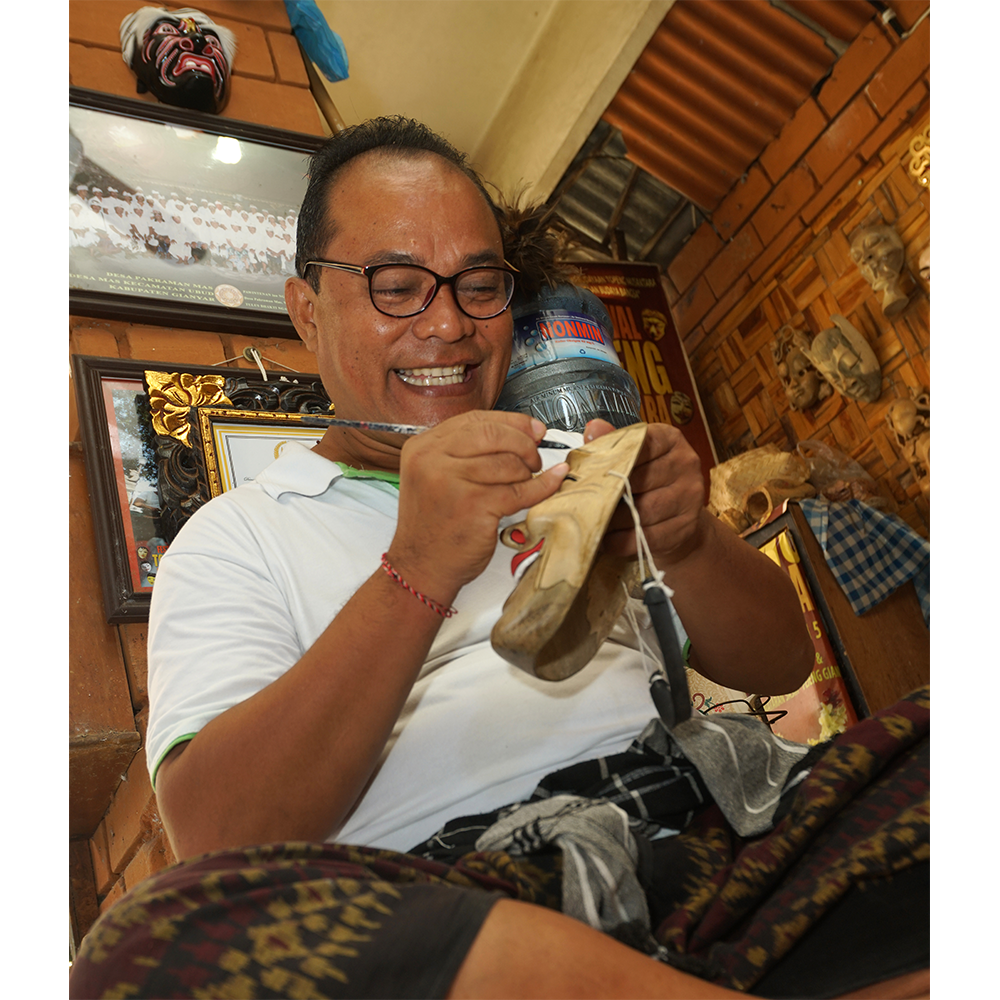 The Topeng dance drama is an important traditional entertainment and education on the island of Bali, Indonesia. Its origin can be traced to the oral history of the Balinese people and venerable palm-leaf written histories, influenced by Hinduism imported from India. The dance may have originated as early as 840 CE. Most stories depicted in this drama, called Babad Dalem, tell a political history of the islands of Bali and Java as written by the court poets of the regional kings.

Other stories are folk tales. This specific mask represents a character known as Kodok.  Kodok is a frog princess from an eponymous story (Kodok Ngokek). In the drama, Kodok‘s parents oppose her marriage to a frog prince (Godogan), and play revolves around the prince’s efforts to win their approval. The mask was carved and painted by the master craftsman I. Wayan Muka.