You are here: Masks1 / Tibetan Lakhe 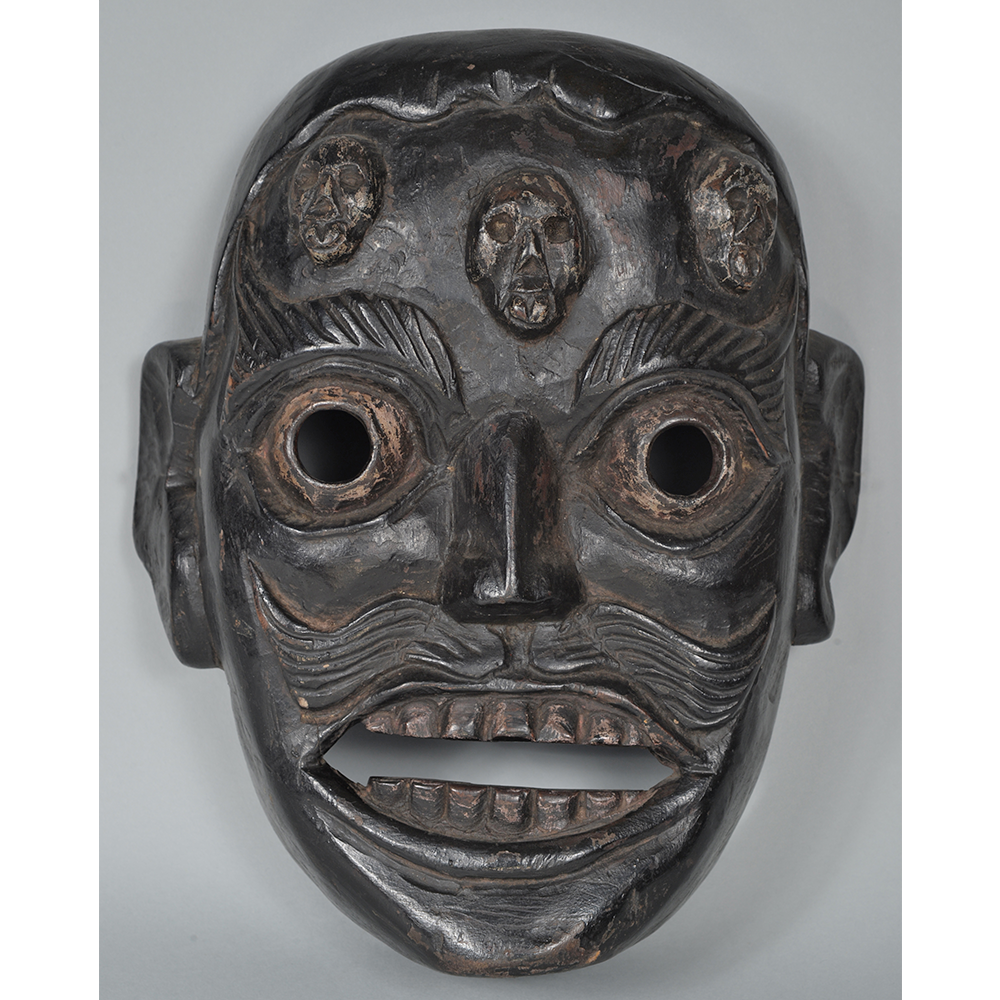 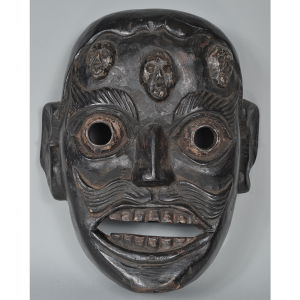 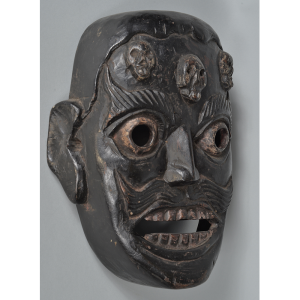 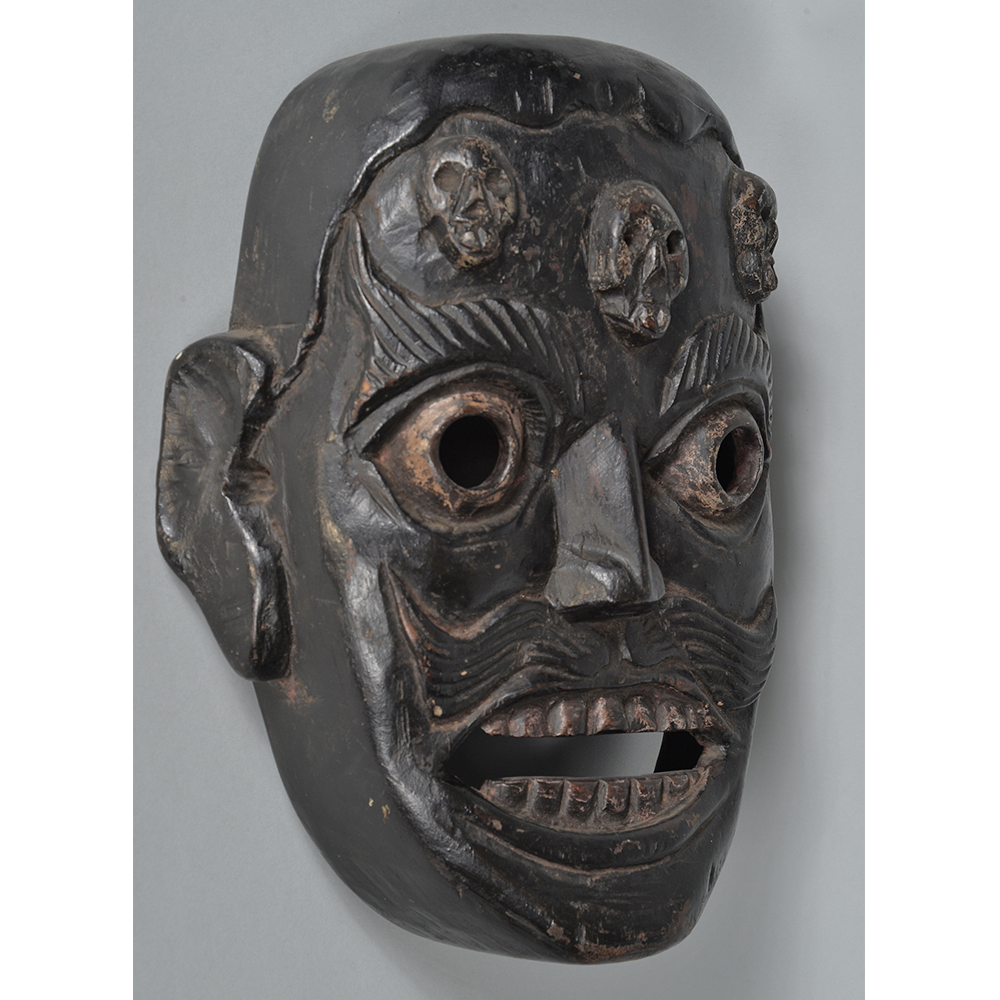 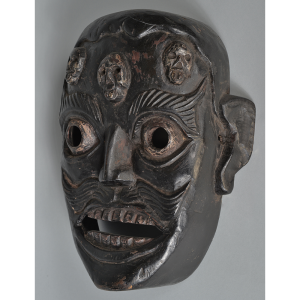 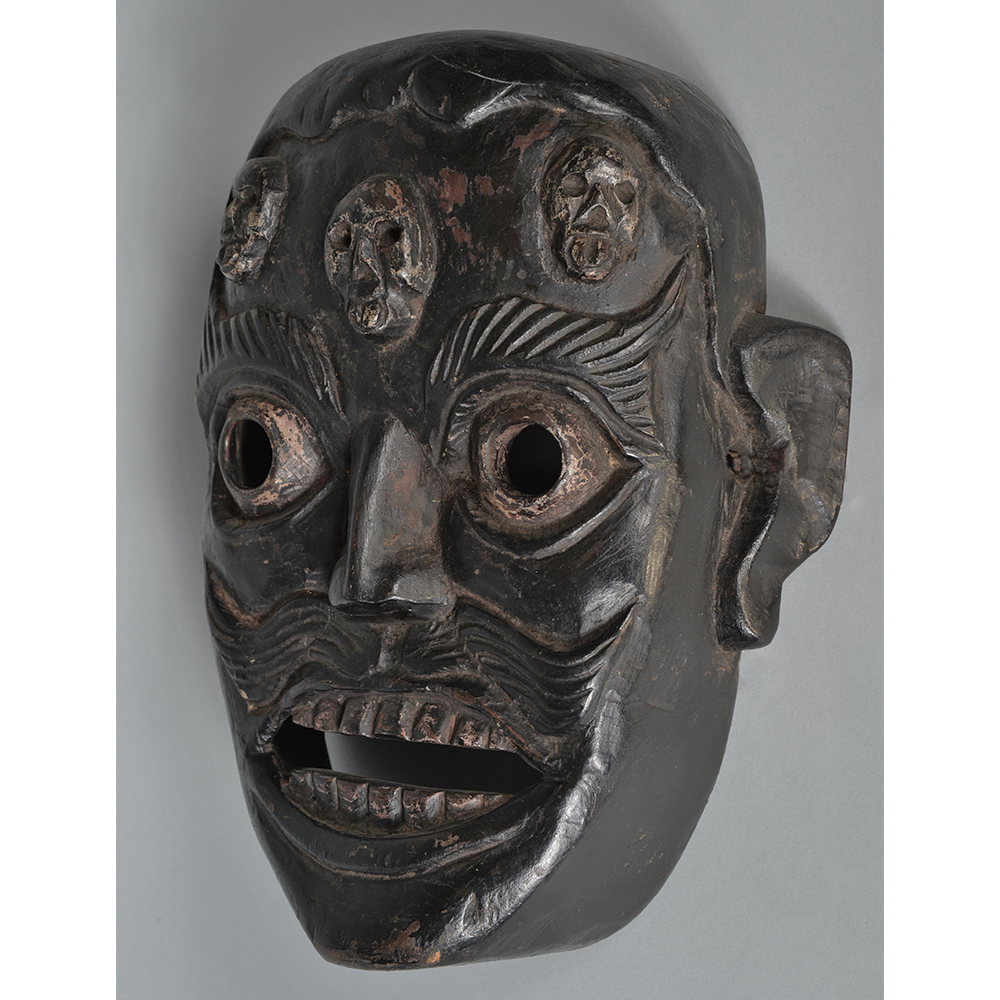 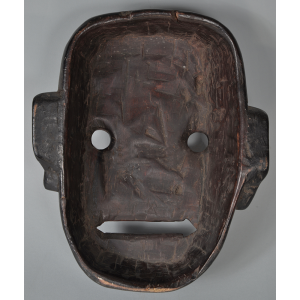 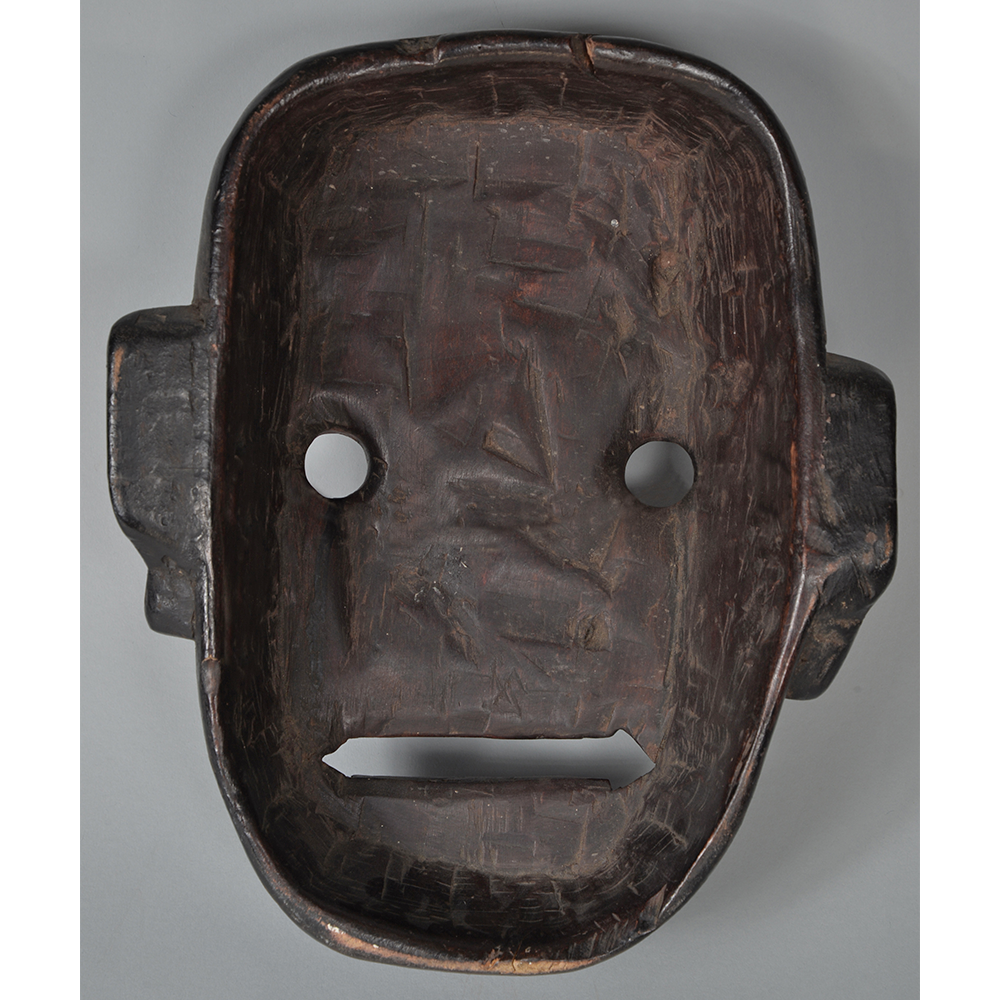 Shamanic masks arise from animistic religious beliefs rather than Hindu or Buddhist influences. The shamanic influence in Himalayan societies probably arrived from Mongolian nomadic invaders.  The aspiring shaman must depart the community and live in isolation to commune with nature spirits. If the aspirant succeeds, he or she returns to the village with supernatural powers to invoke ancestor and nature spirits that can be either malevolent or protective and turn them to the good of the community.  This gives the shaman healing and divination powers that are used in major life events, such as births, illness, marriage, or death.  Masks are worn during these ceremonies to help the shaman mediate between the material and spiritual worlds.

This mask appears to represent Lakhe, a local demon with a connection to the Hindu god Indra.