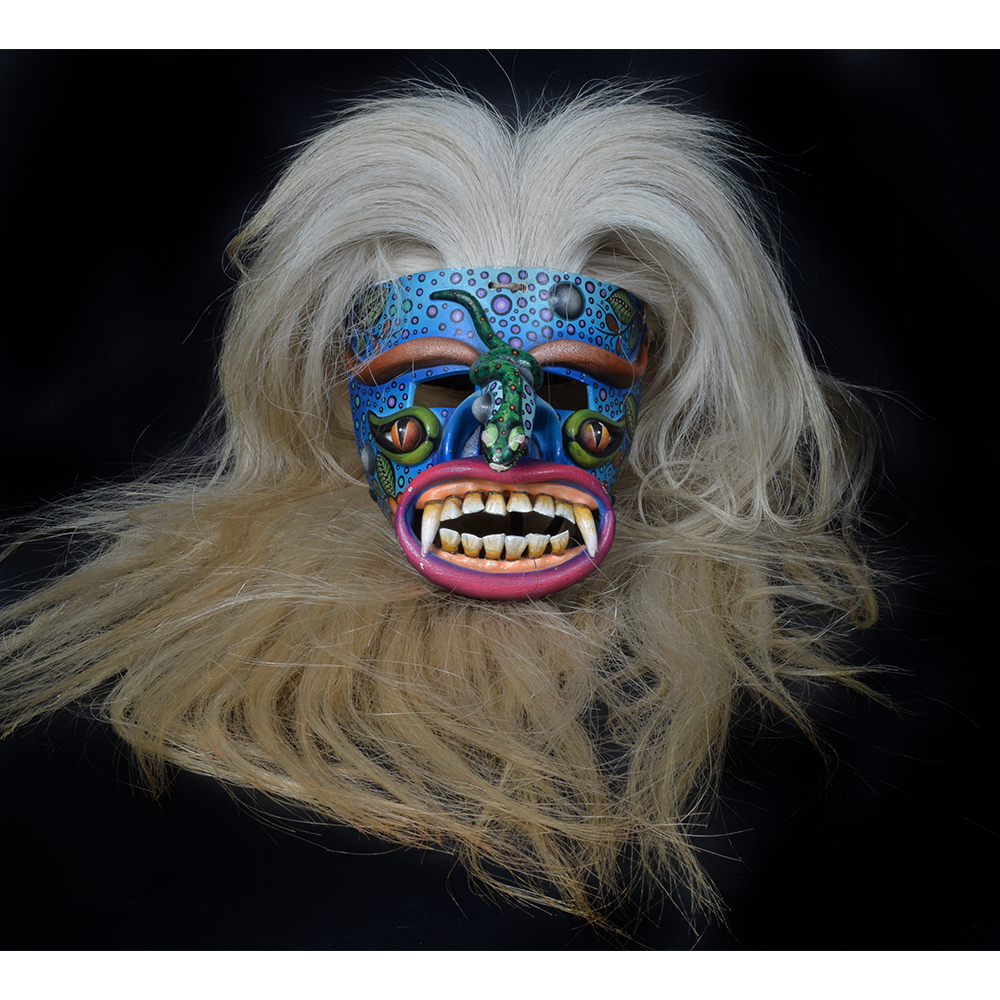 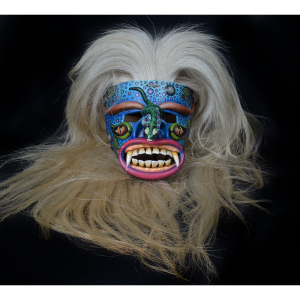 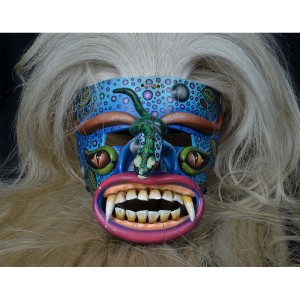 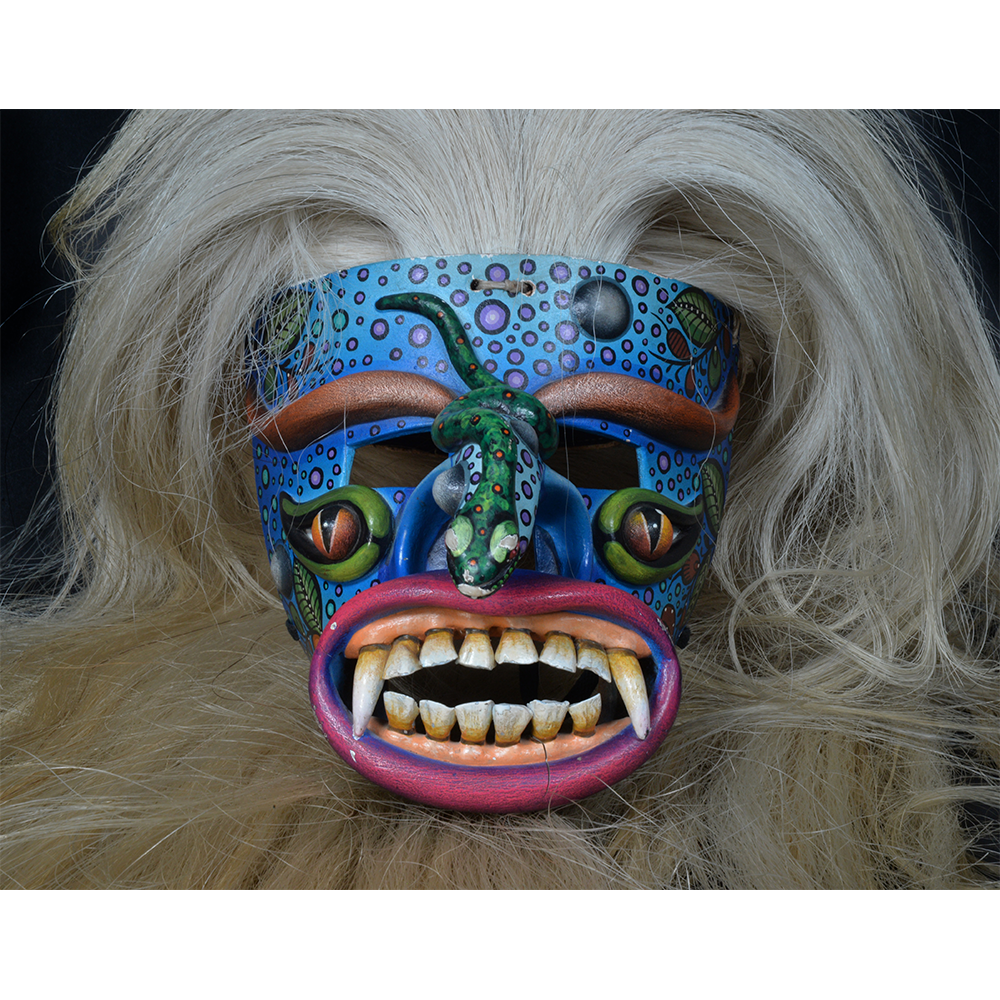 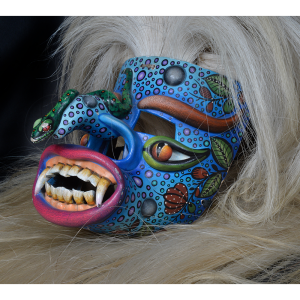 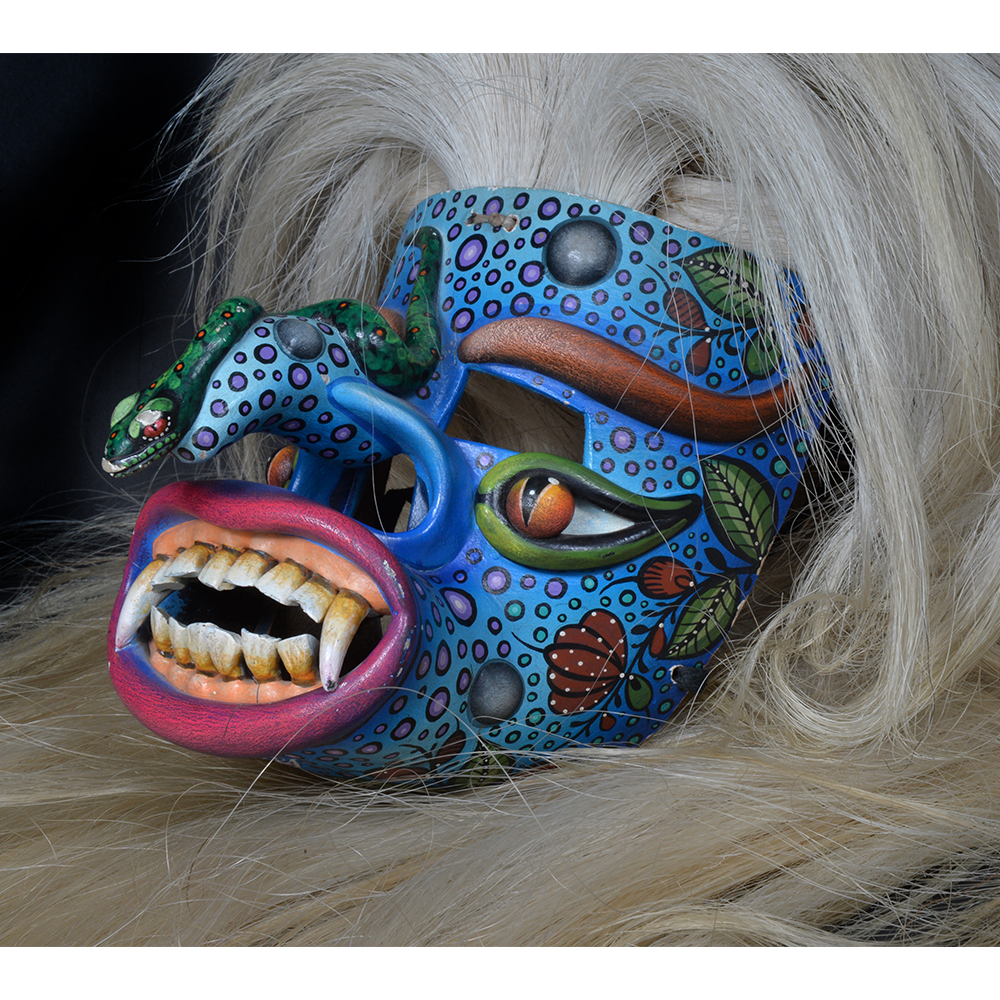 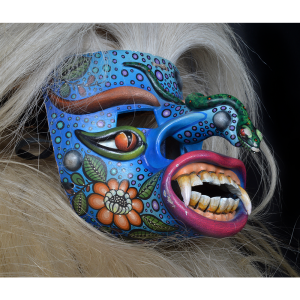 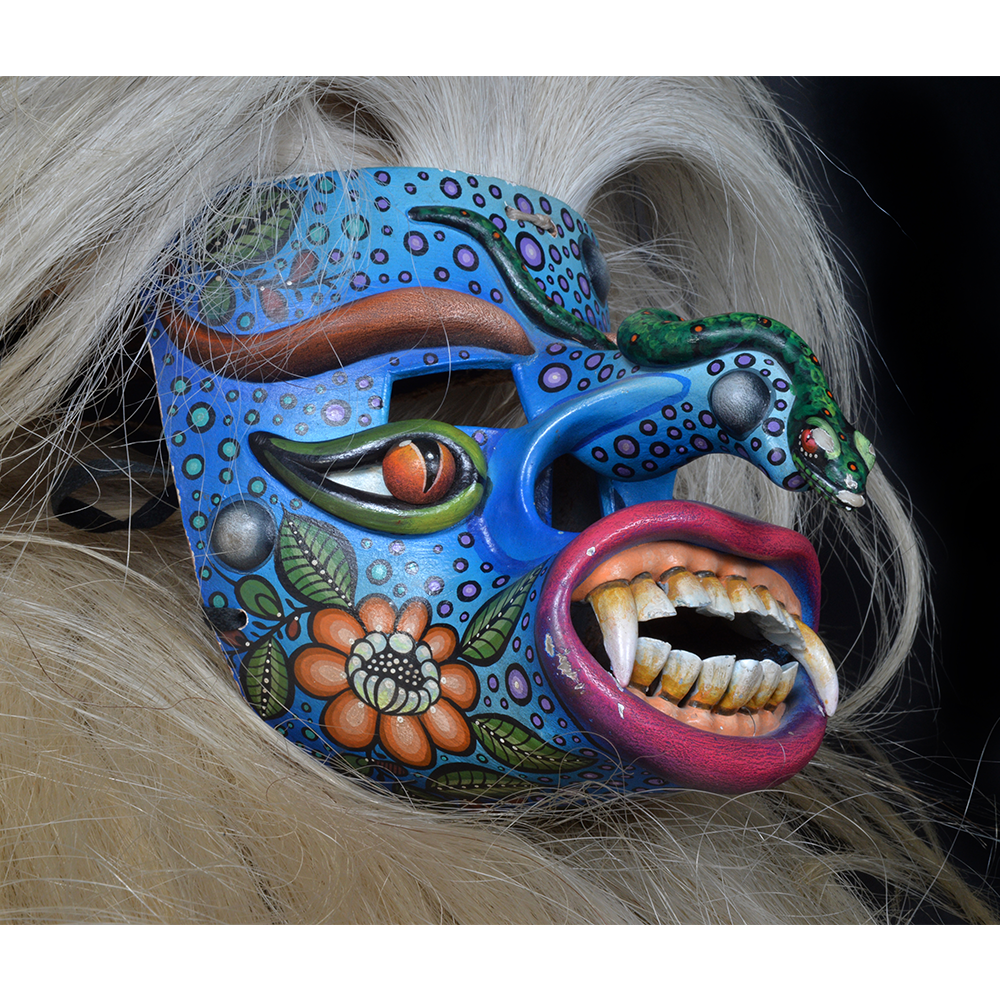 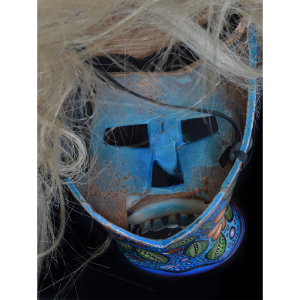 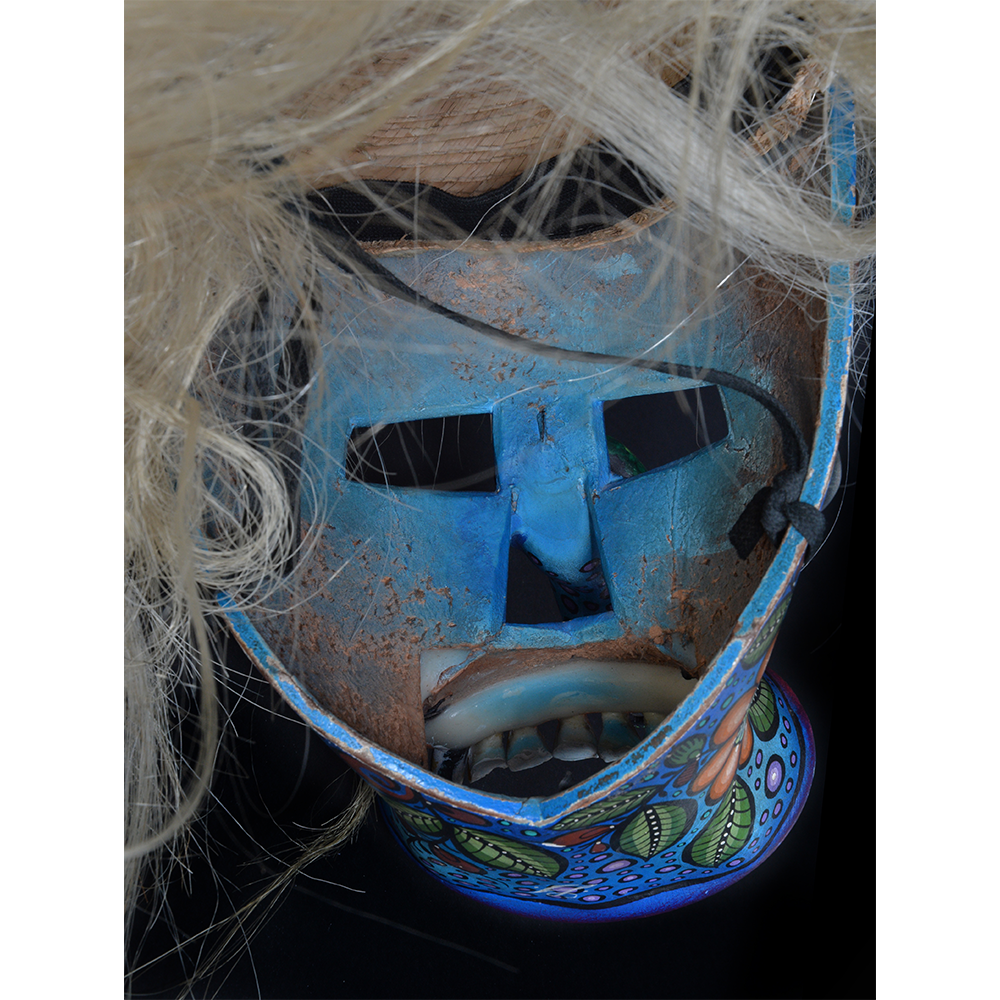 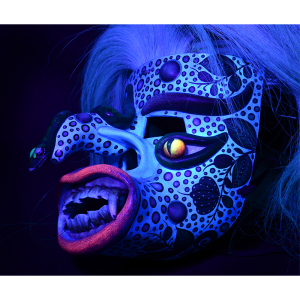 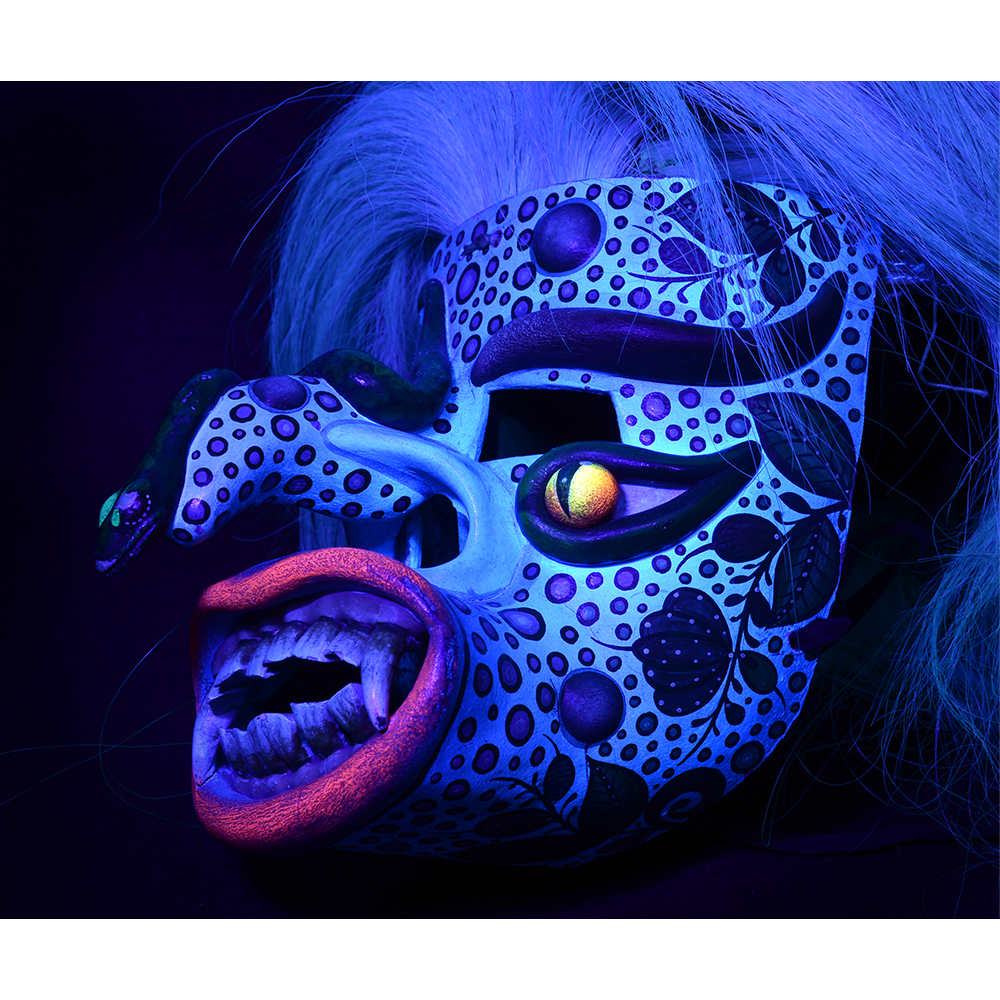 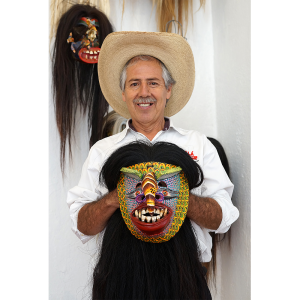 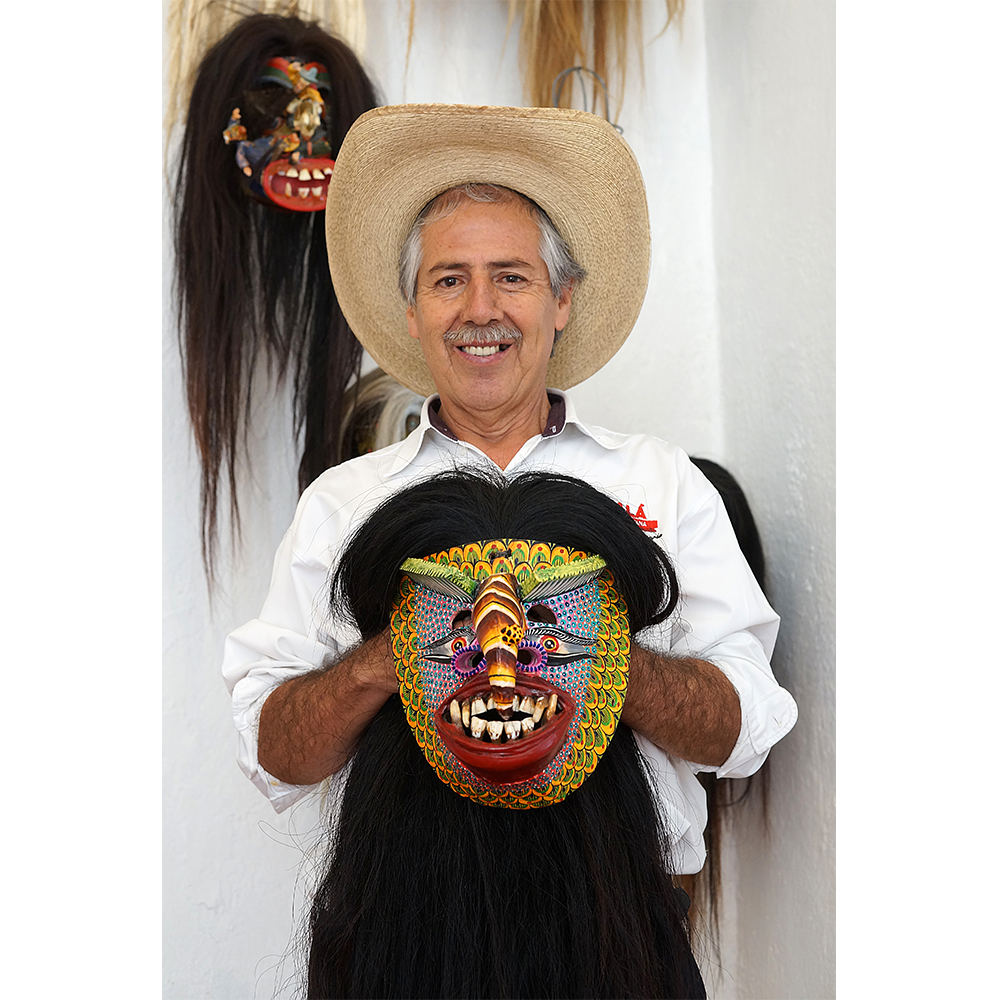 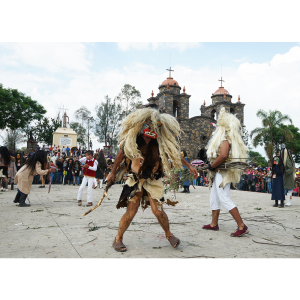 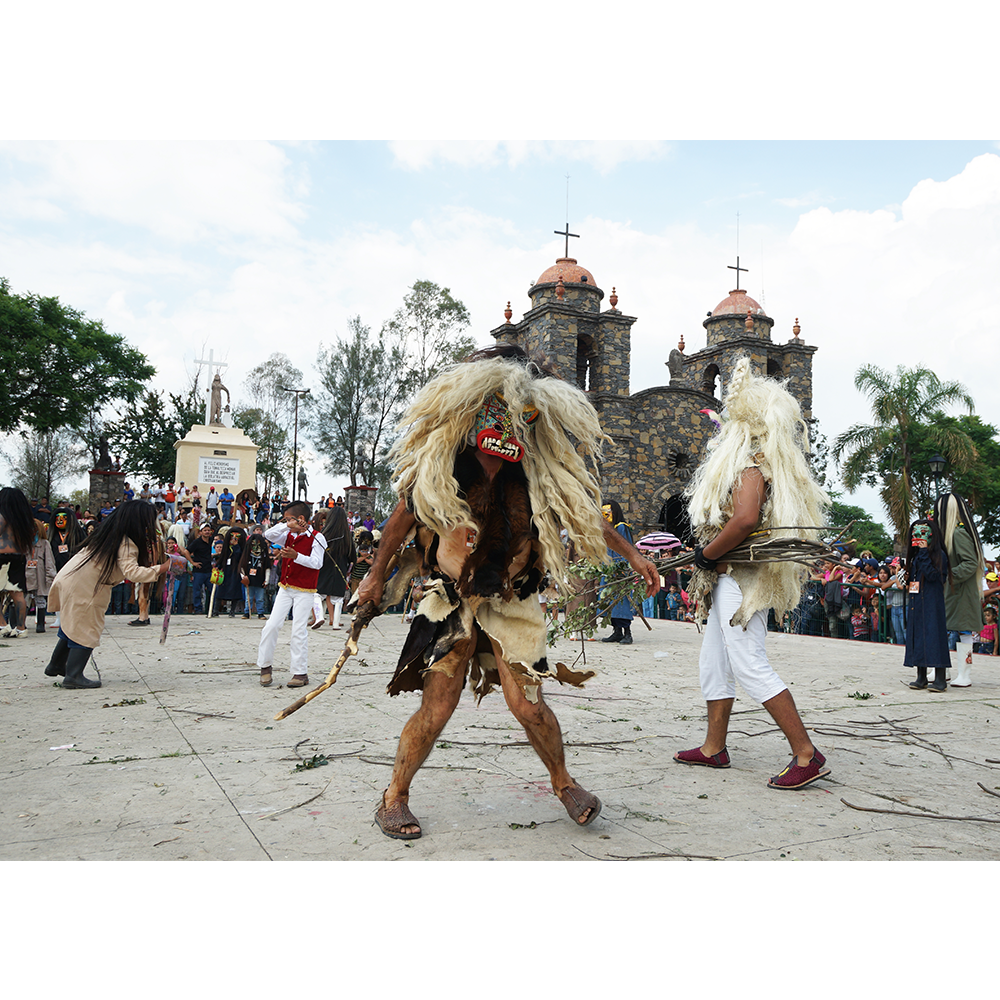 This specific mask was made for a child by the award-winning craftsman and tastoan mayor, “Don Chuy” Delgado of Tonalá, and danced by his grandson Moises for nine years. It was painted using pigments that fluoresce under ultraviolet light, such as sunlight or a black light.