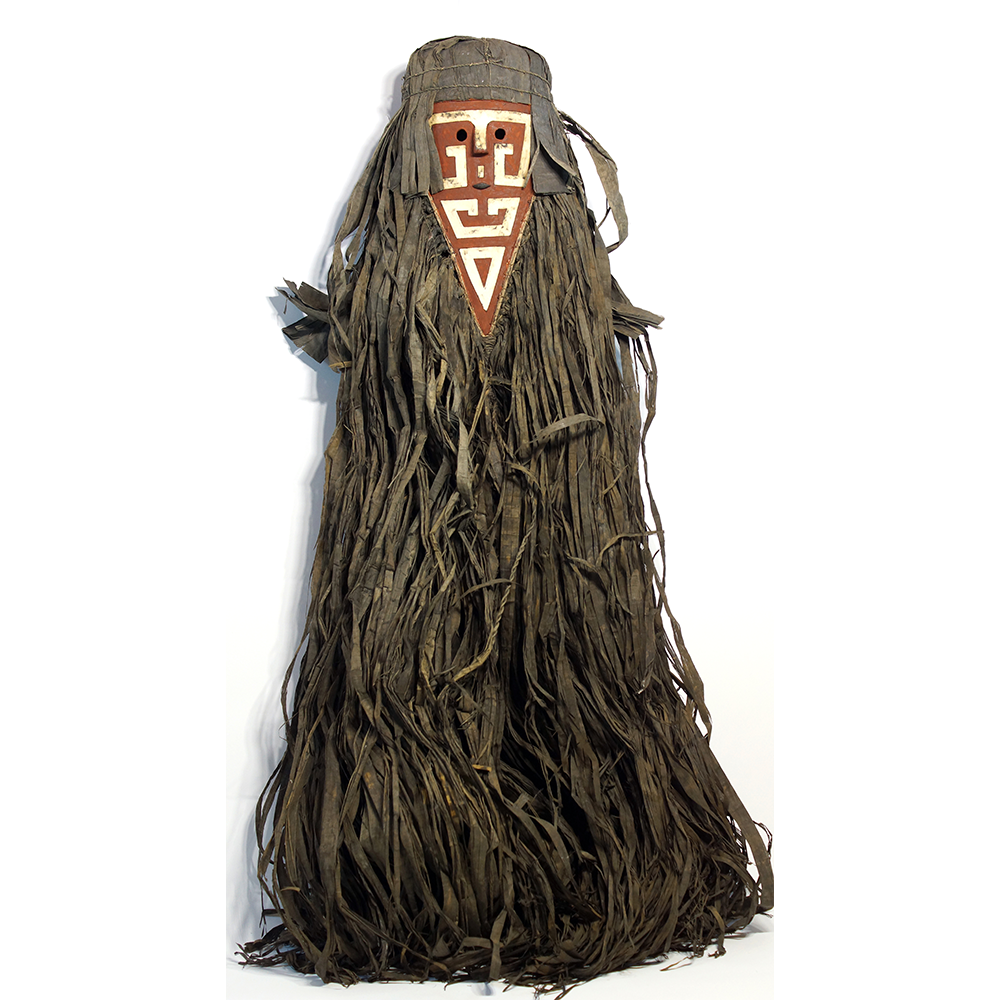 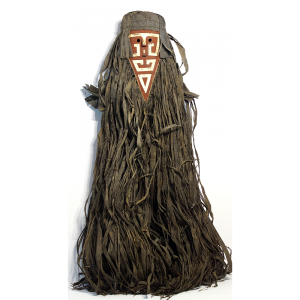 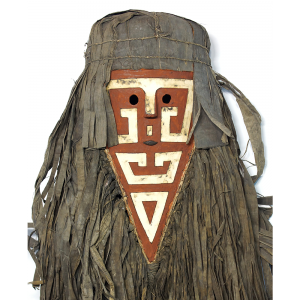 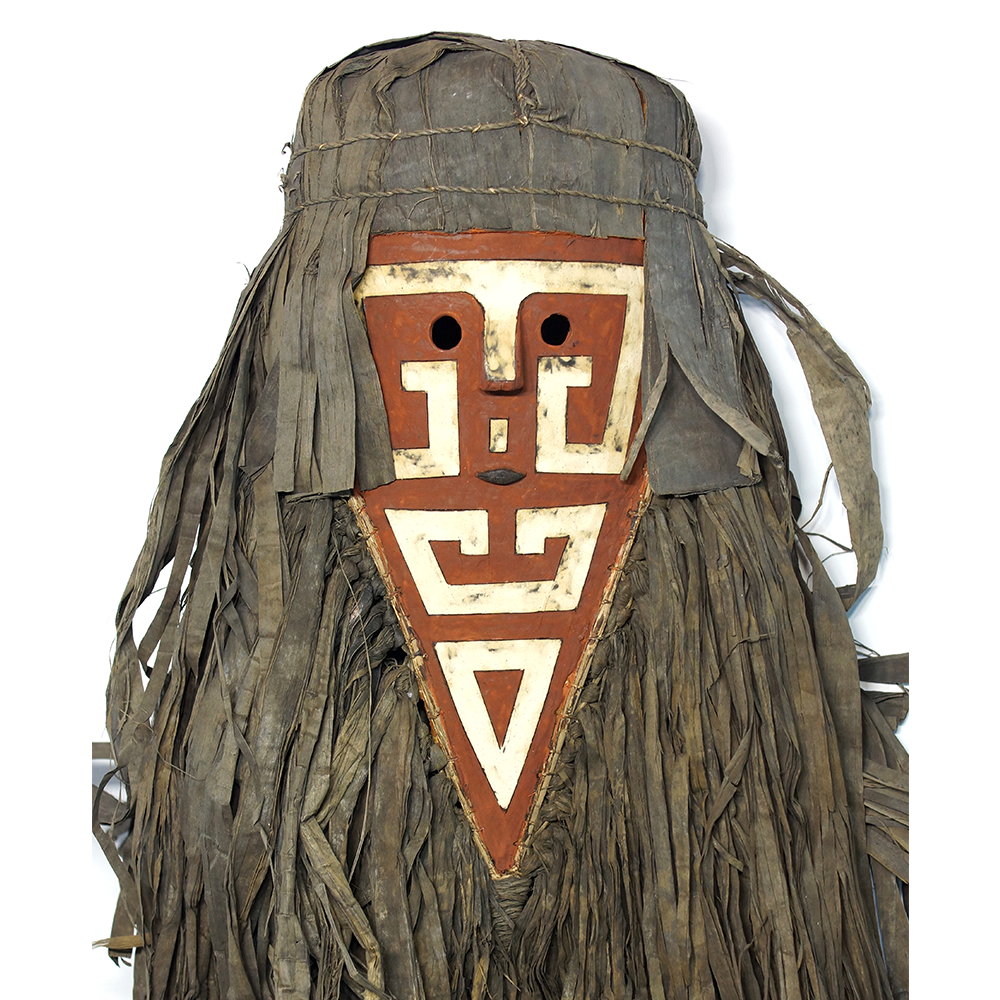 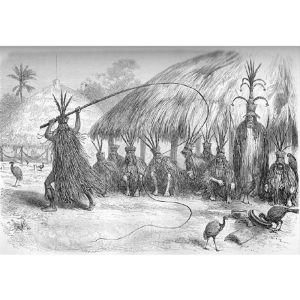 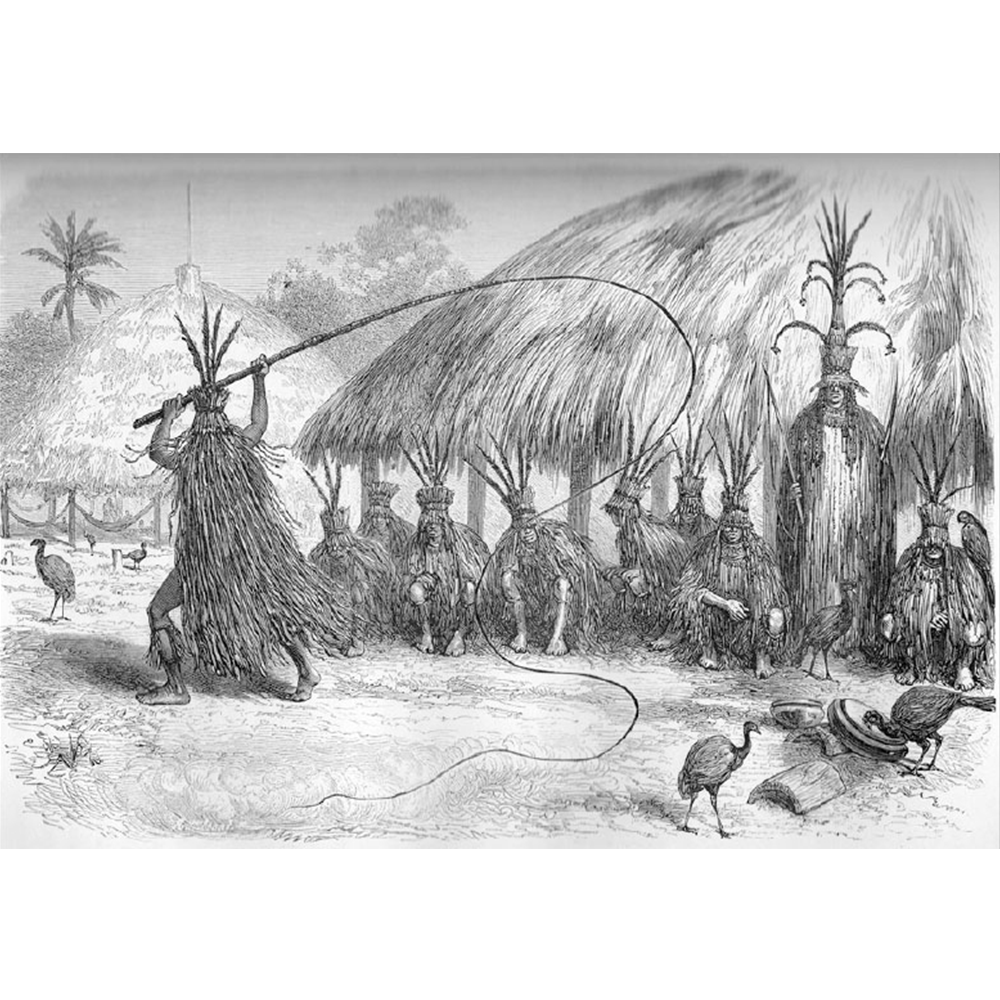 The Wayana and Aparai are two distinct peoples that live in close proximity in northeastern Brazil, on the border of Suriname and French Guiana. Due to their small numbers (less than 3000 persons between the two groups), they have joined to a degree and have converged in their cultural rituals. Among these is the Pono dance, sometimes called in Portuguese the Cumeeira ceremony, a celebration of the dedication of a new community roundhouse (the cumeeira being the highest point of the roof). Participants in this celebration must refrain from alcohol and maintain purity. Only then are they allowed to wear the tamok (or tamoko) mask and suit.

Tamok represents an evil spirit, a powerful man-eating forest monster associated with illness and death. The Pono dance placates Tamok and purifies the village.  It is performed with a large, two-handed whip to make loud cracking sounds.  The Tamok mask’s geometrical pattern are reminiscent of the face painting applied to Wayana girls.