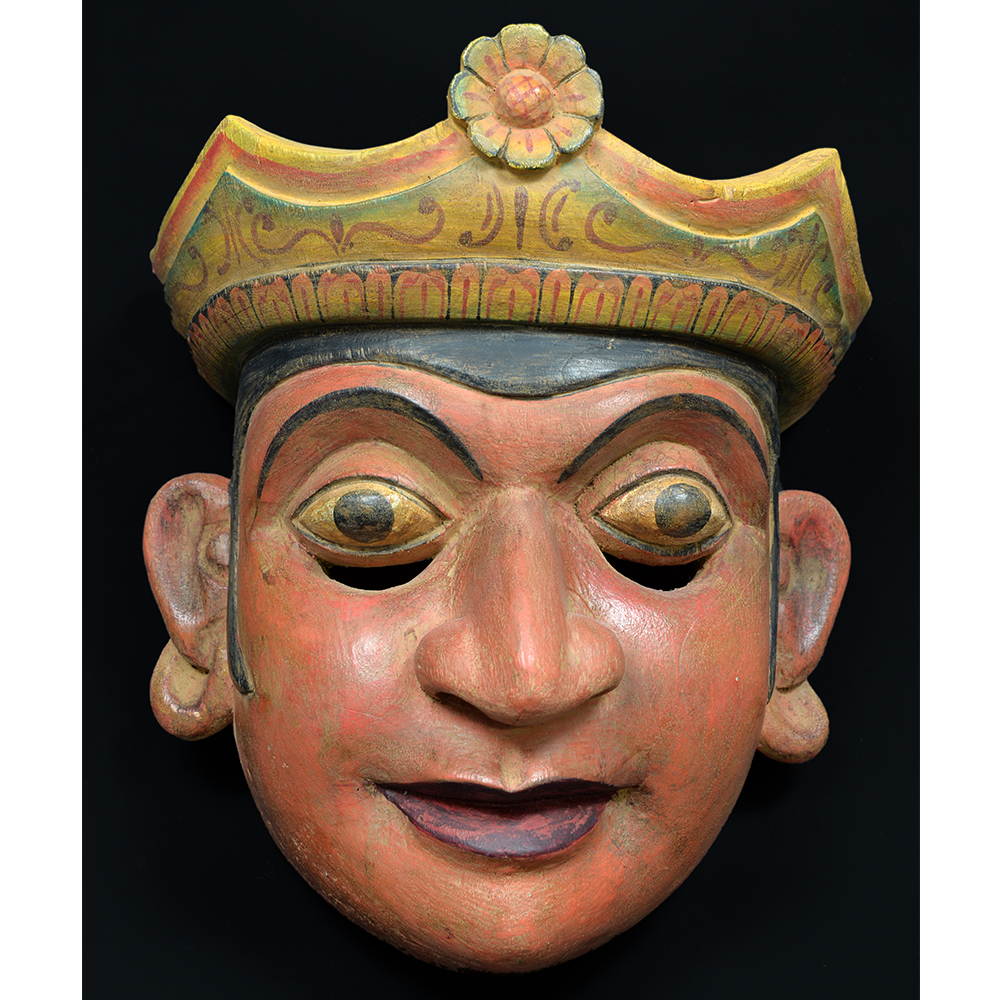 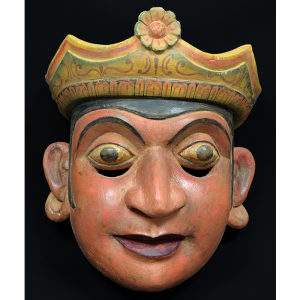 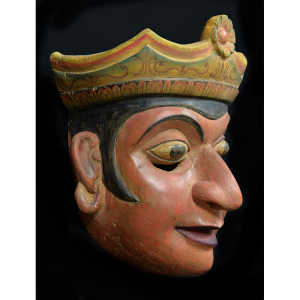 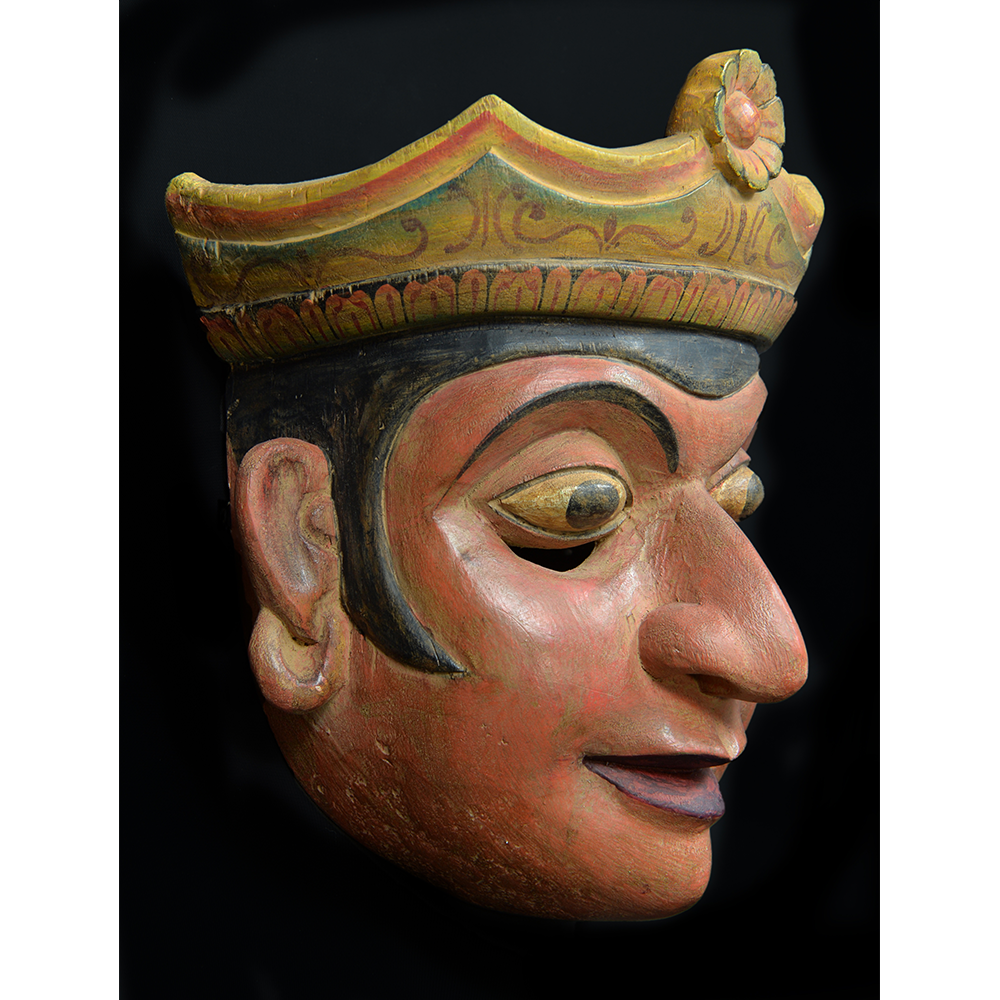 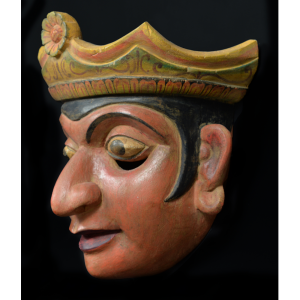 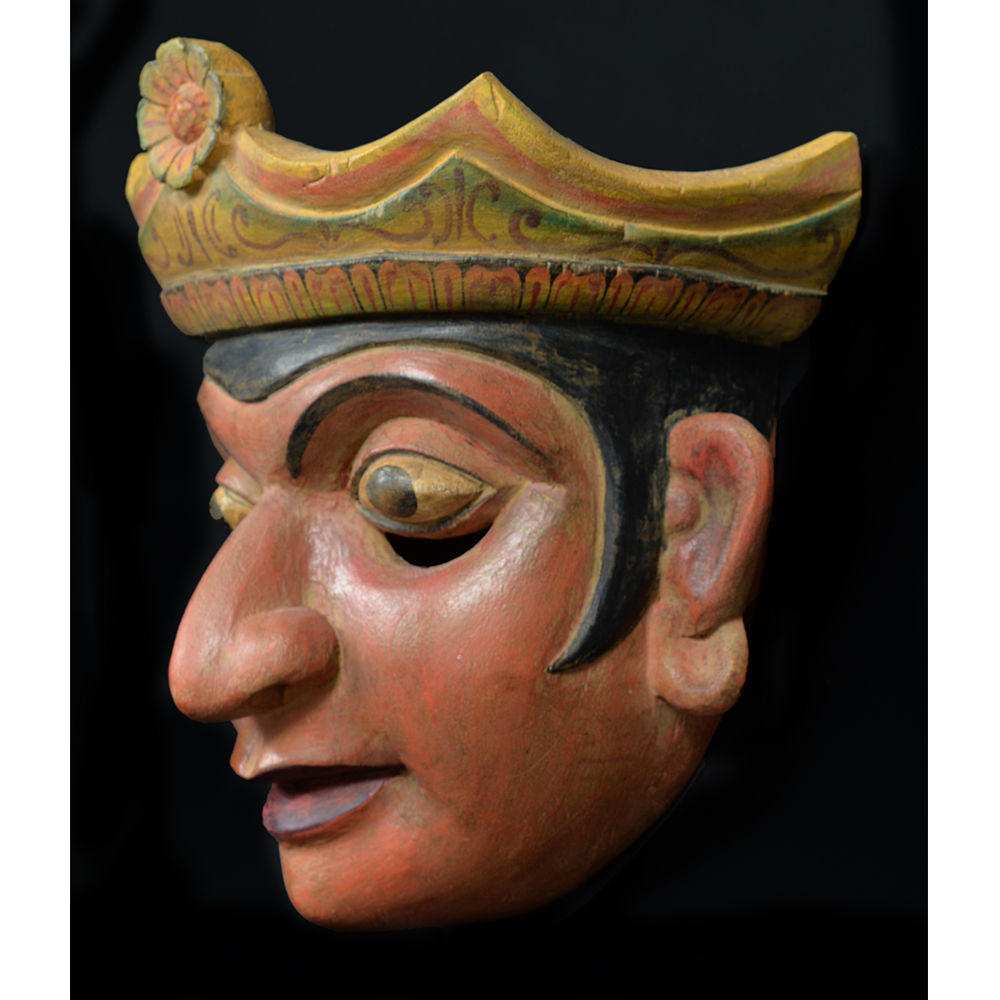 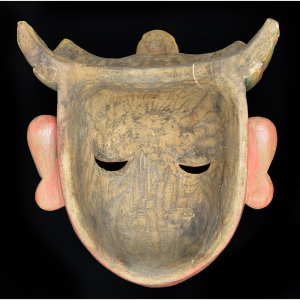 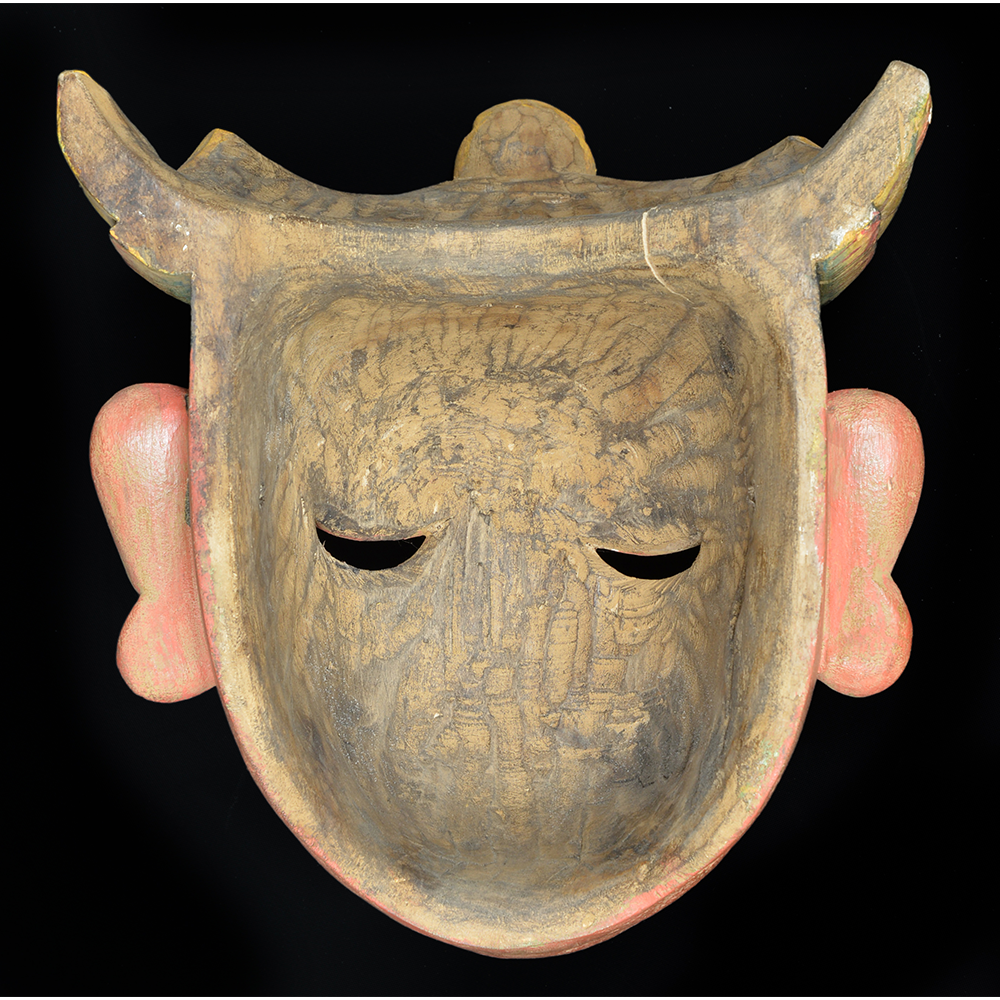 This mask represents the maneme moonu, a prince and one of several royal characters in the Kolam drama.