You are here: Masks1 / Kali Mask 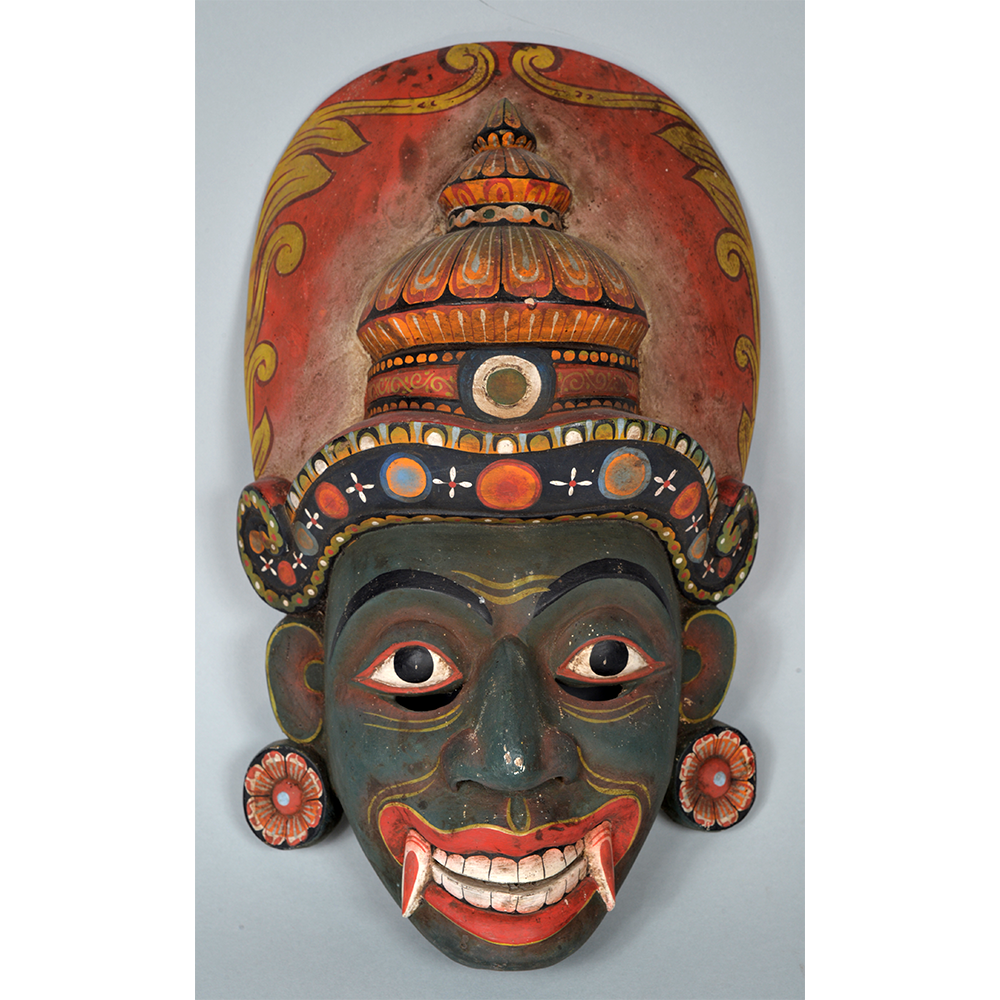 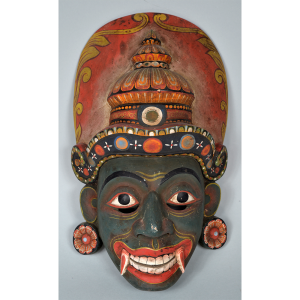 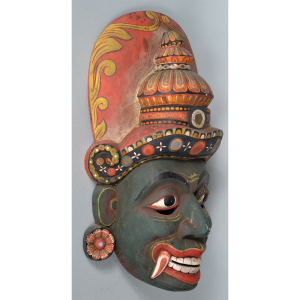 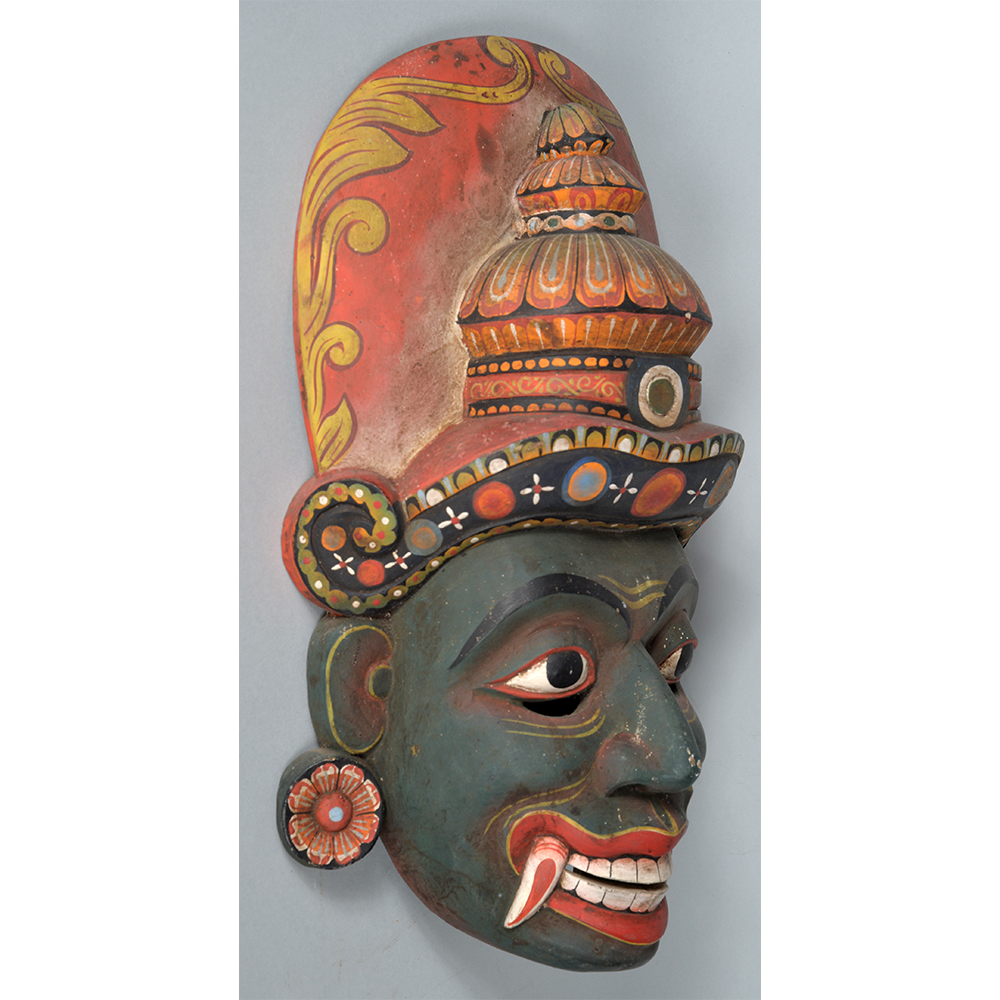 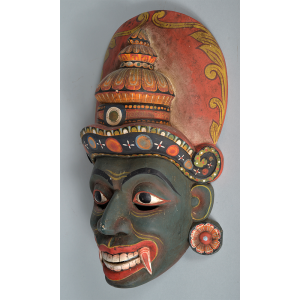 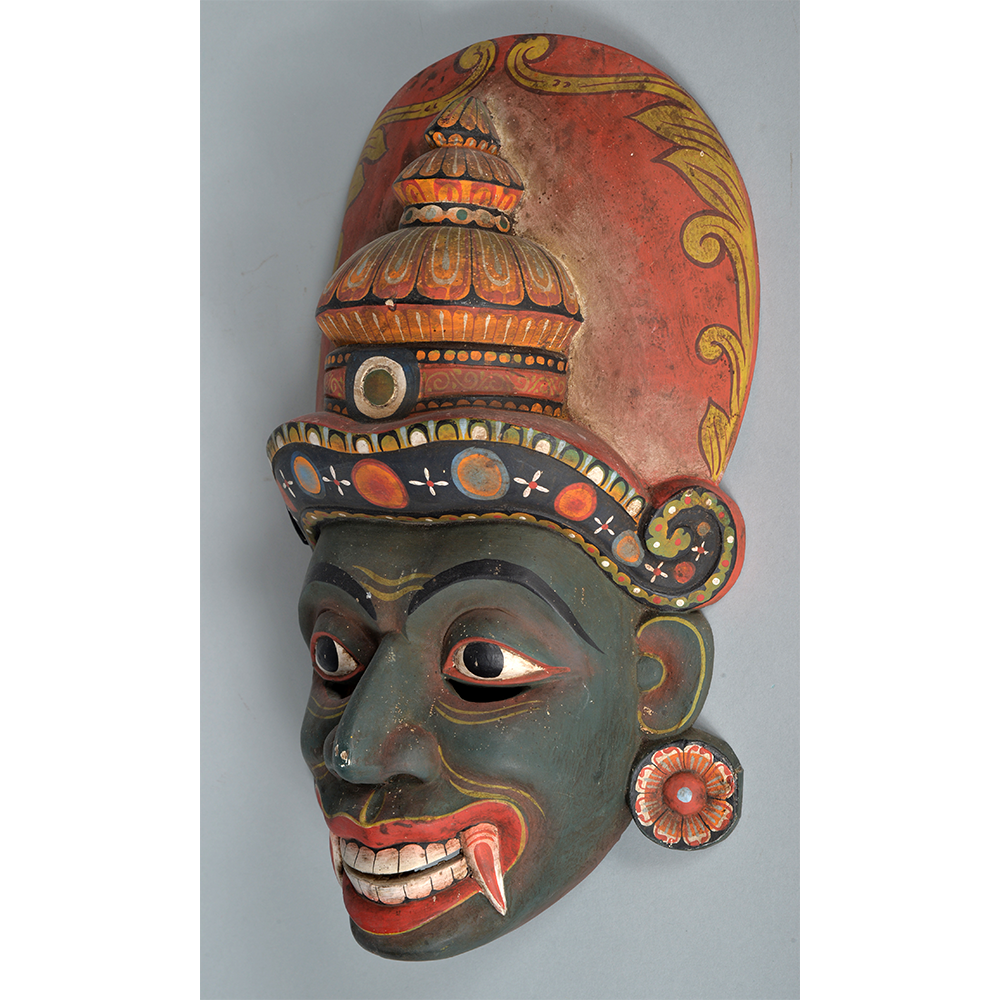 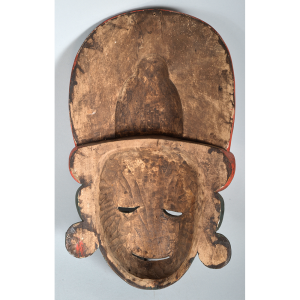 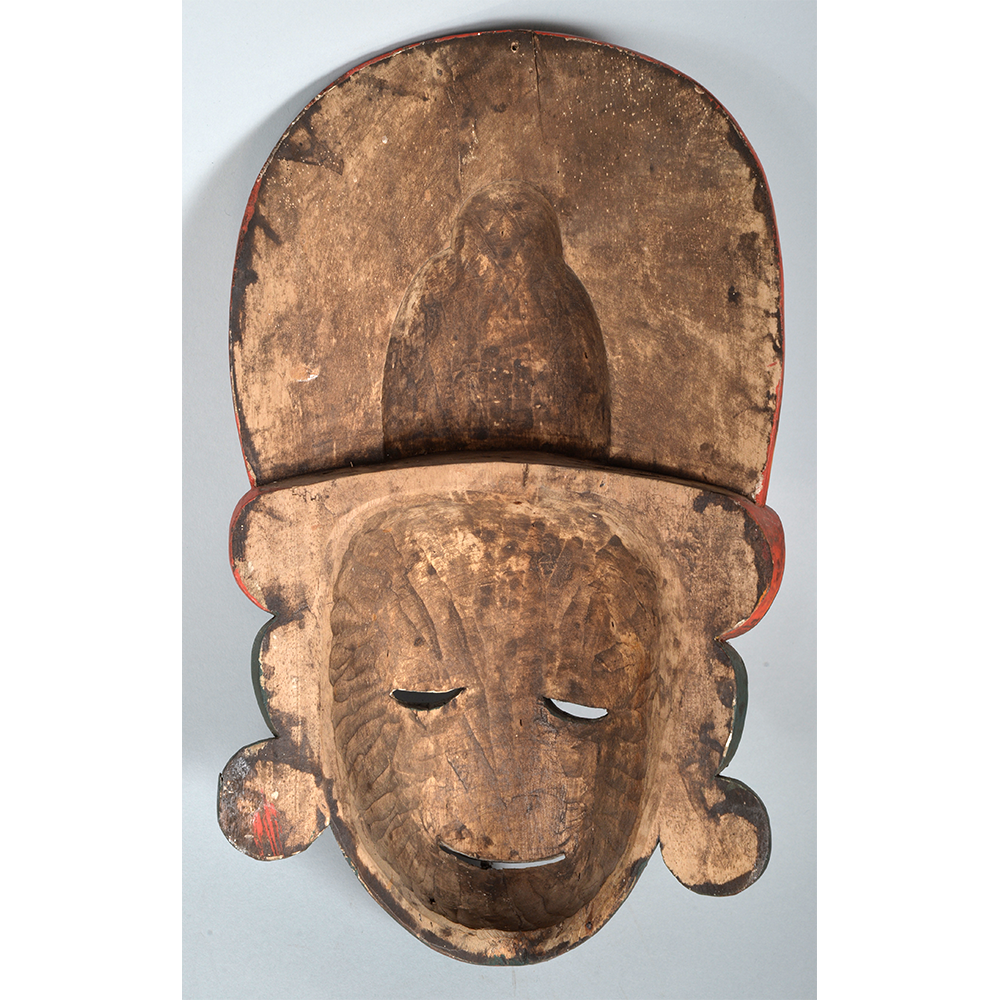 This mask represents Kali Amma, a god who leapt from Durga’s brow in order to kill certain demons, but became so battle raged that she began killing everything in her path until Shiva stopped her by throwing himself under her feet. Kali is considered another side of Durga, but destructive and evil, and so she appears black and ferocious, with fangs.