You are here: Masks1 / Chwibari Mask 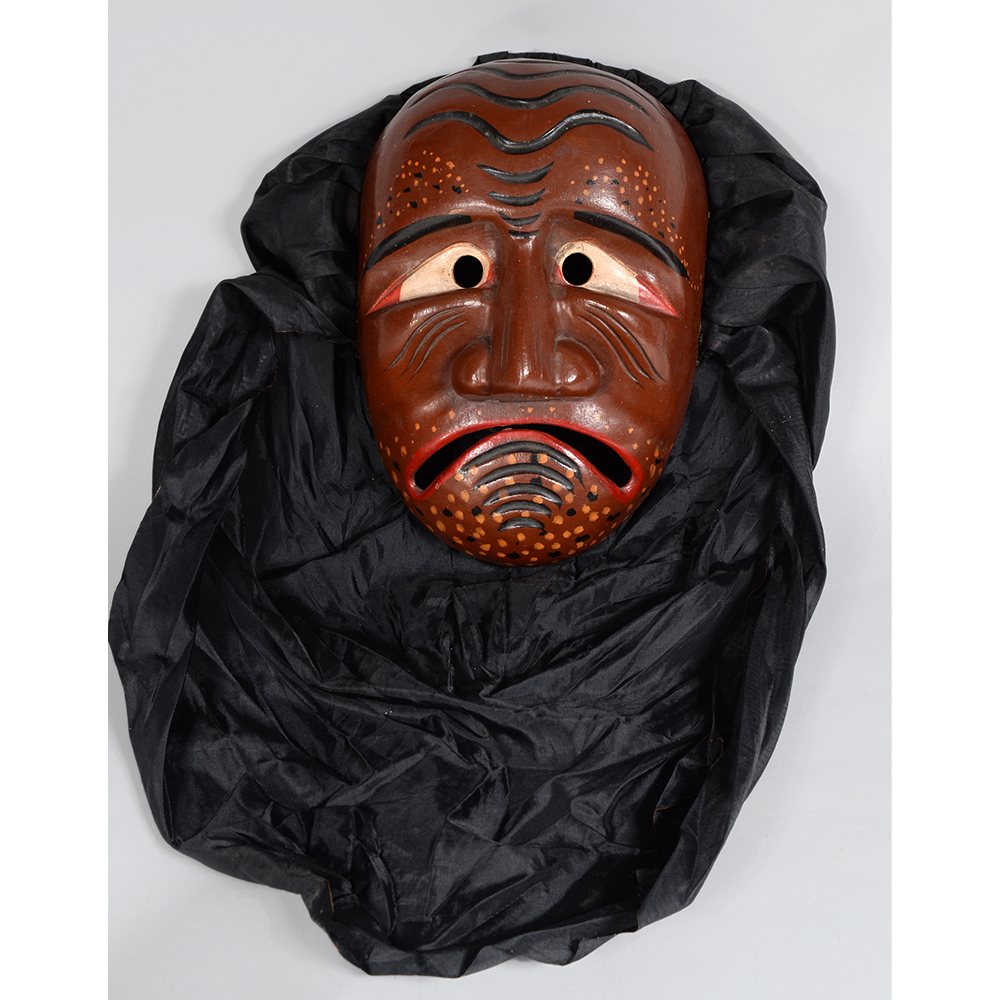 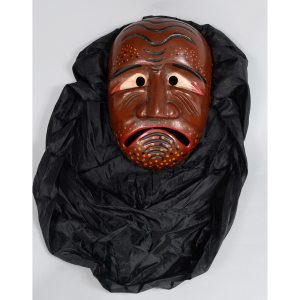 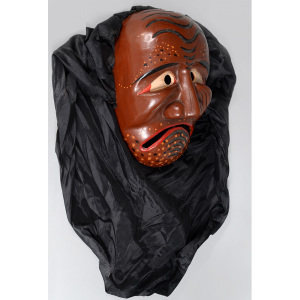 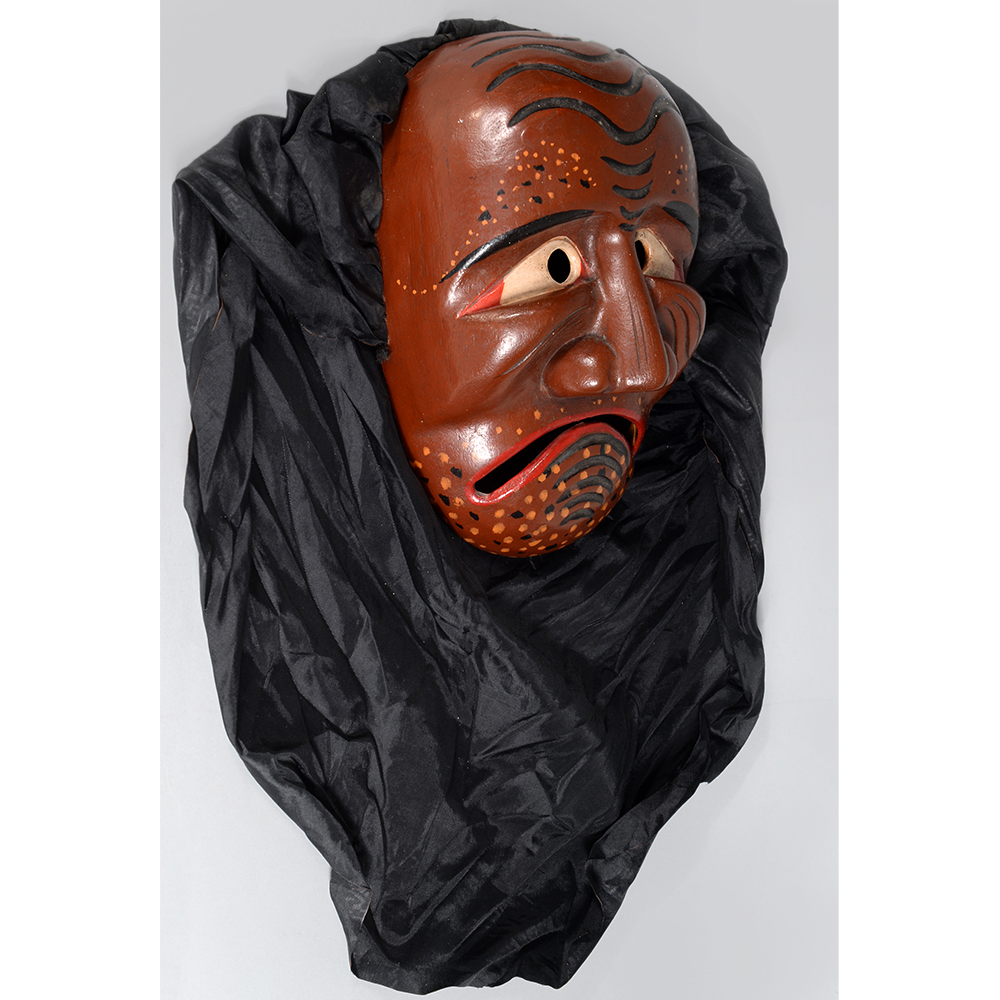 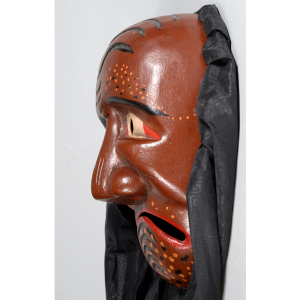 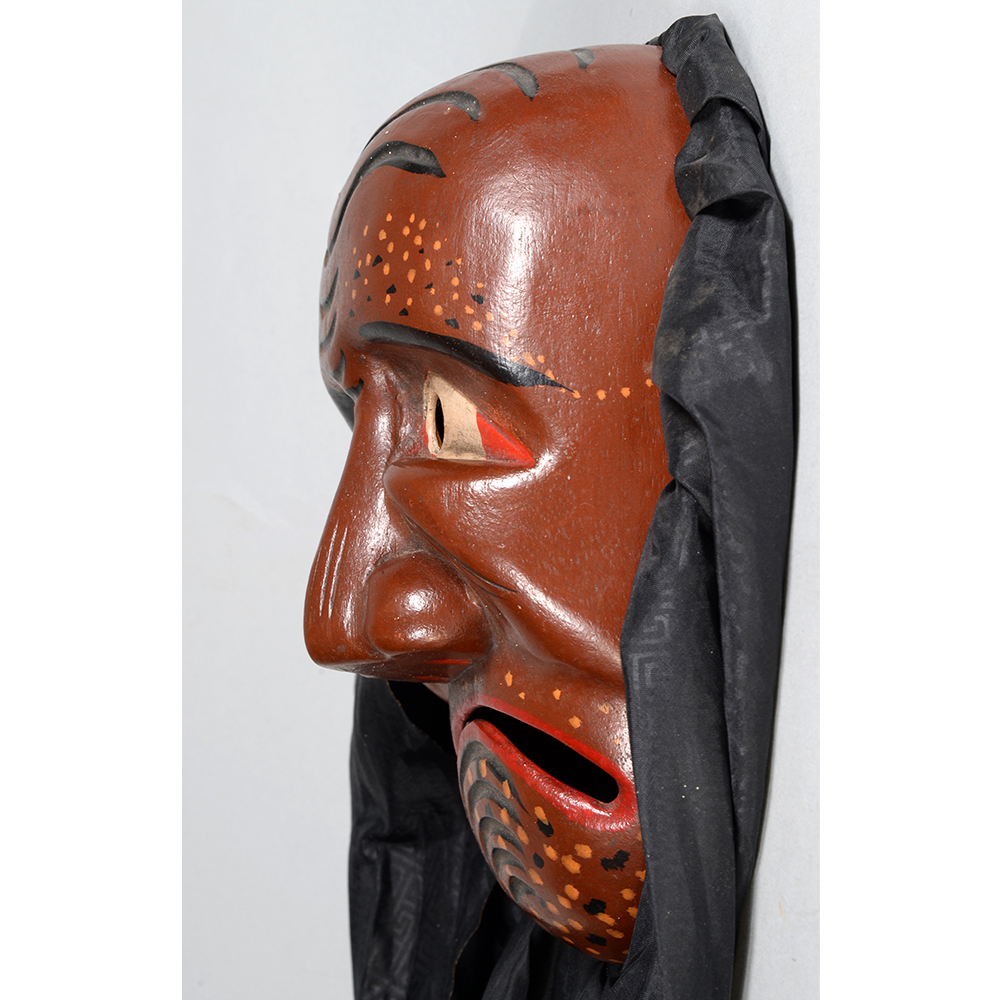 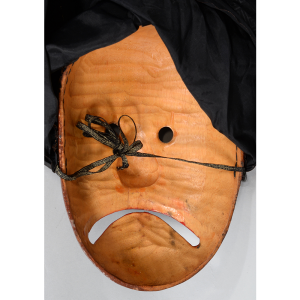 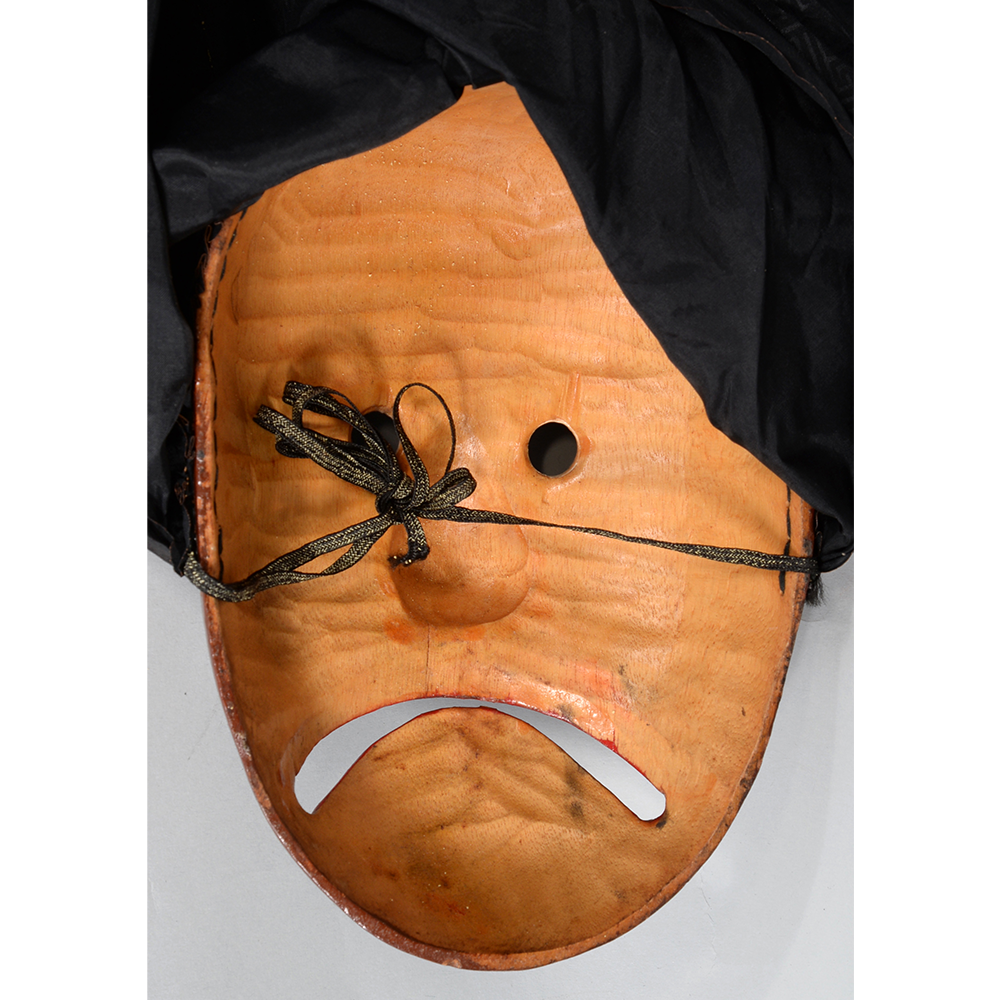 Songpa Sandae Nori is a traditional masked play from the Songpa-dong and Garak-dong neighborhoods of Seoul, South Korea. Traditionally, the play begins with a parade circling the Songpa Market area to announce the performance. The actors and musicians then perform a ritual (seomakgosa) to sanctify the play and honor the ancestors.

The drama itself consists of either seven (short version) or twelve (long version) acts dealing with class conflict and human weakness and nobility.  In the play, thirty-three different masks are used to represent different characters.

This mask represents a drunkard (chwibari) who performs the kaekki chum dance. In the Fourth Act of the drama, a very holy monk abandons his doctrines and seduces a shaman girl. Later, a drunkard appears and, challenging the monk, wins the girl for himself.  After she bears his baby, she abandons him, and chwibari undertakes to educate his child himself.