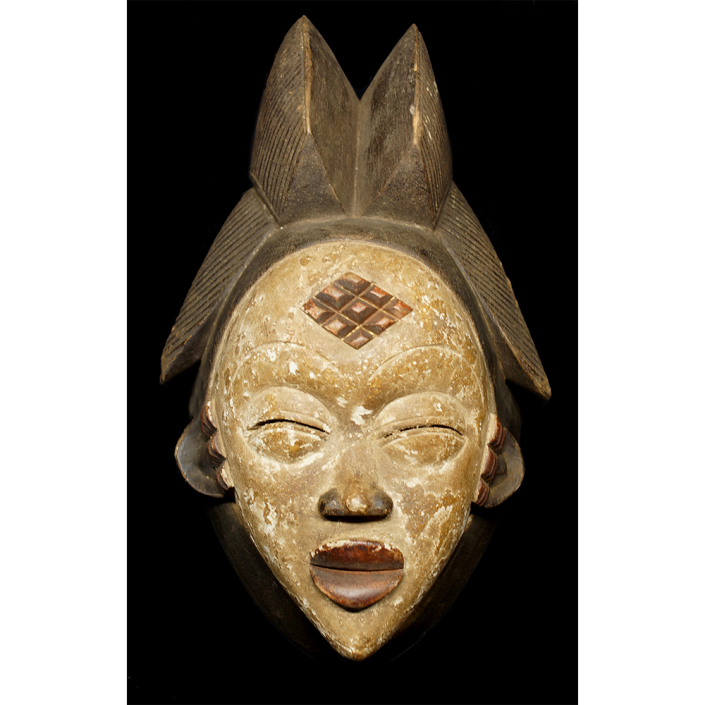 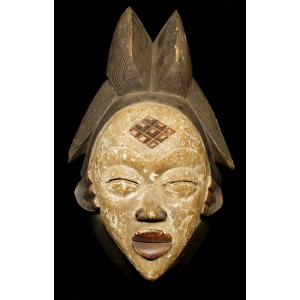 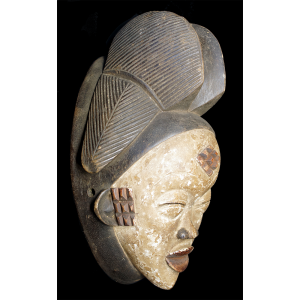 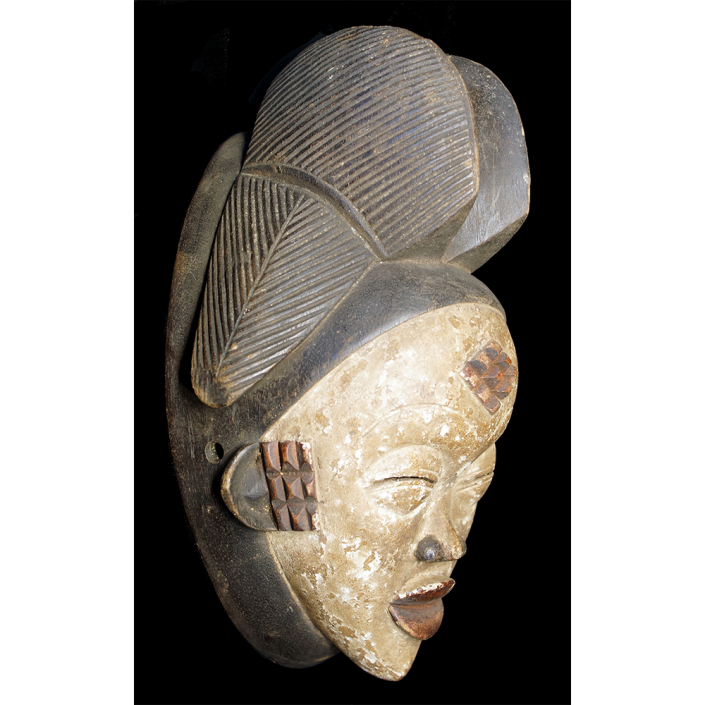 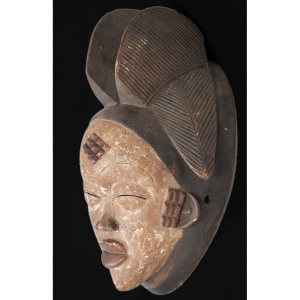 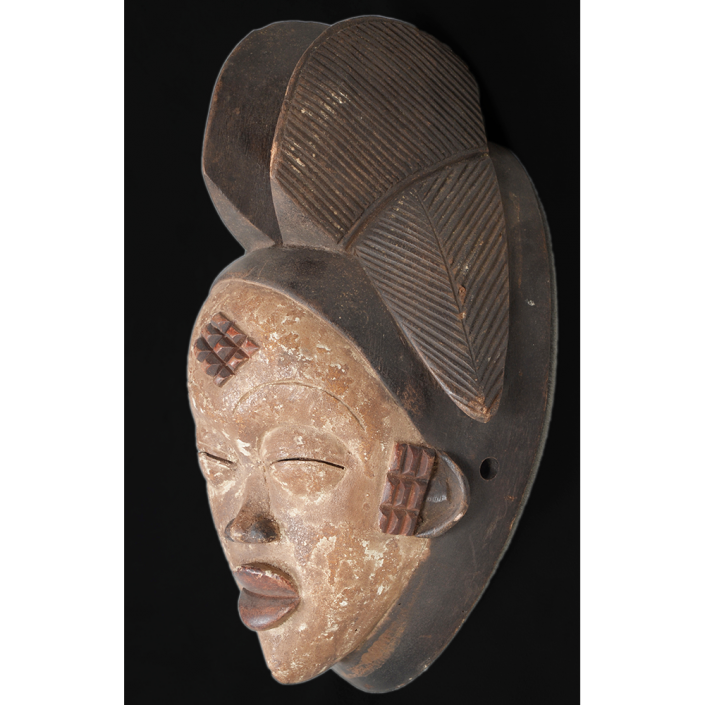 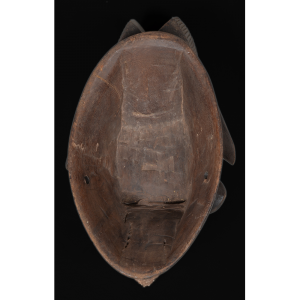 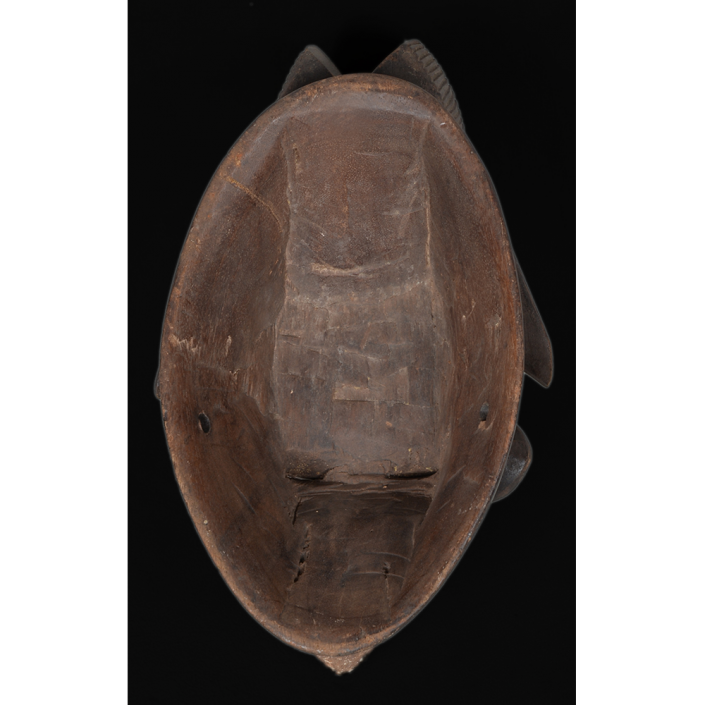 The Punu people of Gabon and Republic of Congo live in small villages, mainly along the Ogowe River Basin. They are a matrilineal people organized into hereditary chiefdoms. Like most of the peoples of central and northwest Africa, they have animistic religious beliefs.  Within every Punu village is the Mwiri Society, a secret men’s organization whose members alone may craft masks. Masks serve many important functions in Punu society, including social control and purification of evil spirits and witchcraft.  The mukudj mask (also called okuyi, mokoi, ukuyi, mokoi or mbwanda) simultaneously represents an ancestor spirit and an idealized woman. The diamond pattern on the forehead and squares on the temples represent the scarification marks common among Punu women and emphasize the symmetry of the face. The mukudj is danced by male members of the Mwiri Society on very tall stilts at births, funerals, initiation ceremonies for adulthood, and other major social events to invoke the approval of ancestor spirits.