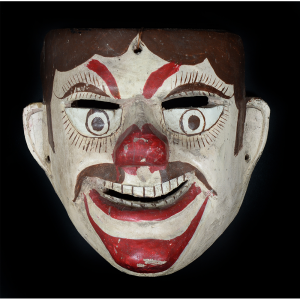 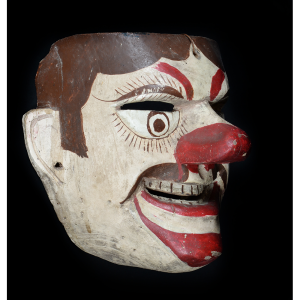 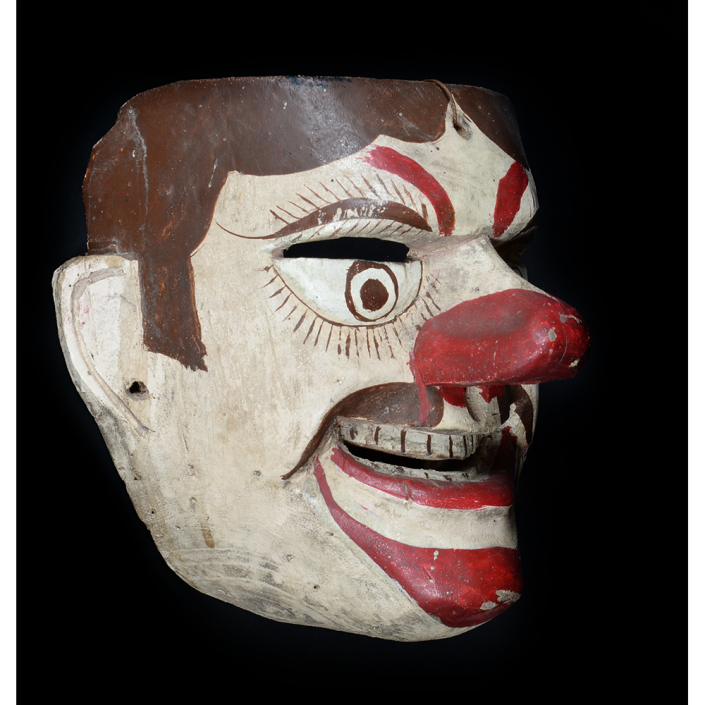 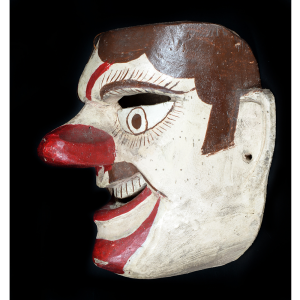 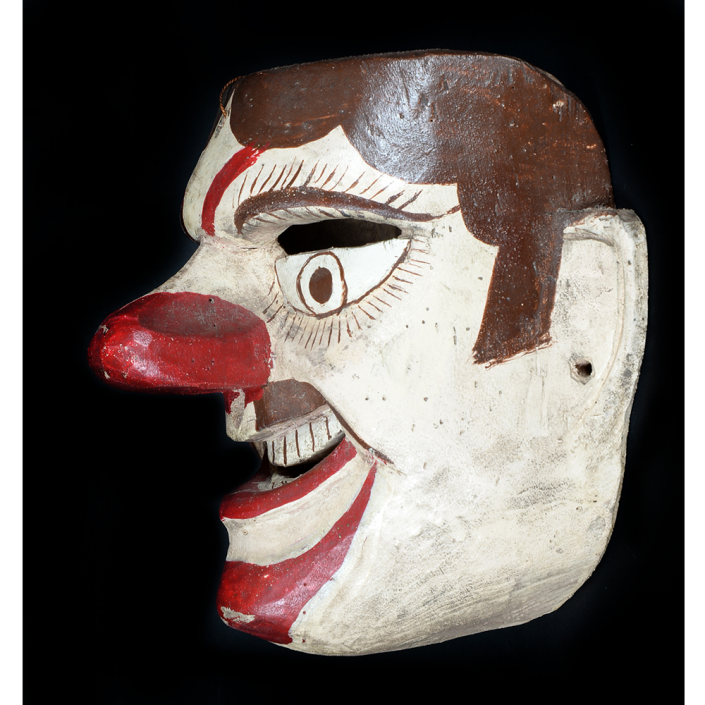 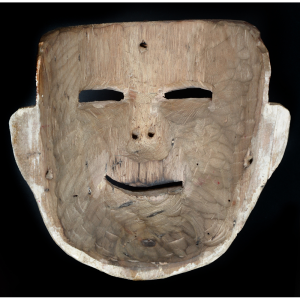 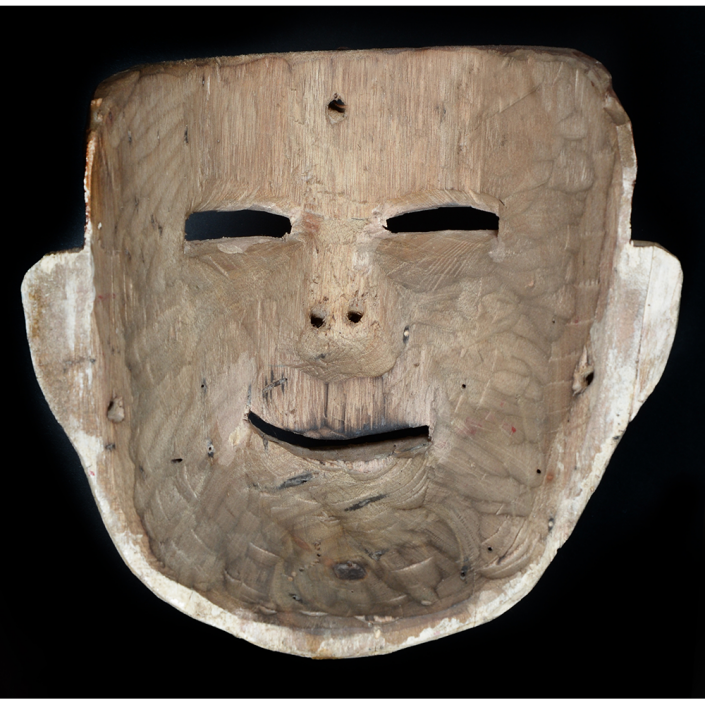 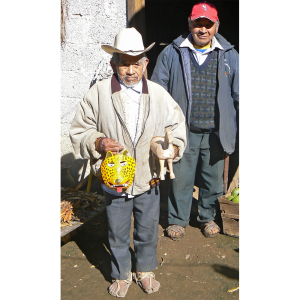 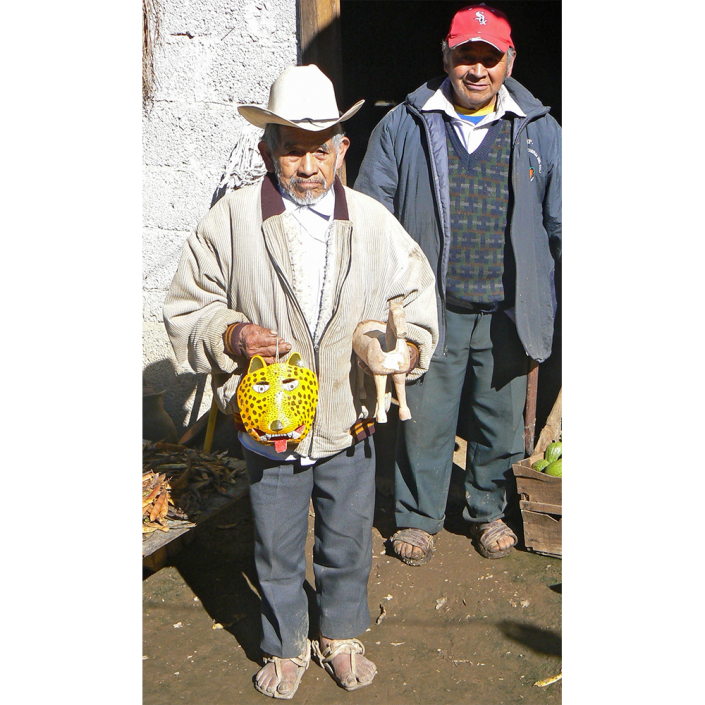 The Danza de la Conquista (Dance of the Conquest) in Mexico can refer either to the conquest of the Aztecs by the Spaniards or to the conquest (properly, reconquest) of Spain from the Saracens by the European Christians. This mask is used for reenacting the latter conquest, which is frequently and more correctly called the Danza de los Moros y Cristianos (Dance of the Moors and Christians) or, in the state of Puebla, the Danza de los Santiagueros (Dance of the St. Jameses). This dance was shaped by missionaries as part of an effort to instill respect for and fear of the Spaniards in the indigenous peoples, and to convince them that the victory of Christianity over other faiths—by violence whenever necessary—was inevitable.

The dance is still performed widely in Mexico, including in Mexico State, Michoacán, Puebla, and Veracruz. Important characters include Spaniards, Moors (called either Moros or Pilatos), saints, angels, and devils.