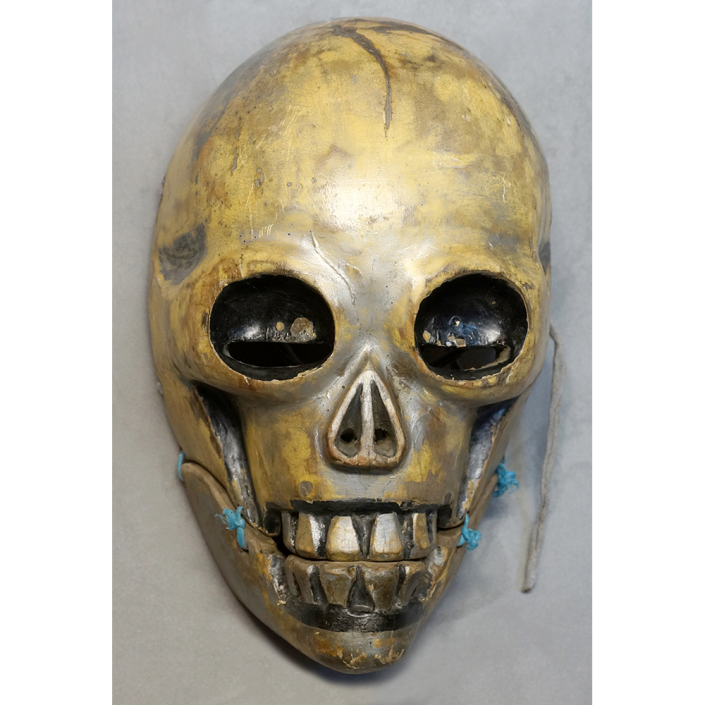 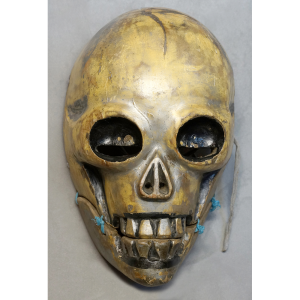 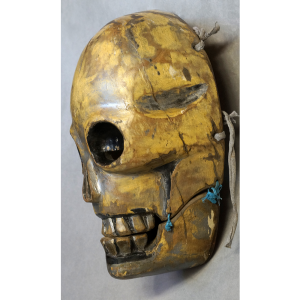 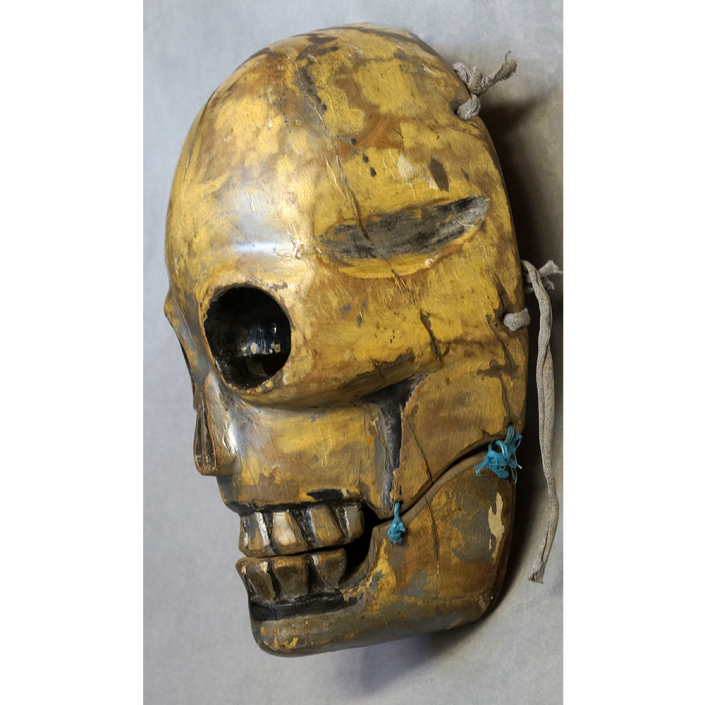 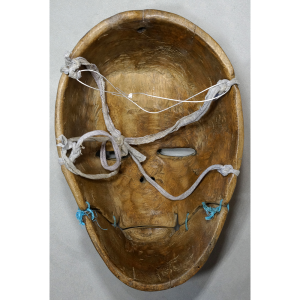 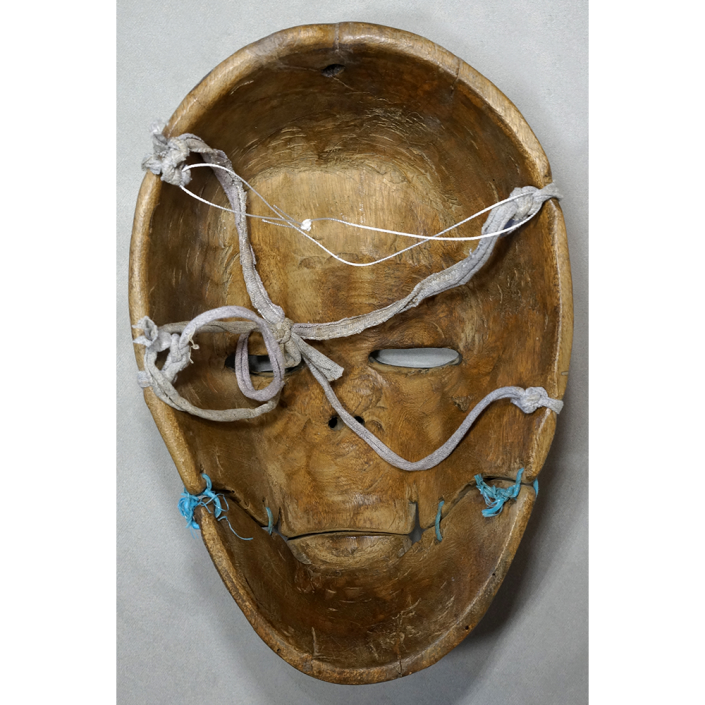 The Day of the Dead is an important Mexican celebration of pre-Christian origin. In its modern incarnation, Day of the Dead (actually, two days in most places, November 1st for children and 2nd for adults) celebrates deceased family members with ofrendas (offerings) to the spirits who return to visit and night-long vigils at the graves of the departed. The graves are frequently decorated with flowers, candles, and sweets for children and alcohol for adults.

In parts of Mexico, Day of the Dead is also celebrated with desfiles (parades) or comparsas (appearances or performances) by masqueraders. Because Day of the Dead celebrates the departed, the calaca, or skull, remains an extremely popular image. The skull and skeleton are important symbols in pre-Christian Mexican culture and are found extensively in Aztec, Mixtec, Mayan, and other indigenous art.

This mask was also used in the the Danza de los Moros y Cristianos (Dance of the Moors and Christians), which reenacts a version of the conquest (properly, reconquest) of Spain from the Saracens by the European Christians. The story was taught by missionaries as part of an effort to instill respect for and fear of the Spaniards in the indigenous peoples, and to convince them that the victory of Christianity over other faiths—by violence whenever necessary—was inevitable.  The dance is still performed widely in Mexico, including in Mexico State, Michoacán, Puebla, and Veracruz. Important characters include Spaniards, Moors, saints, angels, devils, and other characters.