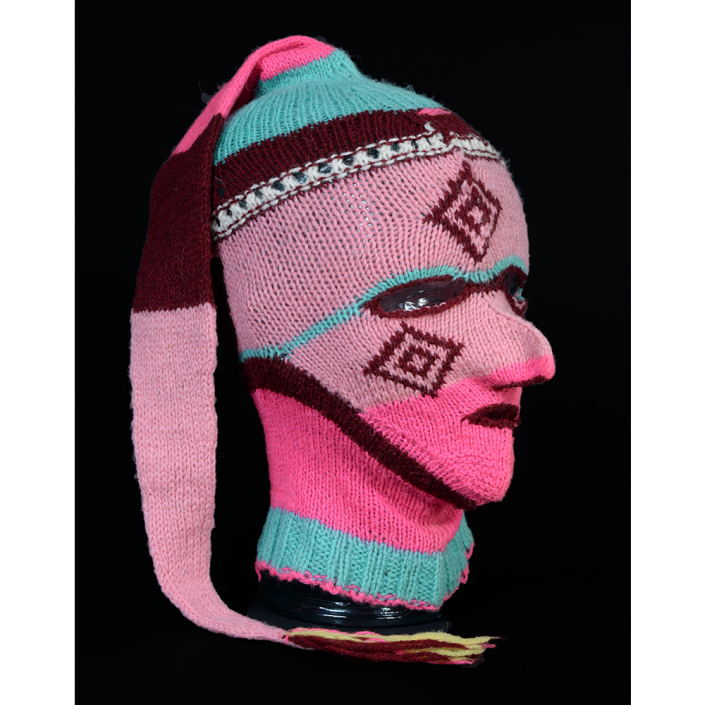 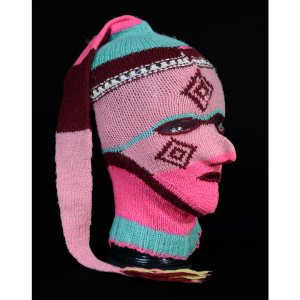 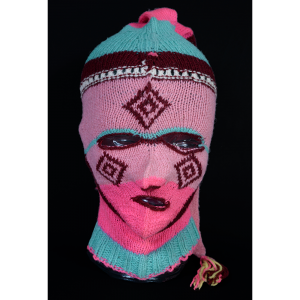 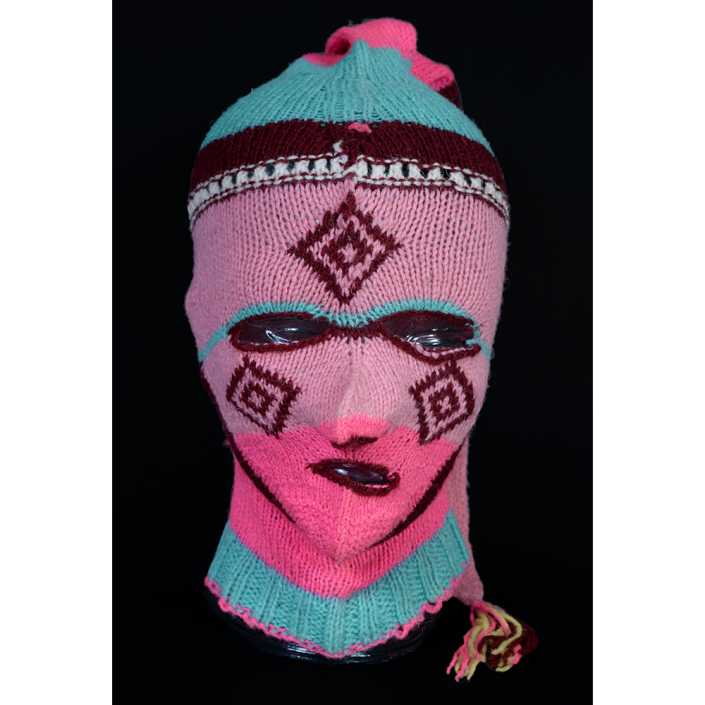 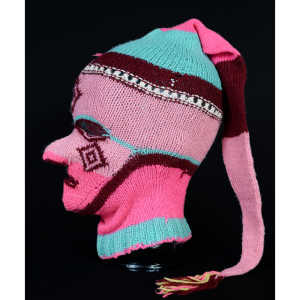 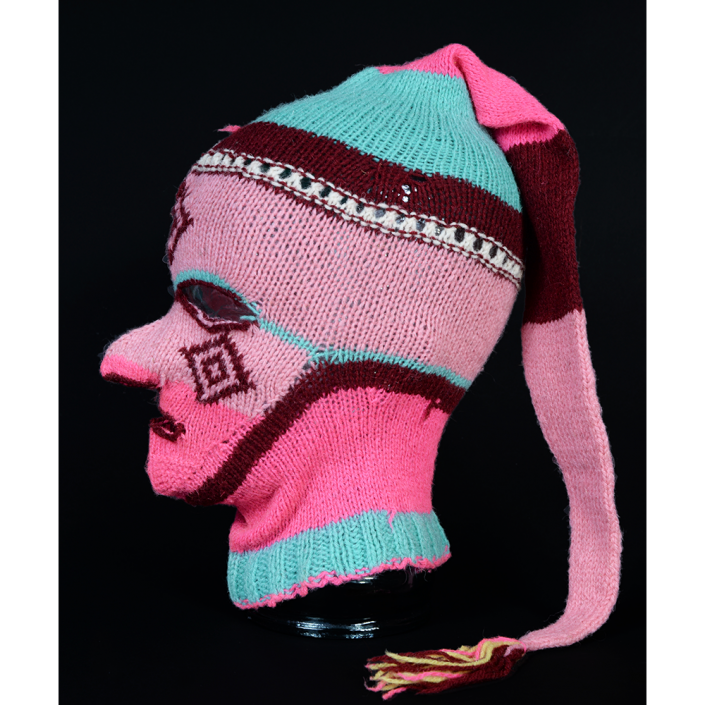 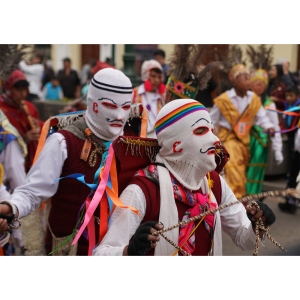 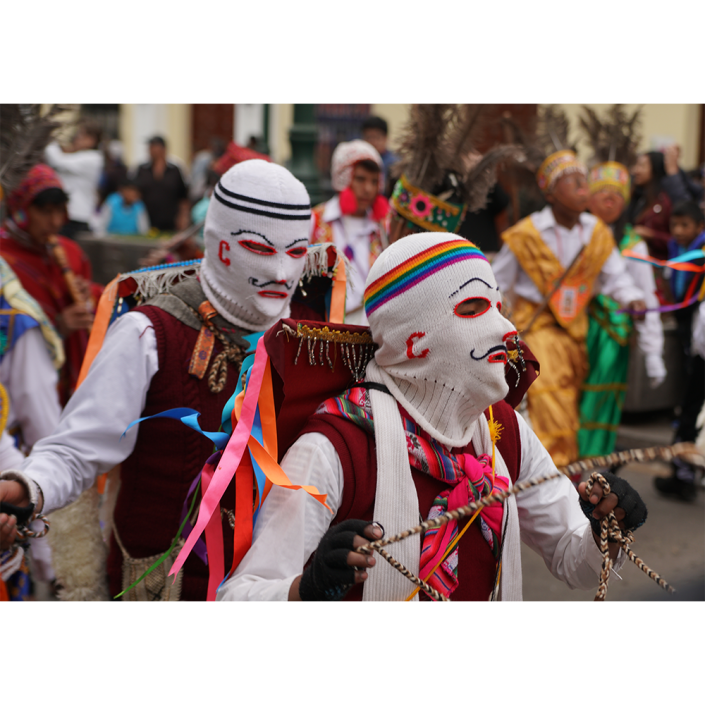 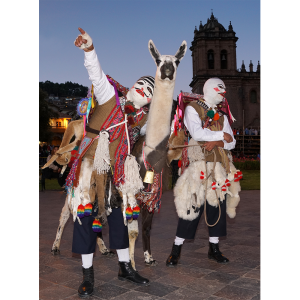 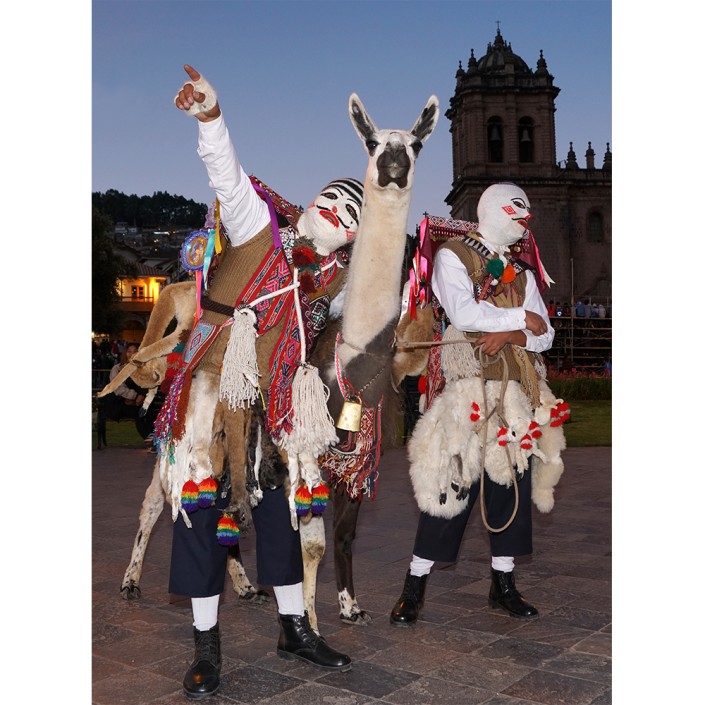 In the Altiplano of Bolivia and Peru, the Quechua and Aymara descendants of the Incans still celebrate Qoyllur Rit’i, the Snow Star Festival in late May or early June to hale the reappearance of the Pleiades constellation and the harvest. Although the Catholic Church has attempted to co-opt the event, it maintains its essentially pre-Spanish conquest character.  Pilgrims from around Peru assemble in the Sinakara Valley in various costumes to dance in celebration. The Qhapaq Q’olla (“mighty Indian”) is one such character, dancing in the waq’ollo mask shown here with a hat, woven sling and a dried vicuña skin. Supposedly they represent a merchant who is half human and half llama, and who brings goods to the Cusco region for sale from the jungle and Paucartambo region, such as pisco liquor. Their roles are primarily that of clown, but they also dance and sing to the Virgin of Paucartambo. They sometimes wear a square flat hat called an aqarapi, and dance in a group.  The group is composed of a Mayor (alcalde), who carries a wooden staff of authority and a black crucifix on his mask, and his wife (la Imilla), a child (q’ollita), two captains, a llama herder (llamero), who wanders into the crowd to pretend to sell his goods, and a group of q’ollas dancing in two rows.  The imilla has a face covered by a black veil.  Qhapaq Q’olla also dance at Corpus Christi parades in Cusco and other religious celebrations.

The q’ollas, aligned according to their age, dance together, led by the captains. Sometimes children called chanako accompany them as well. The musical ensemble that accompanies them consists of a violin, an accordion, a bass drum and several Quena performers.  The q’ollas are always men born in Paucartambo. The costume consists of a flat, rectangular hat (aqarapi) decorated with sequins, old coins or beads; the waq’ollo; a lliclla skin made of vicuña wool, and the qepi that contains a young dead vicuña.  the dance, the collas sing Quechua songs about their commercial activity, their journey to Cusco, and their protective saints.