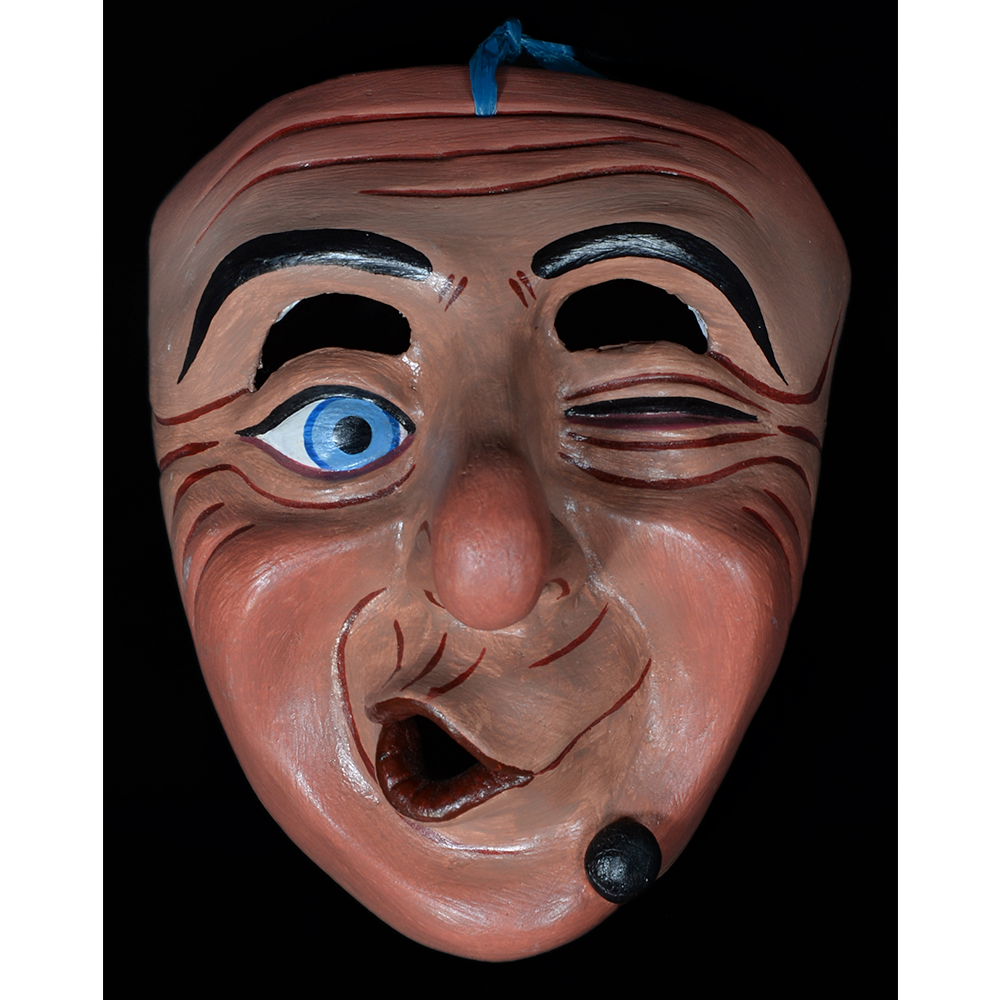 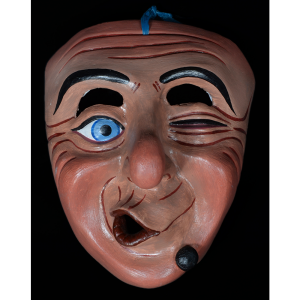 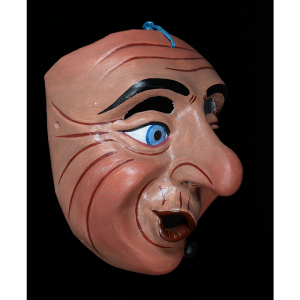 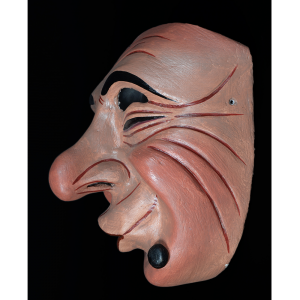 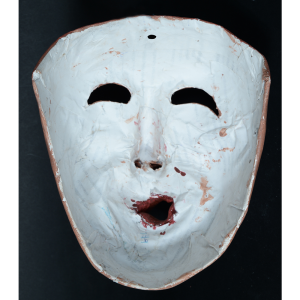 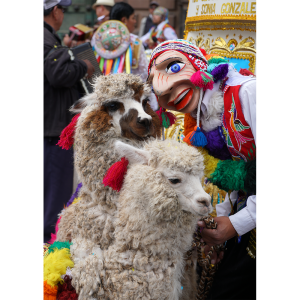 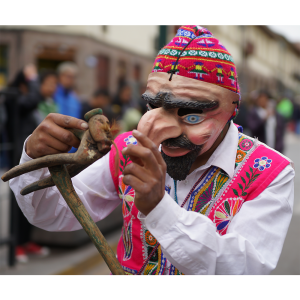 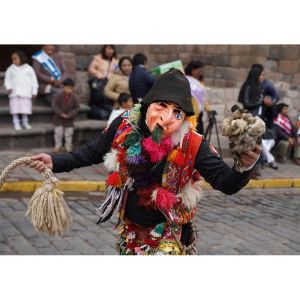 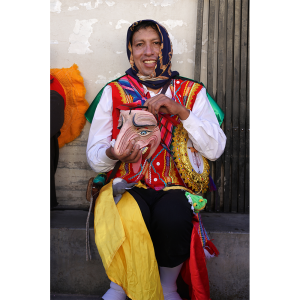 The city of Paucartambo, Peru, celebrates the Festival of the Virgin of Carmen (Mamacha Carmen) annually on July 16th. The Festival begins by the carrying of an image of the Virgin Mary through the streets to the church. A wide variety of dances and dance-dramas are performed during this celebration, as well as others such as Corpus Christi and Carnival.  In nearly every dance troupe is found at least one maqta (servant) character. The maqta dresses as an indigenous Quechua man and serves a crucial role in cultural celebrations in the Cusco Region.  In some dance dramas, he is an important character who represents the poor indigenous folk.  In other dances, he is primarily a clown (bufón) who amuses the audience with his antics, harassing other characters and spectators, and playing tricks on other maqtas.

This maqta is has a hilarious wink and is sometimes known as the cieguito, or half-blind one.