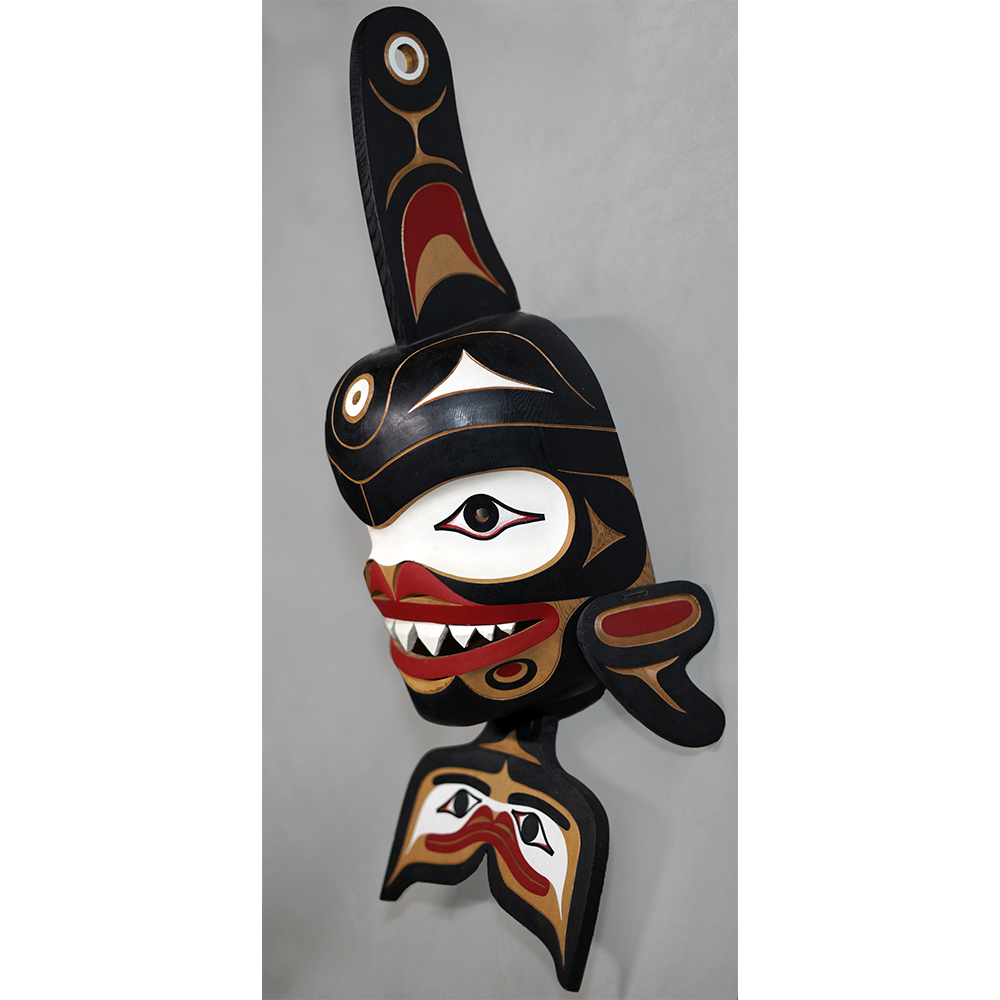 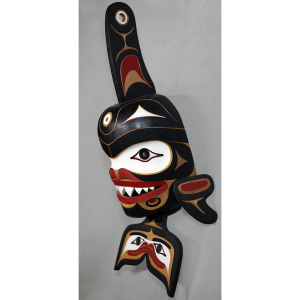 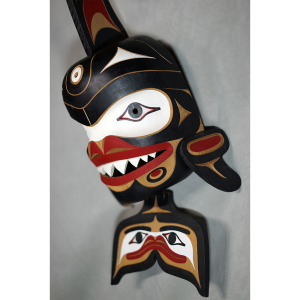 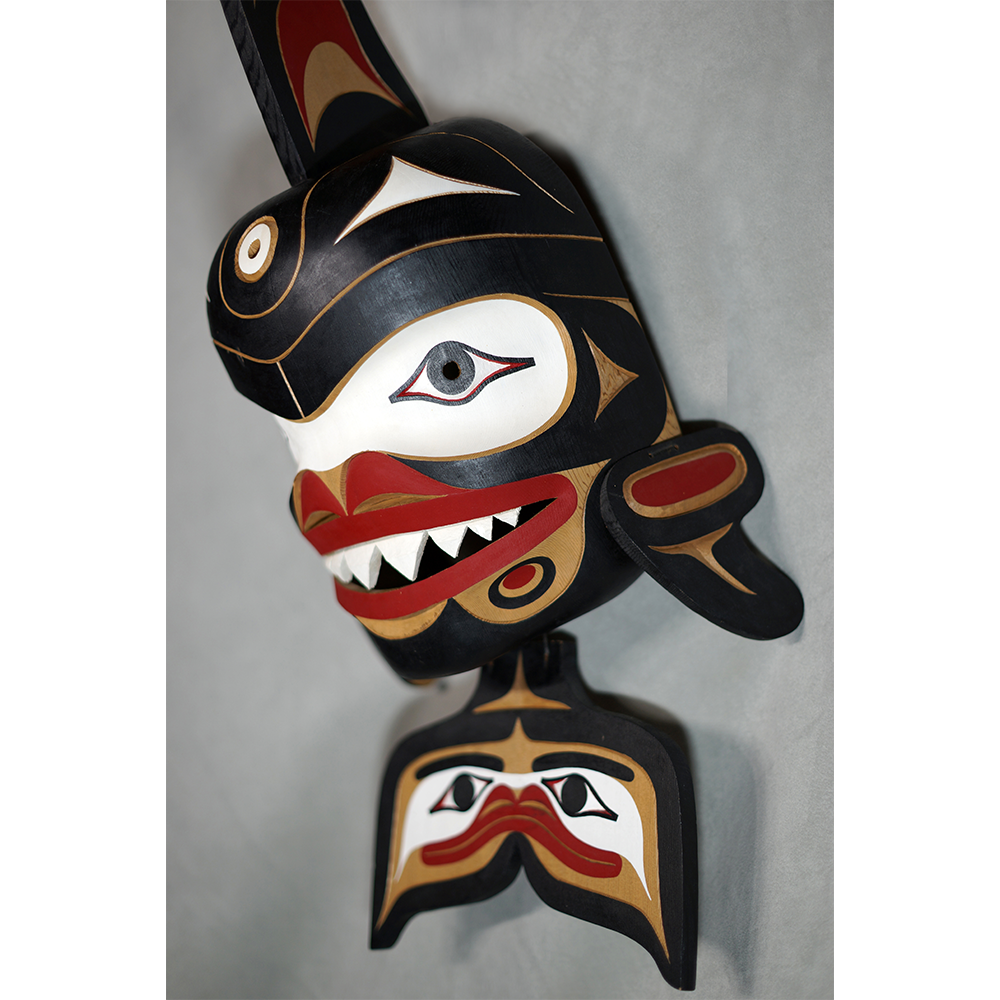 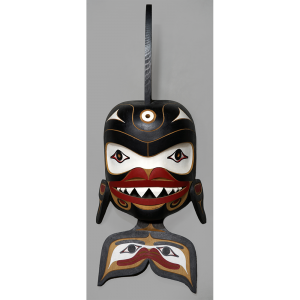 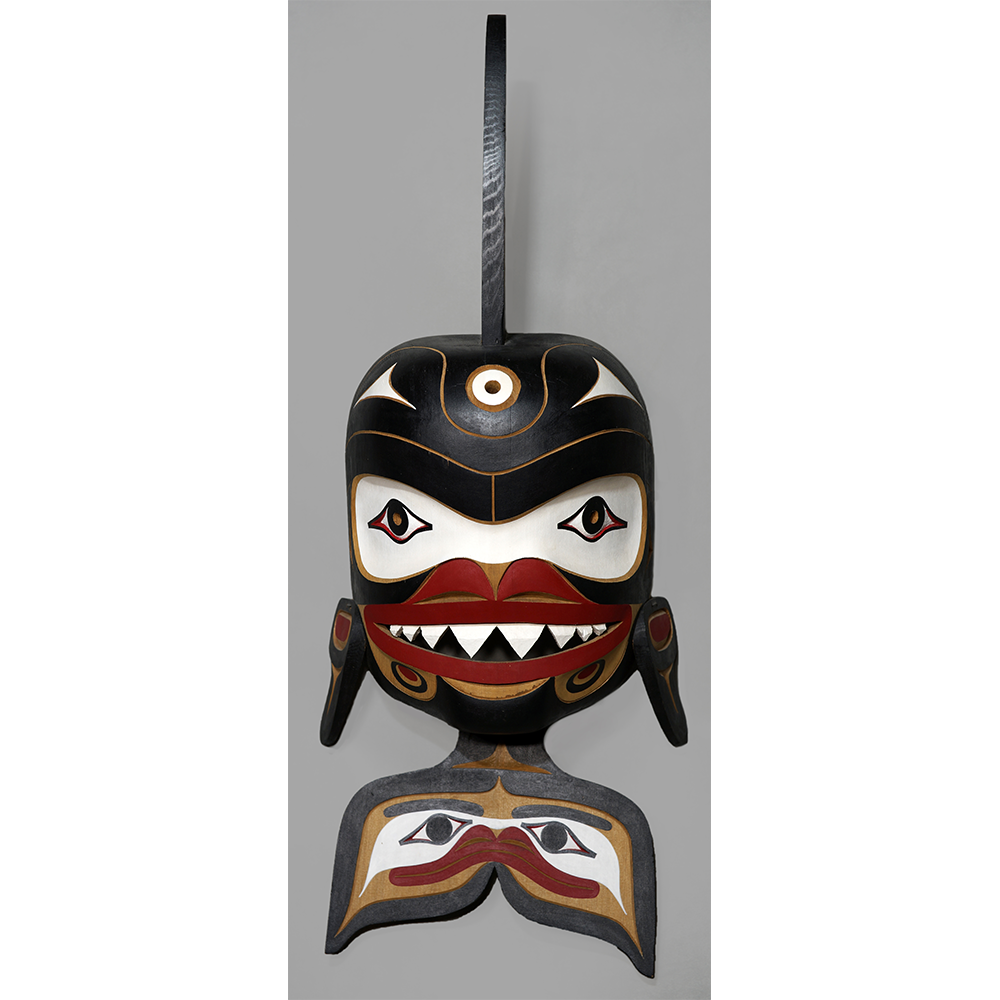 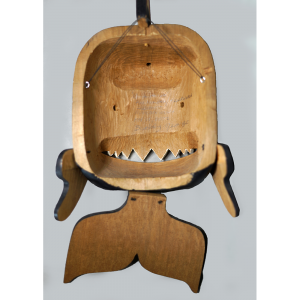 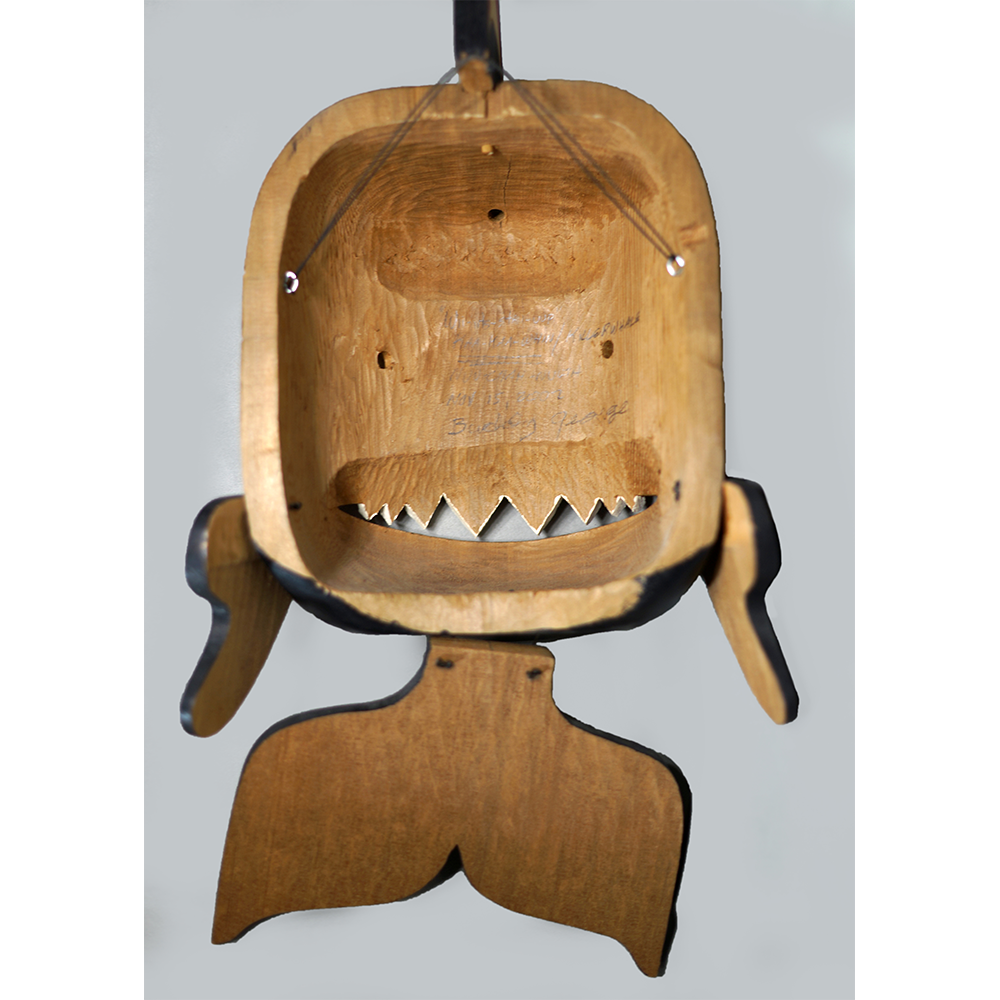 The Nuu-chah-nulth, formerly known as the Nootka, originally inhabited the western coast of Vancouver Island.  One of their important rituals is the potlatch.  A potlatch is a culturally important ceremony among the coastal indigenous Americans of British Columbia, held on many different occasions.  It could be held to celebrate a family member’s change in social status, such as a marriage, birth, death, or initiation into adulthood.  It could also be held to restore a person’s prestige after a loss in dignity, such as falling out of a canoe or making a hunting error.  The ceremony could last for one day or as long as three weeks, depending on the occasion and the wealth of the giver.

A potlatch typically included three important components: a feast, entertainment, and gift giving to the guests.  The entertainment consisted of singing and masked dancing.  The more lavish the gifts, feast, and entertainment, the greater the prestige gained by the giver.  Because masks and costumes were expensive and time-consuming to make, larger and more elaborate masks raised the prestige of the potlatch giver.  The masks themselves represented totemic animals such as the killer whale, raven, beaver, or shark, or else mythical figures and beasts, such as the Komokwa, Dzunukwa or Bukwus.