You are here: Masks1 / Tsam Damdinchoijoo 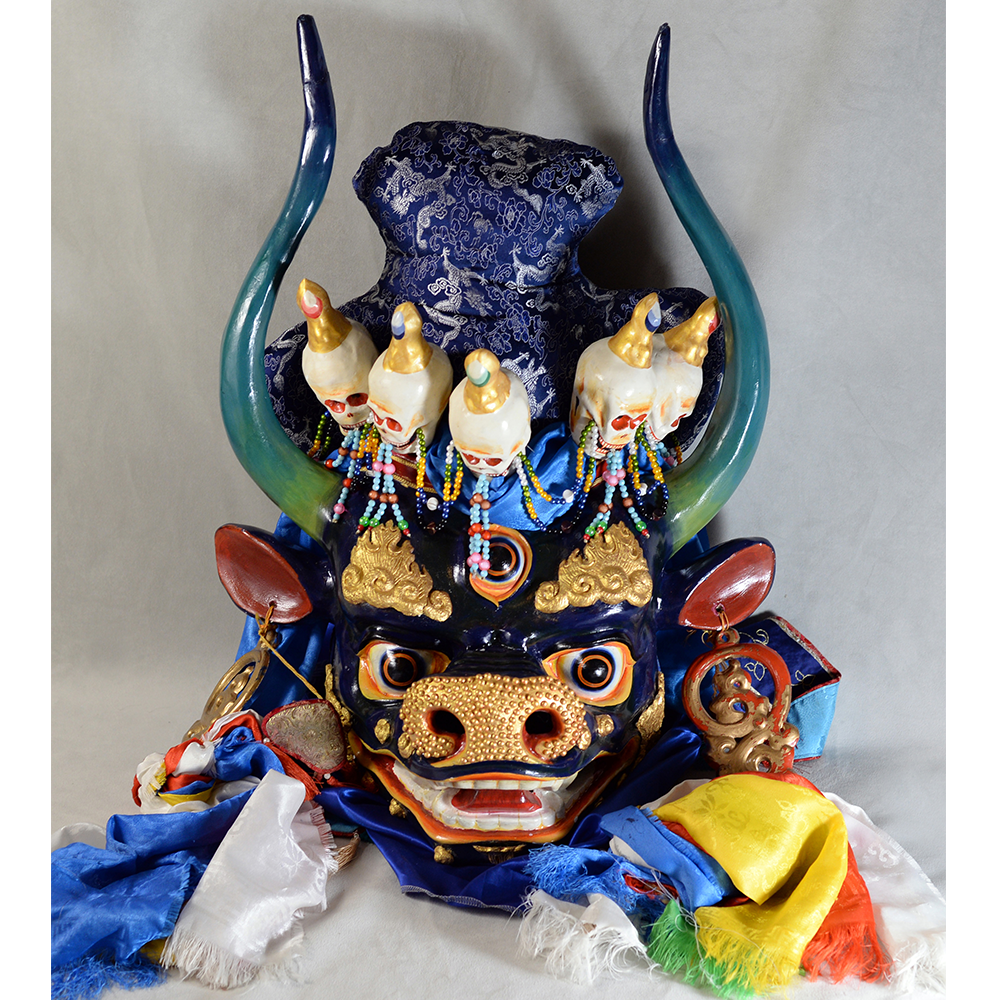 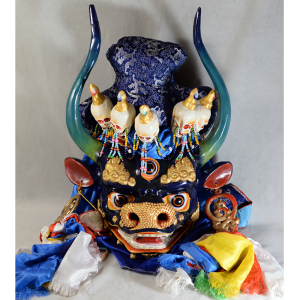 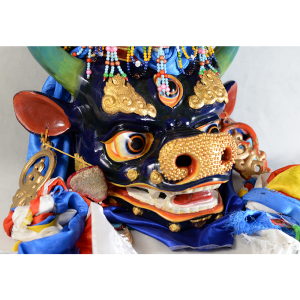 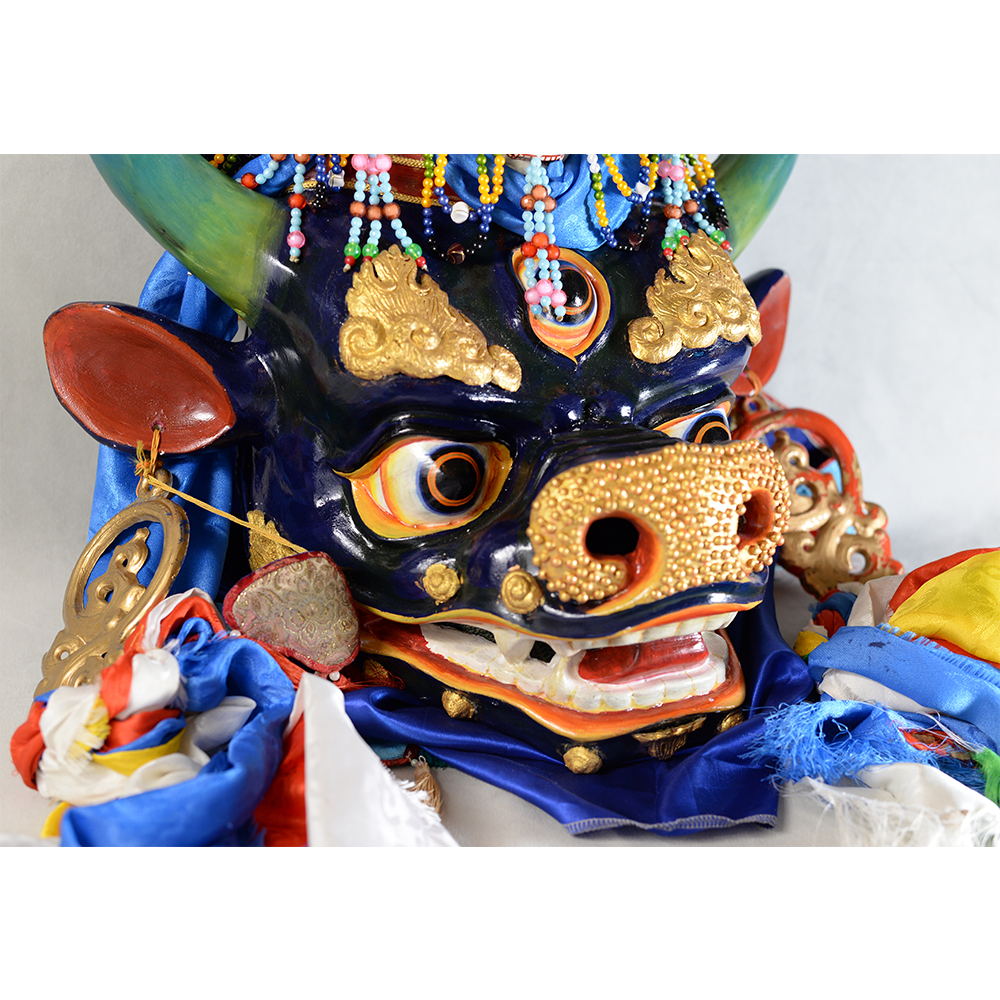 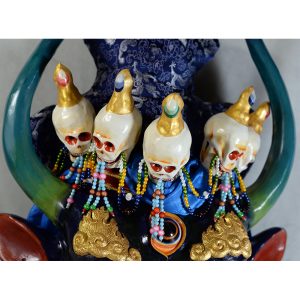 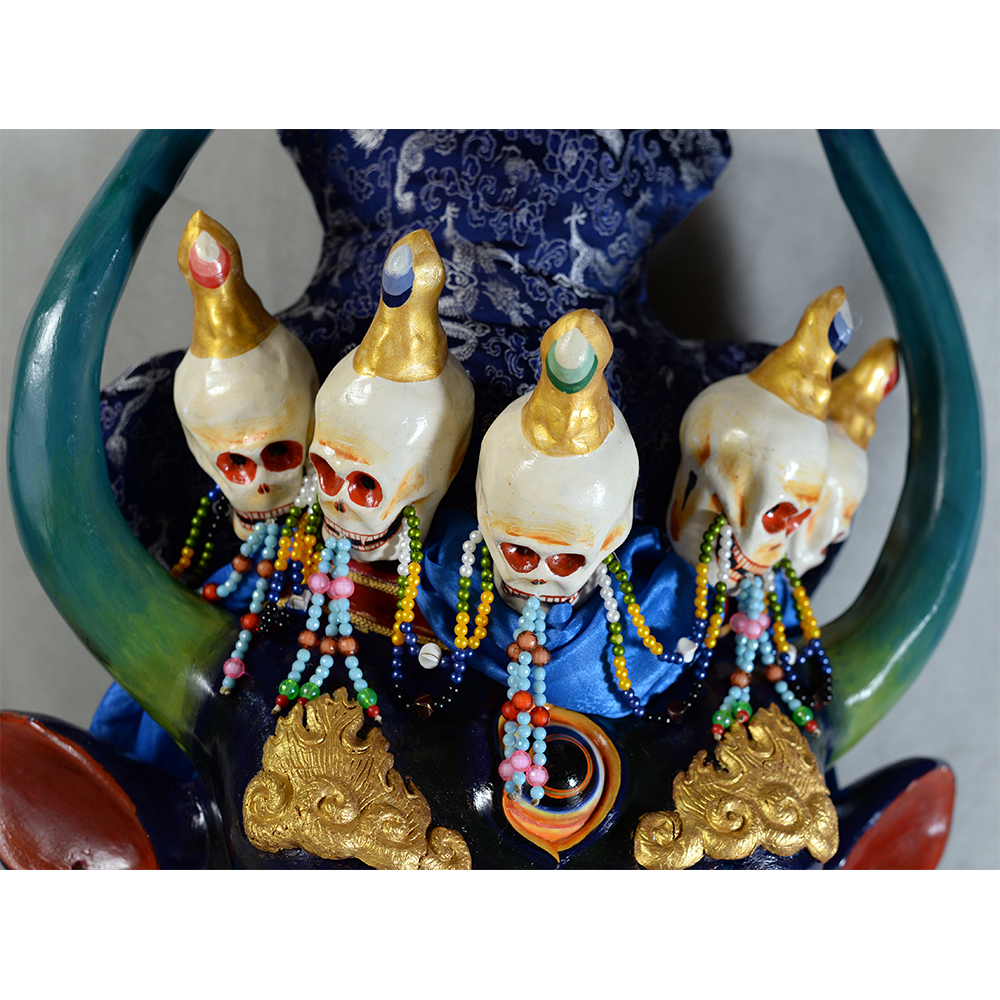 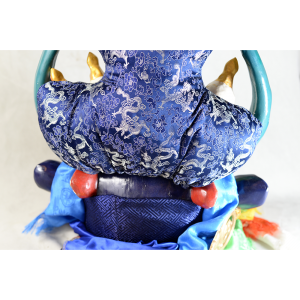 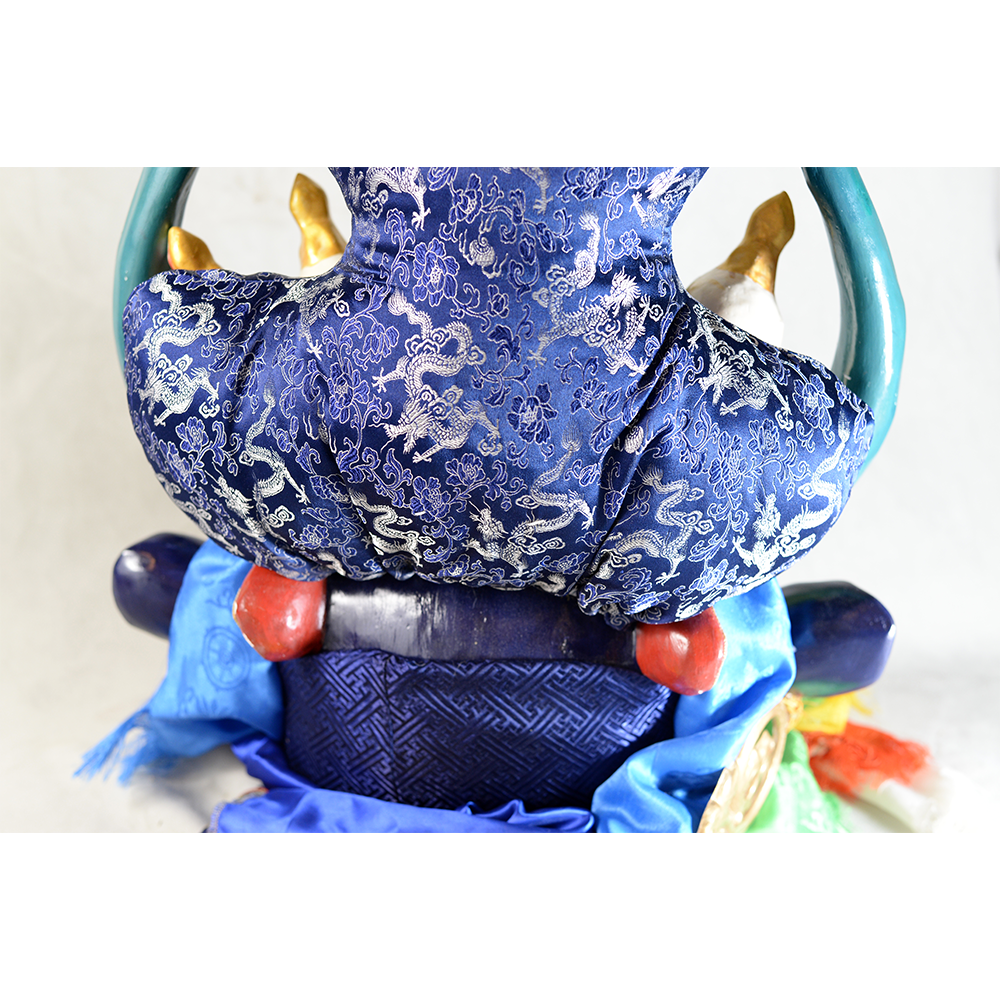 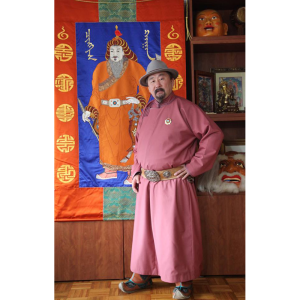 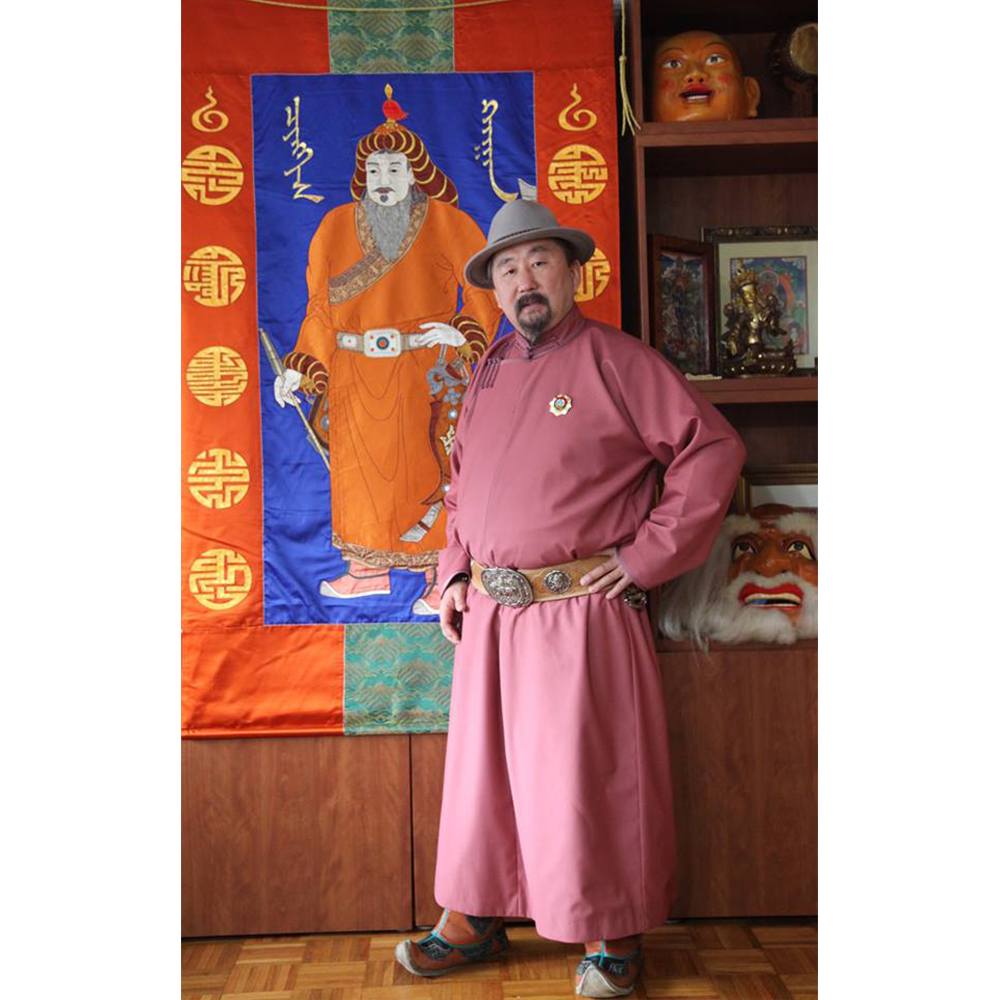 The Hindu-Buddhist Tsam dance crossed the Himalayas from India in the late medieval age and became a popular ritual in northern India and throughout Nepal, Bhutan, and Tibet.  From Tibet, it reached Mongolia in the early nineteenth century and was soon adopted by Buddhist monasteries there.  The dance is performed on major religious holidays to invoke protective spirits and purify the region of evil influences.

This mask represents Damdinchoijoo, also known as Yama, the god of death, who judges whether the dead descend to the underworld to rise to paradise. In Hindu-Buddhist mythology, he is the son of Kali, the Hindu goddess of death. In the Tsam dance, he holds a magical weapon resembling a skeleton and a bowl made from a human skull.