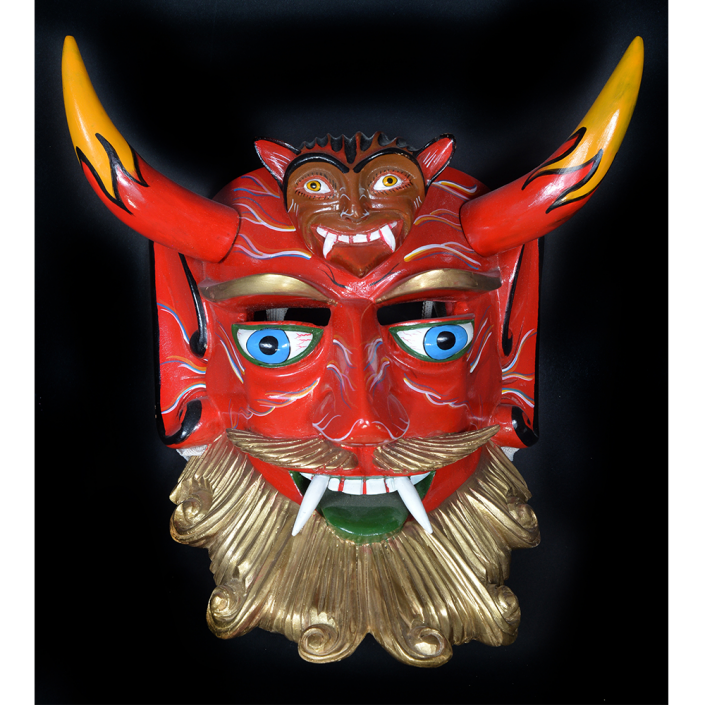 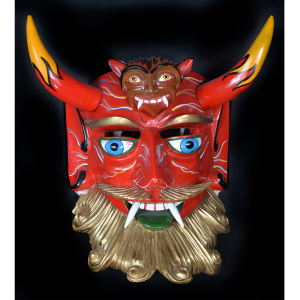 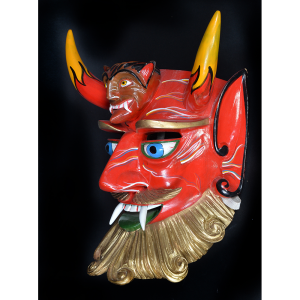 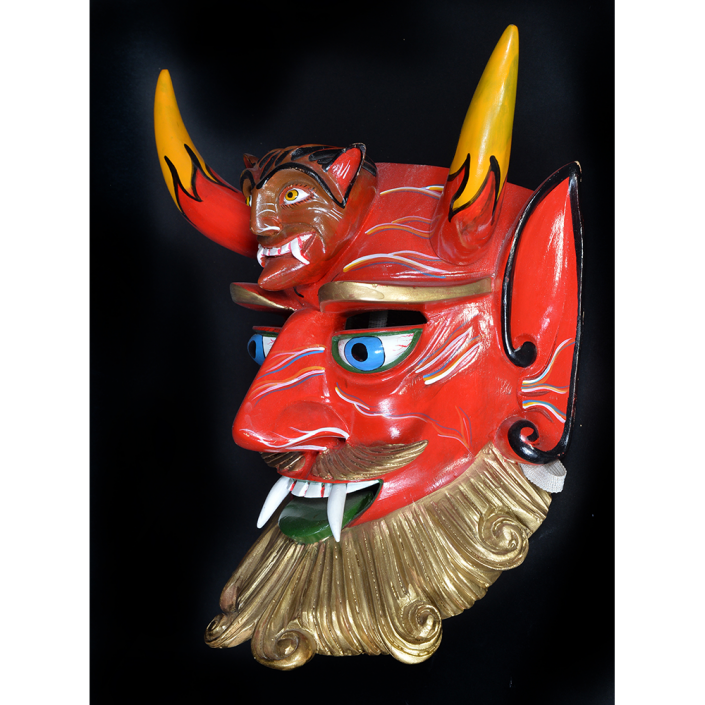 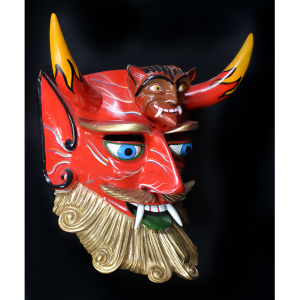 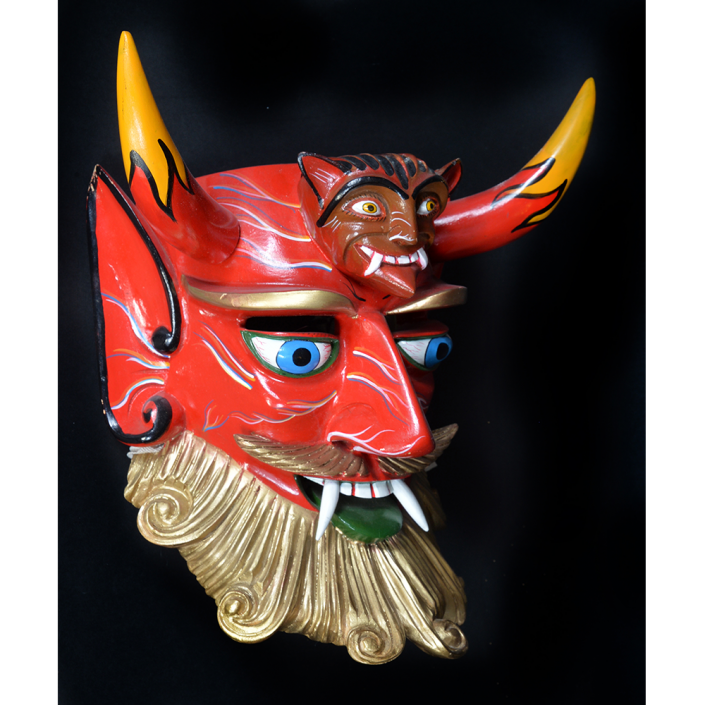 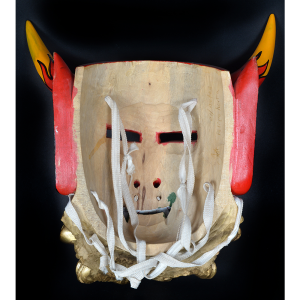 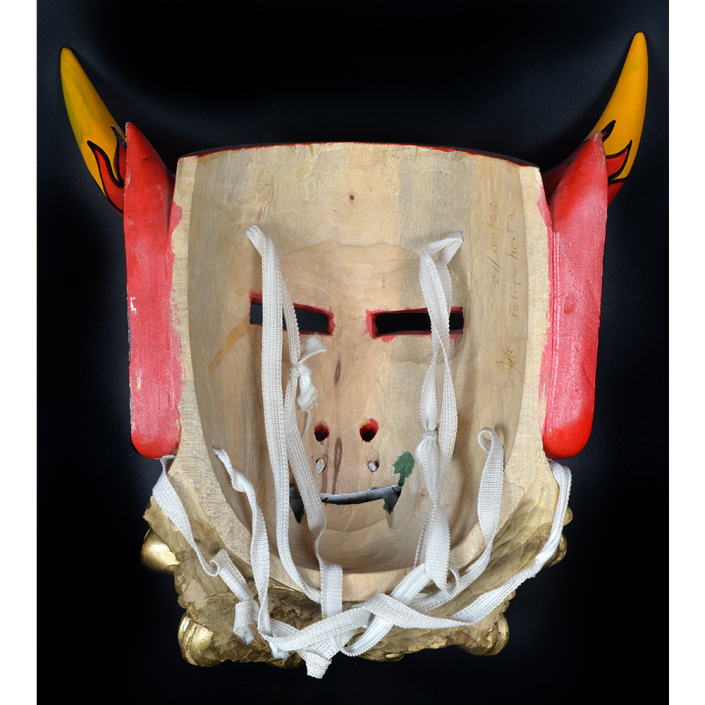 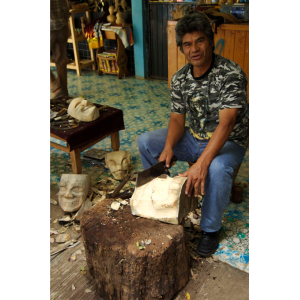 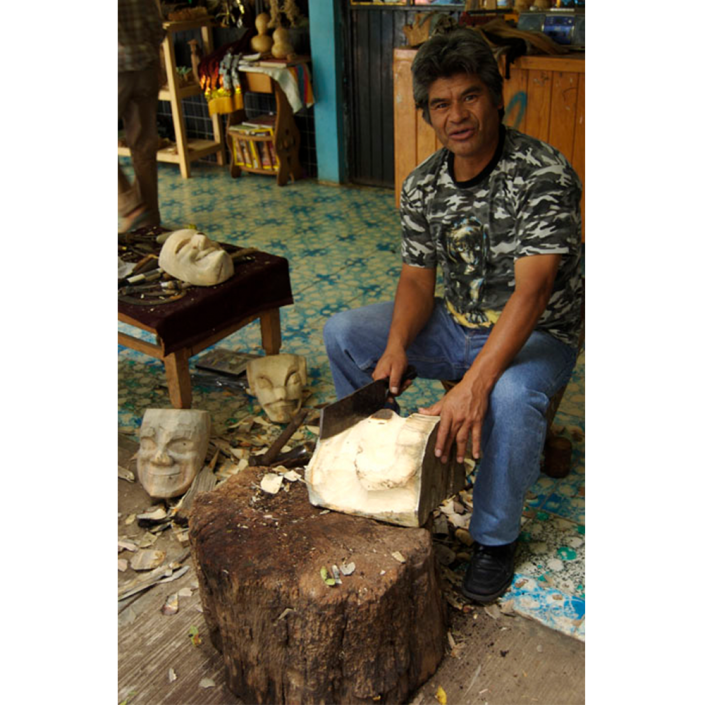 The Pastorela is the ceremonial dance drama of Michoacán state in Mexico. Pastorelas, performed in February during the Shrovetide season, are primarily religious in significance. The main characters of the Dance of the Shepherds are the Devil, the Archangel Michael, shepherds, and a hermit (who paradoxically represents the ancestors of the performers).  The drama revolves around the attempts of Lucifer and his demon minions to steal the baby Jesus.  Other dramas performed on the occasion include the Dance of the Negritos (dance of the little blacks), relating to the importation of African slaves into Mexico by the Spaniards, and which includes an army of elegantly dressed “little Maries” (Maringuillas), like the one represented by this mask, and feos, or ugly clowns.

This mask was carved by Felipe Horta, one of a famous extended family of carvers from the town of Tocuaro, in 2009, and worn in the Pastorela celebration of 2010.