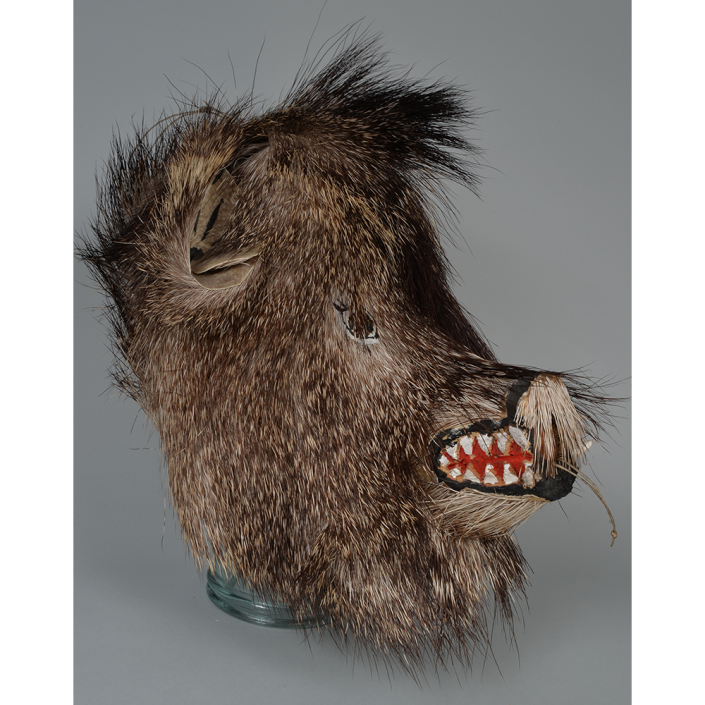 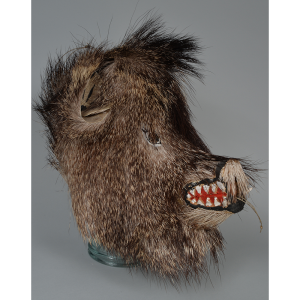 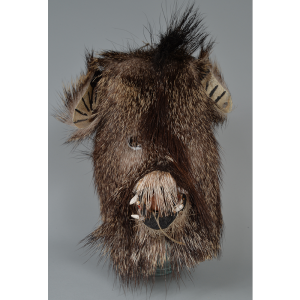 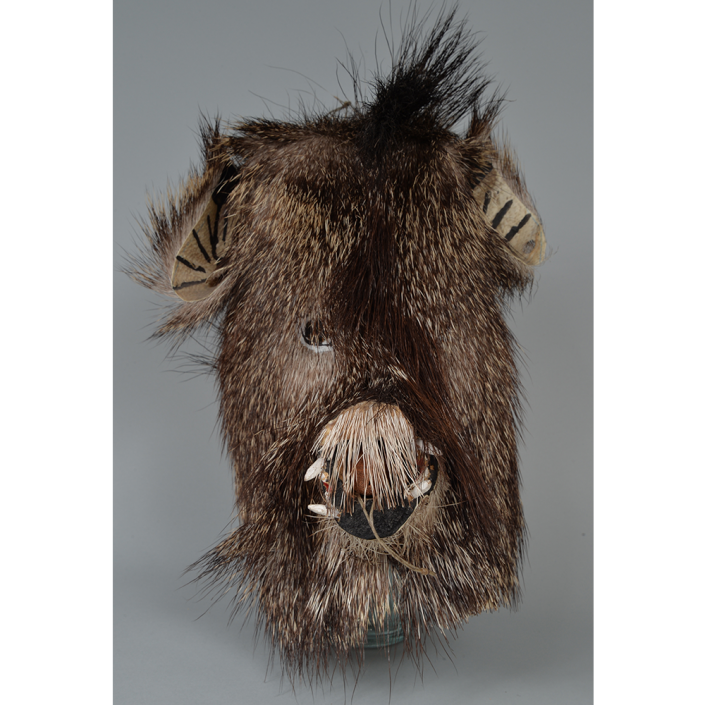 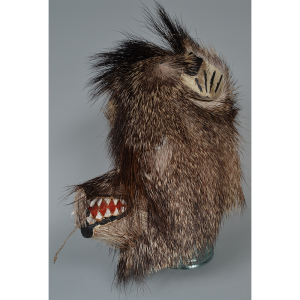 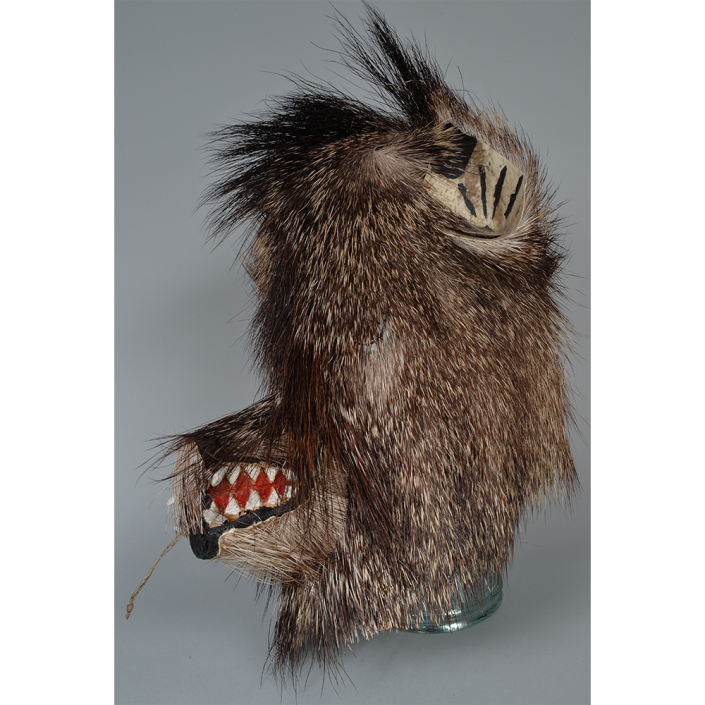 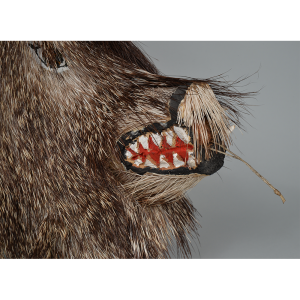 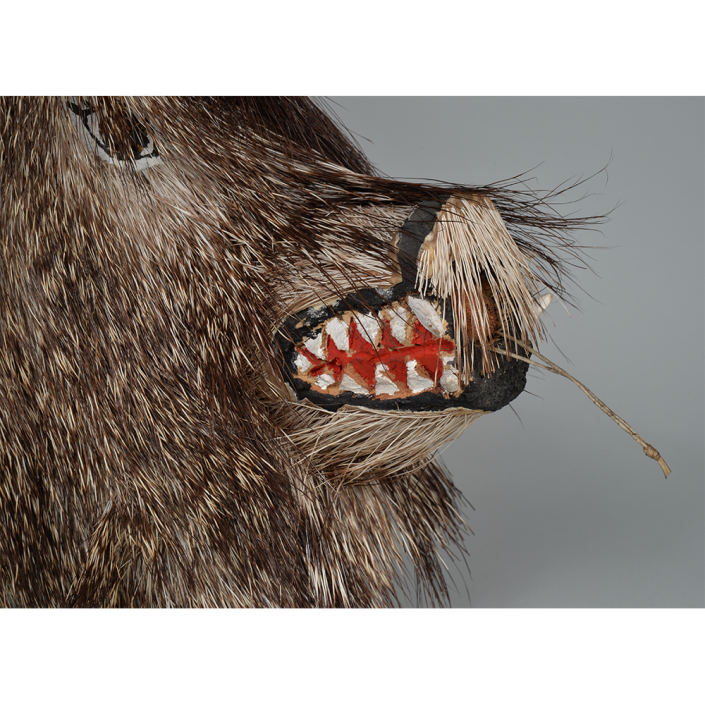 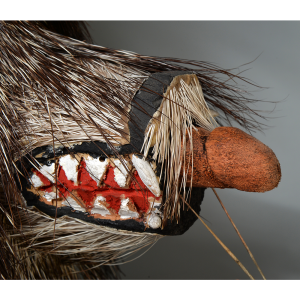 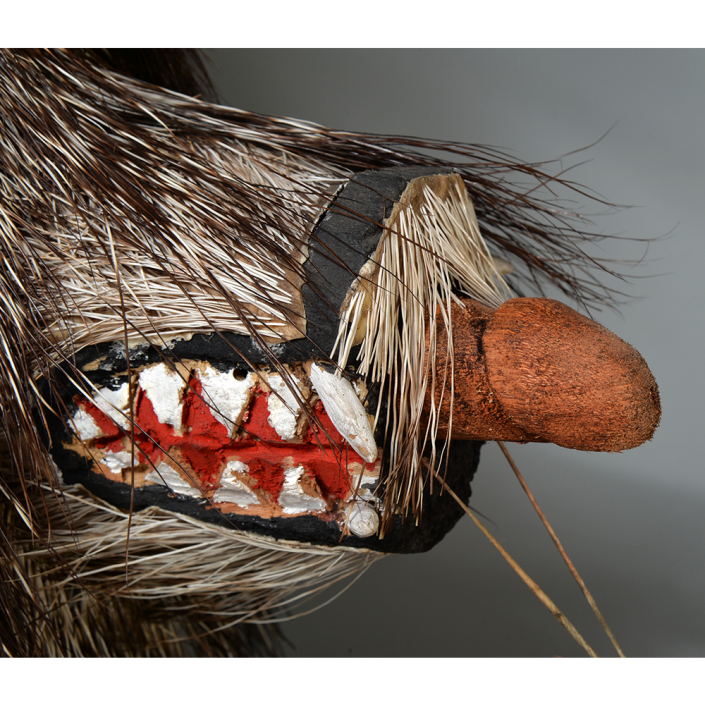 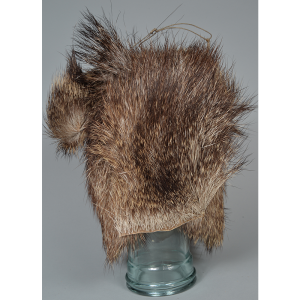 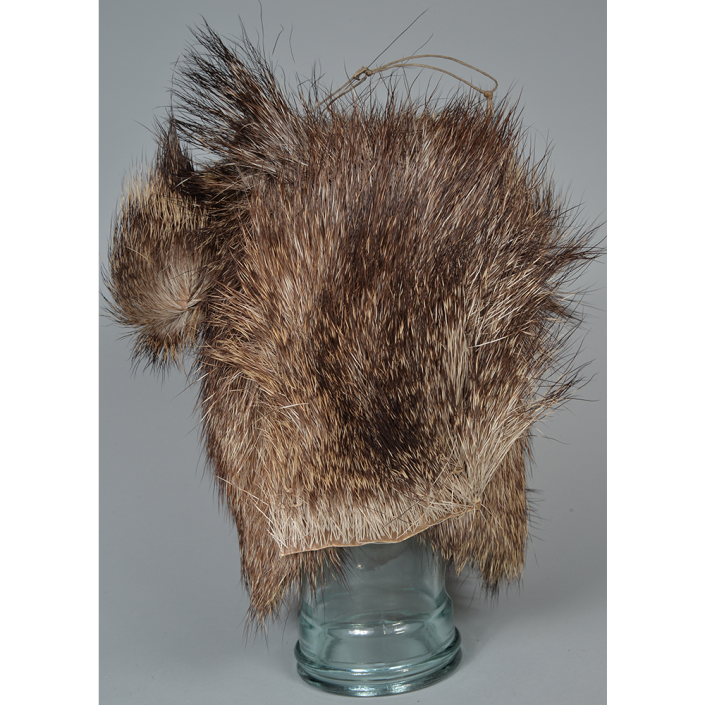 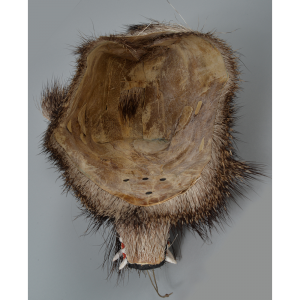 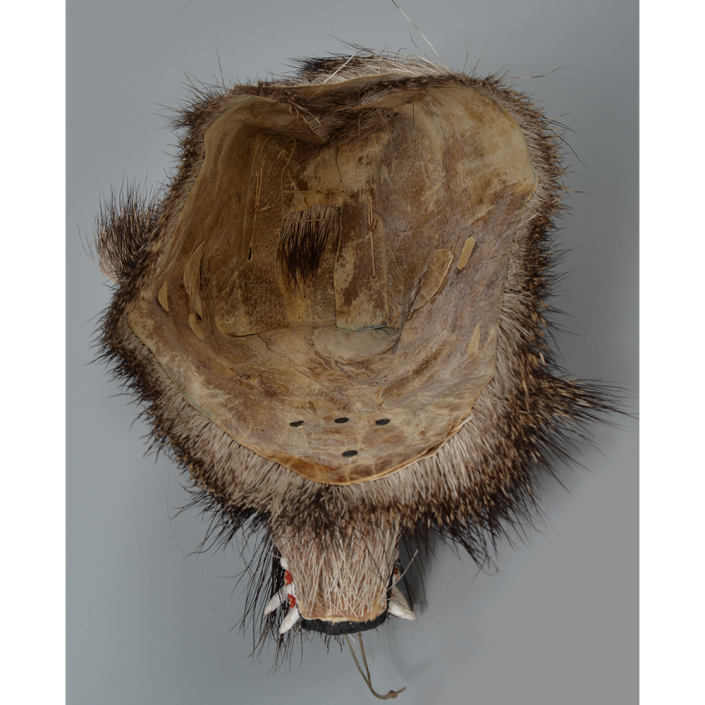 This mask is made of javelina leather and exaggerates the grotesque aspect of the fariseo by having a wooden penis emerge from and disappear into his mouth where his tongue would be, pulled by a string.