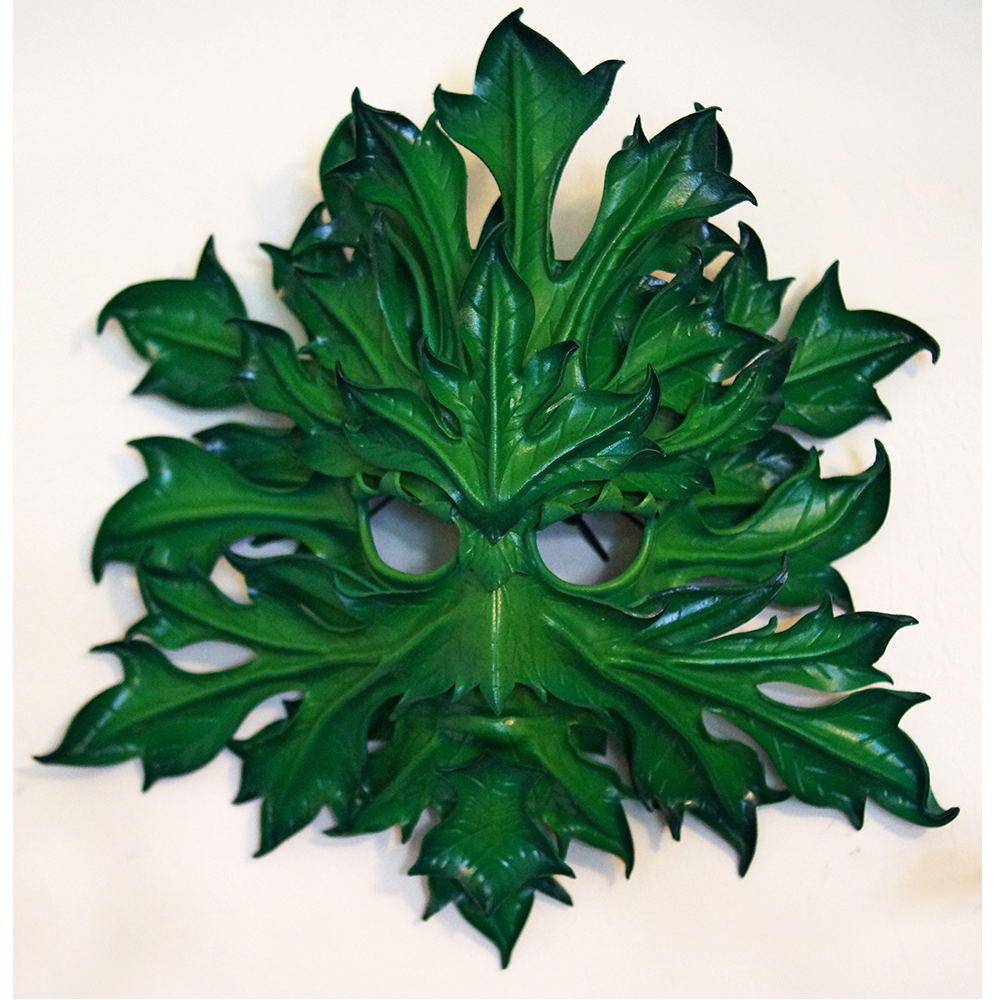 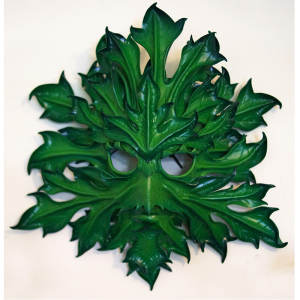 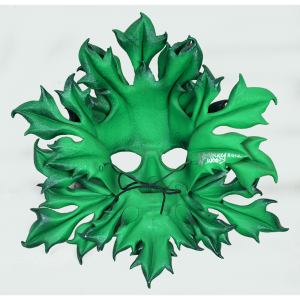 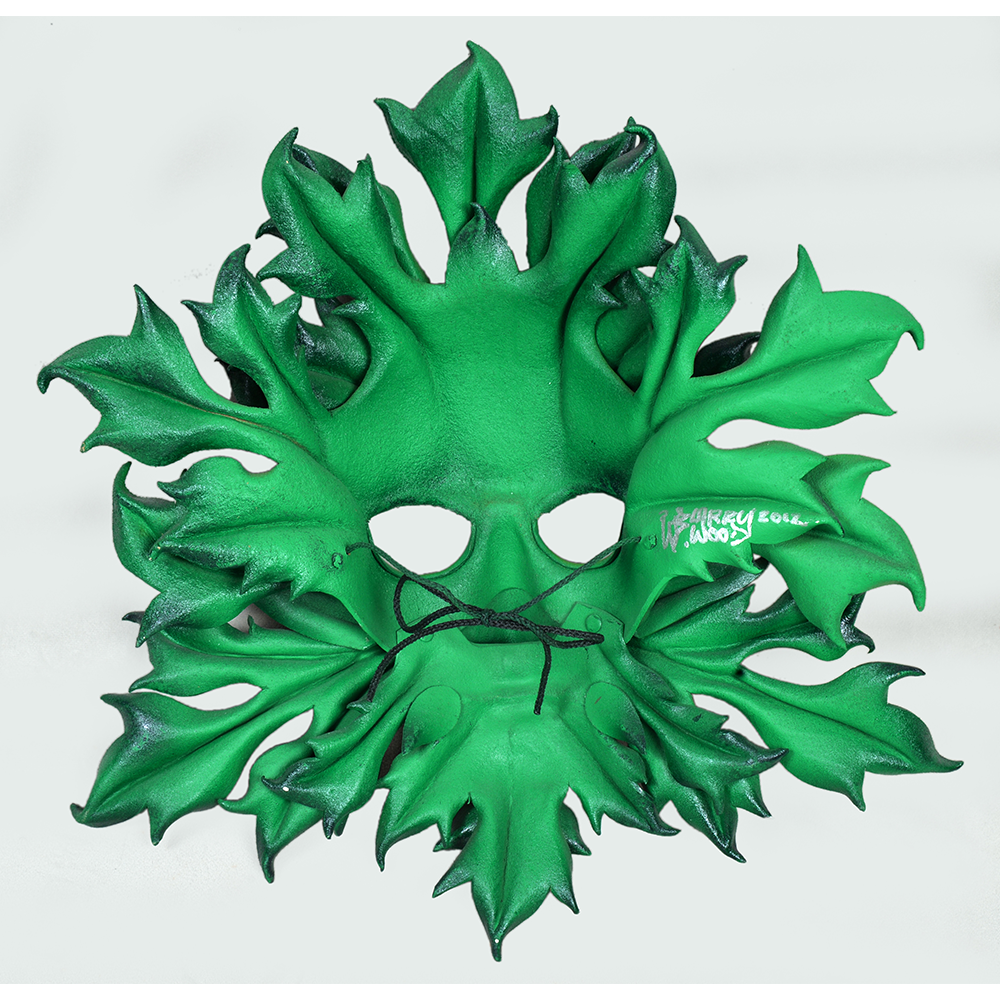 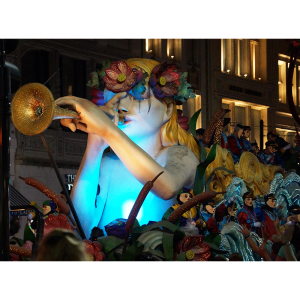 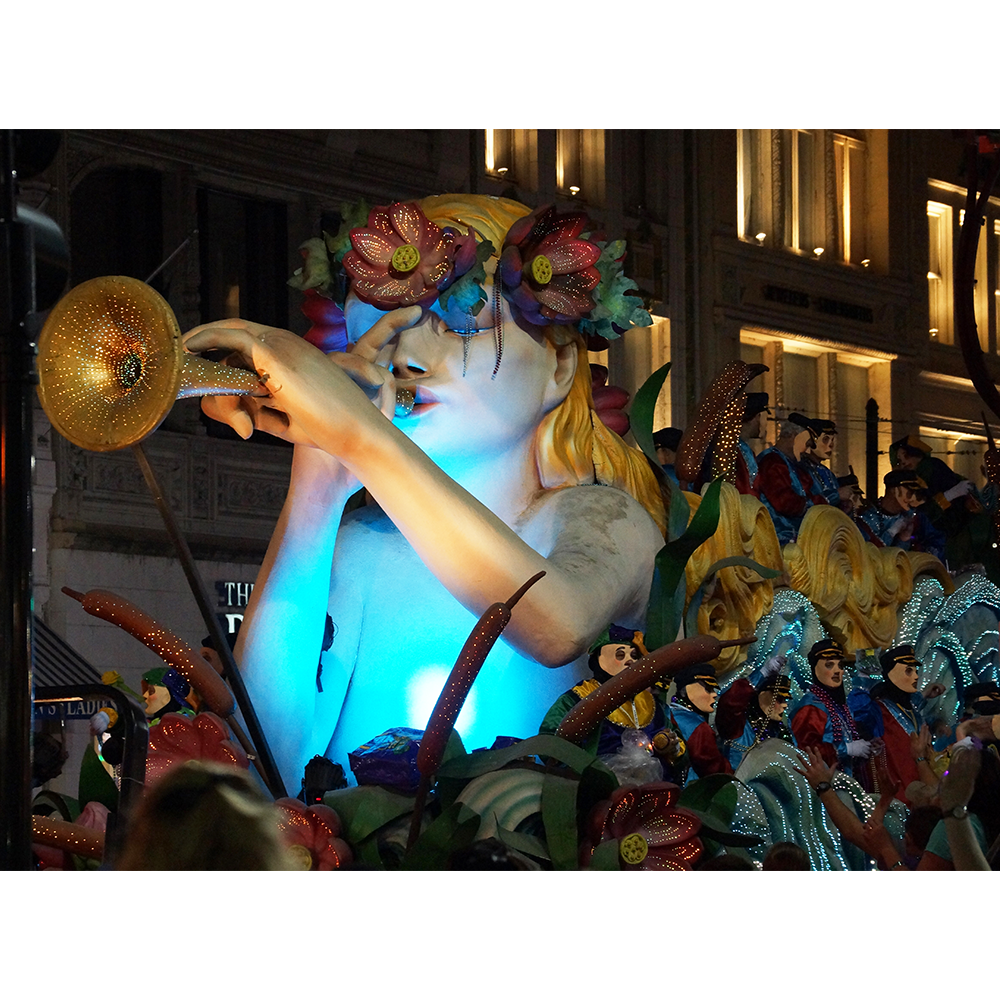 This specific mask was hand made by a skilled artisan from Maryland for Renaissance festivals and New Orleans Mardi Gras. It represents a “green man,” a representation of a natural animistic deity common portrayed throughout European history and especially in Celtic motifs.