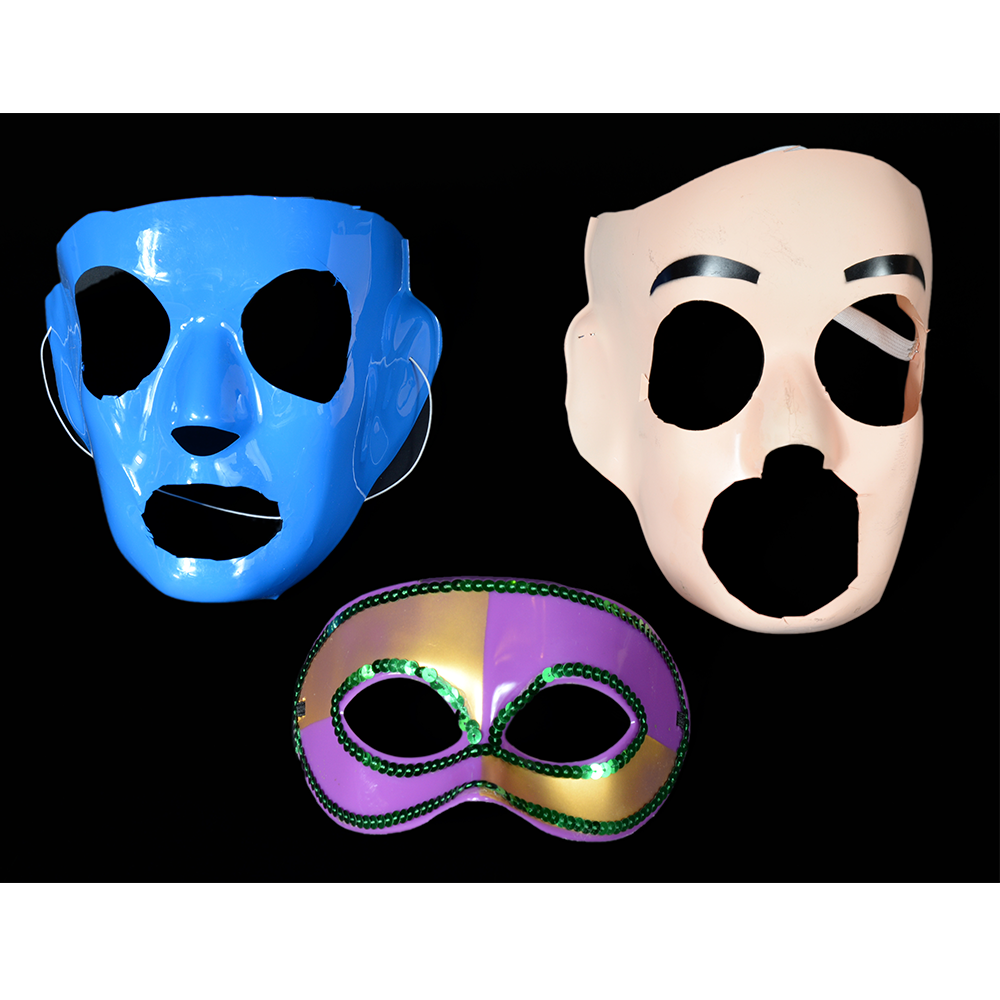 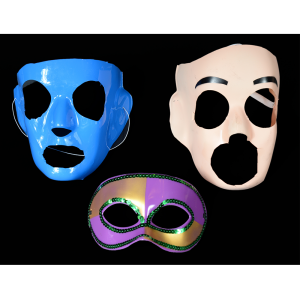 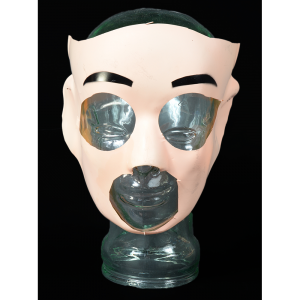 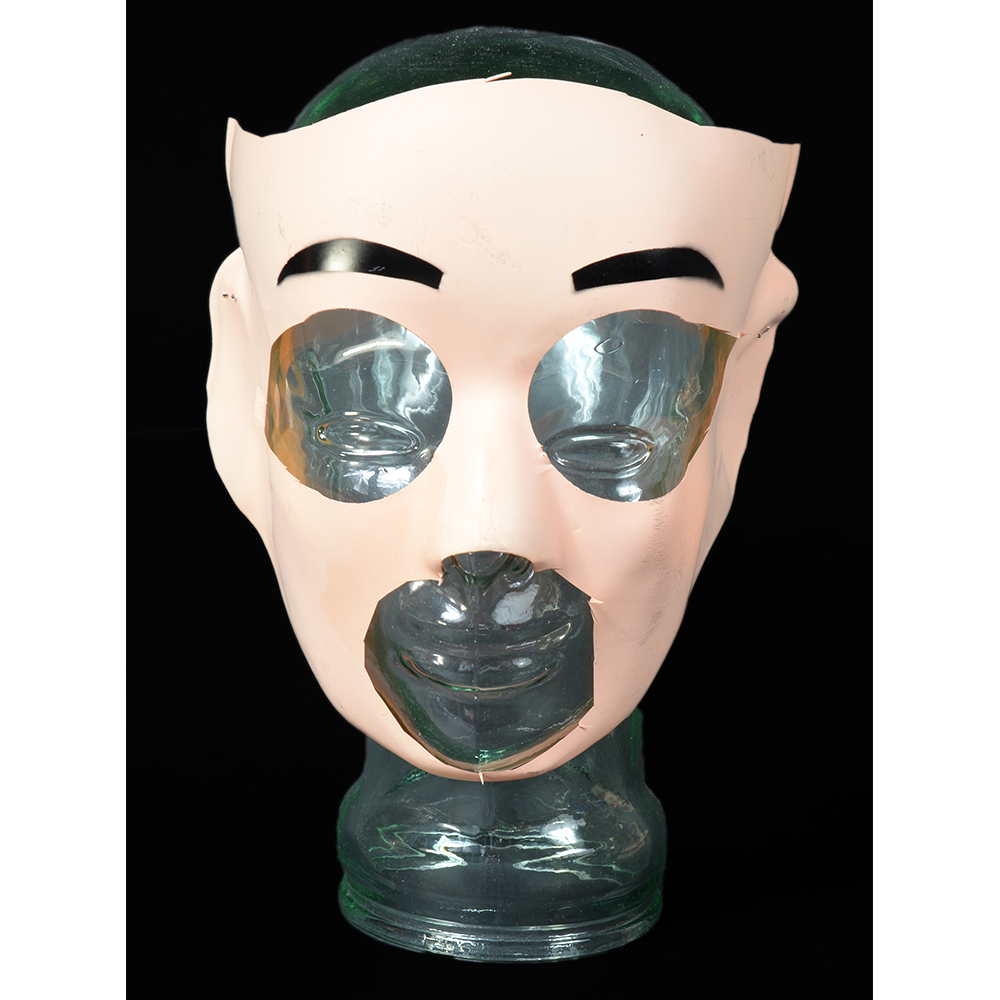 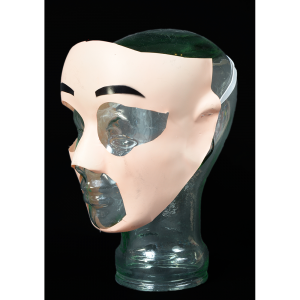 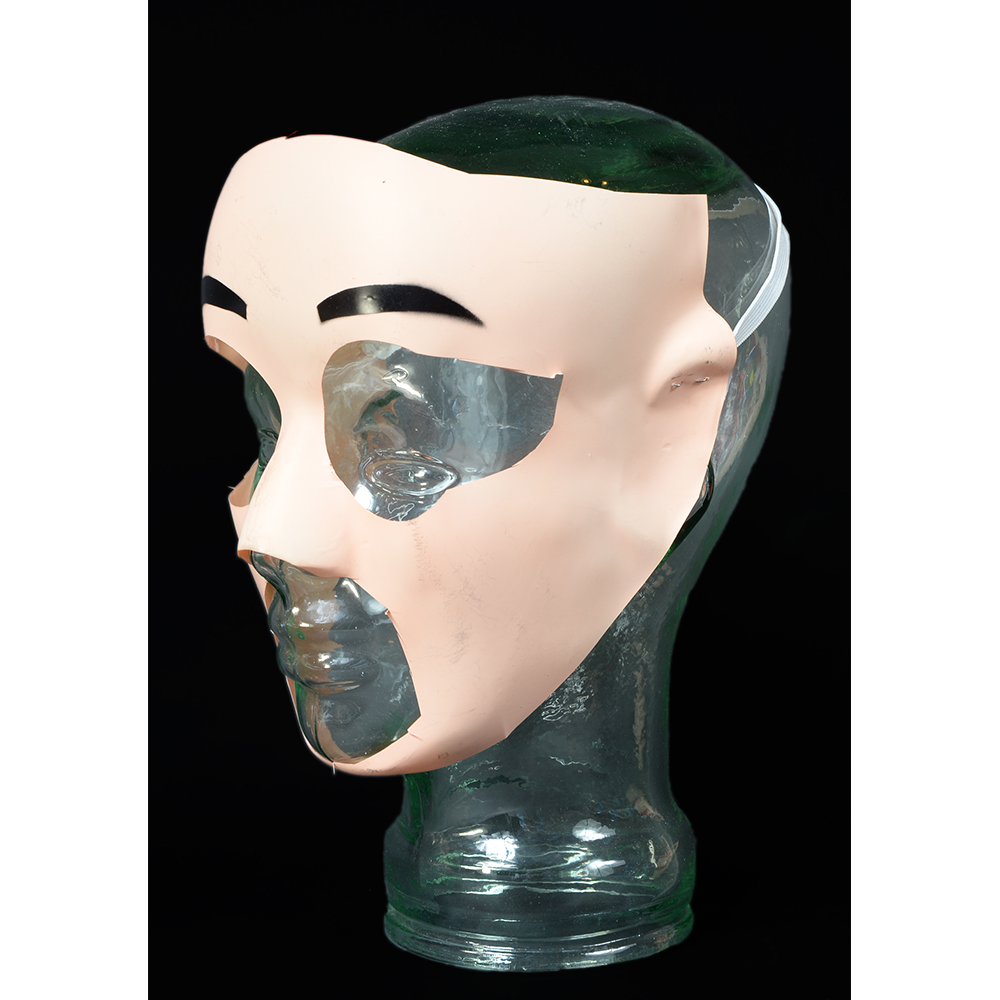 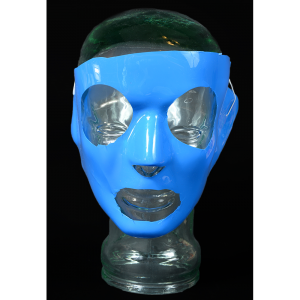 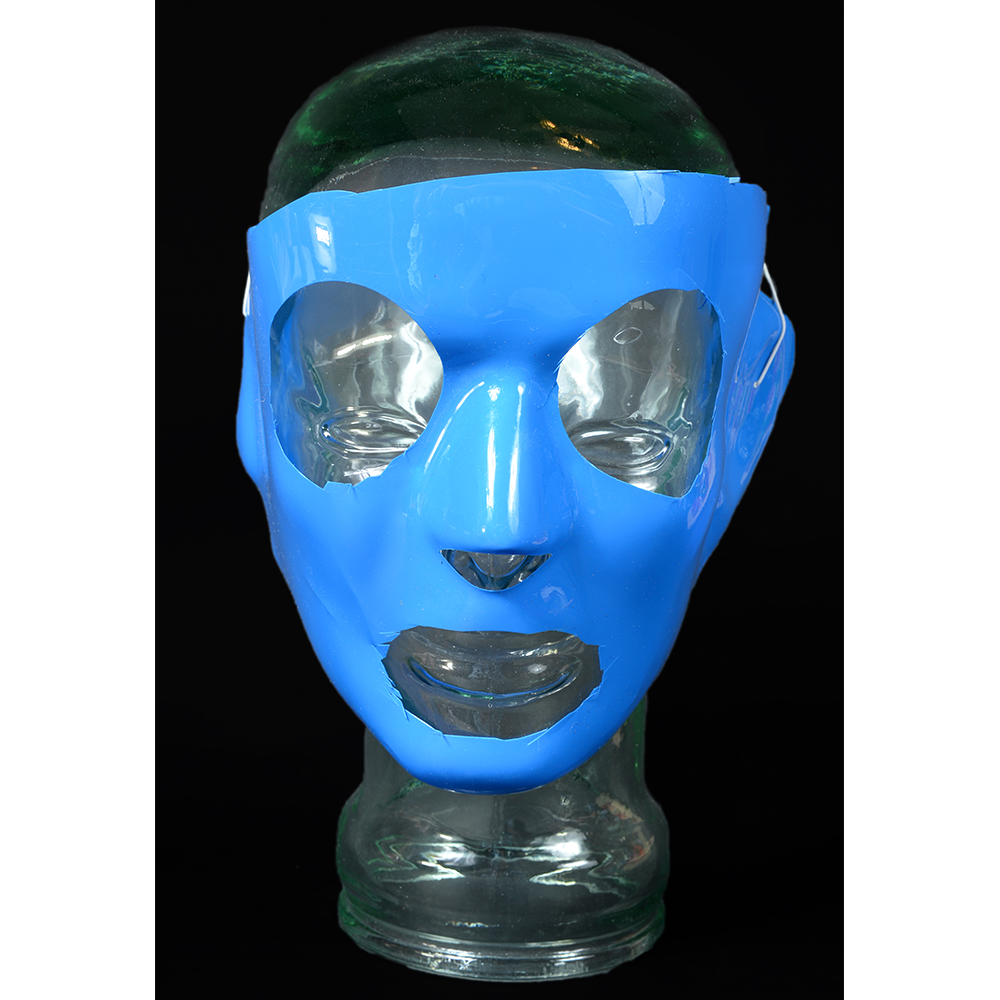 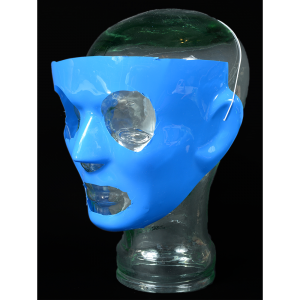 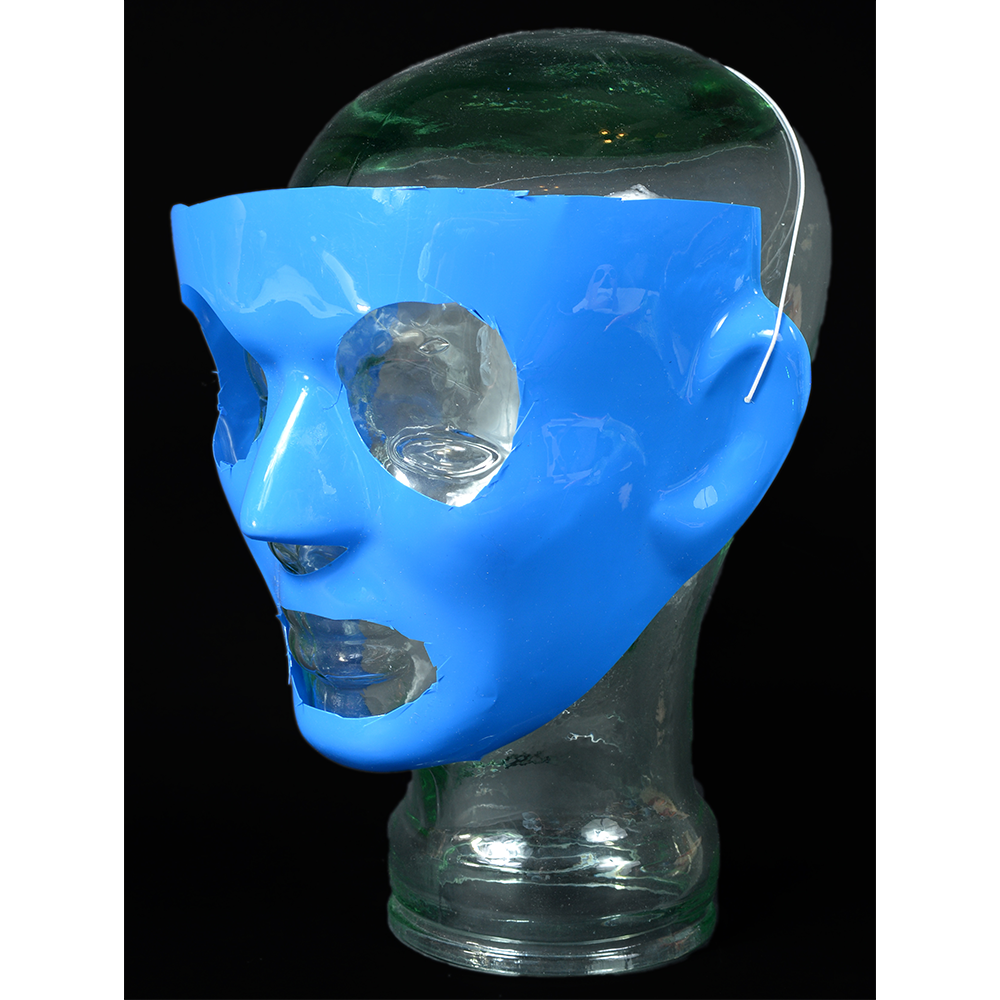 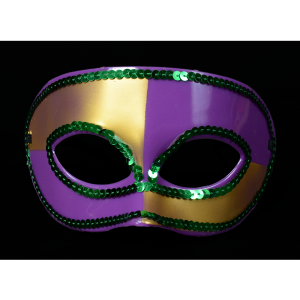 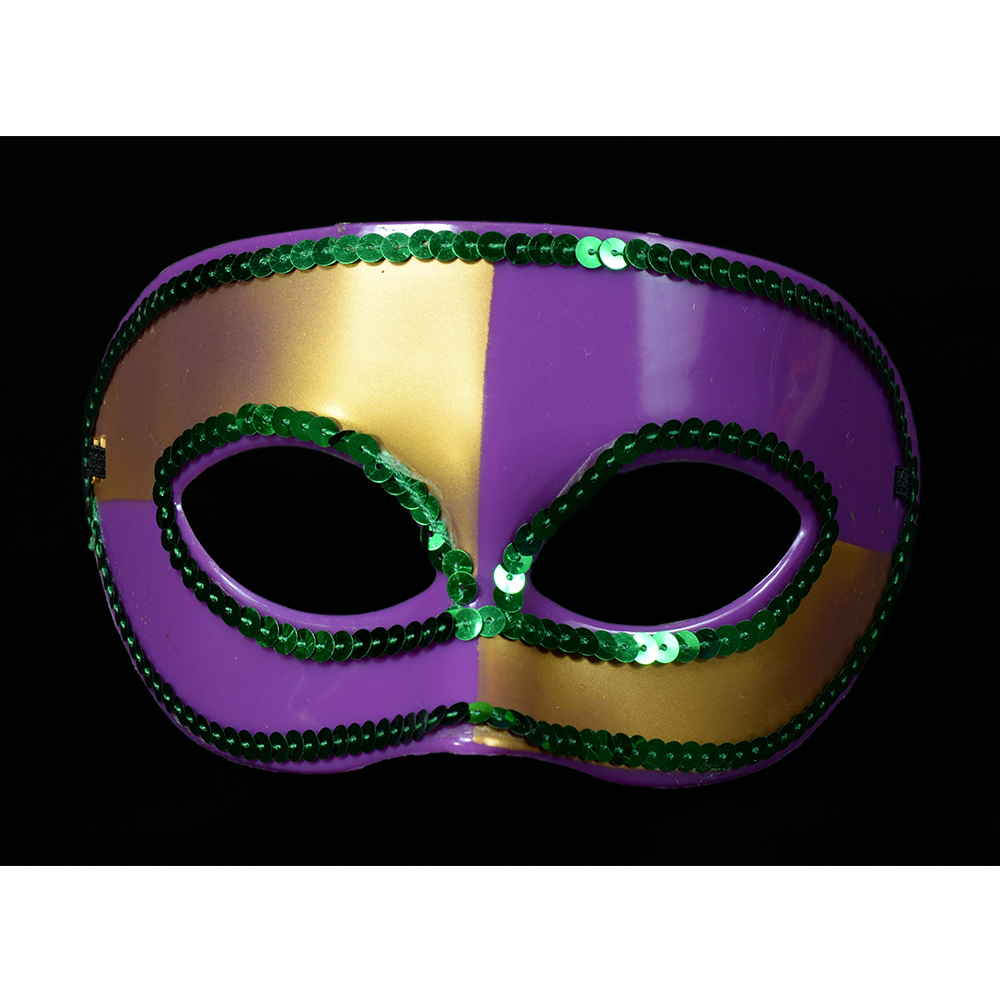 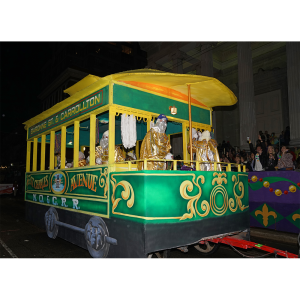 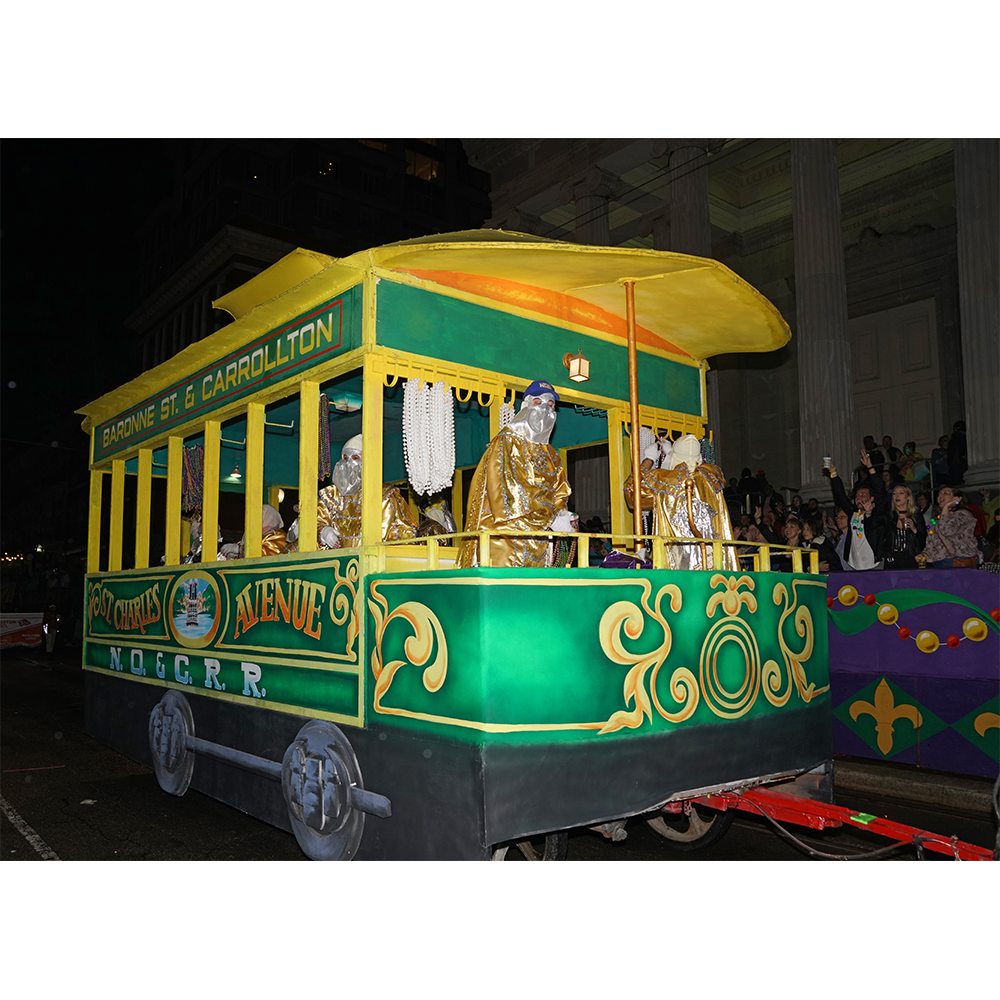 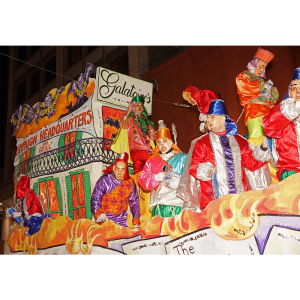 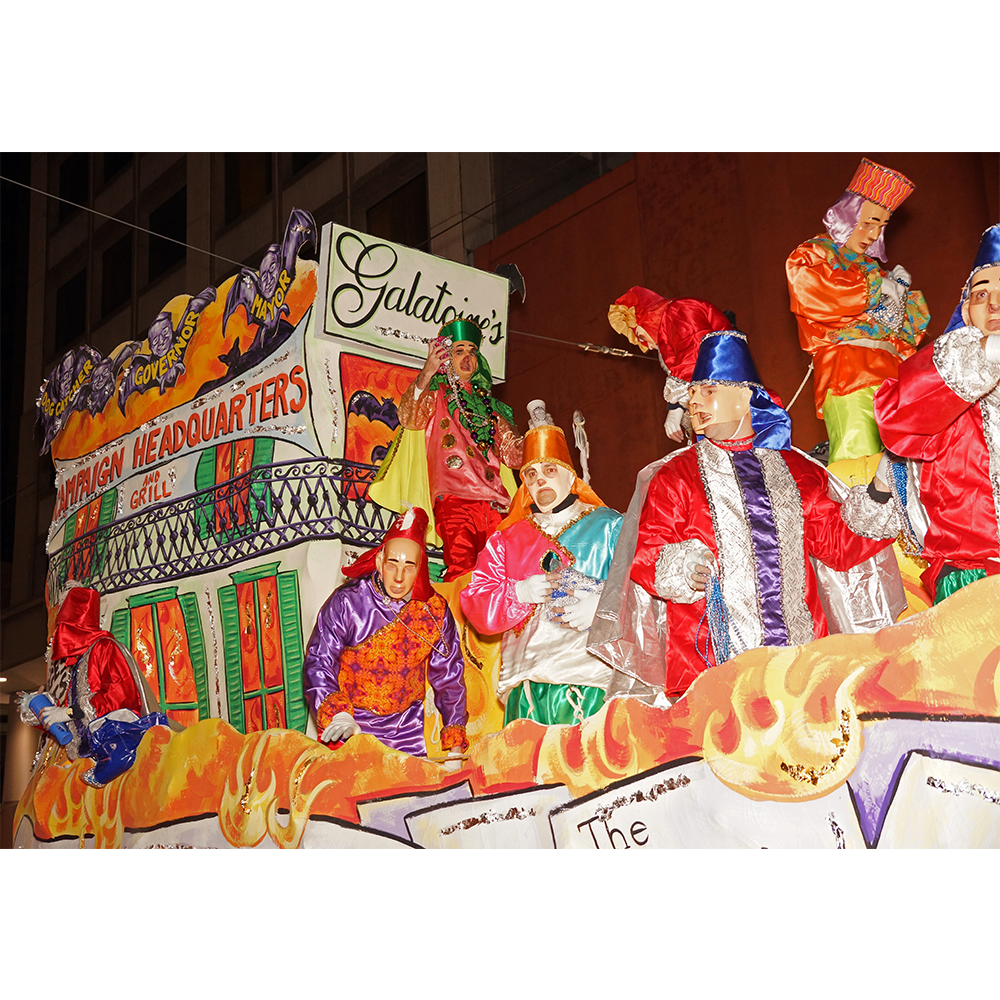 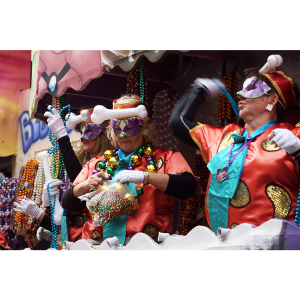 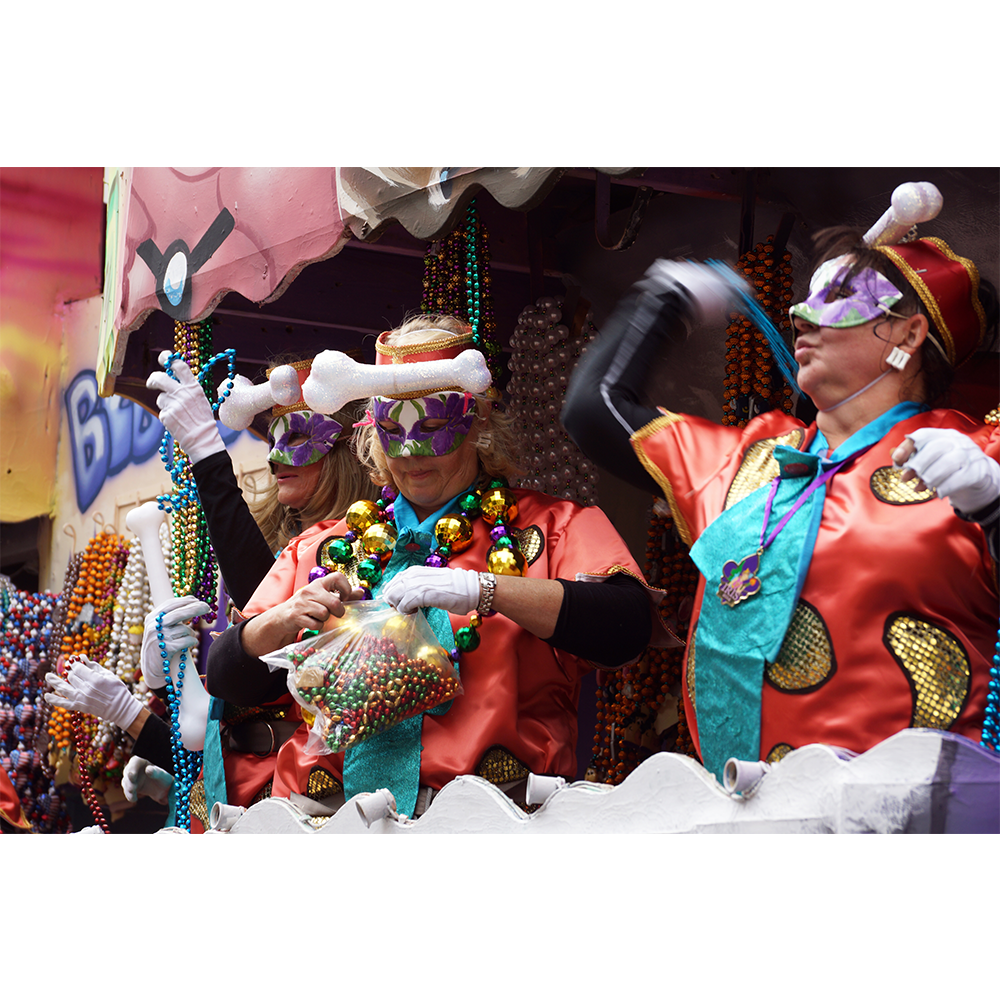 These float rider masks are purchased in mass quantities, usually from Chinese manufacturers, for the krewe members whose chief task is to deliver throws to the parade audience. All were worn by float riders during Mardi Gras 2019. In the case of the thin, flexible masks, the float riders have hand-cut wider holes around the eyes and mouth to increase the field of vision and to make it easier to drink beer without removing the mask.