You are here: Masks1 / Kwakwaka’wakw Rabbit 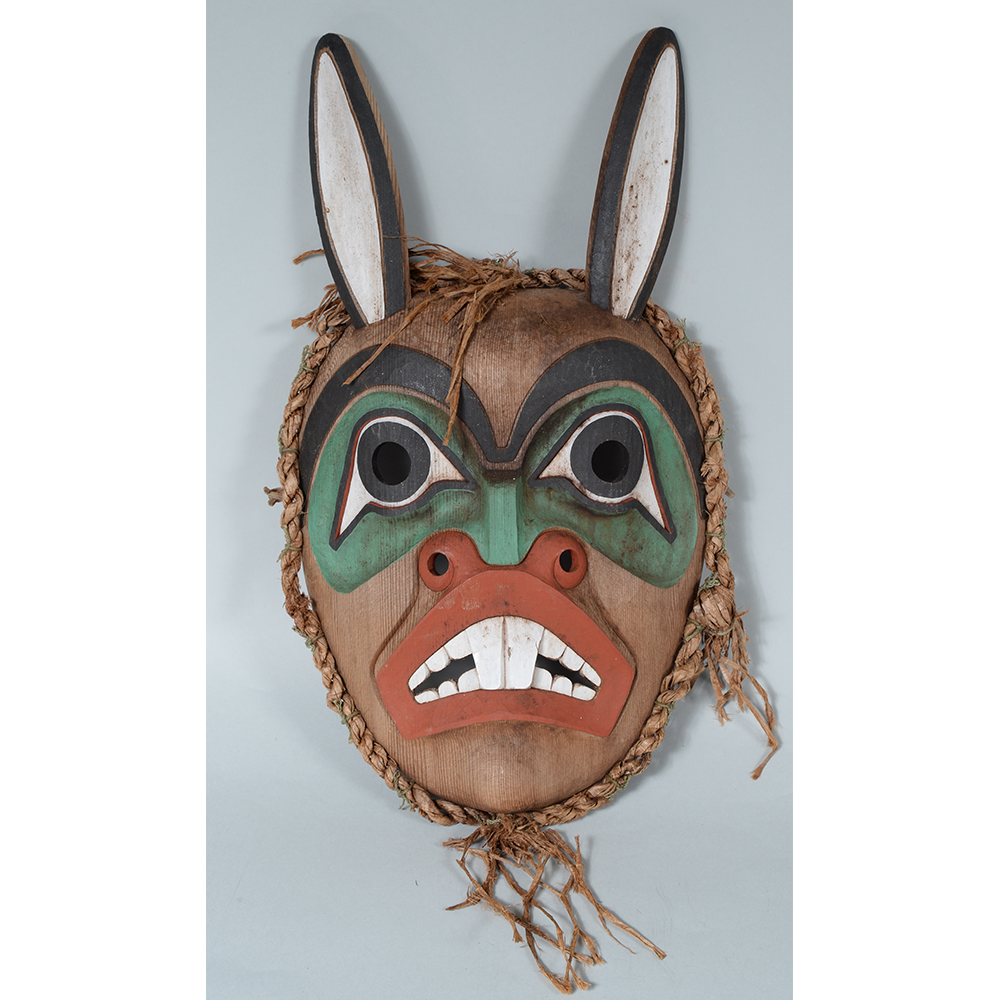 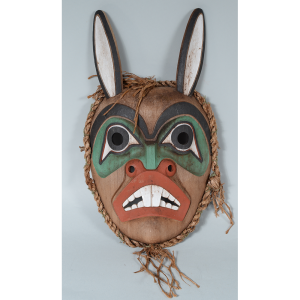 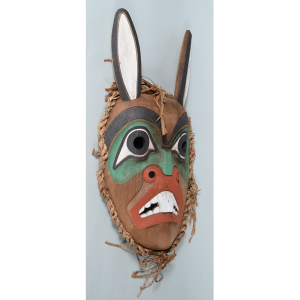 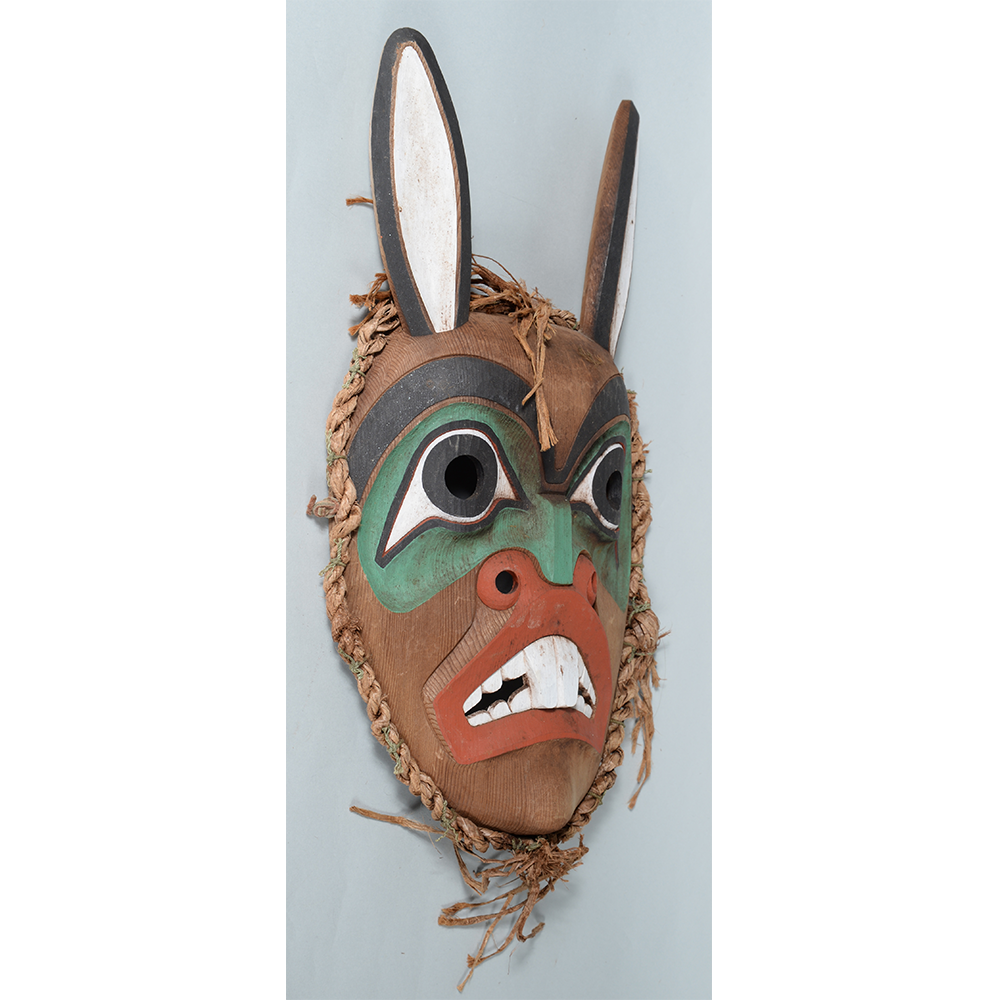 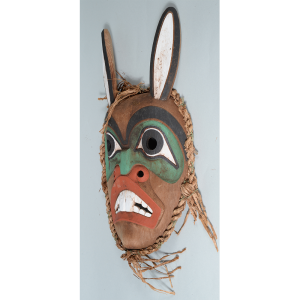 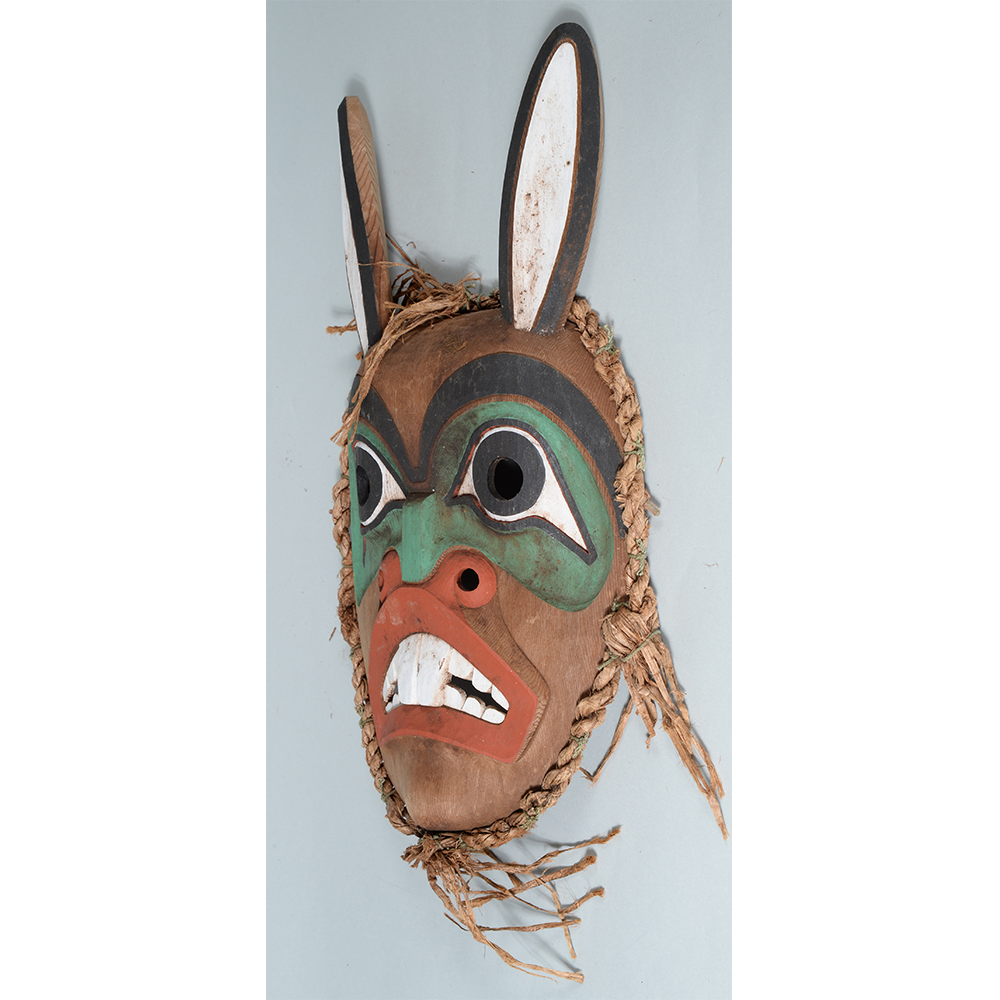 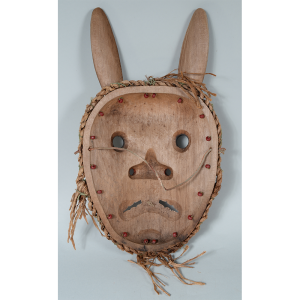 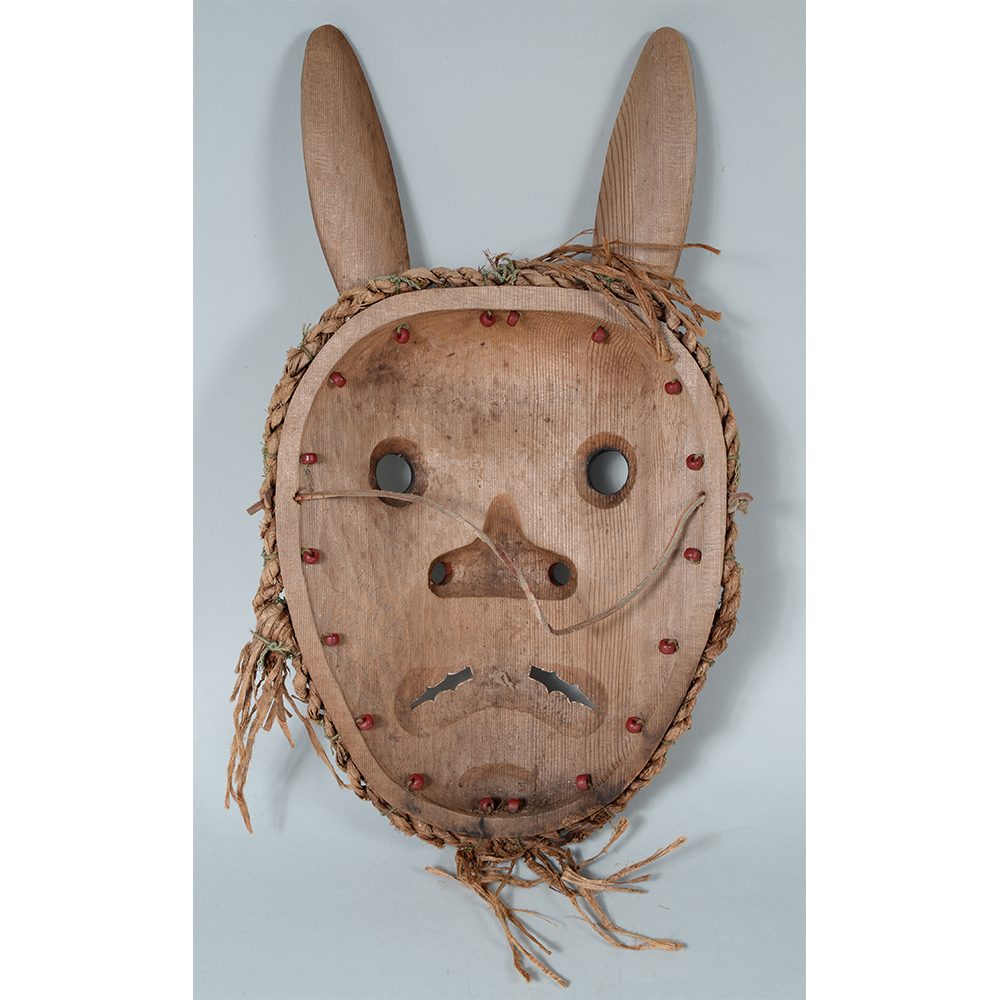 A potlatch typically included three important components: a feast, entertainment, and gift giving to the guests.  The entertainment consisted of singing and masked dancing.  The more lavish the gifts, feast, and entertainment, the greater the prestige gained by the giver.  Because masks and costumes were expensive and time-consuming to make, larger and more elaborate masks raised the prestige of the potlatch giver.  The masks themselves represented totemic animals such as the killer whale, raven, beaver, or shark, or else mythical figures and beasts, such as the Komokwa, Dzunukwa or Bukwus. This mask represents the rabbit, a totemic animal important to the Kwakwaka’wakw people as a source of fur. As a cultural character, the rabbit was typically represented as a form of clown.