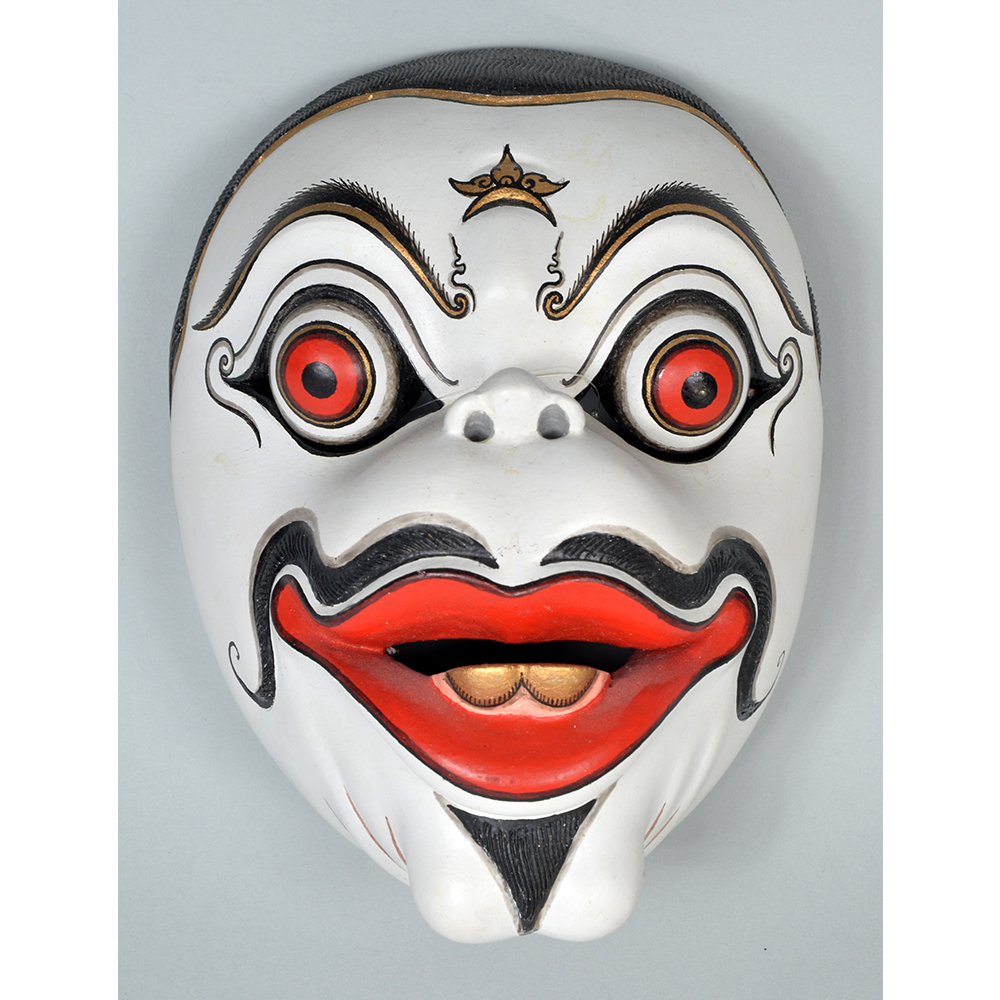 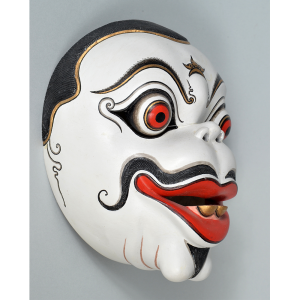 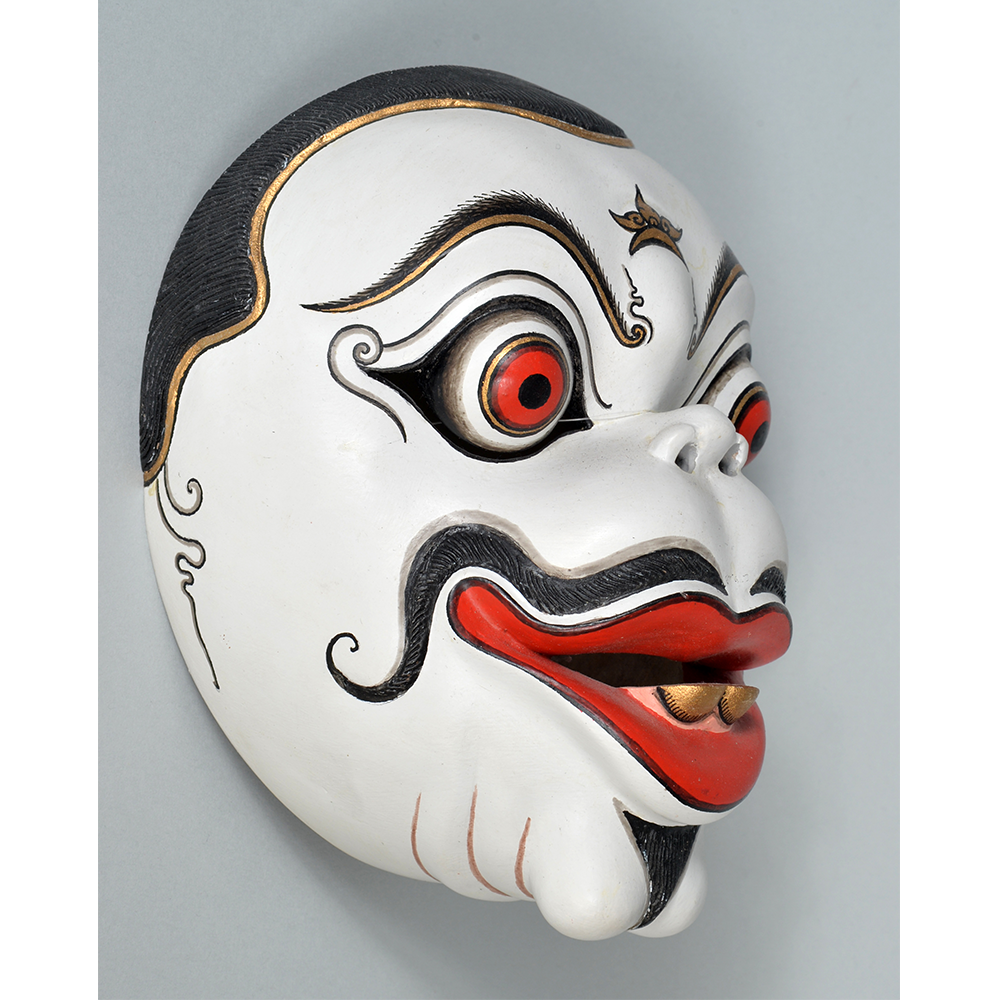 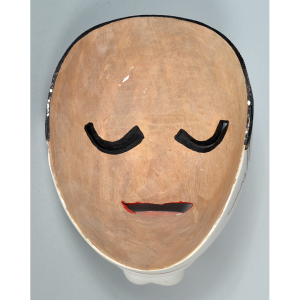 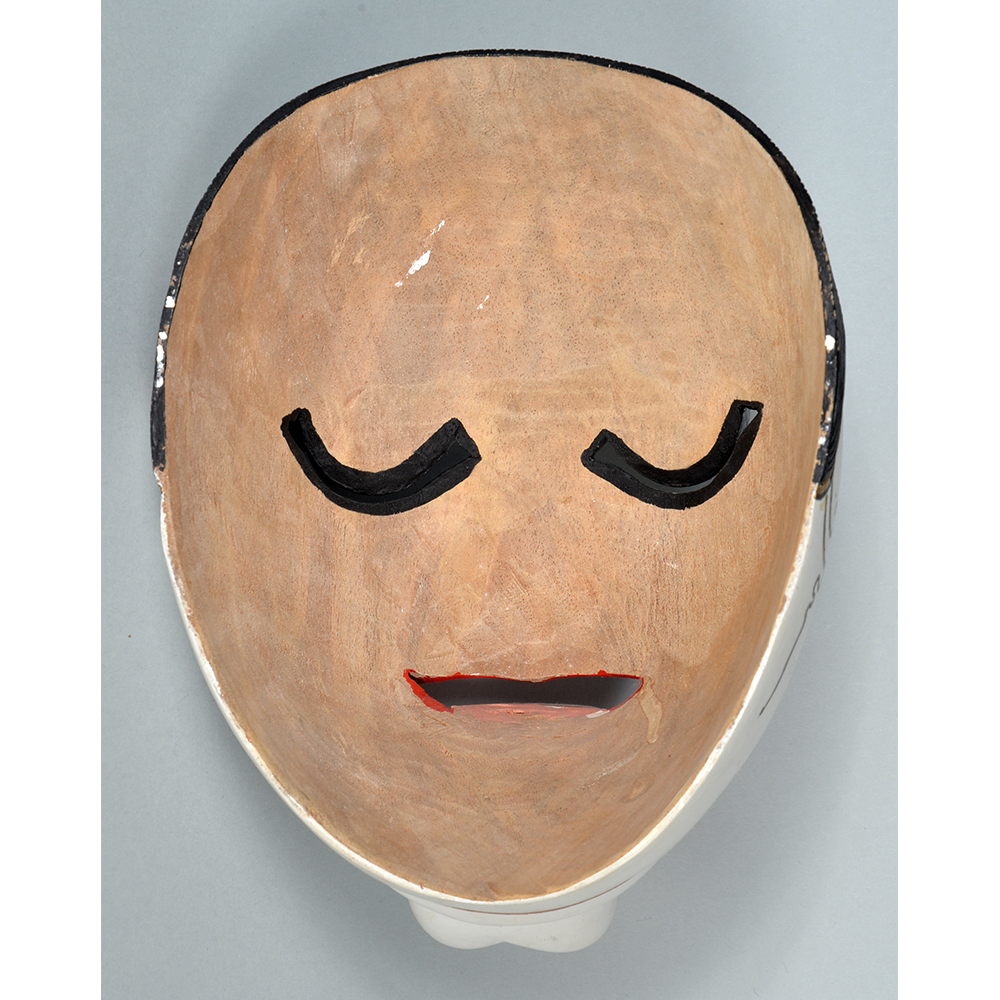 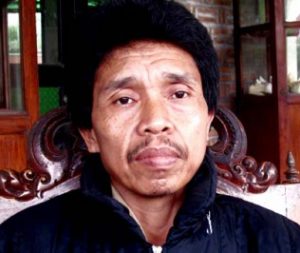 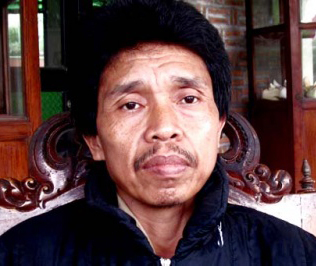 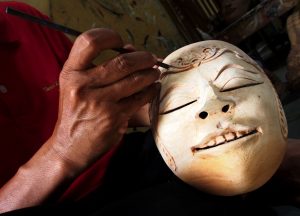 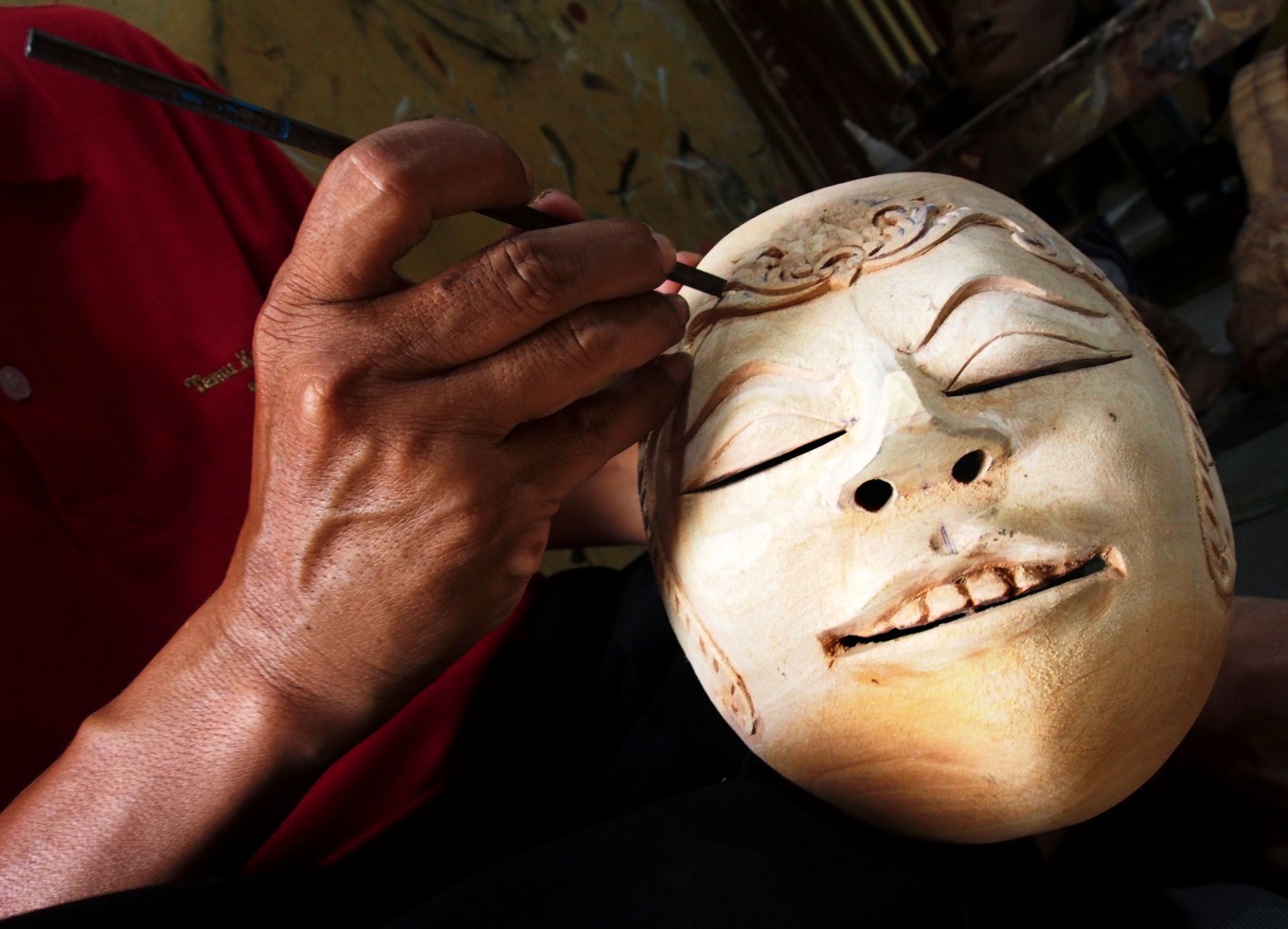 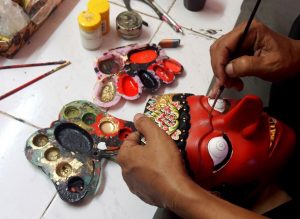 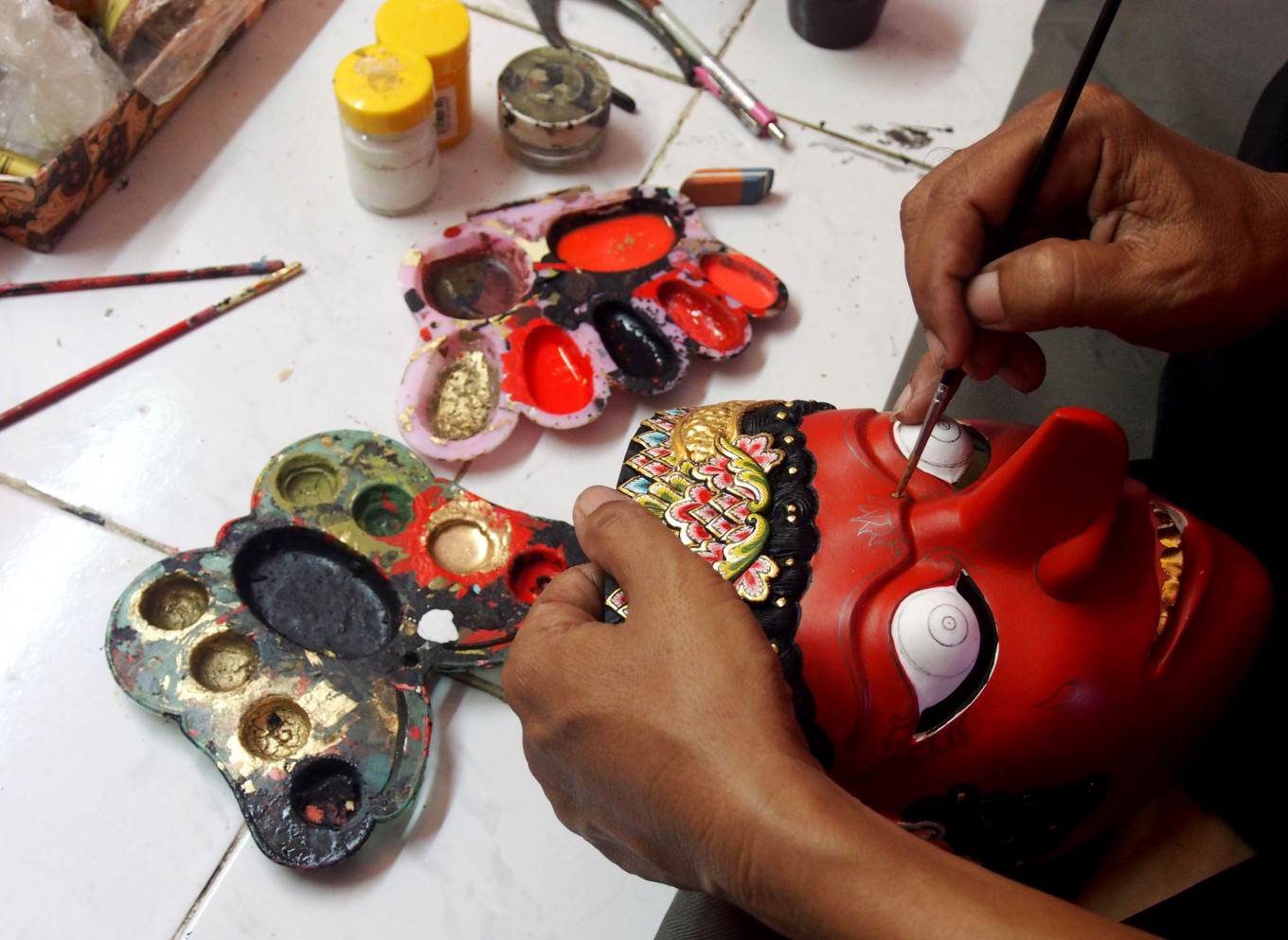 The Topeng dance drama of the island of Java centers around the political history of the region and are called Babad Dalem (Chronicles of the Kings) or Raket. The most popular story centers around the national hero Panji, whose consort Dewi Chandrakirana is abducted by the powerful King Klana Sewandana of Bantarangin. This mask represents a versatile character known as Punakawan, who acts as an advisor to nobles, a comedian, and a social critic. His name translates roughly to “friend in difficult times.” His pug nose and golden buck teeth are intended to make him look at once distinguished and clownish.