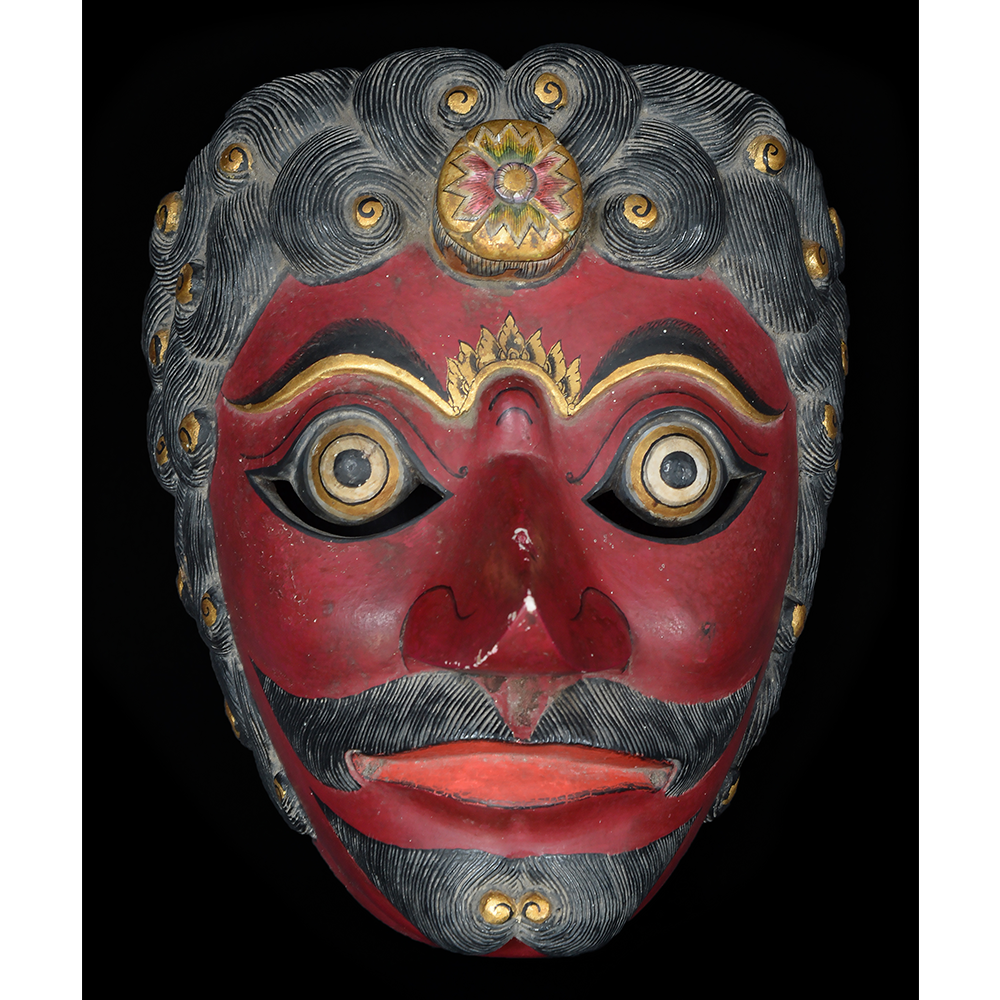 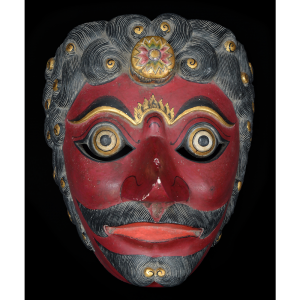 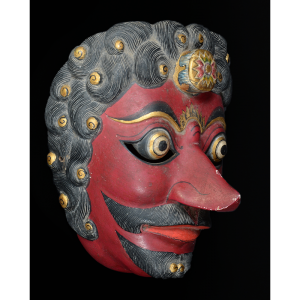 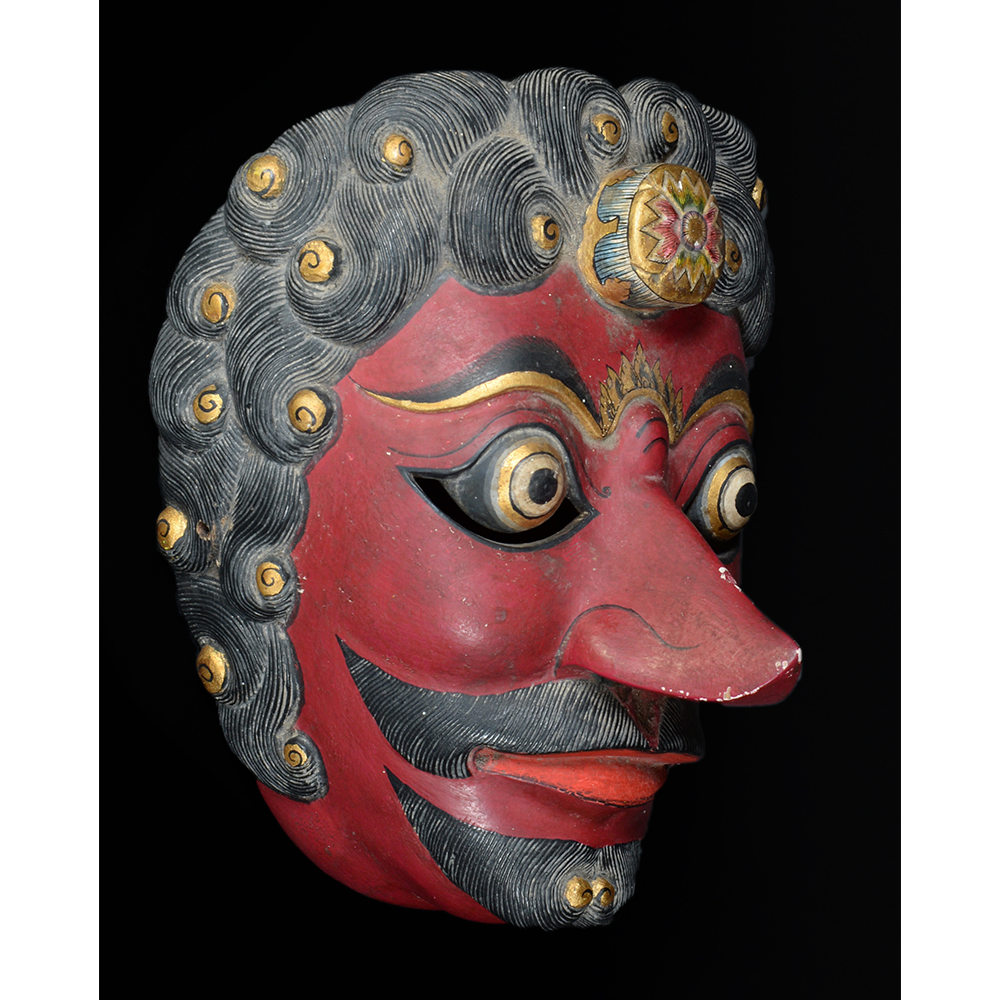 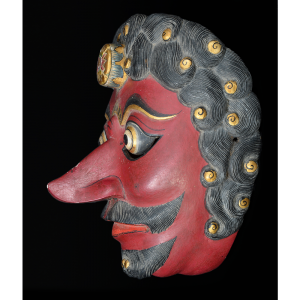 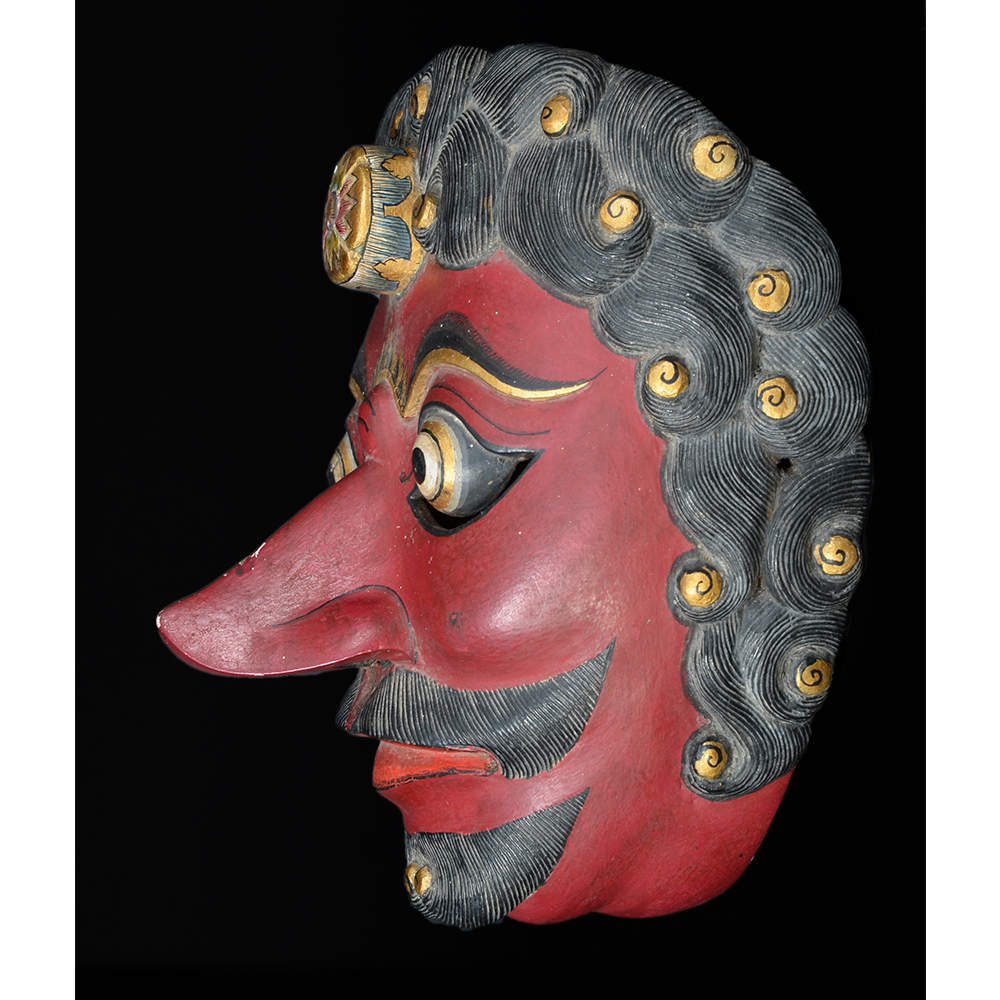 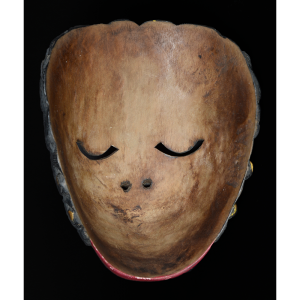 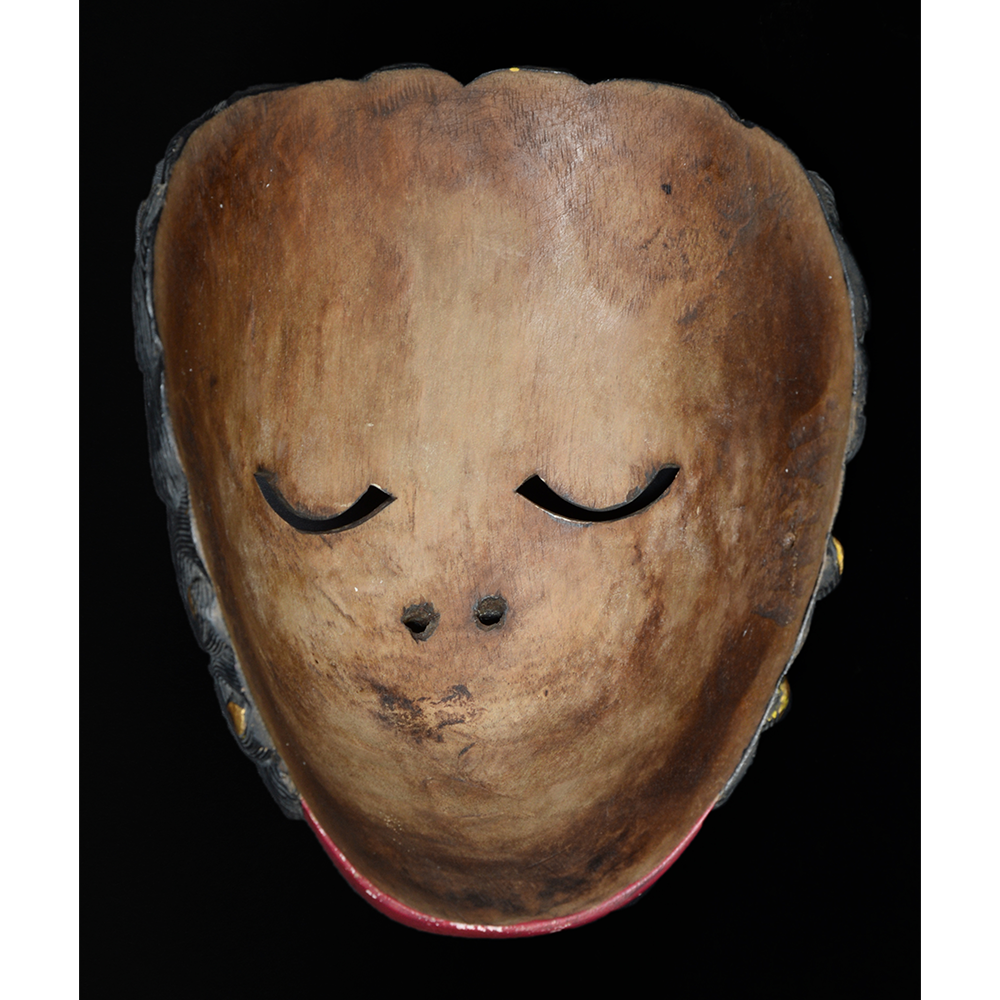 The Topeng dance drama of the island of Java centers around the political history of the region and are called Babad Dalem (Chronicles of the Kings) or Raket. The most popular story centers around the national hero Panji, whose consort Dewi Chandrakirana is abducted by the powerful King Klana Gandrung (also called Sewandana) of Bantarangin.

This specific mask represents King Klana and is used most commonly in the Cirebon Topeng in West Java.  The actor wearing the mask would be mute; instead, a dalang (controller) in the orchestra would speak his character’s lines for him.