You are here: Masks1 / Kyōgen Usobuki 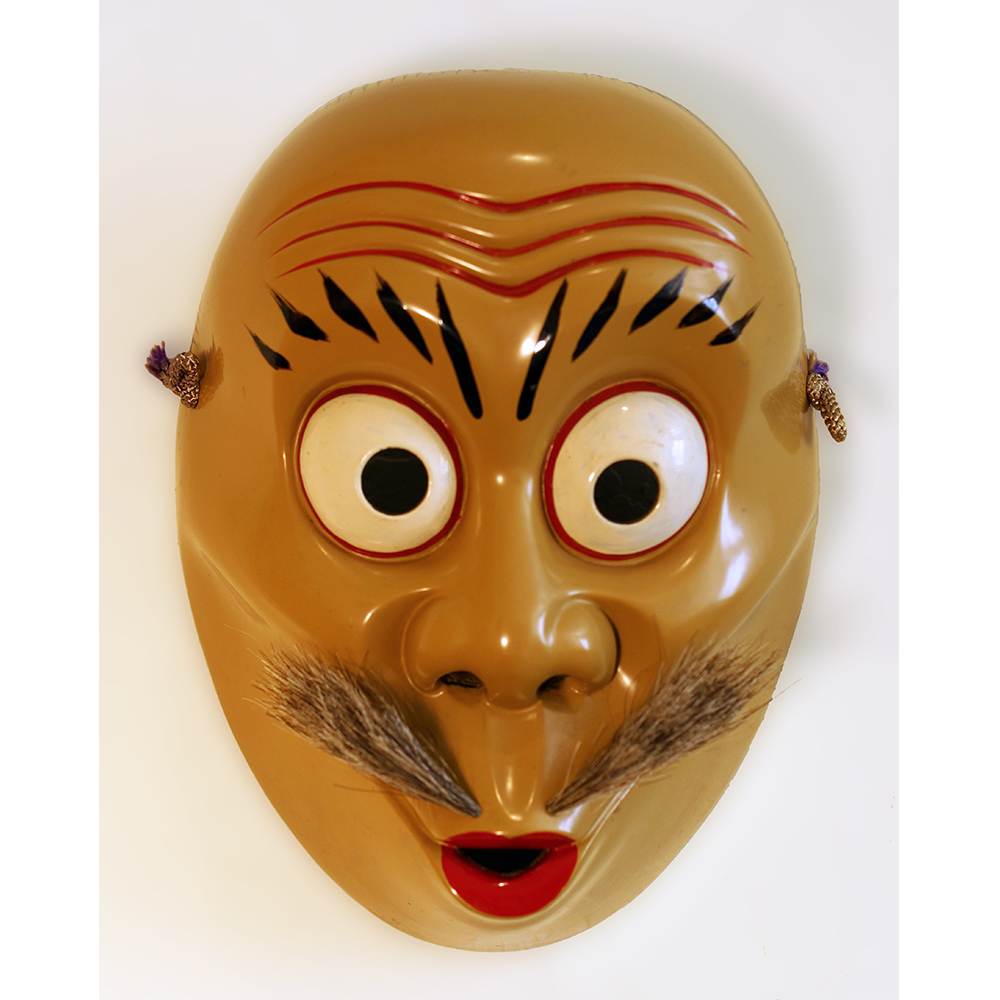 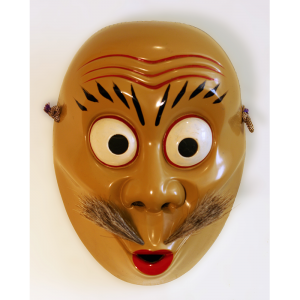 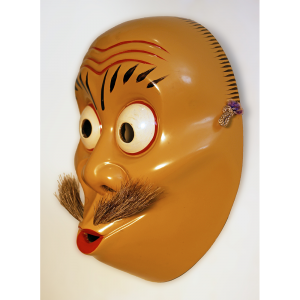 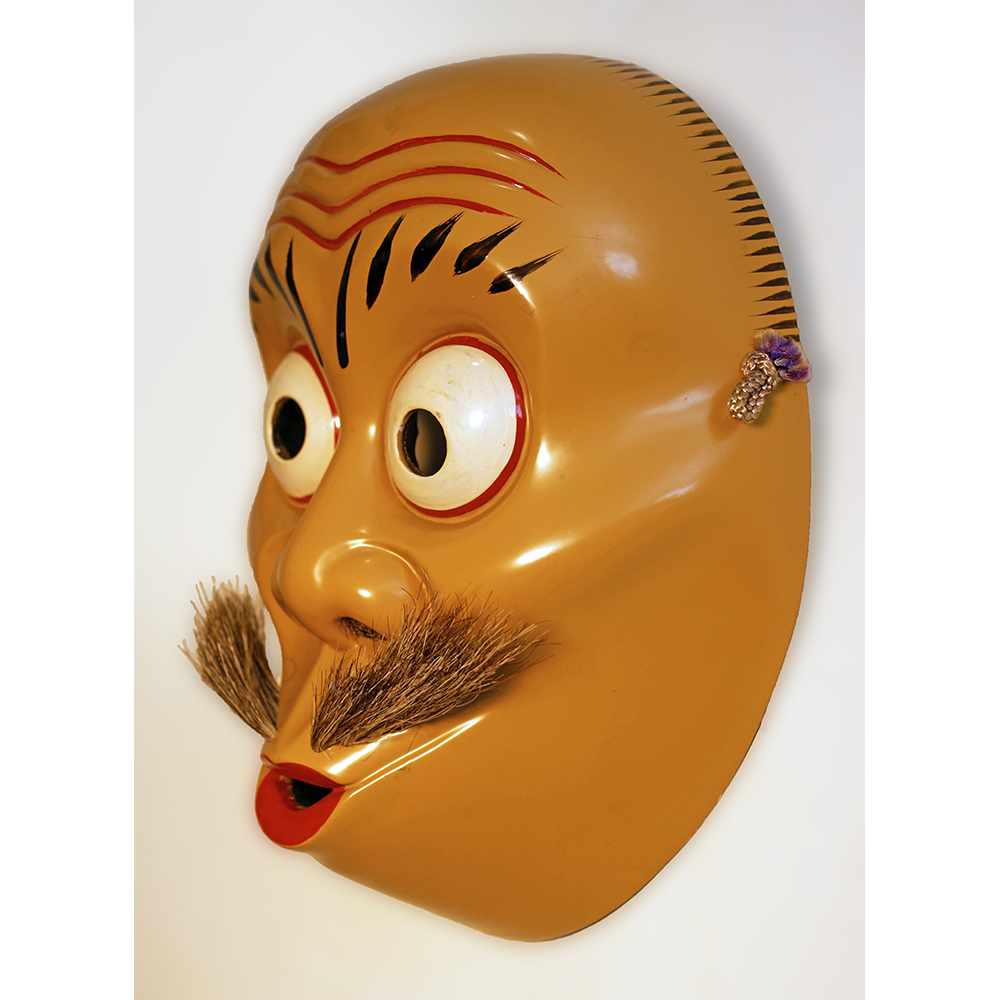 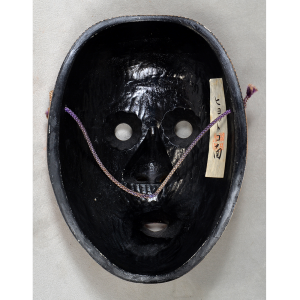 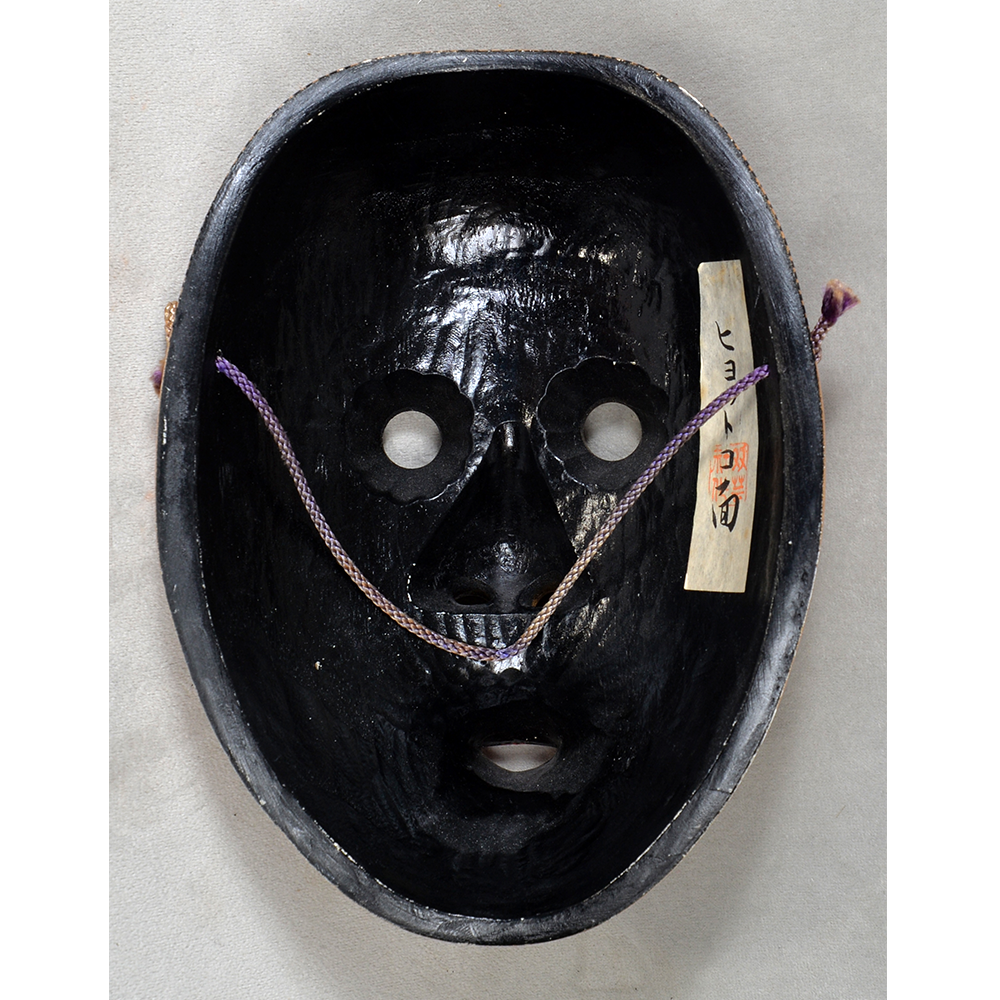 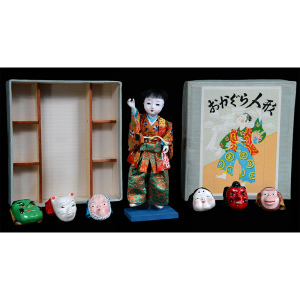 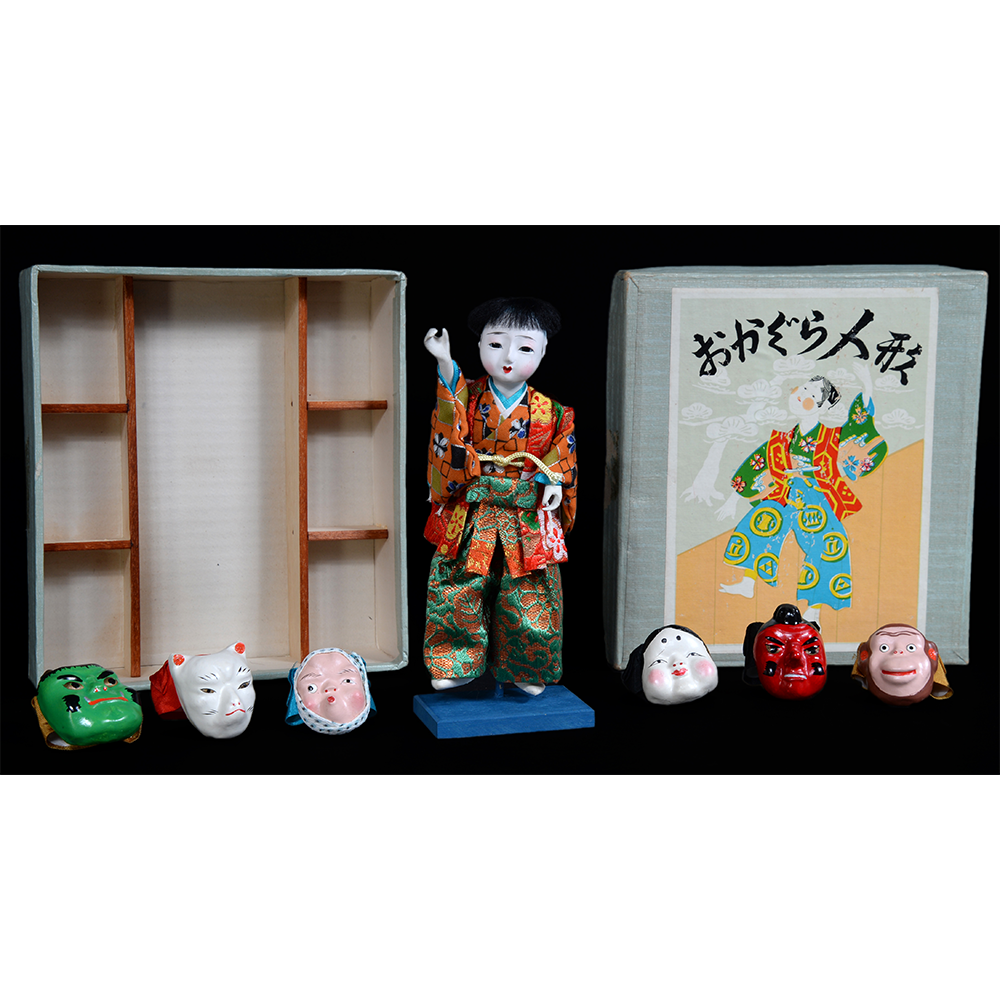 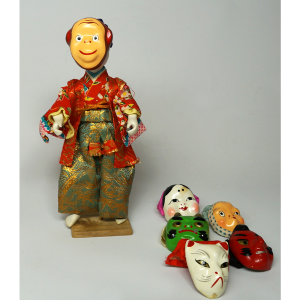 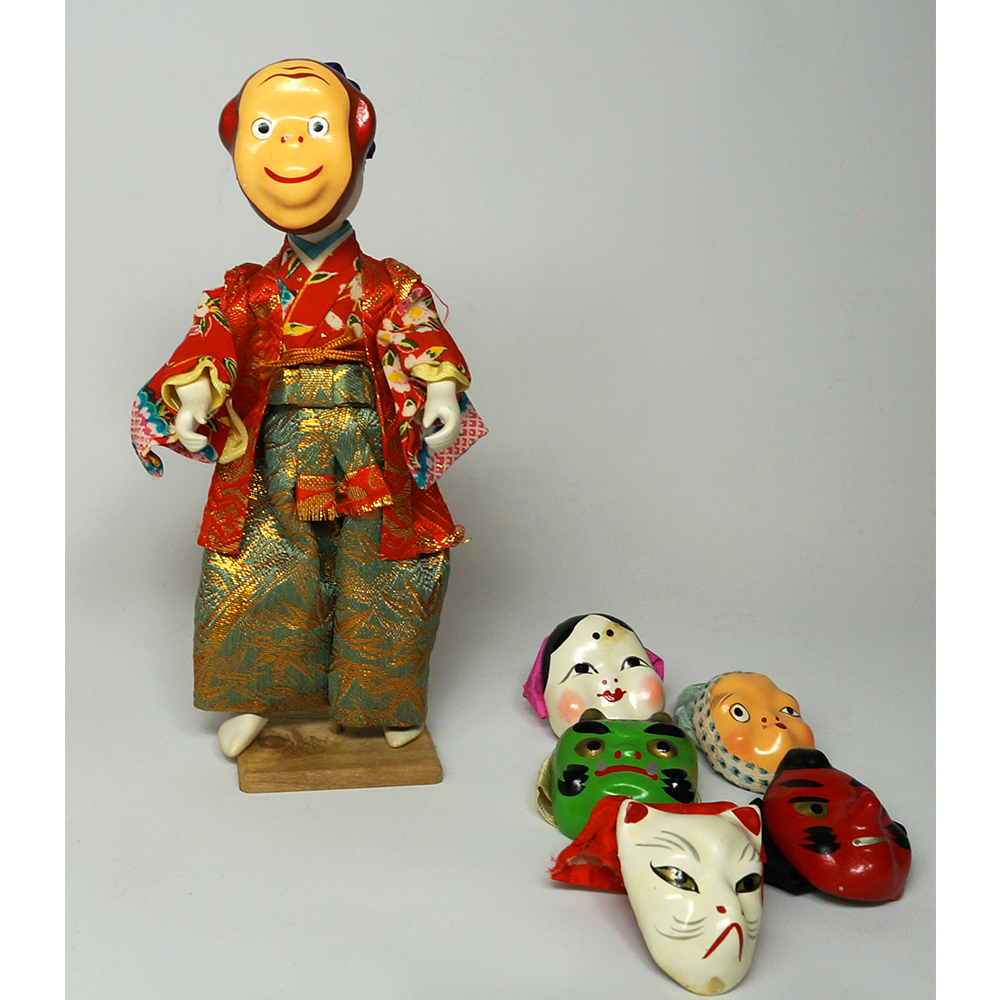 Kyōgen is a popular form of Japanese theater. It was traditionally used in village plays and developed alongside Noh theater, where it was performed at intermissions.  Unlike Noh, which tends to have serious themes, the kyōgen generally takes the form of comedic plays.

The usobuki (sometimes transliterated usofuki) (“air blower”) is a comical character who appears to be blowing mightily. It is commonly thought to derive from a folk story about a boy named Hyottoko, who could produce gold from his belly button.  It is used in different plays to represent a wide variety of roles, including a sinner on his way to the underworld, a scarecrow, insect spirits, and even plant spirits.