You are here: Masks1 / Shishi Mask 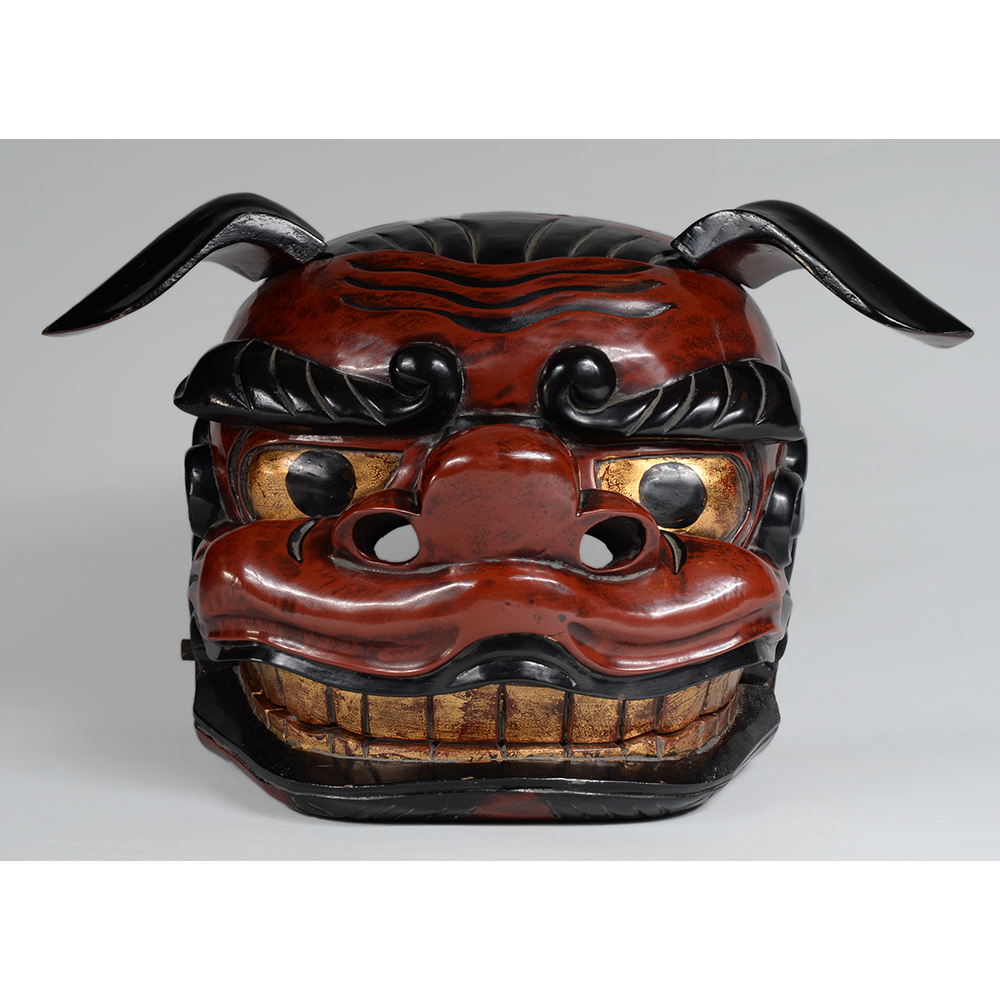 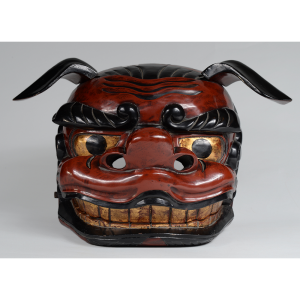 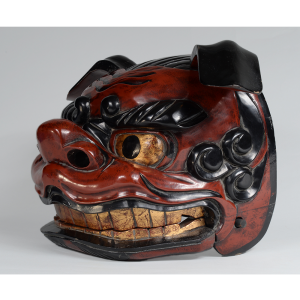 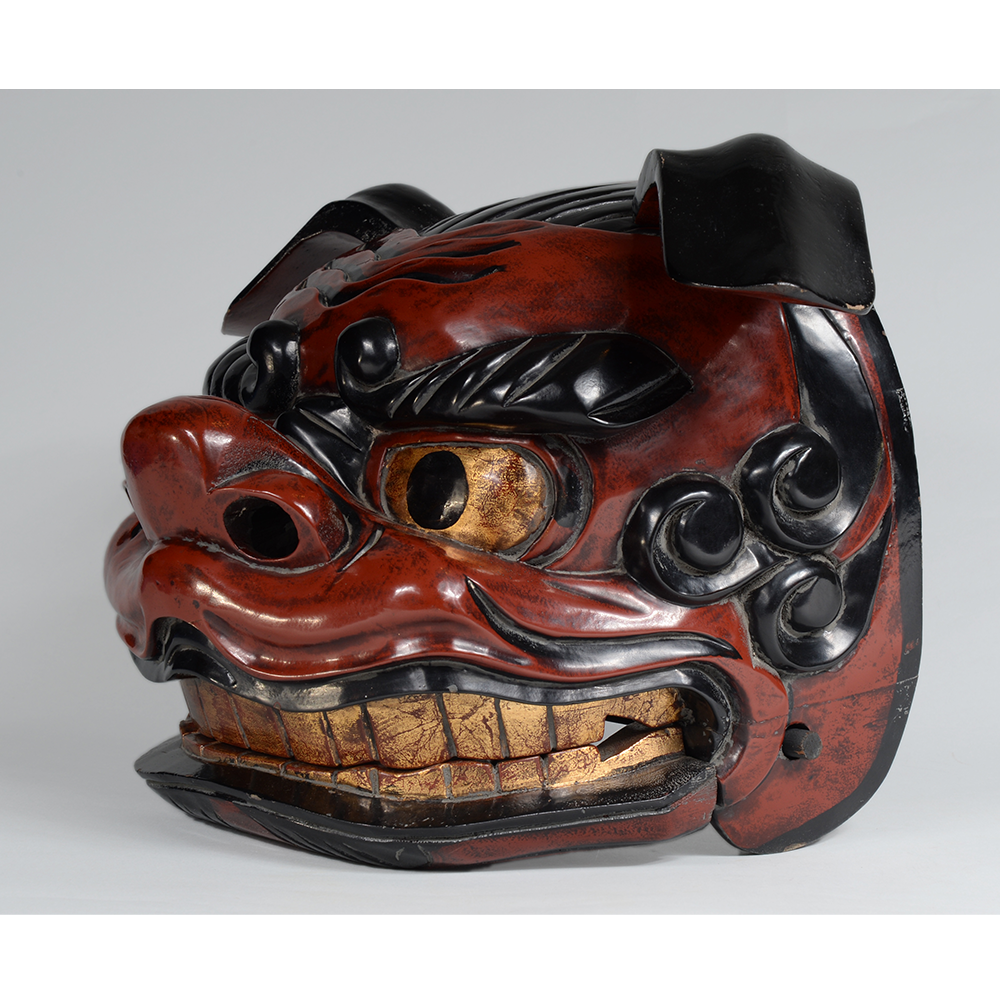 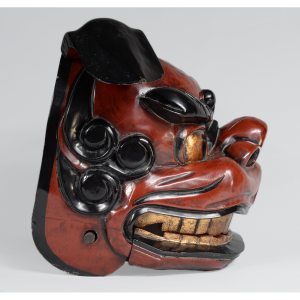 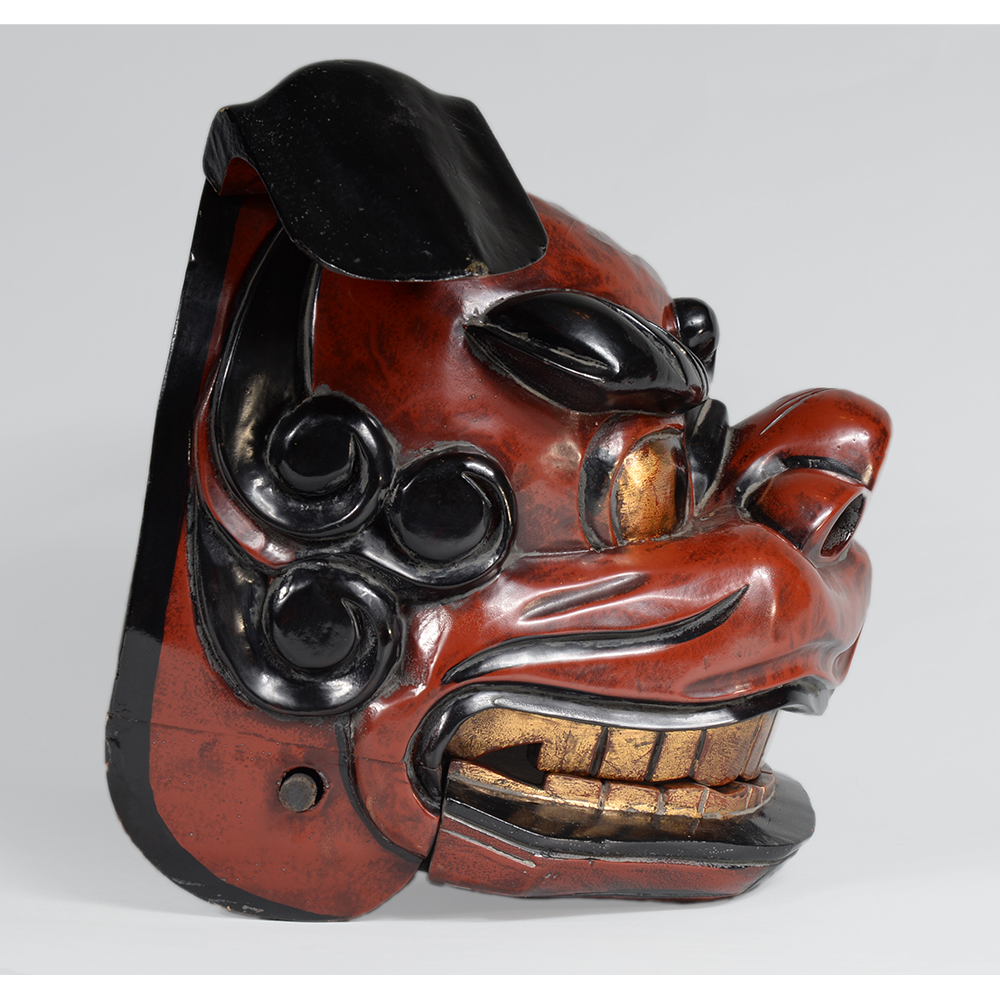 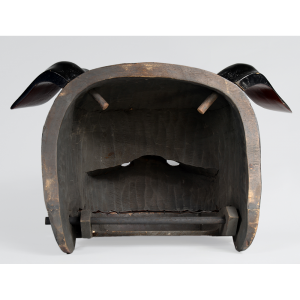 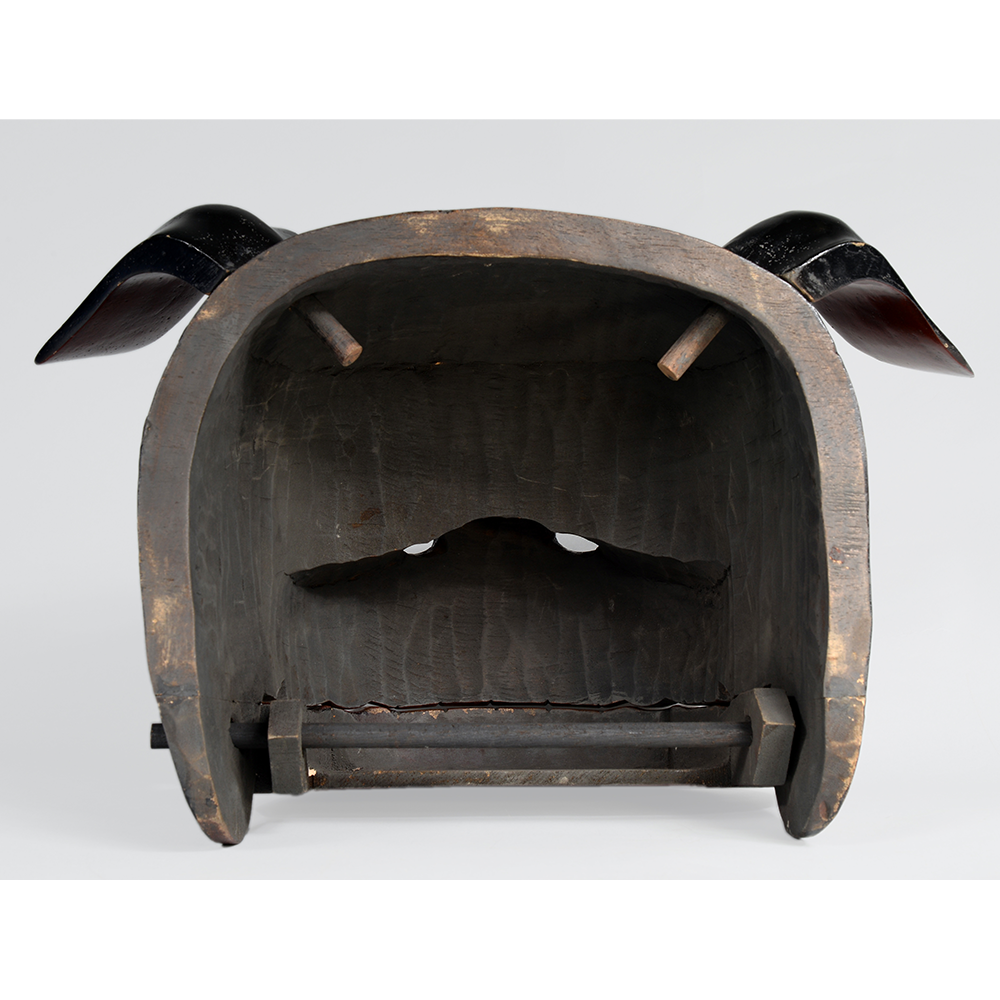 The shishi mask represents a mythical lion that protects and purifies the region in which it dances, driving away evil spirits, famine, and disease. The shishi mai (lion dance) is performed throughout Japan on festival days, especially during the lunar new year and Buddha’s birthday. Its appearance varies in different villages, with the lion style (like this mask) predominating, but other animals, such as a deer, cow, or mythical kirin, used in certain villages. The lion is accompanied by a retinue of drummers playing the taiko drum, as it walks through the town, dancing and bestowing blessings on locals. To drive away evil spirits, the shishi bites the head of villagers, which brings good luck and health.

The lion dance originated in China and was brought to Japan by Chinese travelers around the early 16th century (Muromachi Period). As in China, the shishi can be danced by a sole performer or a group. In western Japan, the gigaku-kei style of shishi mai is performed by two or more dancers bundled into a long costume. In the Kantō and Tōhoku, the dance style is known as furyu-kei, and is performed by a single dancer, who beats a drum tied around his waist.