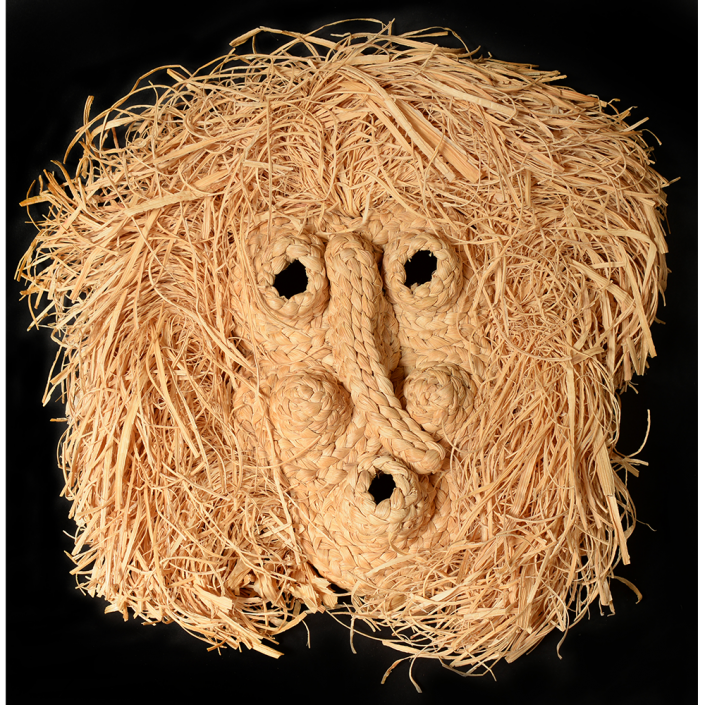 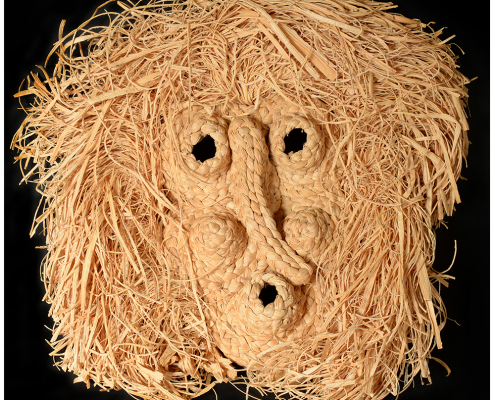 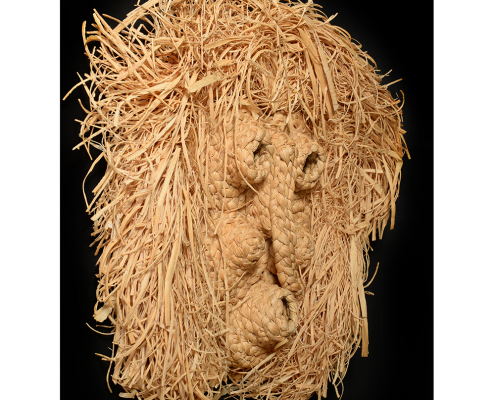 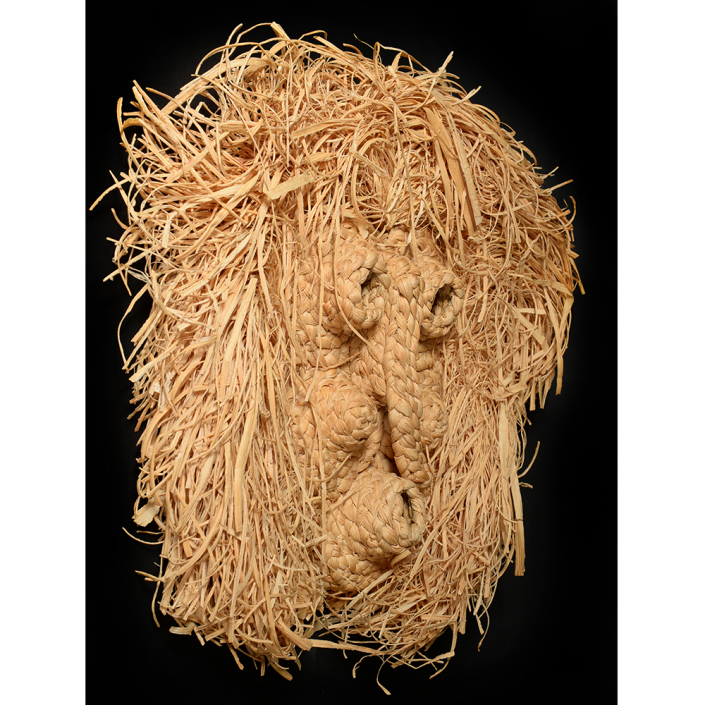 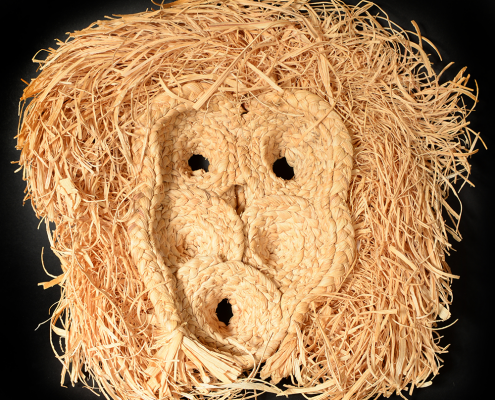 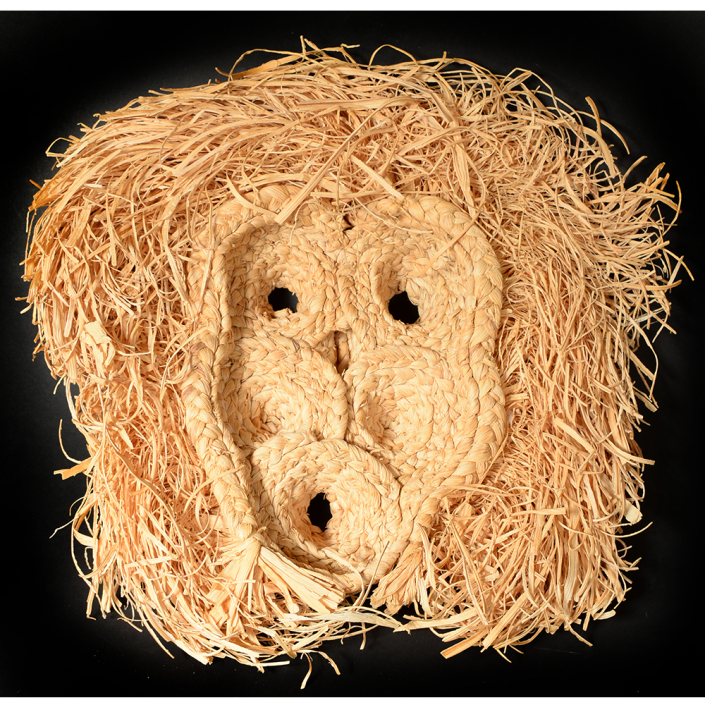 The Iroquois League (Haudenosaunee) historically inhabited the northeastern regions of the United States and eastern Canada, before being displaced by Dutch and British settlers.  They maintain tribal lands in Ontario and Quebec today, reserved by treaty.

Most Iroquois nations had three medicine societies, one of which was the Society of Husk Faces.  Among the important rituals of the Society are celebration of the Midwinter Festival using the “Bushy Heads” or corn husk masks. They represent earthbound spirits from the other side of the world, where the seasons are reversed (which, in fact, they are south of the Equator). The beings taught the Iroquois the skills of hunting and agriculture. They perform predominantly two dances, known as the Fish Dance and the Women’s Dance. Unlike the False Face dancers, Husk Face dancers are mute. Like the False Face dancers, they can cure the ill by blowing hot ash or sprinkling water on their patients.

The Bushy Heads can be male or female, young or old.  Either men or women may dance in the Husk Face Society, and sometimes they choose masks of the opposite gender to the amusement of the audience.