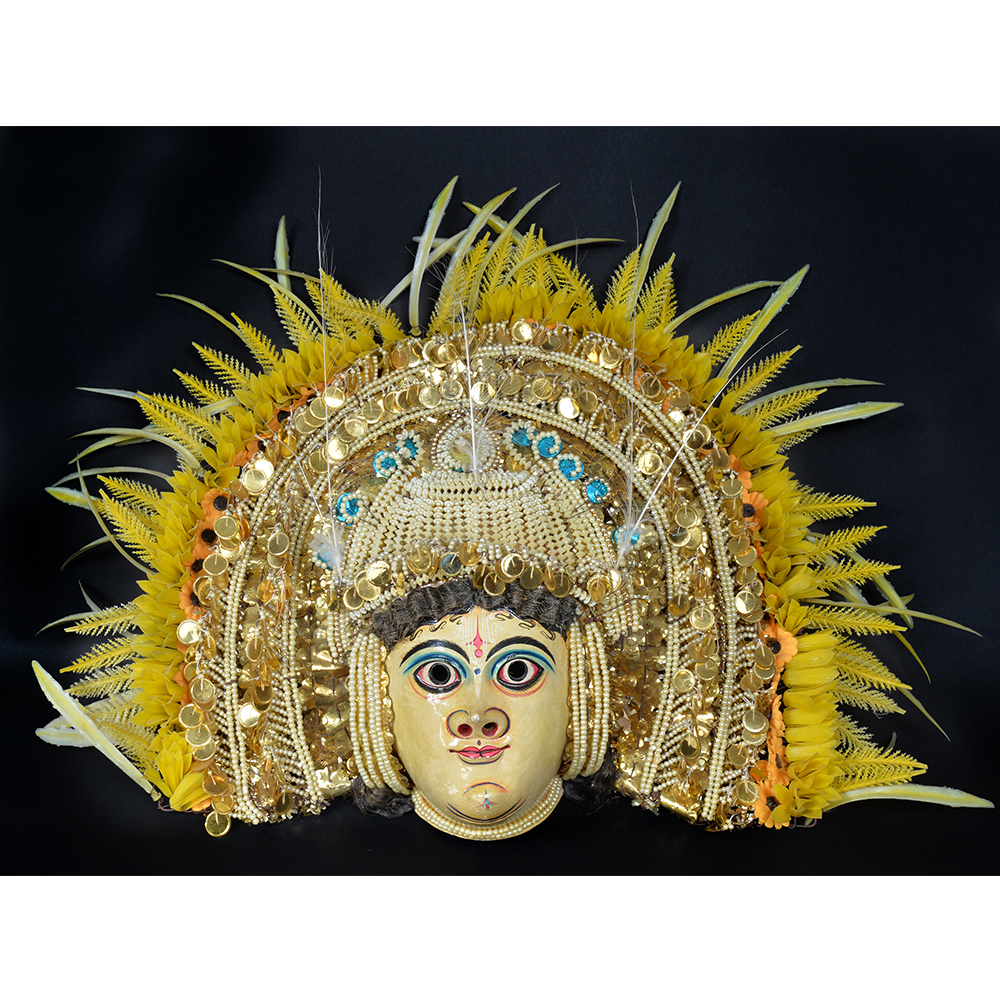 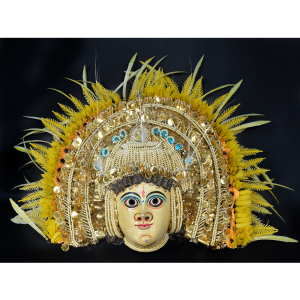 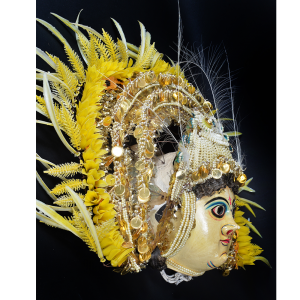 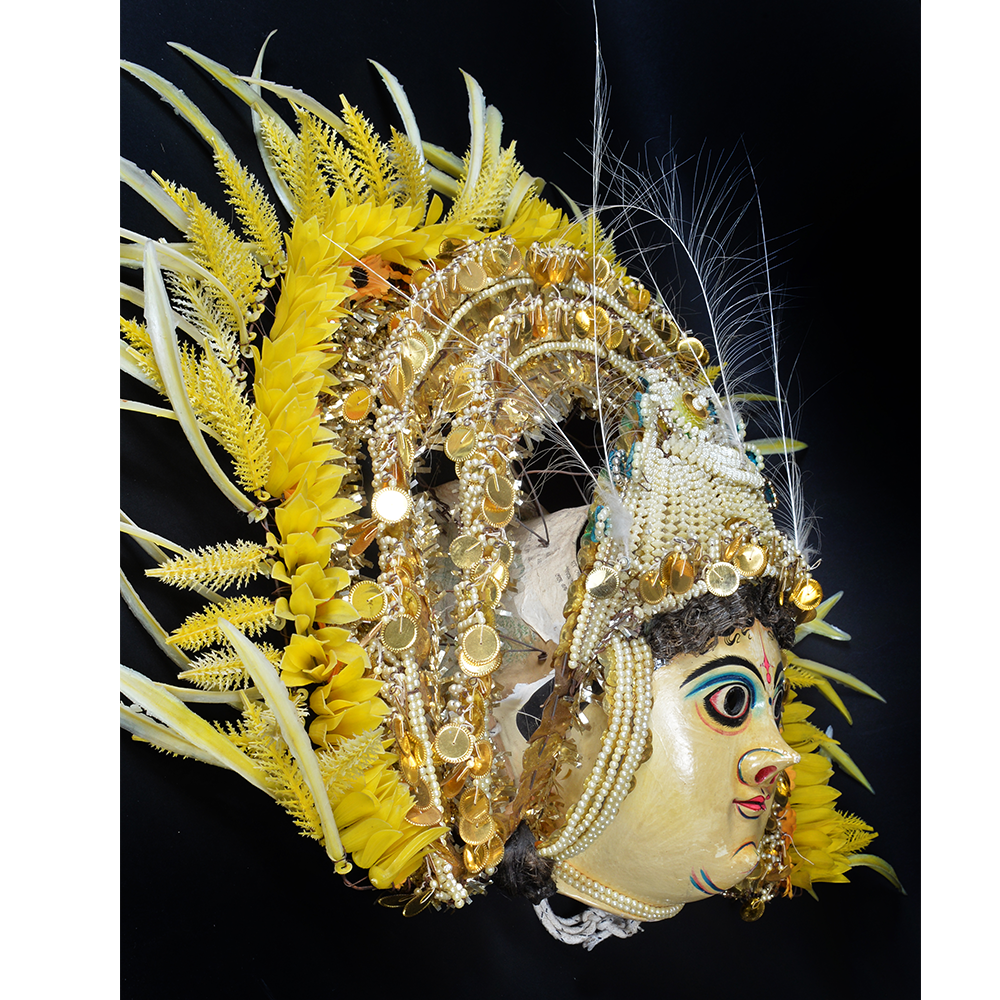 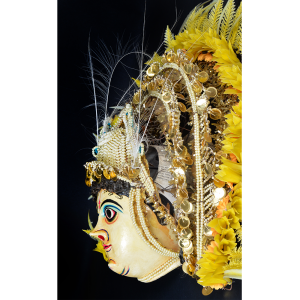 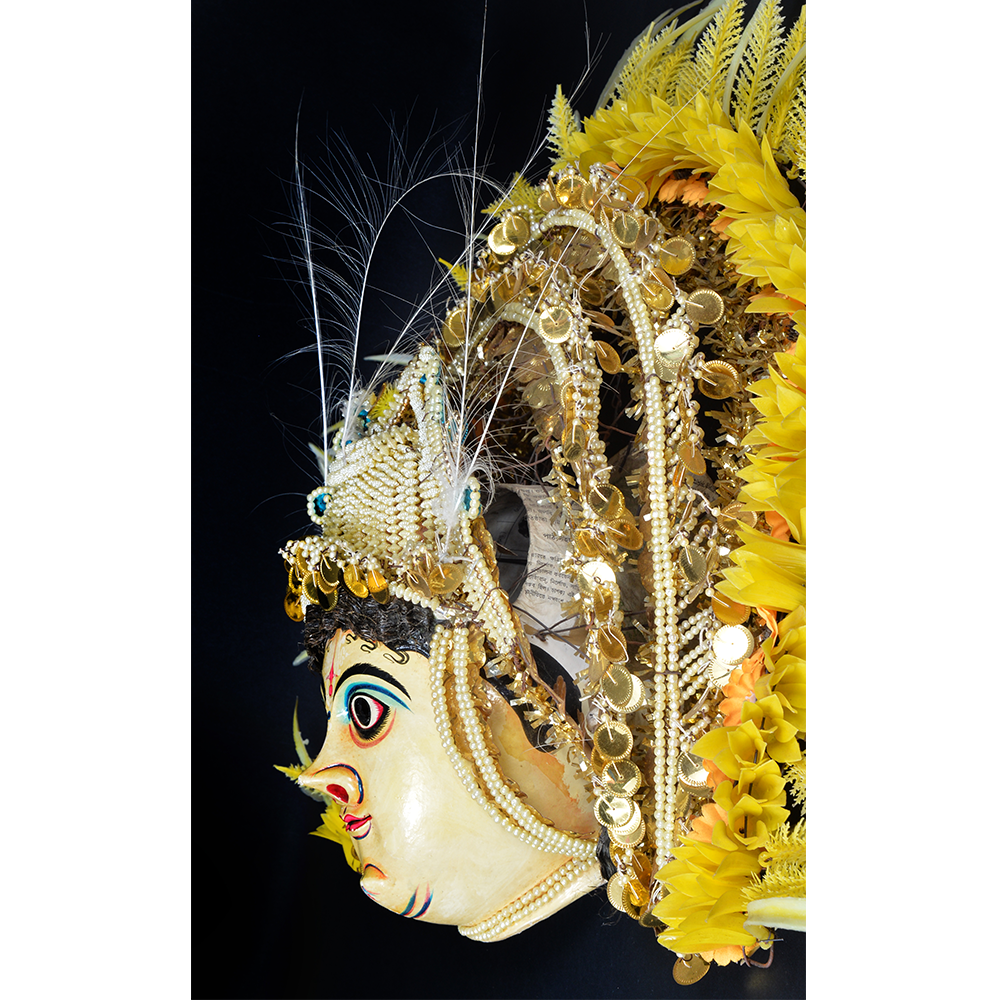 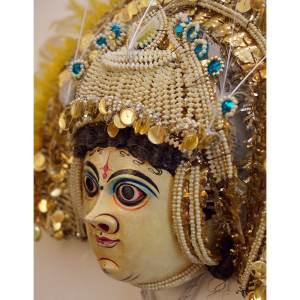 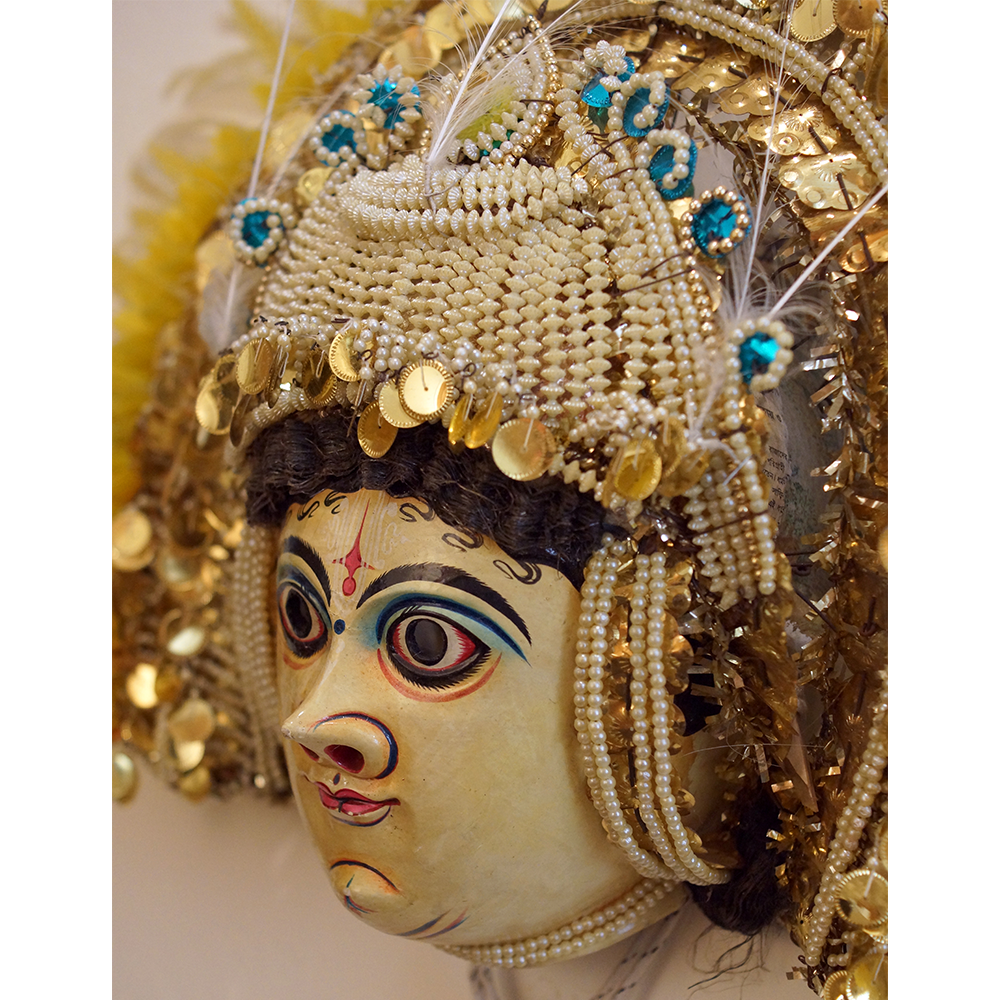 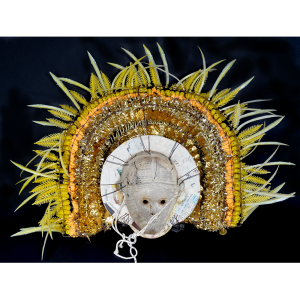 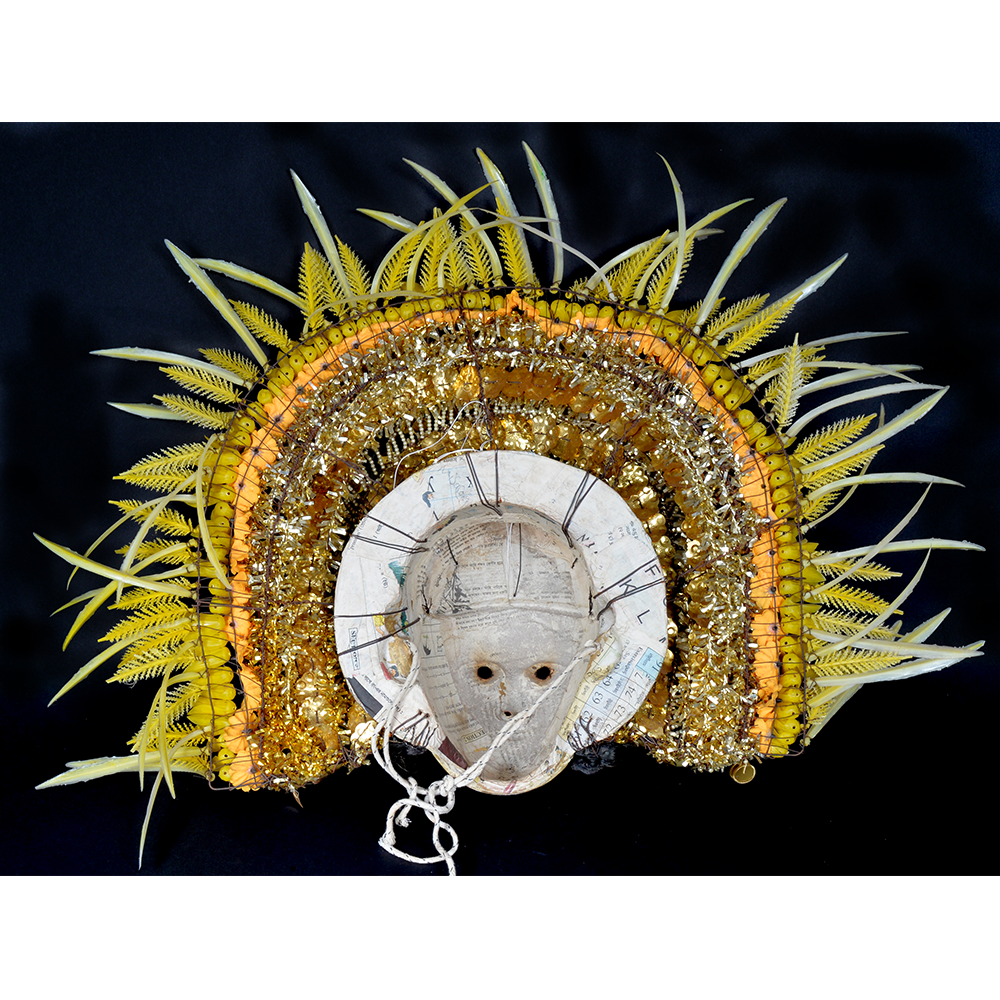 Chhau dance is a modern version of a classical Indian dance with tribal origins, originating in the Indian states of Jharkhand, Odisha, and West Bengal. The dance is usually structured around Hindu folk stories exalting the gods Shiva, Devi or Vishnu, and uses both elegant and martial techniques. The Purulia Chhau of West Bengal and the Serakeilla dance of Jharkhand most commonly use masks to identify the character portrayed.

This specific mask is of the Purulia type and portrays a god named Durga or Shakti, the principal form of the Hindu warrior goddess. She combats demonic armies with her multiple arms, each carrying weapons such as the bow, trident, shield and sword. She is often depicted as riding a tiger.