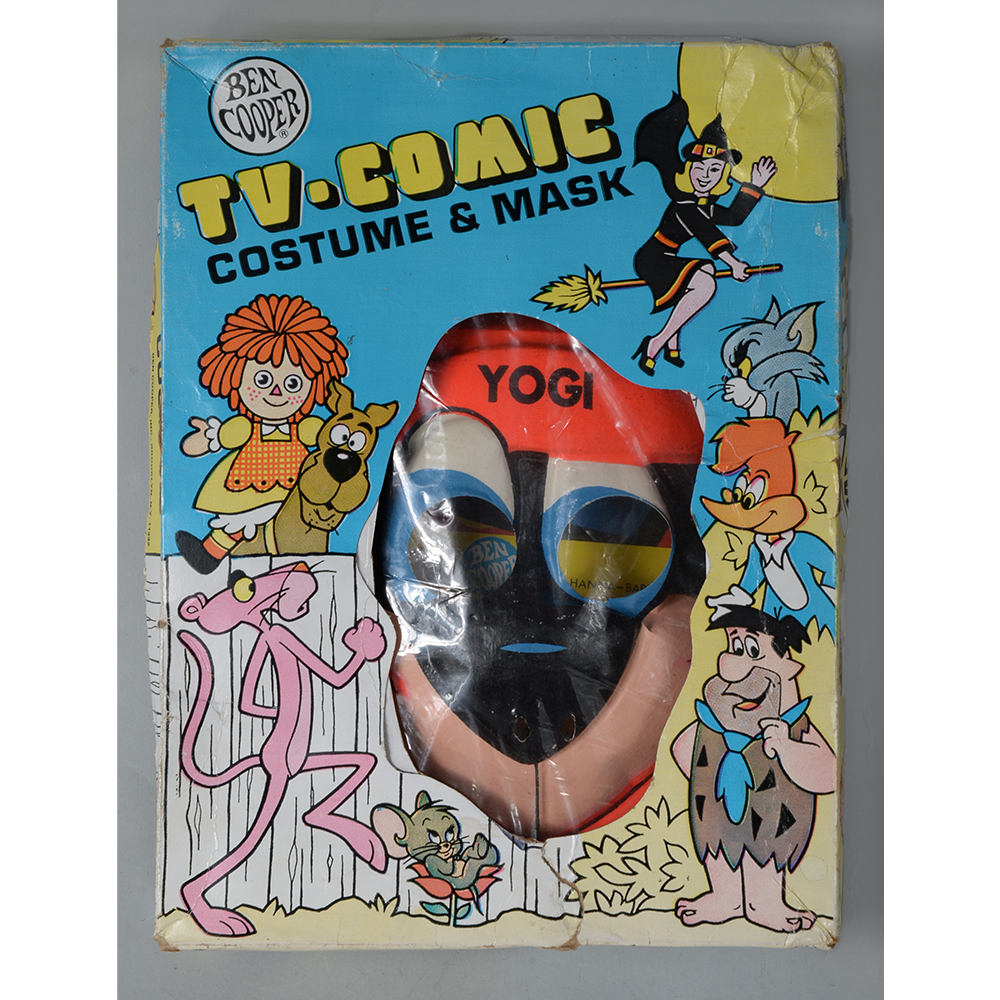 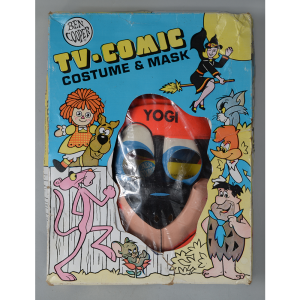 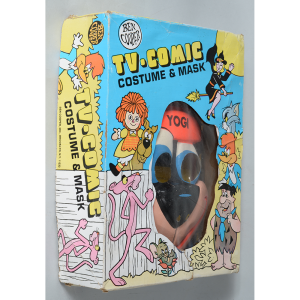 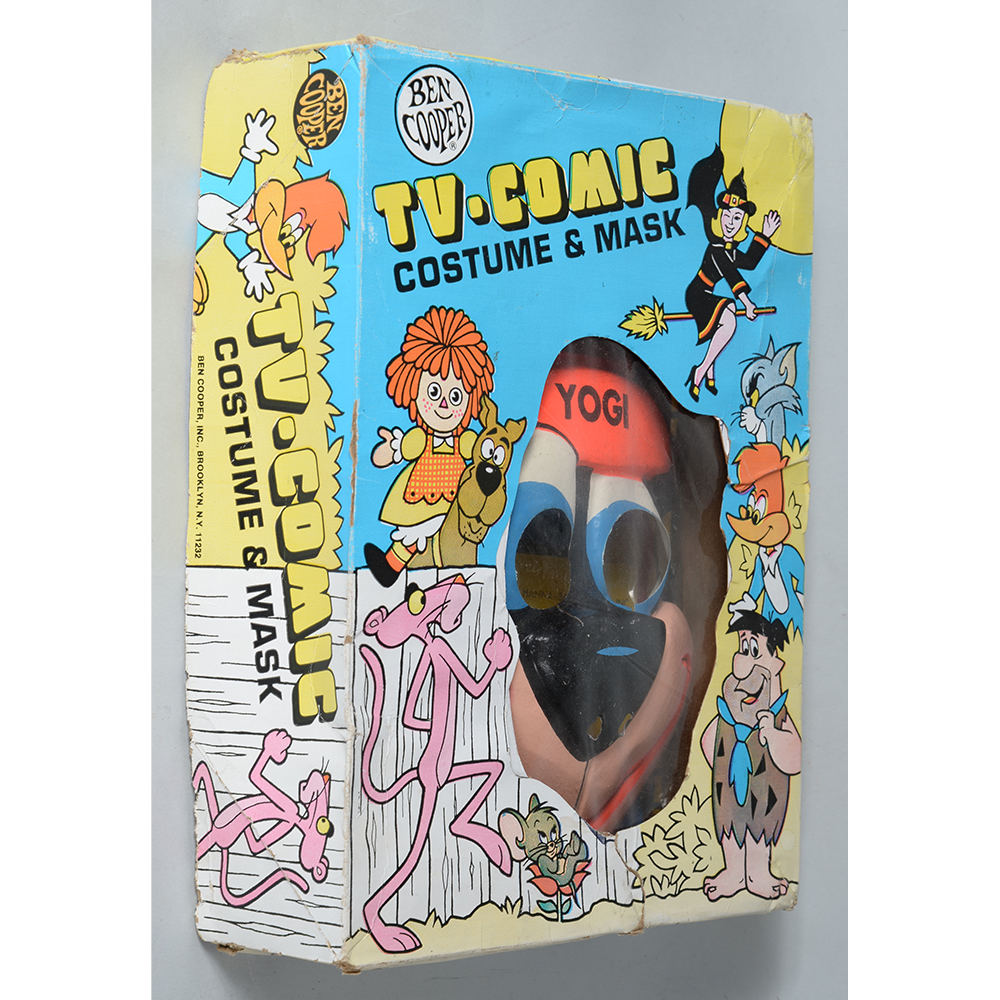 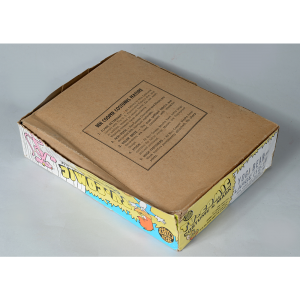 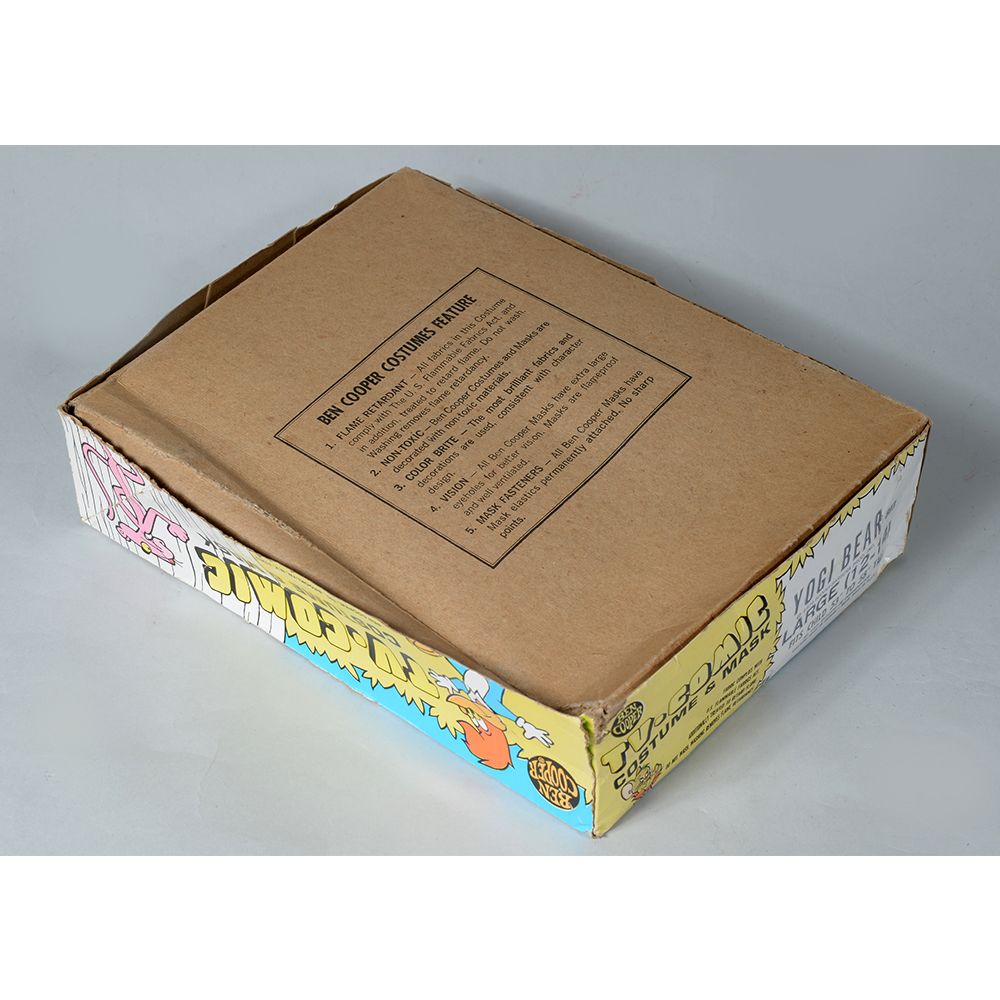 The mask and costume represent a fictional television cartoon character, Yogi the Bear. Yogi was introduced in 1958 as a supporting character in the television series The Huckleberry Hound Show, produced by Hanna-Barbera, and eventually was featured in his own cartoon series. His name is a play on that of the unwittingly brilliant baseball star Yogi Berra and his character is loosely based on the character Ed Norton from the early television series The Honeymooners (1955-56). The mask and costume were manufactured in 1974 by Ben Cooper Inc., a Brooklyn-based company that rose to become one of the largest Halloween costume manufacturers in the United States, from its founding in 1937 until its bankruptcy and closing in 1992, and the largest at the time this mask was produced.