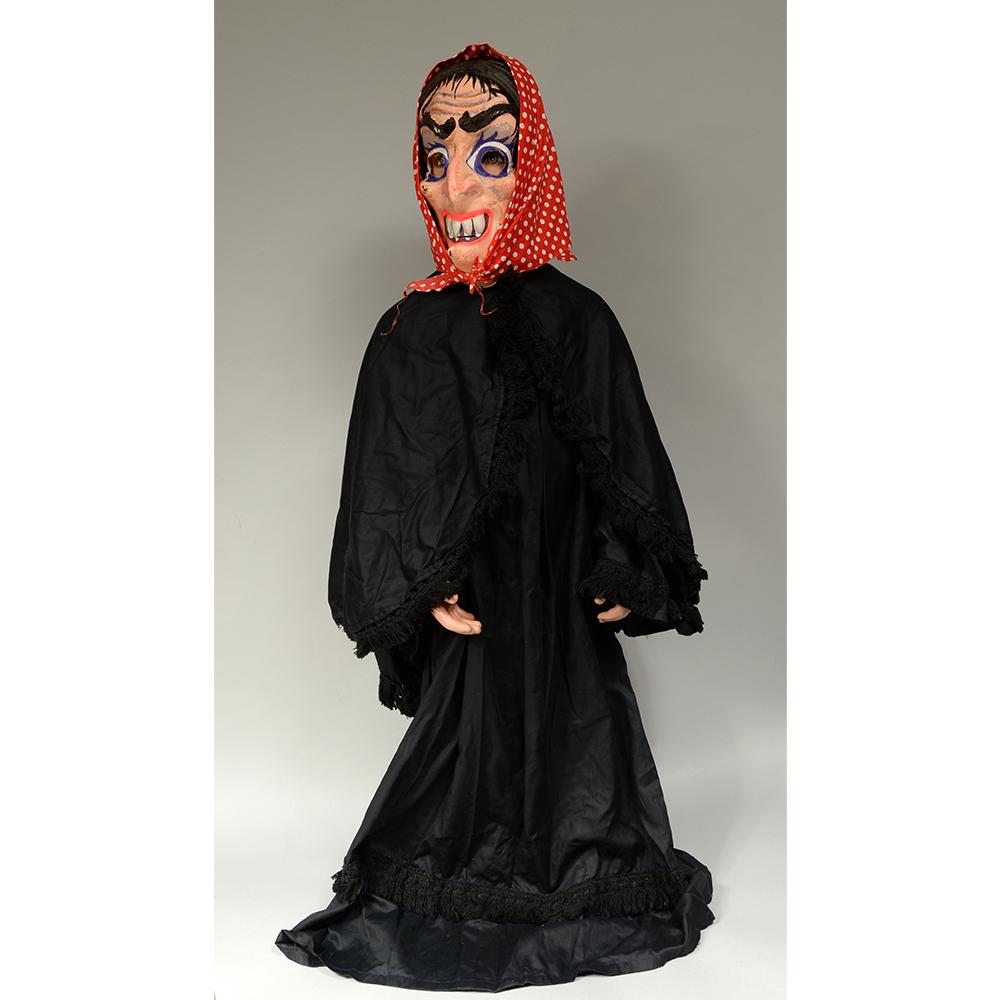 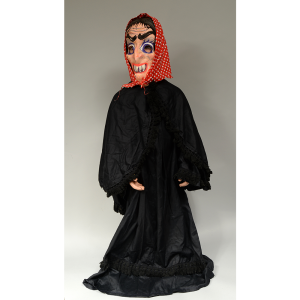 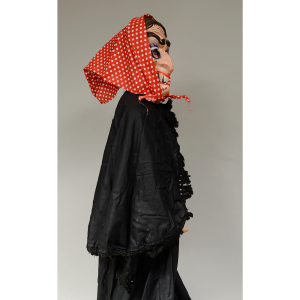 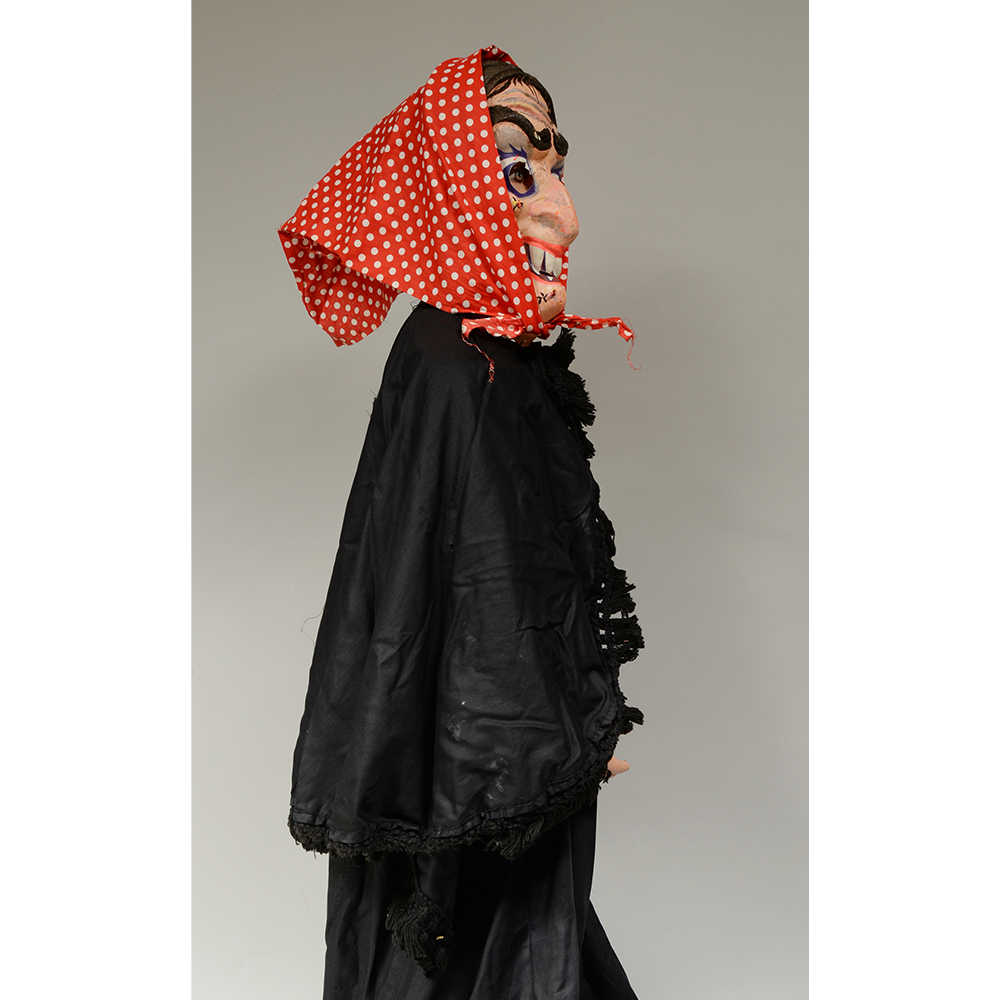 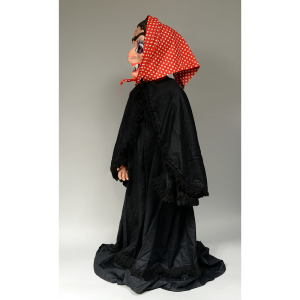 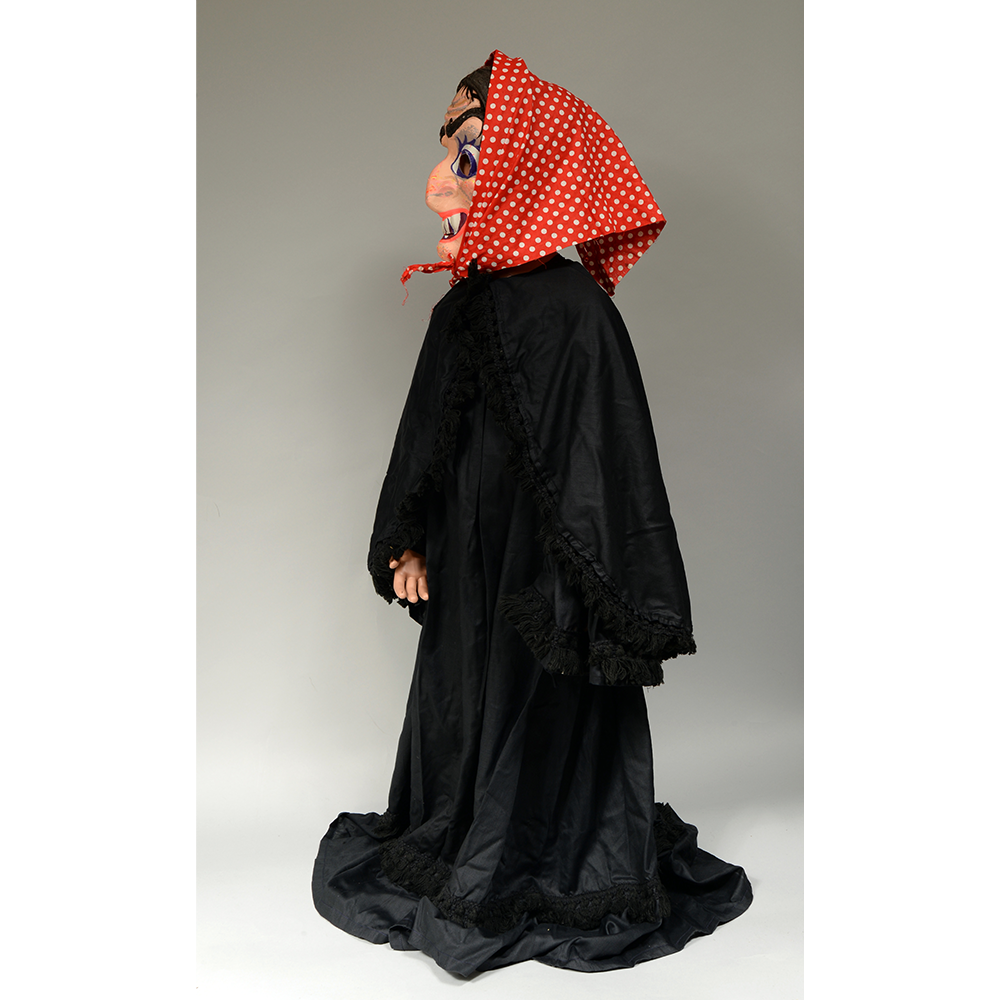 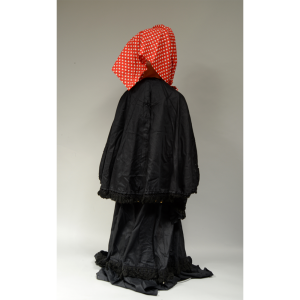 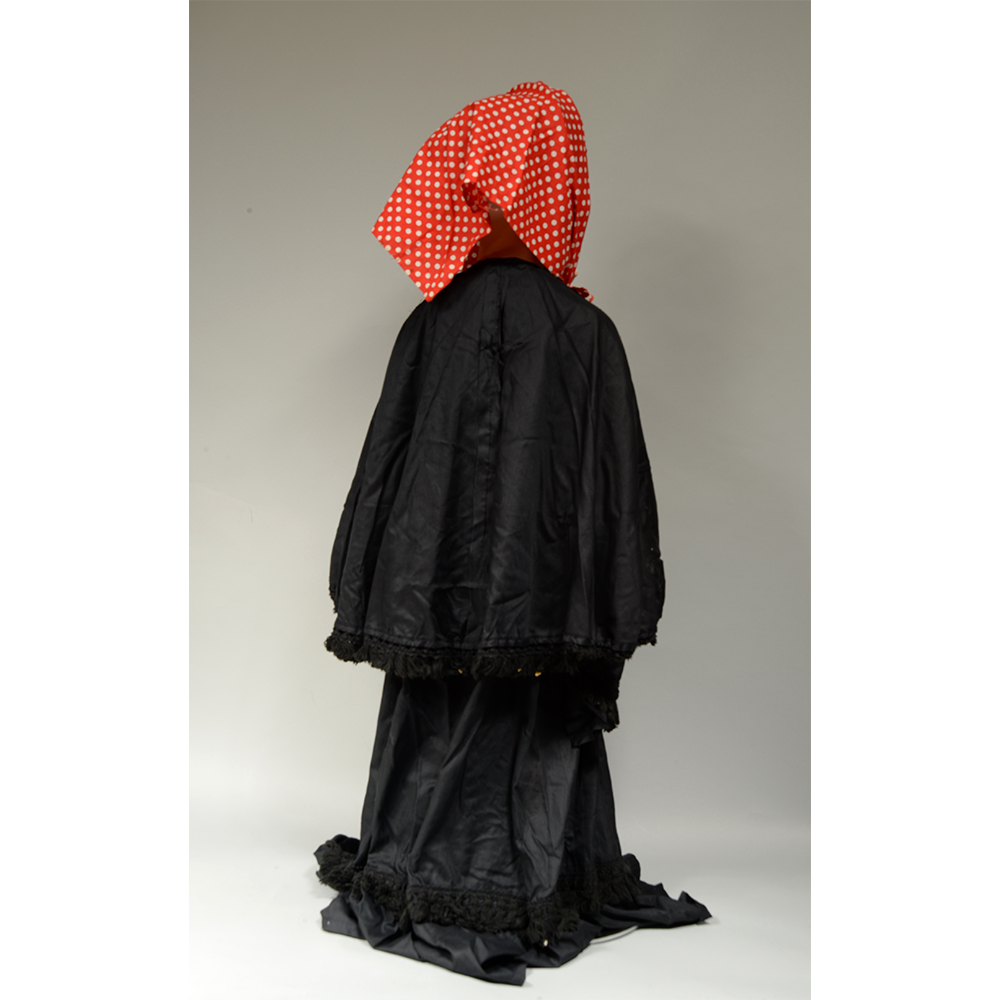 This specific mask was mass produced by a process known as vacuform molding. Sheets of heated styrene plastic are placed over a three-dimensional mold and a vacuum sucks out the air, forming the plastic to the mold. The mask is then cut out, machine painted, and an elastic band is stapled to the mask. The process is exceedingly fast and inexpensive, making the mask very popular with the overwhelming majority of Americans from the late 1950s to today. The costume is hand-sewn, most probably by the mother of the child who celebrated Halloween as a witch.