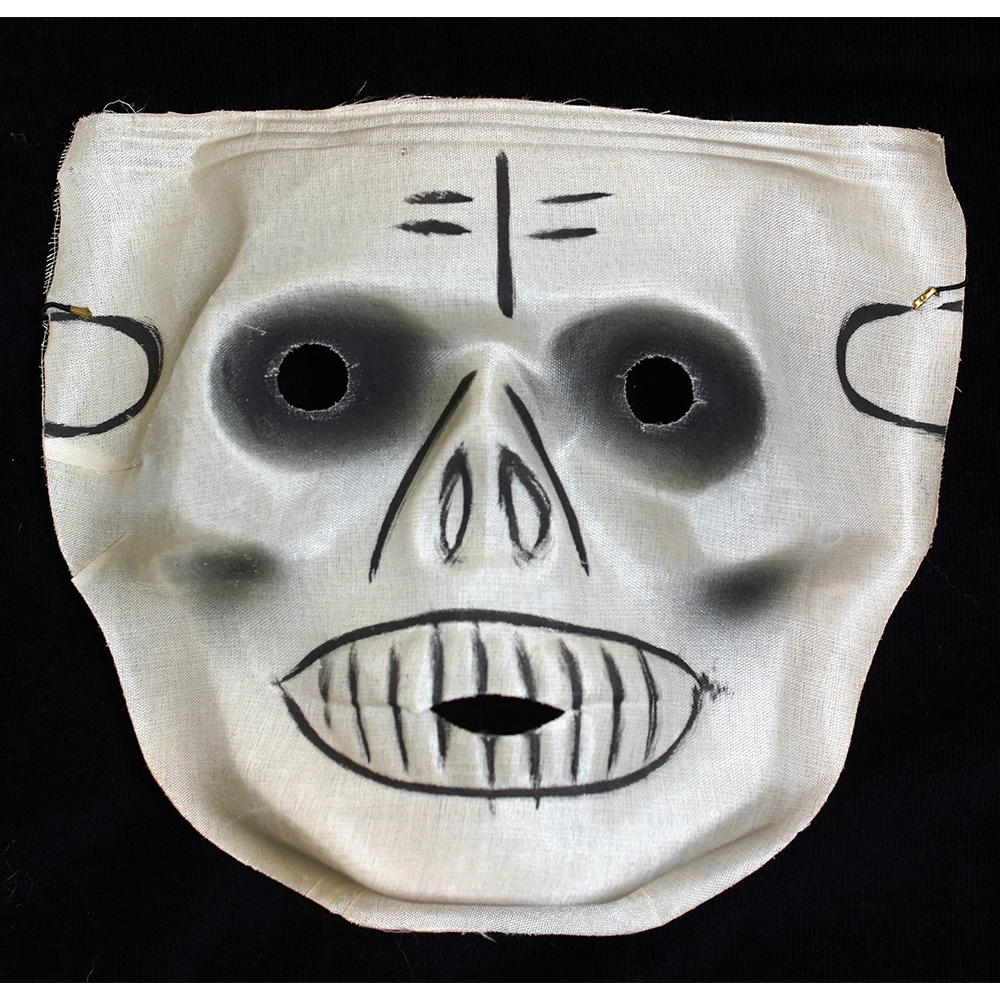 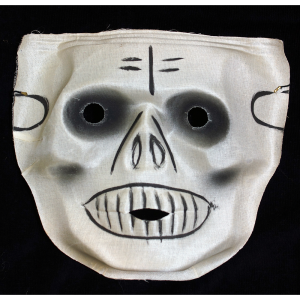 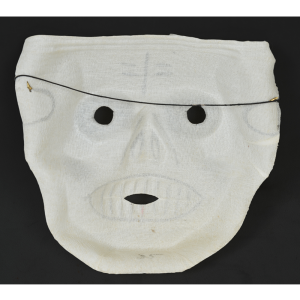 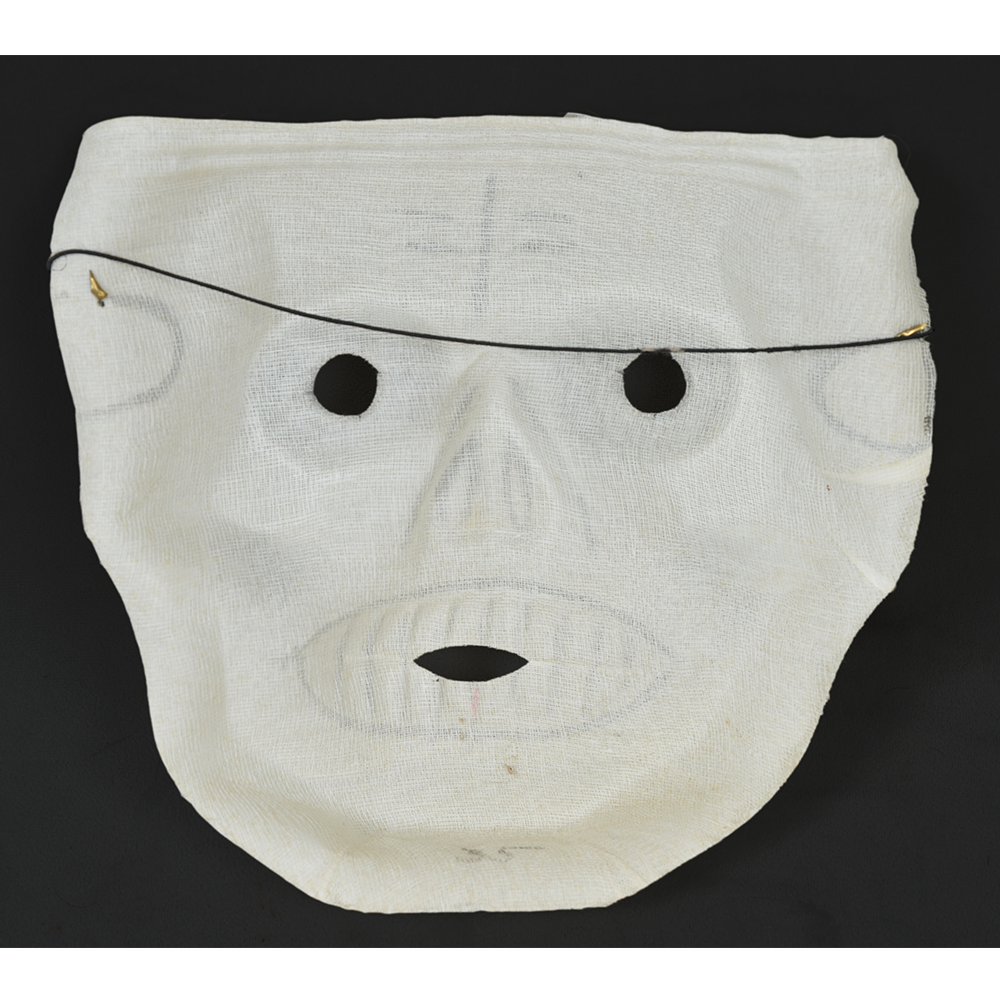 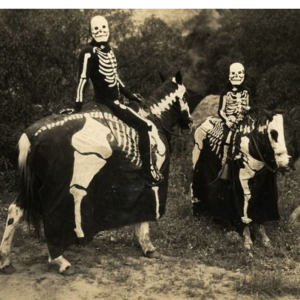 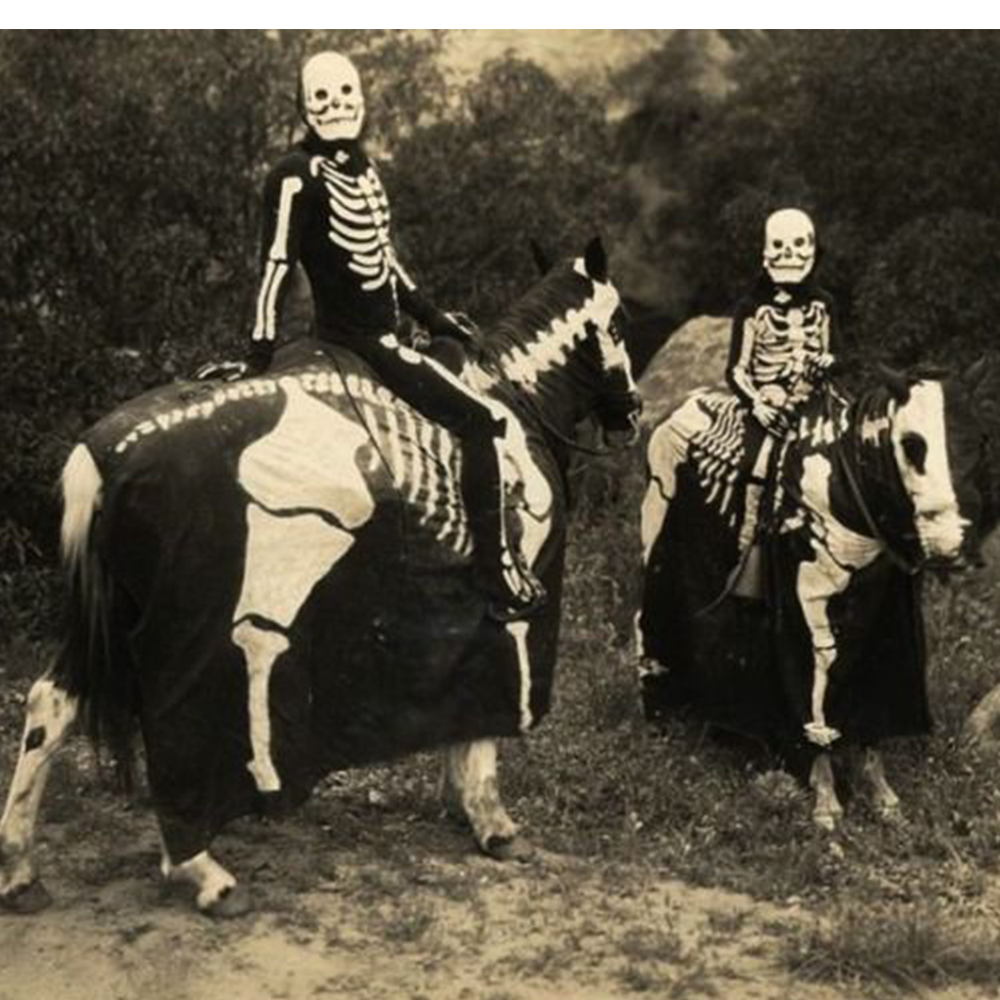 This specific mask, representing a skull, was made from dyed buckram, moistened and dried over a form, then hand painted with details. Such mass-produced masks were popular among the middle class in the 1920s to 1950s, when they were replaced by vacuformed plastic.