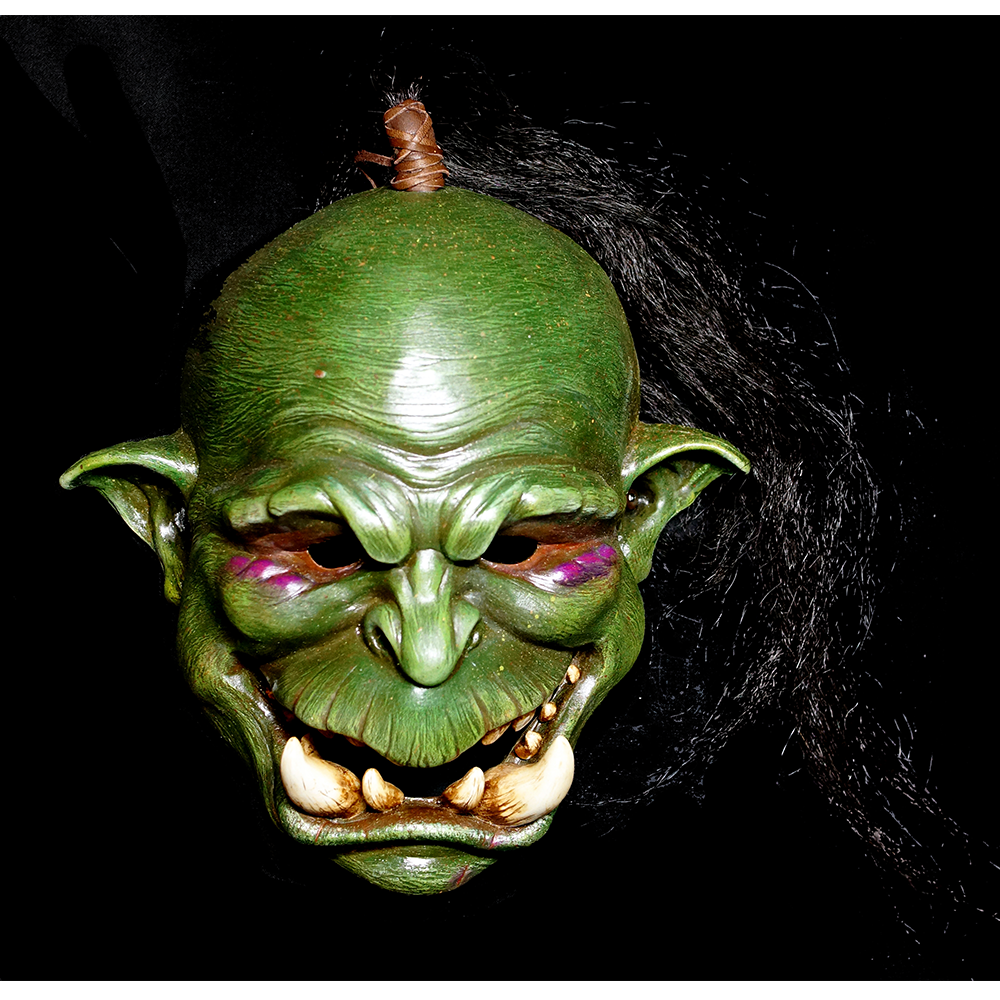 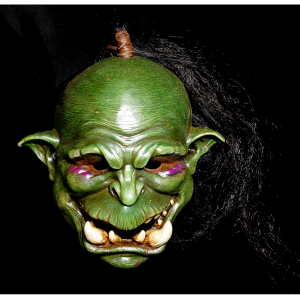 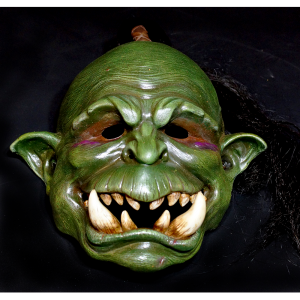 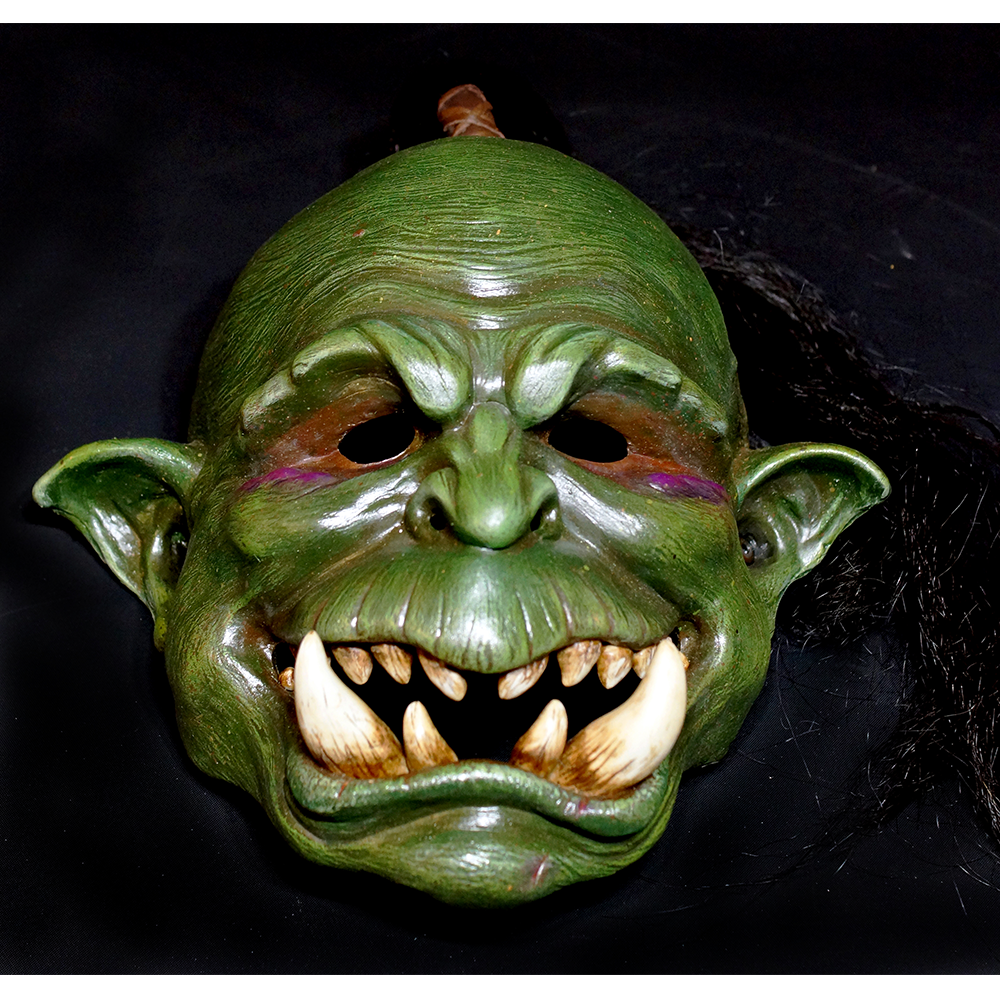 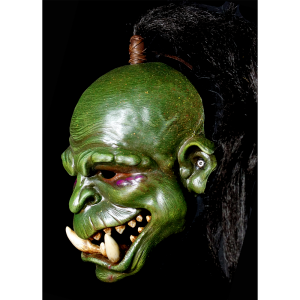 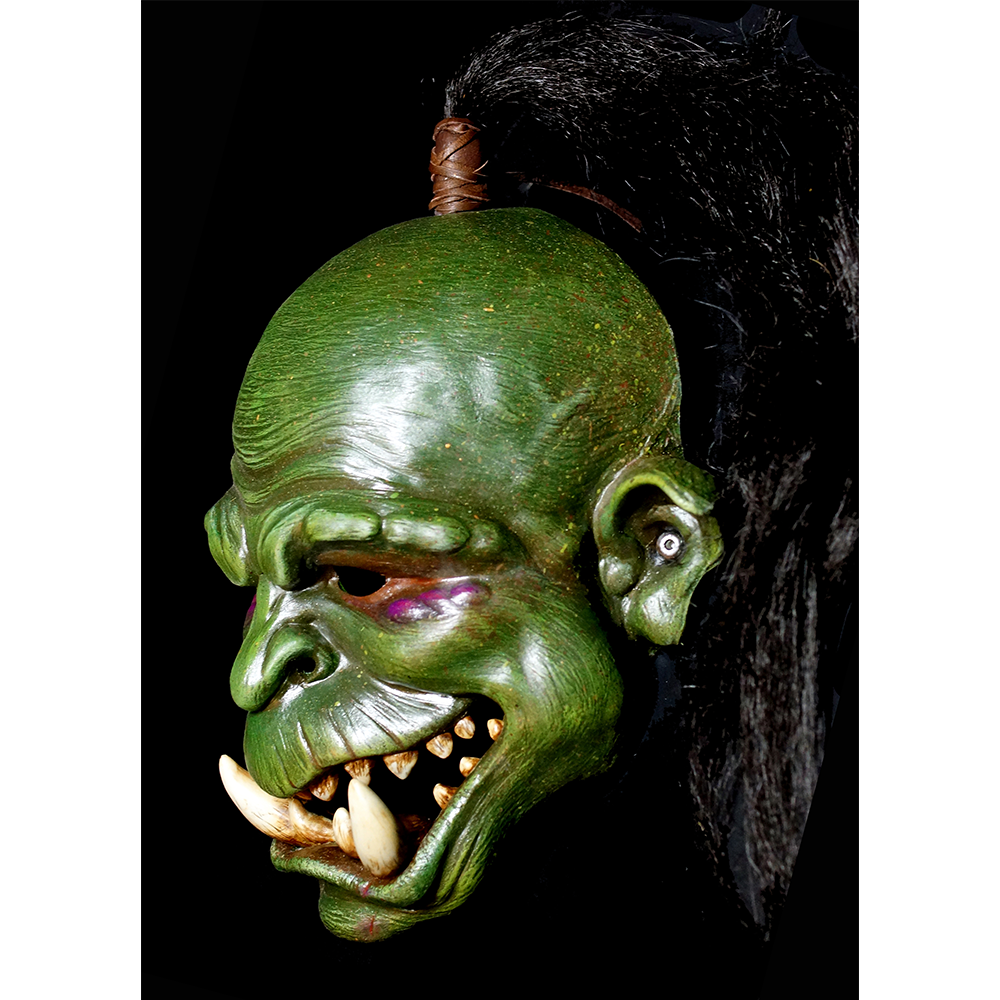 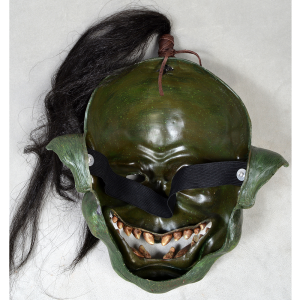 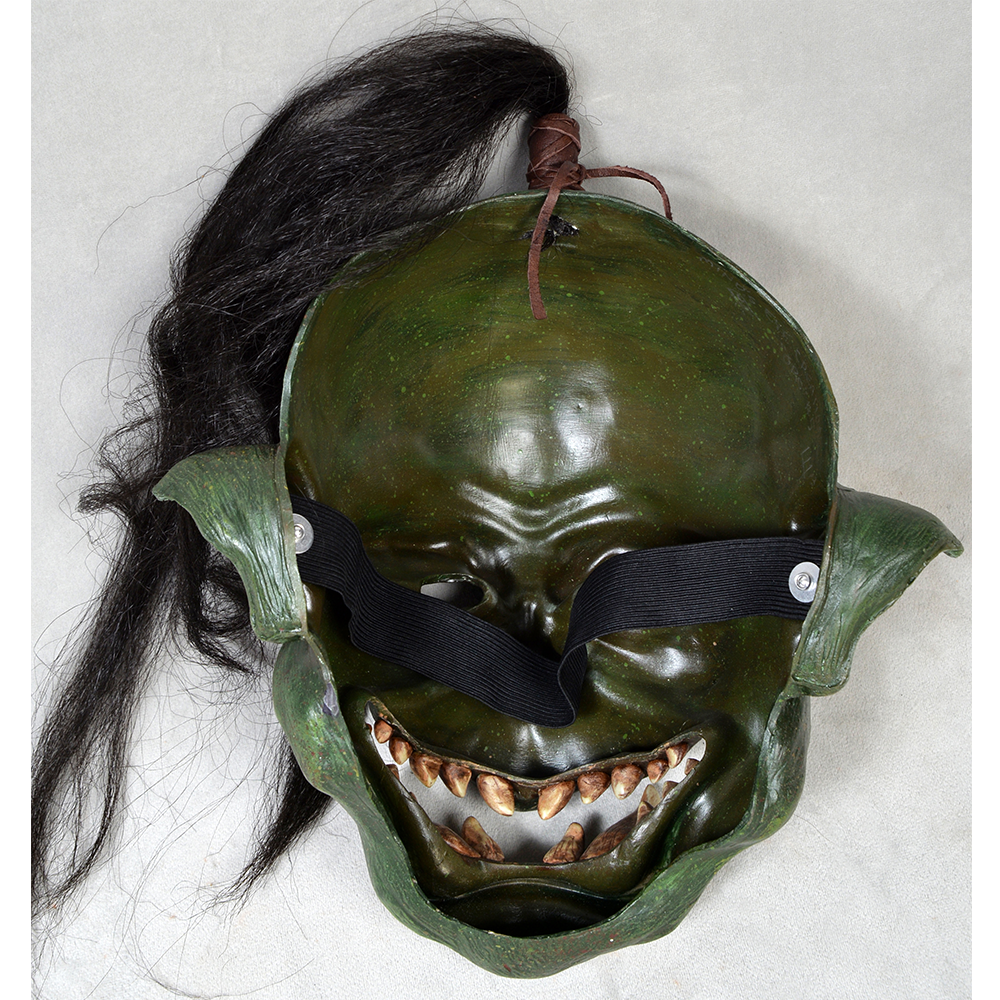 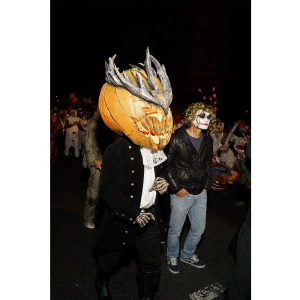 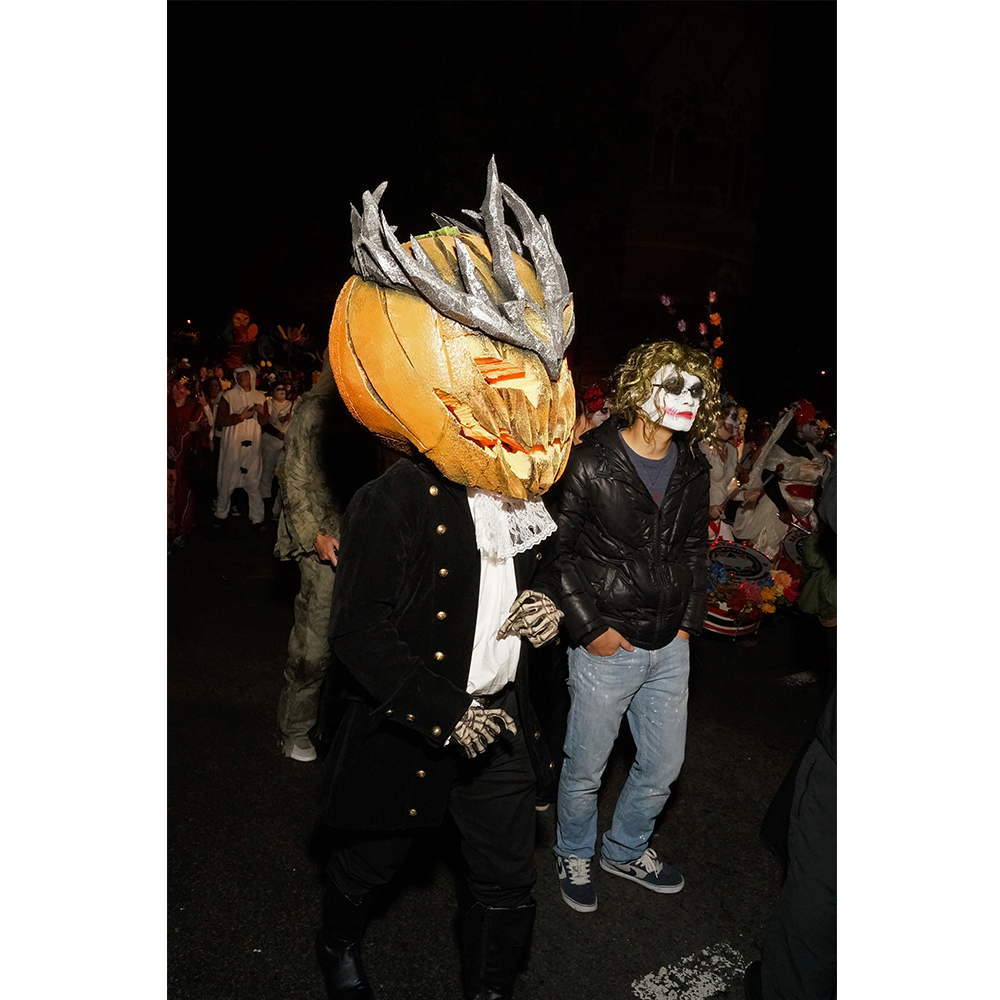 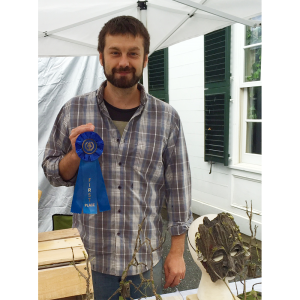 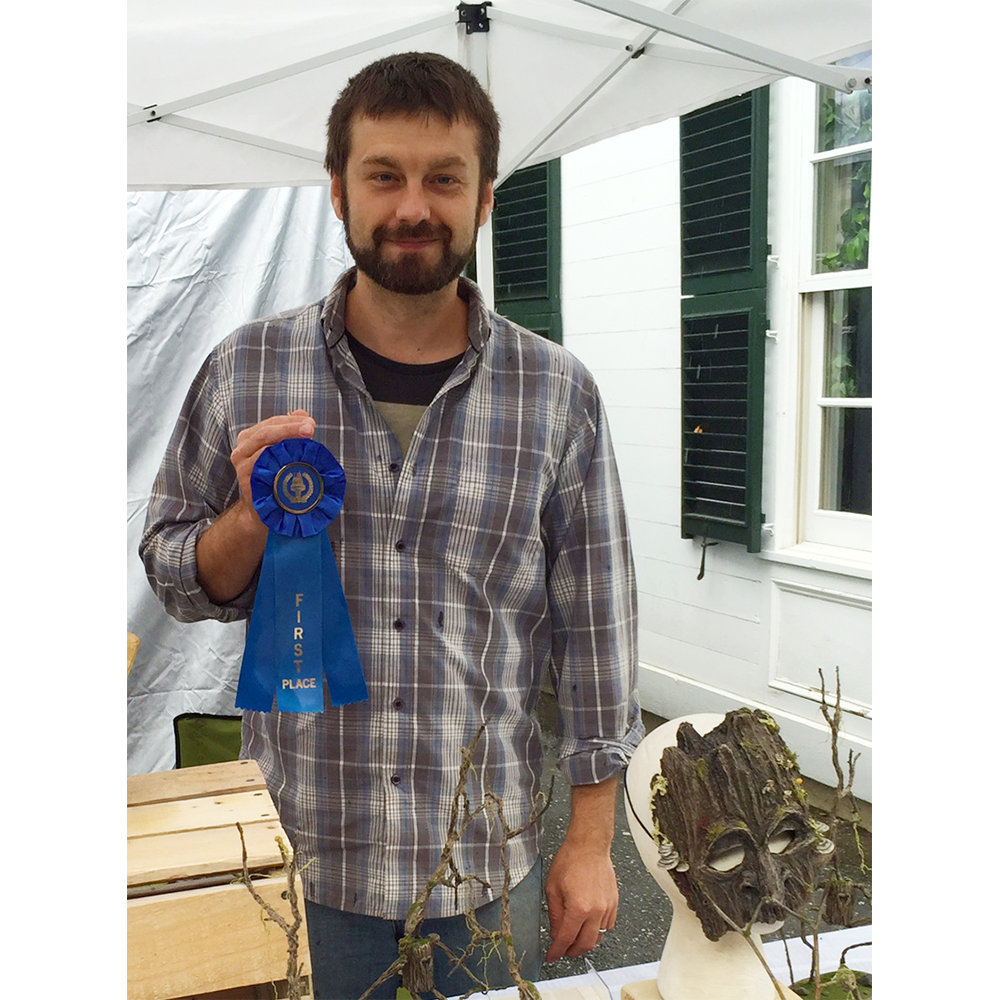 This specific mask was inspired by the fictional monsters of J.R.R. Tolkien’s The Lord of the Rings trilogy. The “orcs” in Tolkien’s mythology are evil humanoids who serve a demonic demigod. The mask was hand cast and painted by master craftsman Leon Hastings, whose workshop is located in Augusta, Maine.