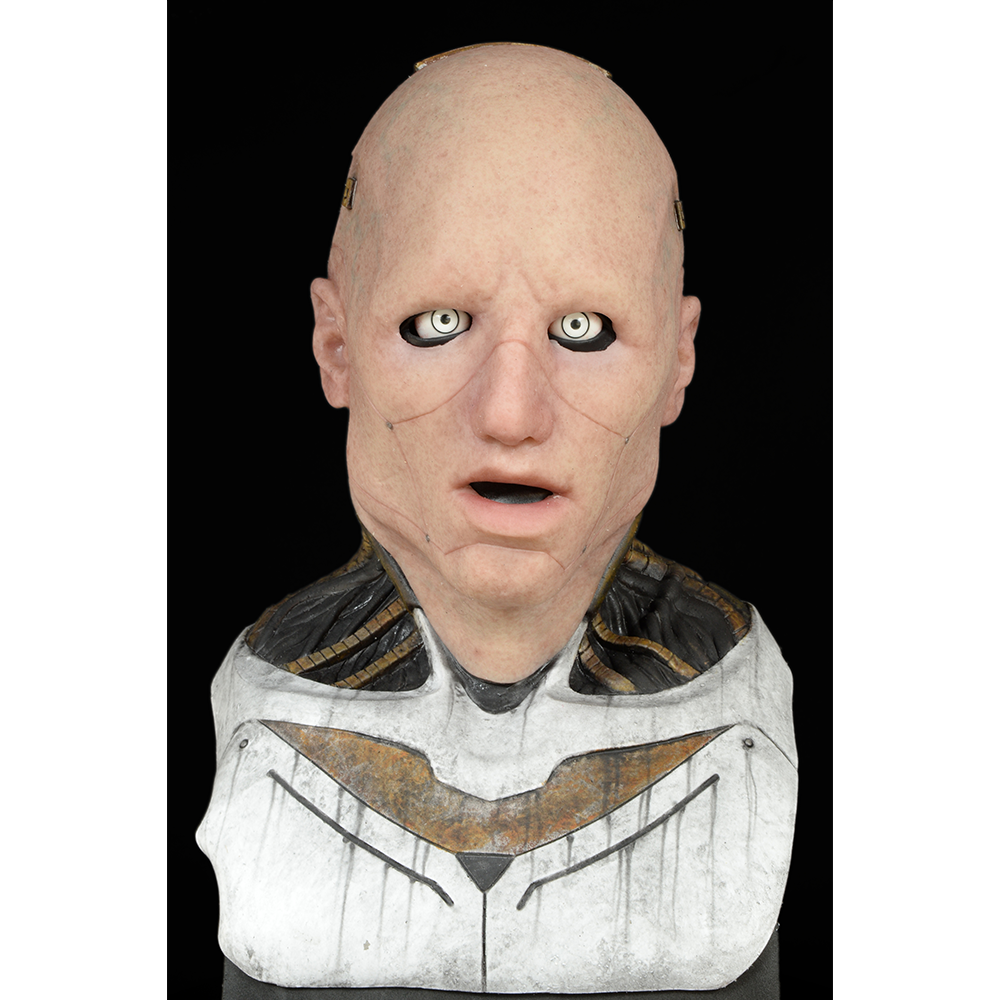 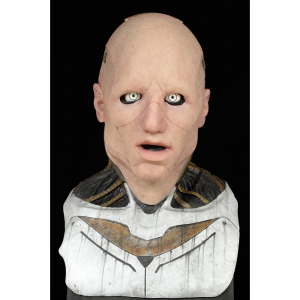 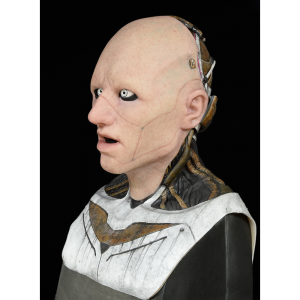 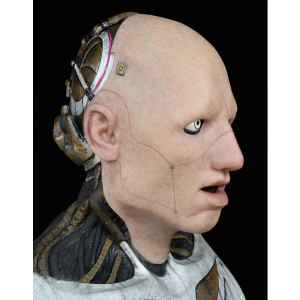 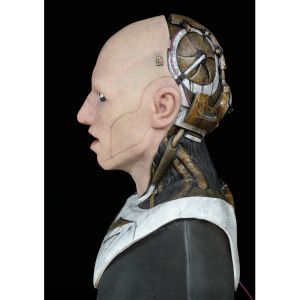 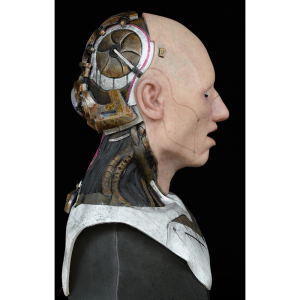 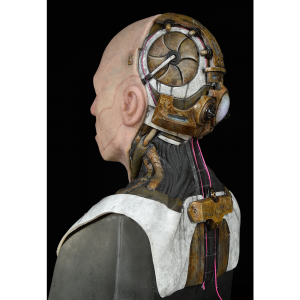 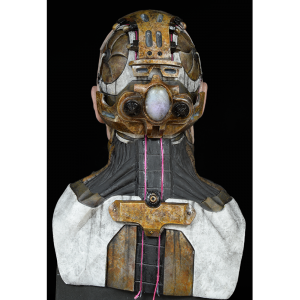 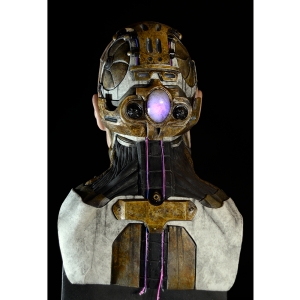 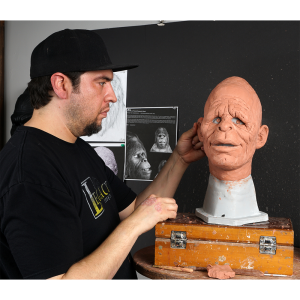 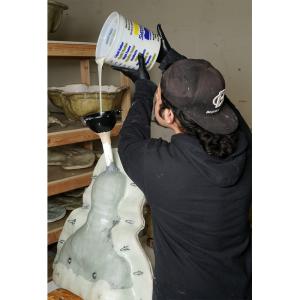 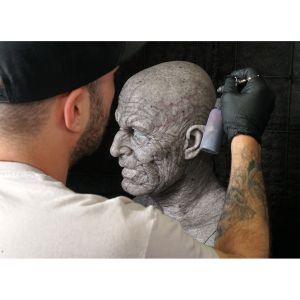 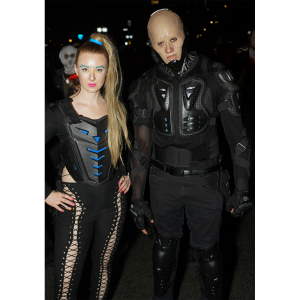 This specific mask was designed by Andrew Freeman and hand made at Immortal Masks, Inc.  Immortal Masks is a manufacturer of highly realistic silicone-based masks that conform to and move with the wearer’s face.

Click above to watch a short documentary about Immortal Masks, the maker of this mask.