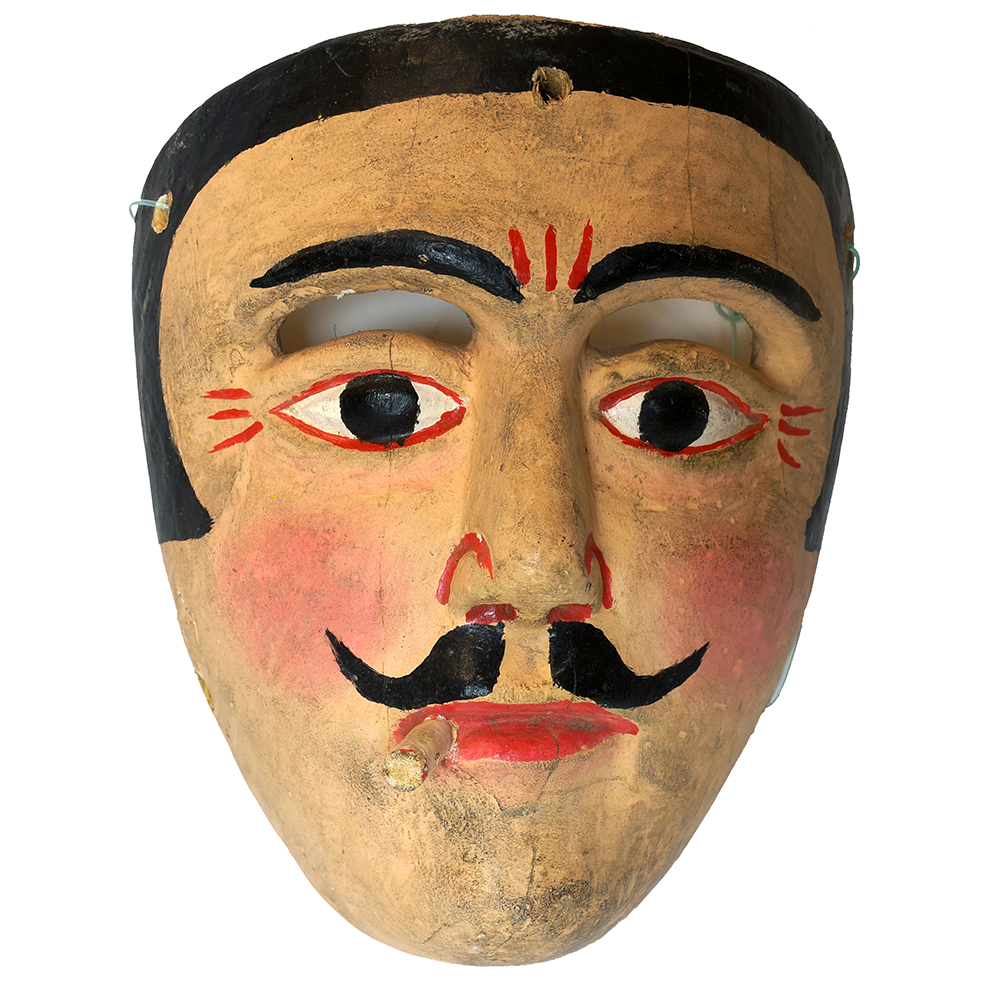 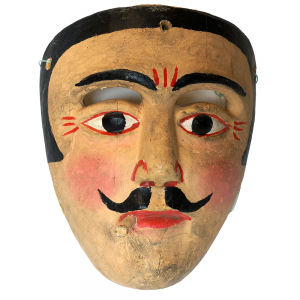 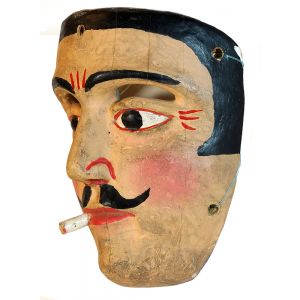 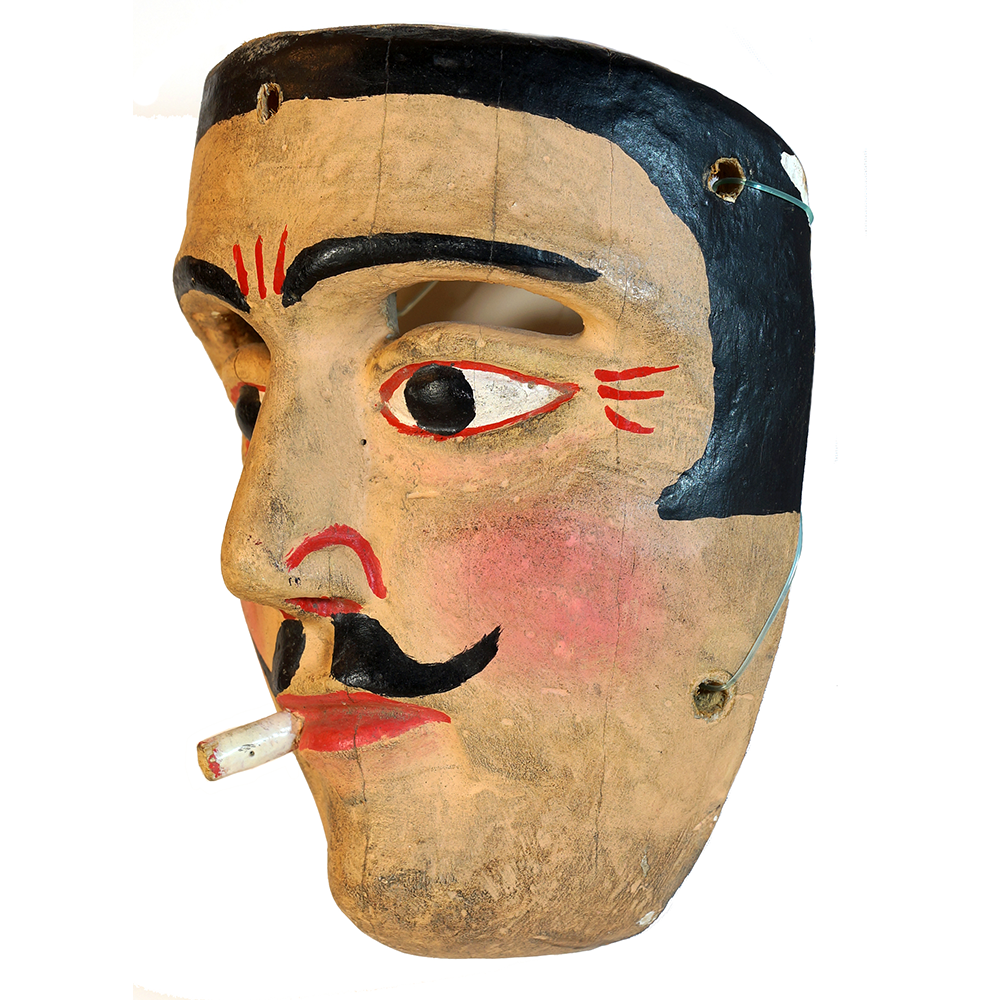 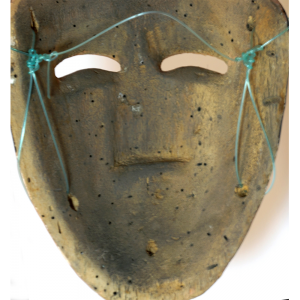 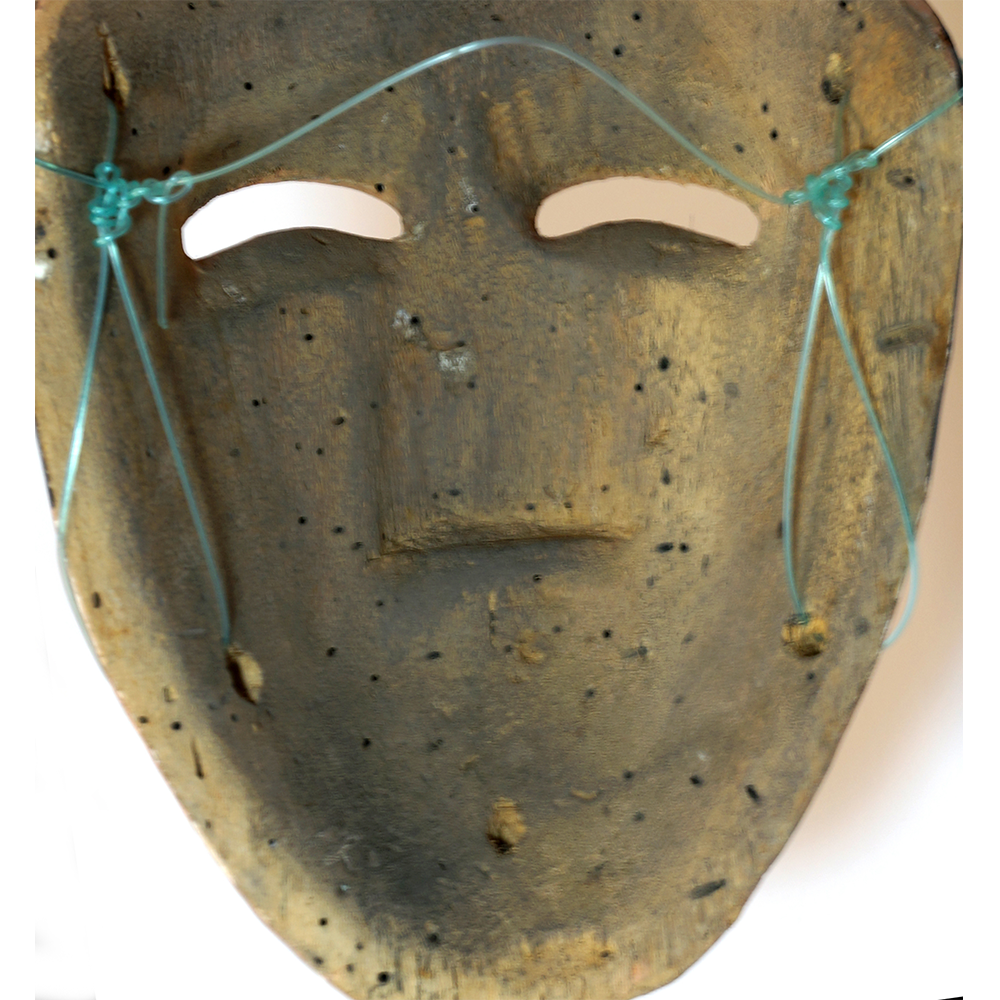 Several versions of the Danza de los Manueles are performed in Guerrero. In some towns, such as Chilpancingo and Zoquiapan, the Manueles dance reenacts the drama of a village girl who is betrothed to a novio (boyfriend) and jilted for another girl (novia). The story ends after much squabbling among the parents and grandparents. This mask represents the novio.

In other towns, such as Tixtla, the dance has a completely different meaning and characters. According to historical accounts, a despotic and greedy Spaniard named Manuel governed Tixtla in the eighteenth century. To protest his maladministration, the indigenous Nahuas adopted a dance ridiculing his elegant dress and habit of jingling his silver coins. Instead of becoming outraged, Mayor Manuel promoted the dance as an annual event (possibly viewing the cathartic symbolic protest as preferable to a more material reaction). The mask’s appearance was frequently rendered as distorted and ugly.  The dance is performed to drums and violins and the costume loosely resembles an eighteenth century European suit with short breeches and a top hat, carrying a crooked cane like a snake and a teapot used as a rattle. An old woman supposedly resembling the mayor’s wife, dances as well, also carrying a cane and wearing a thick suit to make her appear obese. Other dancers represent the Spaniards under the mayor’s authority and wear highly decorated hats and costumes.