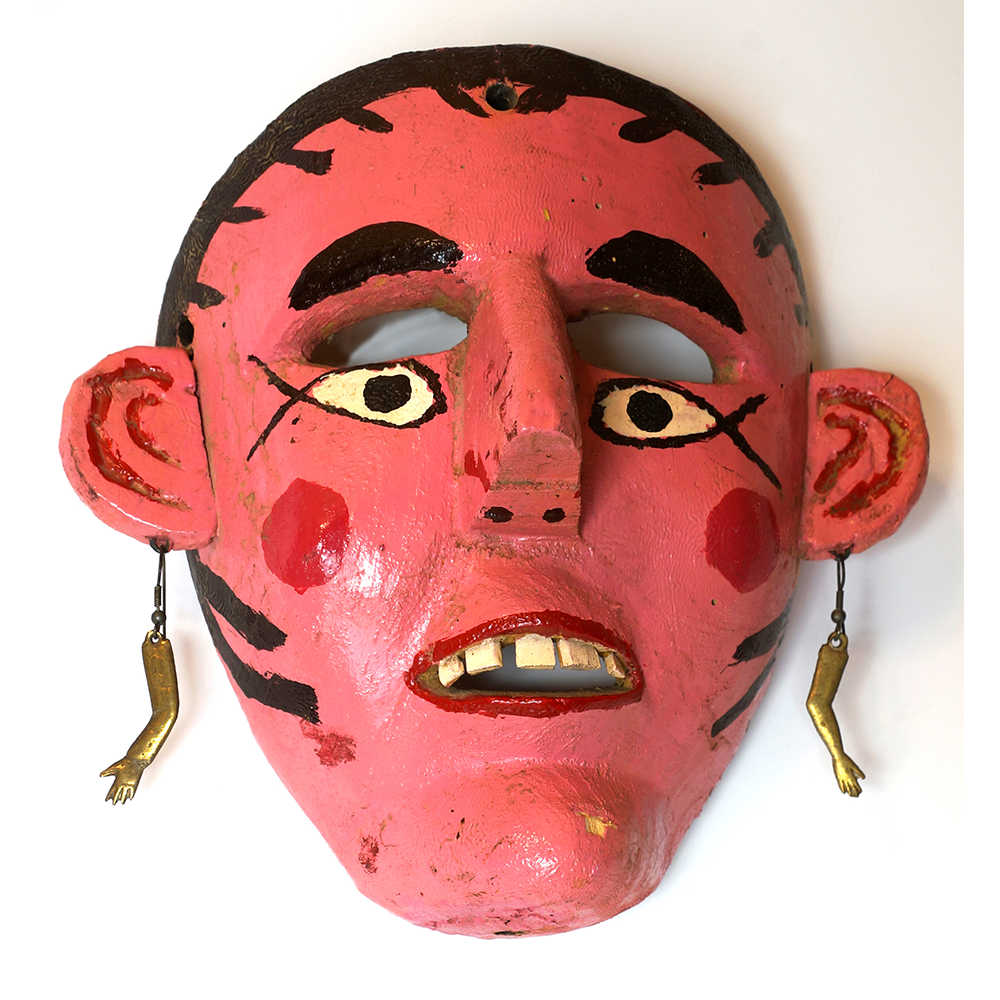 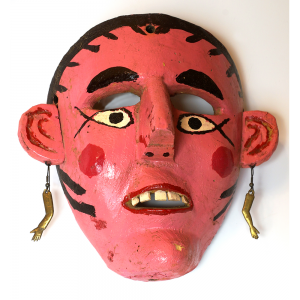 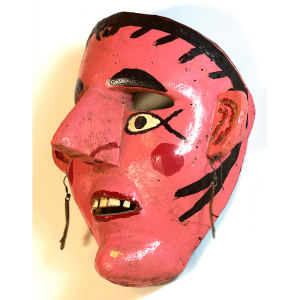 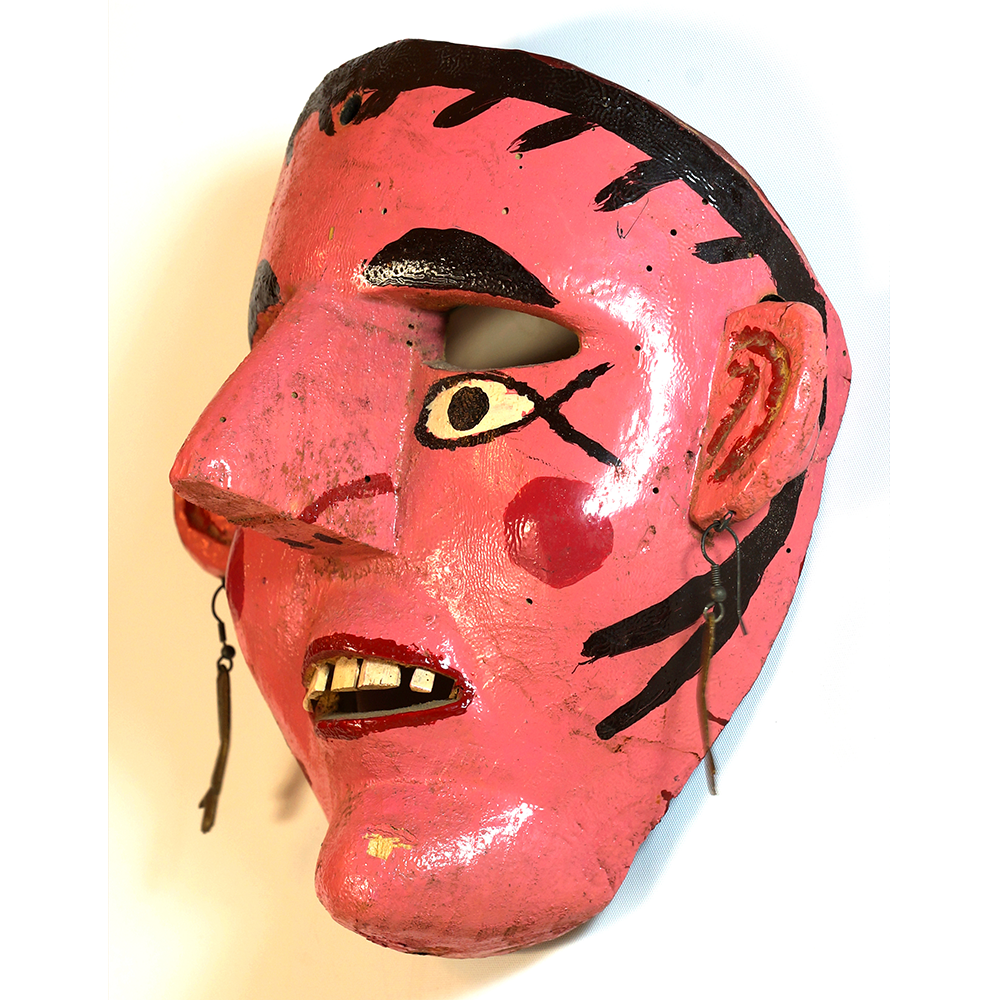 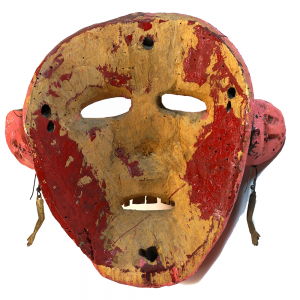 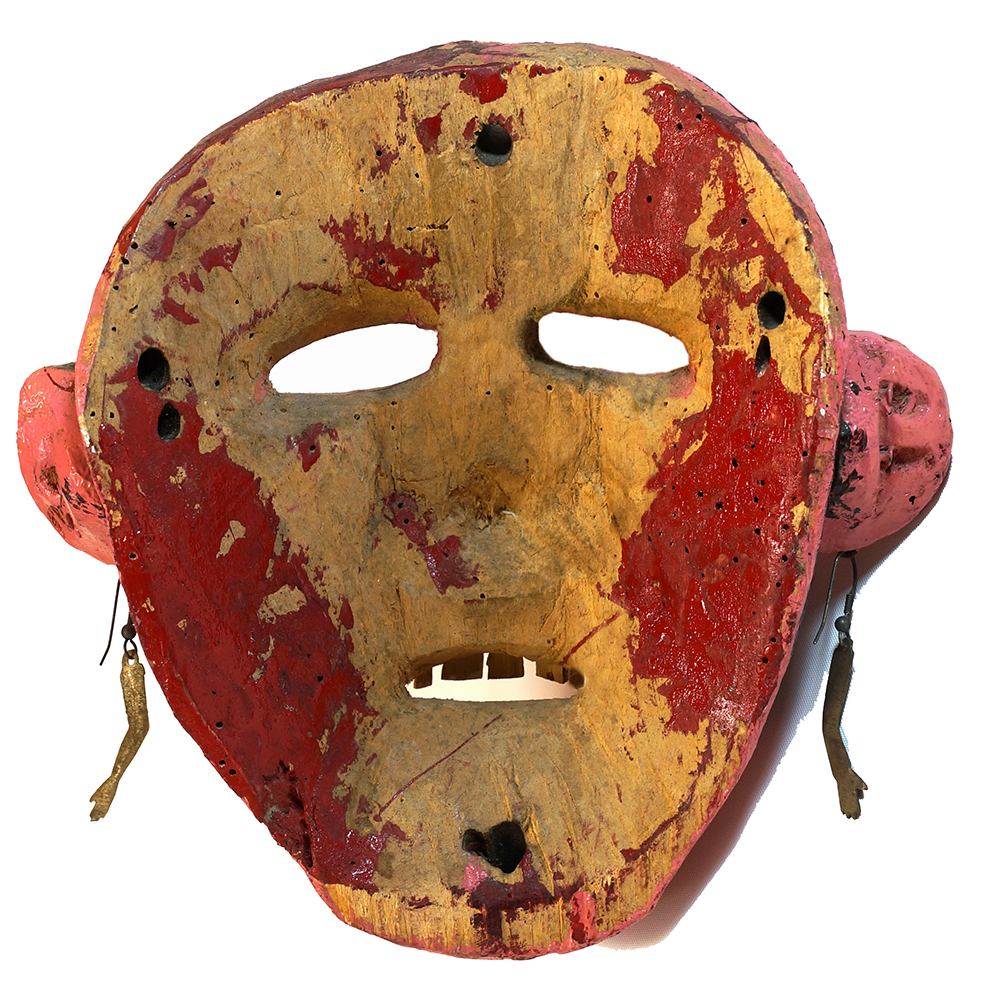 The Danza de la Conquista (Dance of the Conquest) is a ceremony performed in many parts of Mexico, as well as Central and South America. It has two stories, one European and one indigenous. The European relates to the reconquest of Spain from the Islamic Moors by the Spanish monarchy. The indigenous relates to the conquest of the Americas by the Spaniards. This mask is from the second kind, and represents Malinche (properly, Malinalli), a noble Aztec maiden sold into slavery by her mother to the Mayans, then resold to the conquistador Hernán Cortés along with other girls. When he discovered Malinche spoke Nahuatl as well as Mayan, he used her as an interpreter in making the alliances with local peoples that ultimately led to the subjugation of all of Mexico. She and Cortés eventually became lovers, and she bore a son for him, but when Cortés’ wife arrived in Mexico, he married her off to another Spaniard.

The indigenous view of Malinche is mixed. Some view her as a heroine who helped turn Mexico to Catholicism, while others view her as a betrayer.  Either way, she plays an important role in the dance retelling the conquest of Mexico.