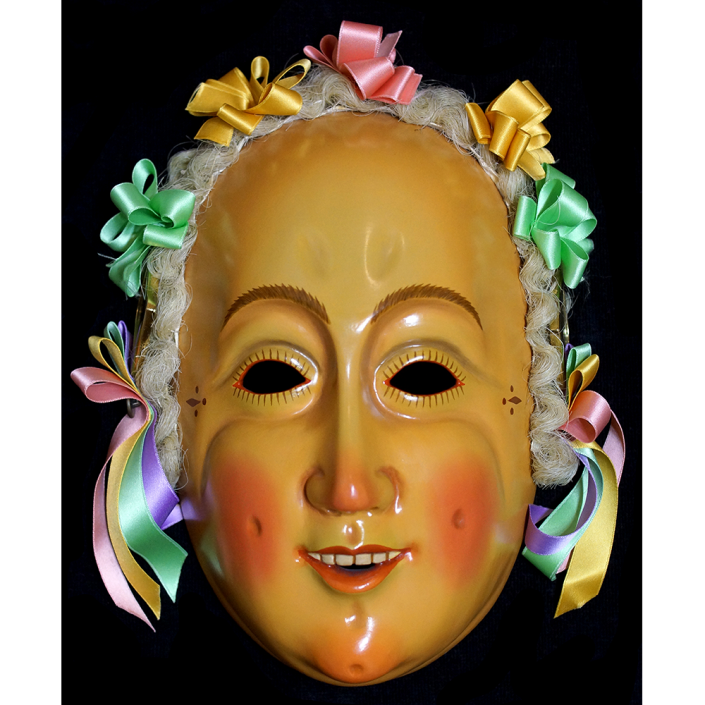 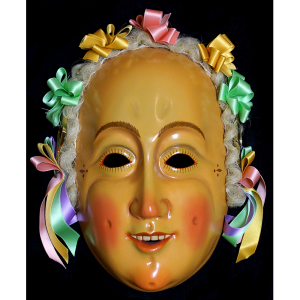 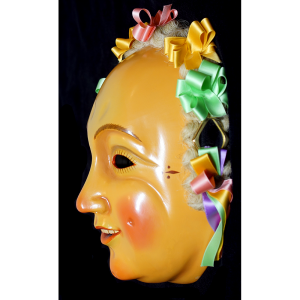 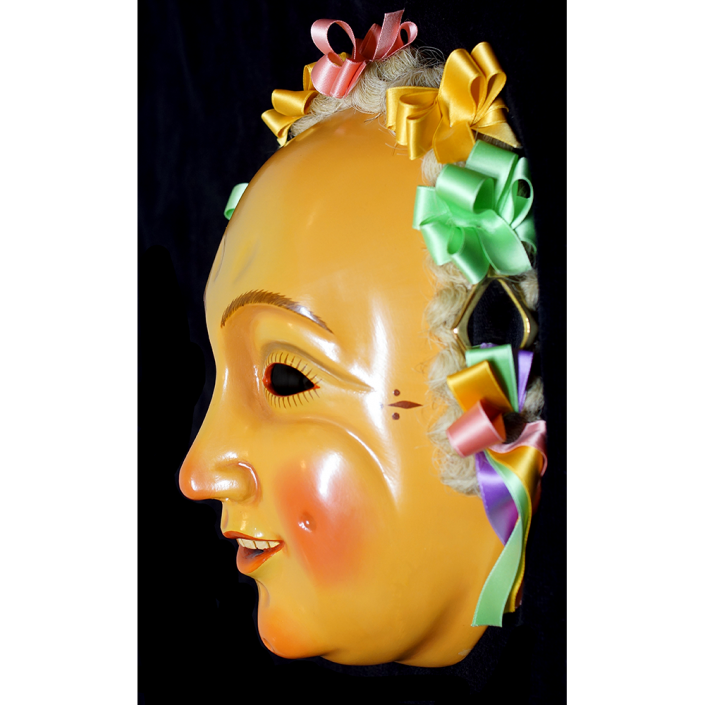 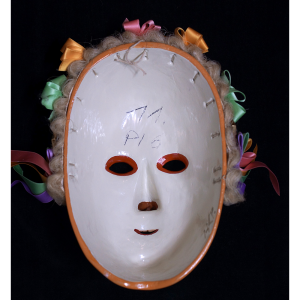 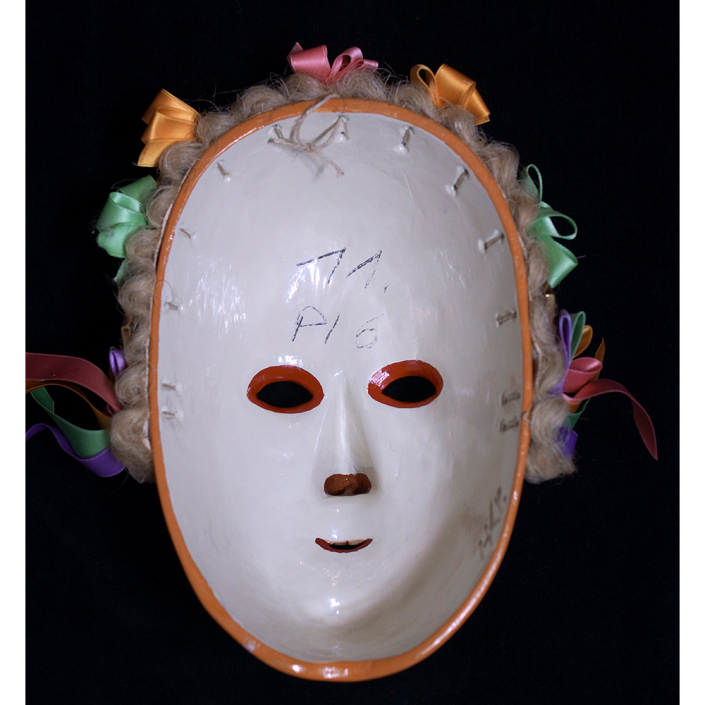 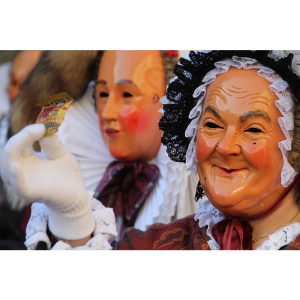 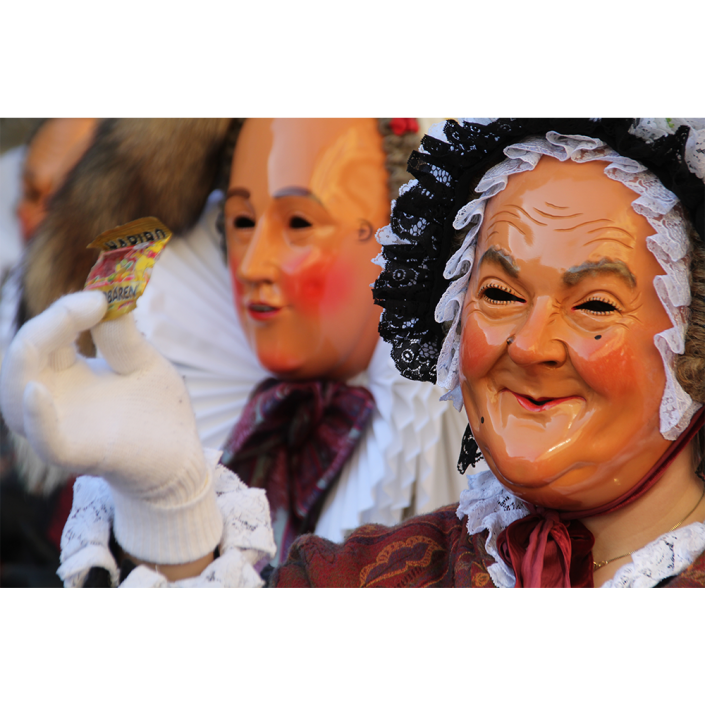 Carnival in Rottweil extends back at least to the 14th century, and the Gschell—the smiling, childlike clown—is probably the oldest and most dominant character of Fasnet in Rottweil. They appear in white linen costumes with as many as six leather belts holding large bells, which he makes ring by walking with a bouncy step (Jucken). In the past, they also wore three fox tails on their hood, a practice that has been fortunately discontinued with increasing enlightenment about animal rights, and sausages on his wrist as a symbol of fertility. The Gschell also wears a horsehair wig (Rosshaarkranz) with ribbons and mirrors to satirize vanity.