You are here: Masks1 / First Yangban 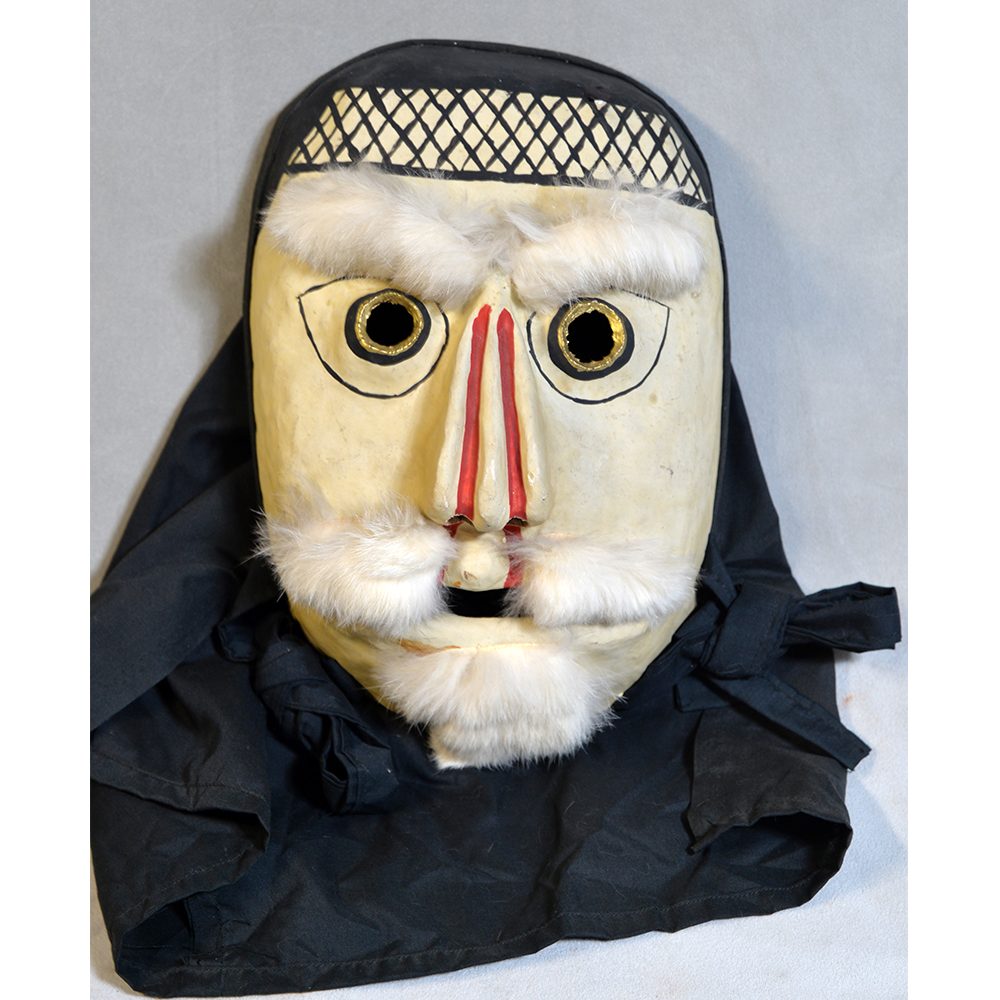 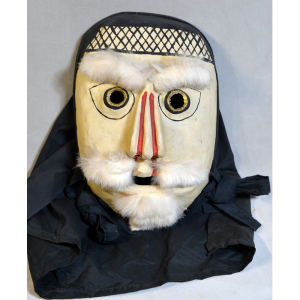 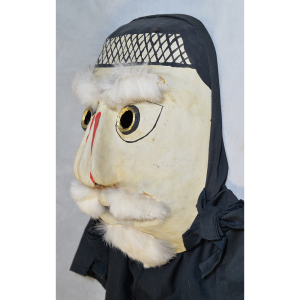 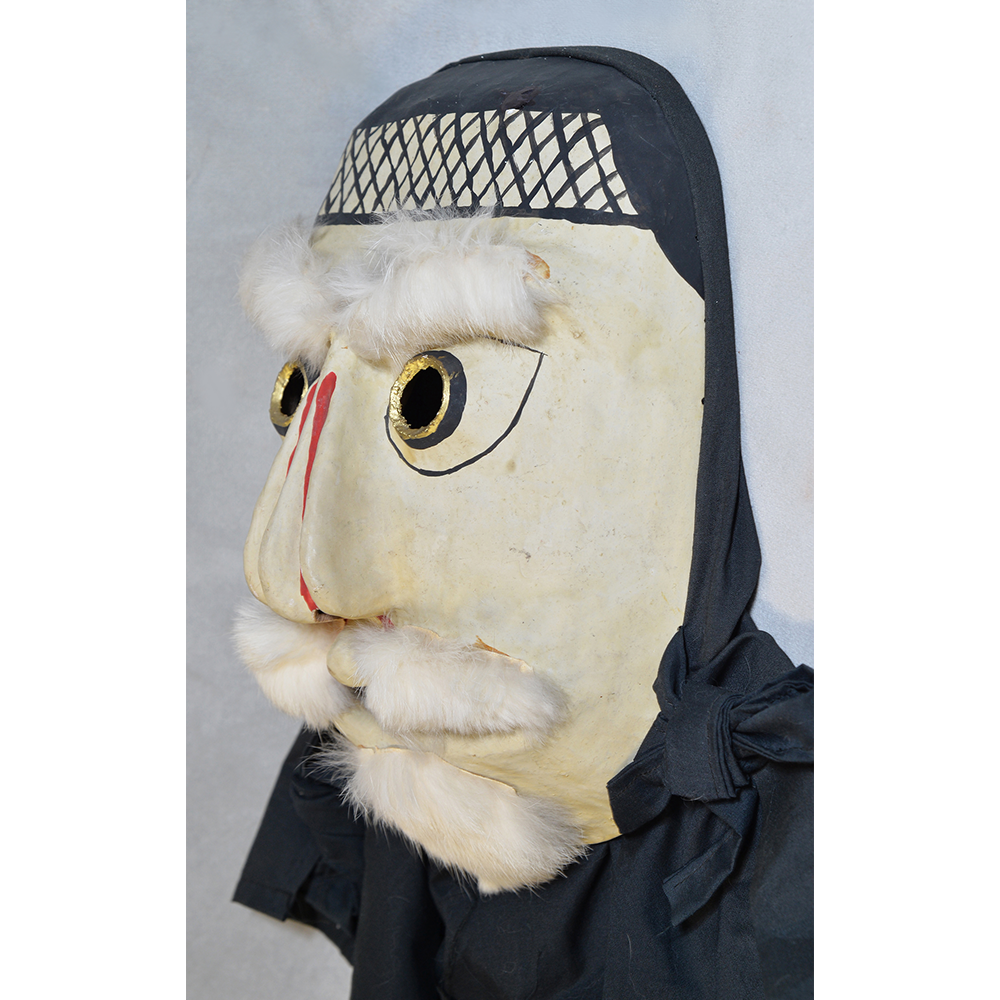 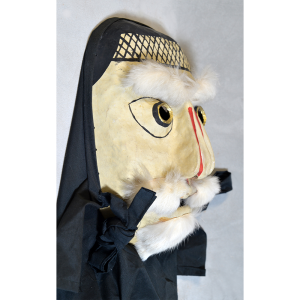 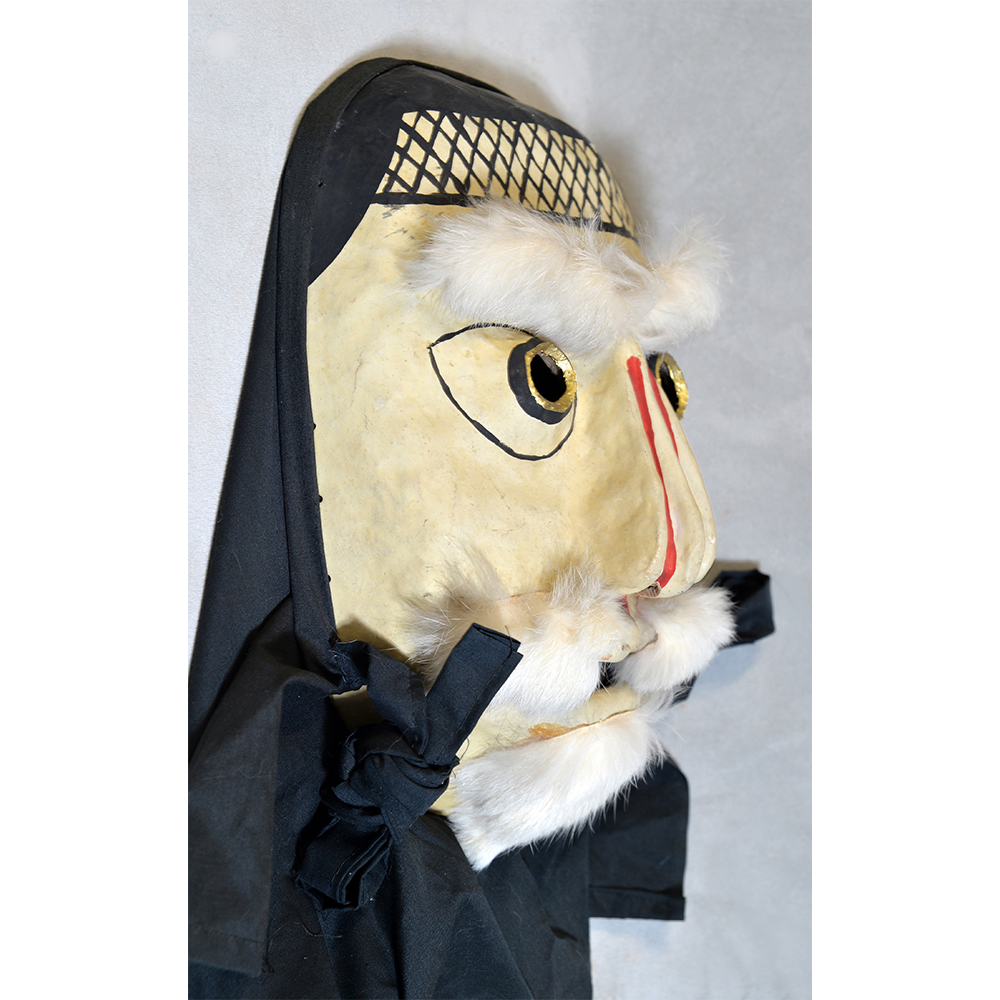 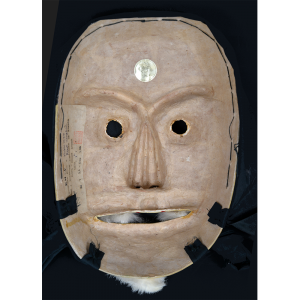 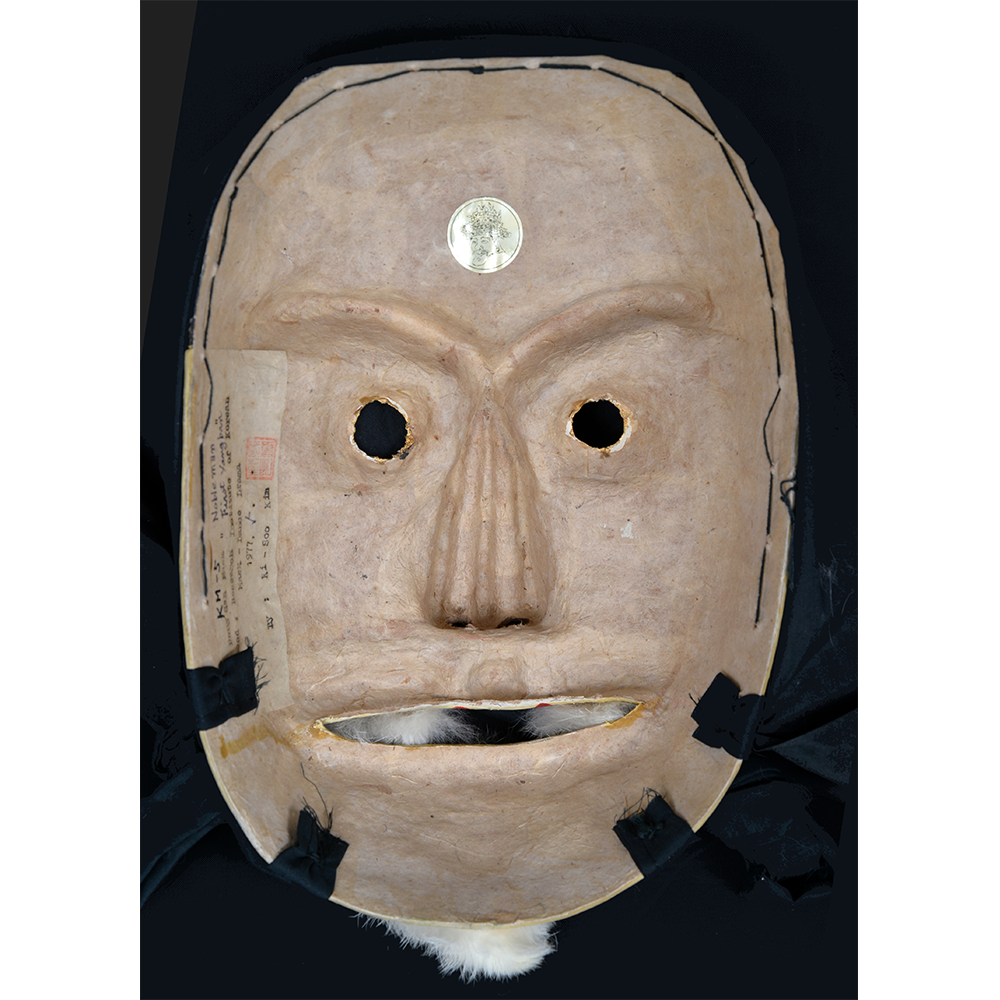 Talchum has been called Korea’s first “professional” masked dance drama, although it originated as part of seasonal festivities in the Bongsan region, it later relocated to Sariwon, on a major trade route, and during the Japanese Colonial Era was performed in a theater for paying patrons. The drama is accompanied by music played on a small samheyon yukgak ensemble, consisting of three aerophones, one chordophone, and two membranophones.

This mask represents a superficial nobleman (yangban) with a cleft lip. In the play, this character is shown to be undignified and unworthy of his title.