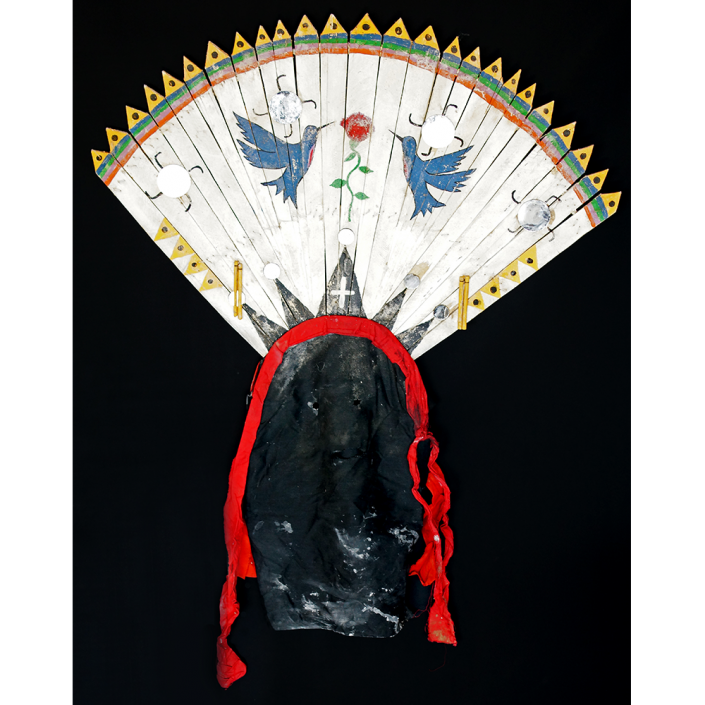 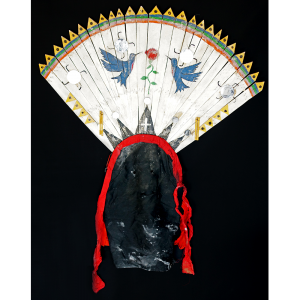 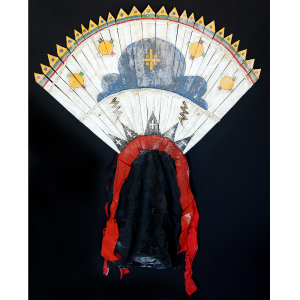 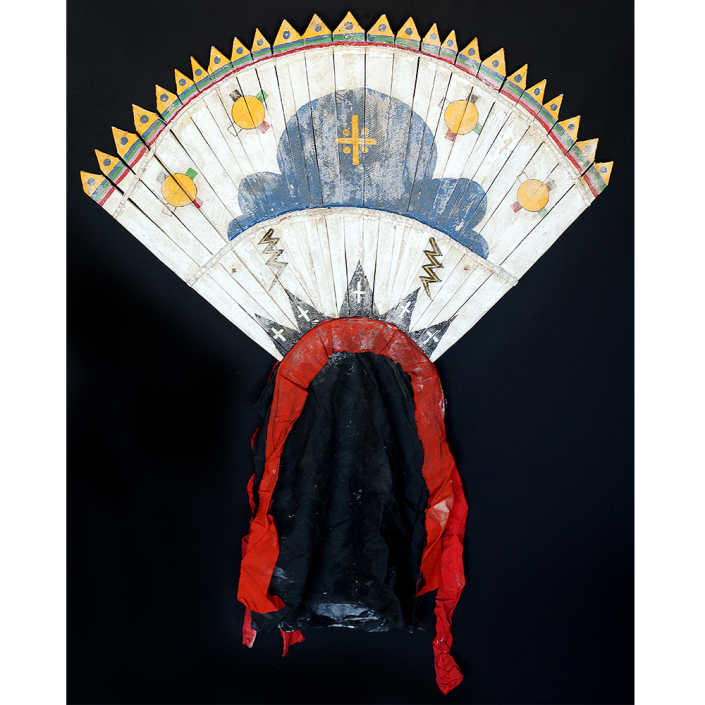 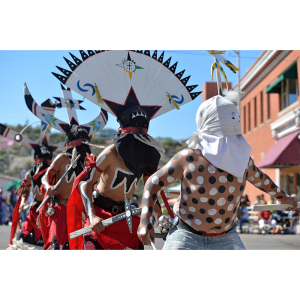 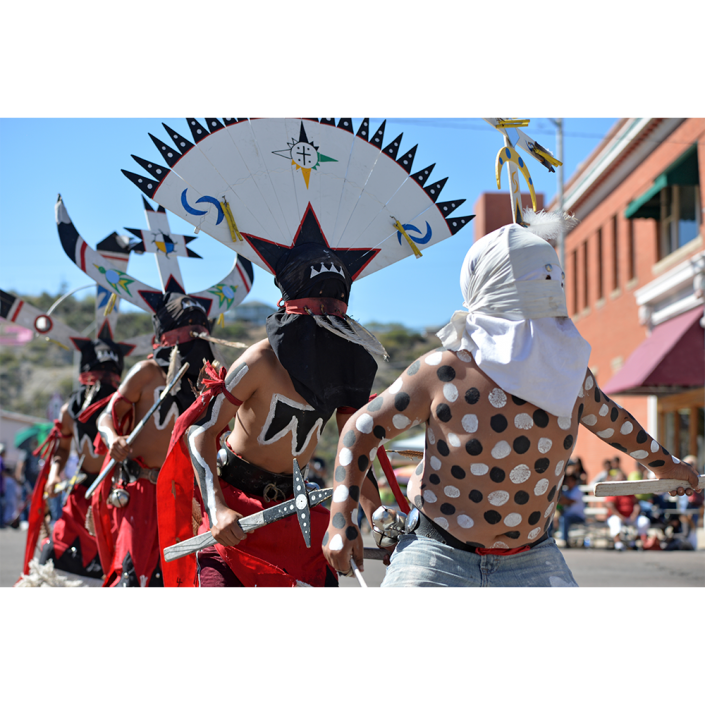 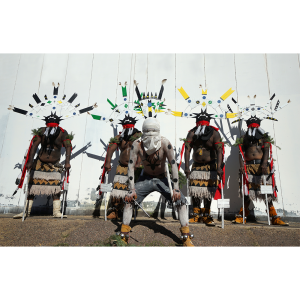 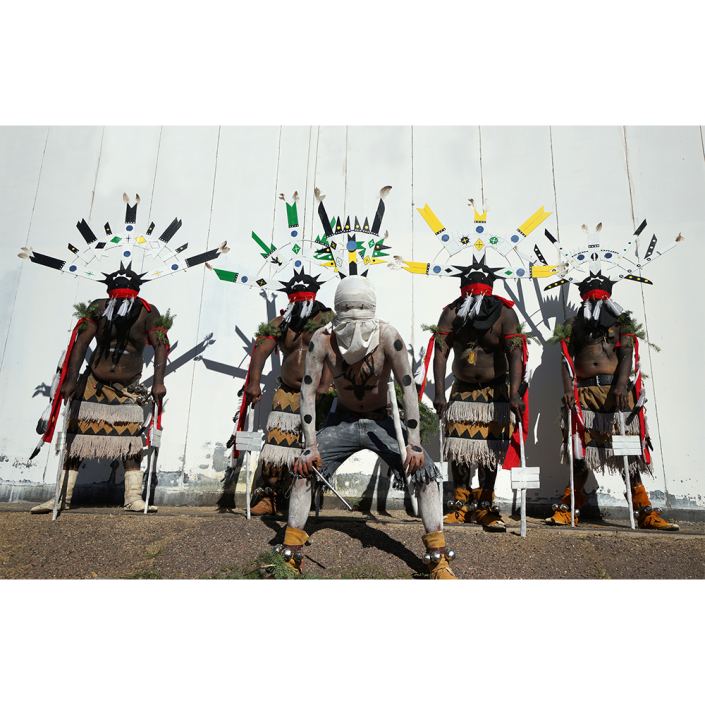 Among the religiously important figures of the Apache are the ga’an, mountain spirits that protect and purify the village. There are various myth stories surrounding the ga’an.  One is that the ga’an were responsible for liberating the animal spirits locked in a cave where Crow had imprisoned them.  Another is that an Apache boy fell into a cave where ga’an spirits resided. When the boy died, he became one of the ga’an and led them to his village, where the ga’an danced to bless and heal the boy’s people.

The ga’an ceremony is performed to drum and song, and begins with the white ga’an, or “messenger,” using a “bull roarer,” or whistle on the end of a string, to create an ethereal sound announcing the start of the dance.  All dancers except the messenger carry wood or yucca spike “swords,” usually with symbols painted on them.  The ga’an mask must be prepared by a shaman with great care, and the patterns, glyphs and colors on the crown all have symbolic significance. The messenger’s mask is usually smaller than the others and uses white cloth instead of black.  The mirrors on the crown, a recent addition, flash as the ga’an dance, adding to the dazzling effect.  The small wooden slats that dangle from the mask create a clicking sound characteristic of the ga’an.  The dance is performed at na ih es (girl’s adulthood initiation ritual), to influence the weather, heal the sick, and to purify the village of evil spirits.

Video of the Apache Ga’an Dance, performed in 2019 in Arizona.