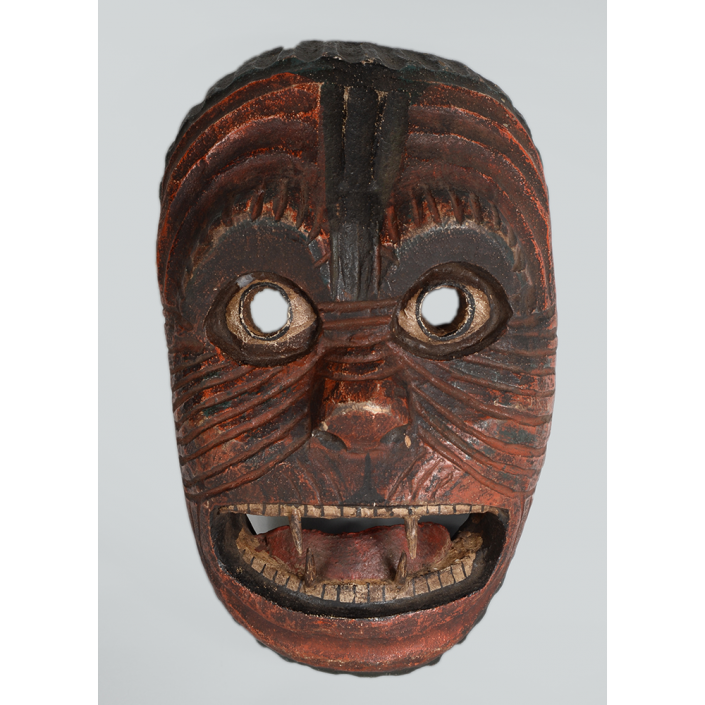 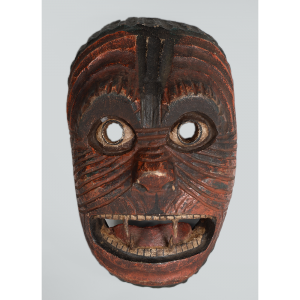 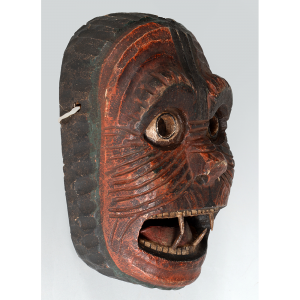 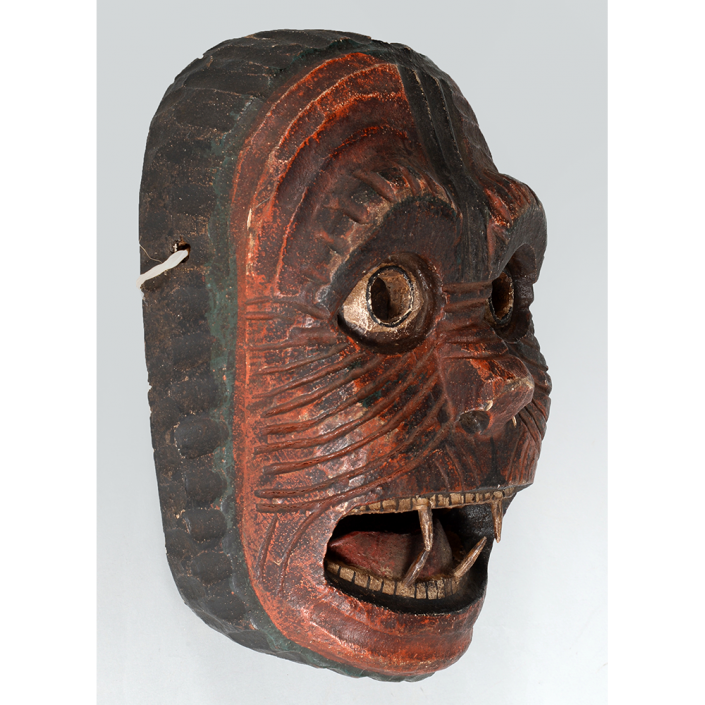 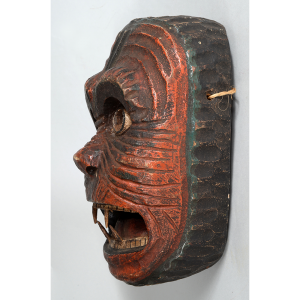 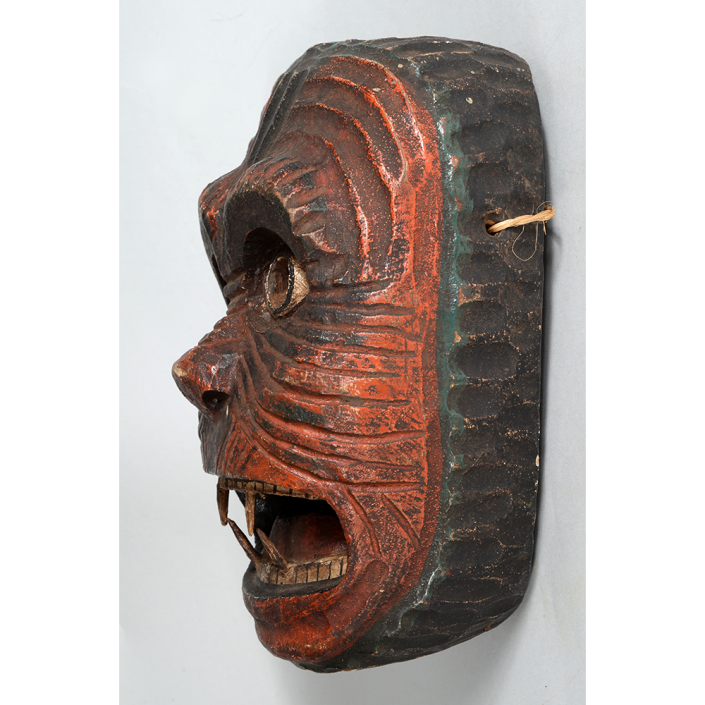 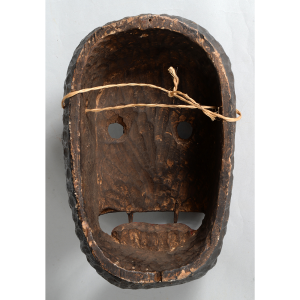 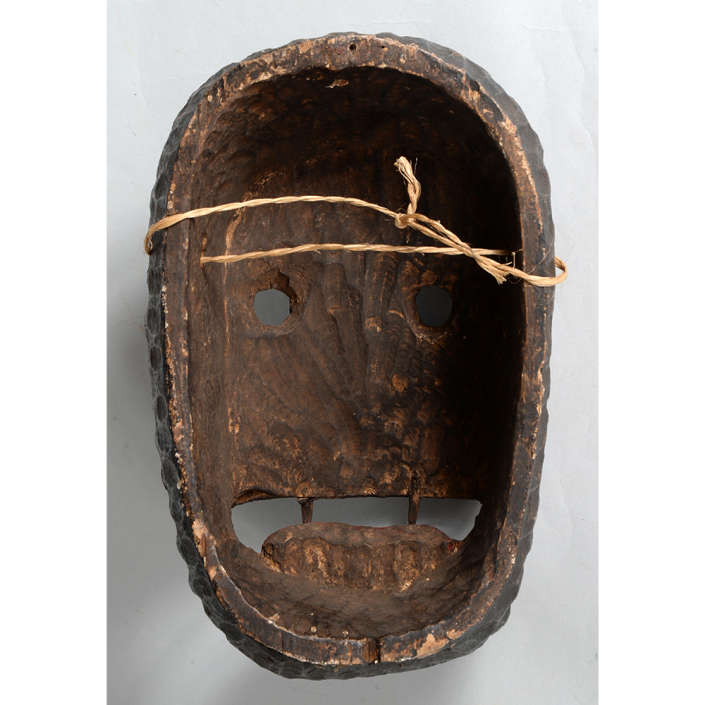 Other important masks include animals such as this dog, cats, or jaguars; the Rey Moro (King Moor, showing the influence of the Conquistadors); angels; clowns (payasos abanderados); and miscellaneous other characters. This festival opens with the huacos, representing precolonial Aymara shamans who parade to cure the diseases of the crowd. This mask represents a monkey, several species of which inhabit Ecuador, including the Mangled Howler Monkey, the Ecuadorian Capuchin, the Squirrel Monkey, the Black-Headed Spider Monkey, and the Brown-Mantled Tamarin.