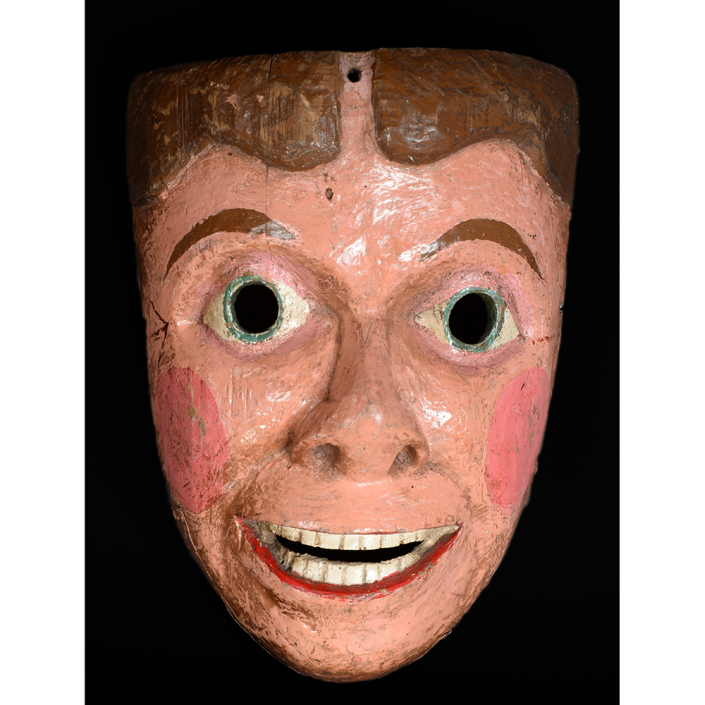 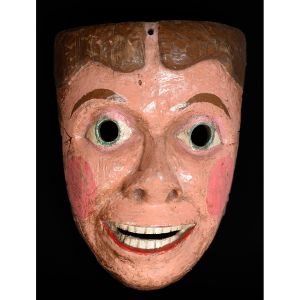 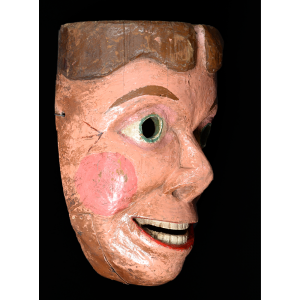 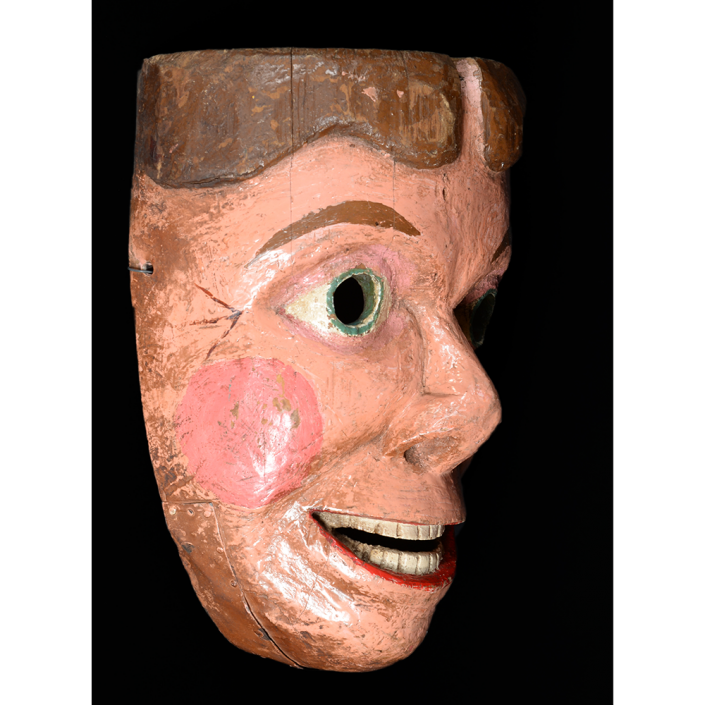 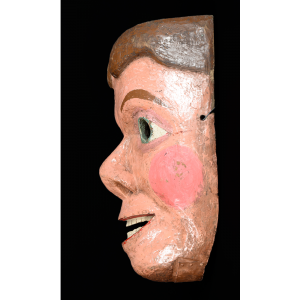 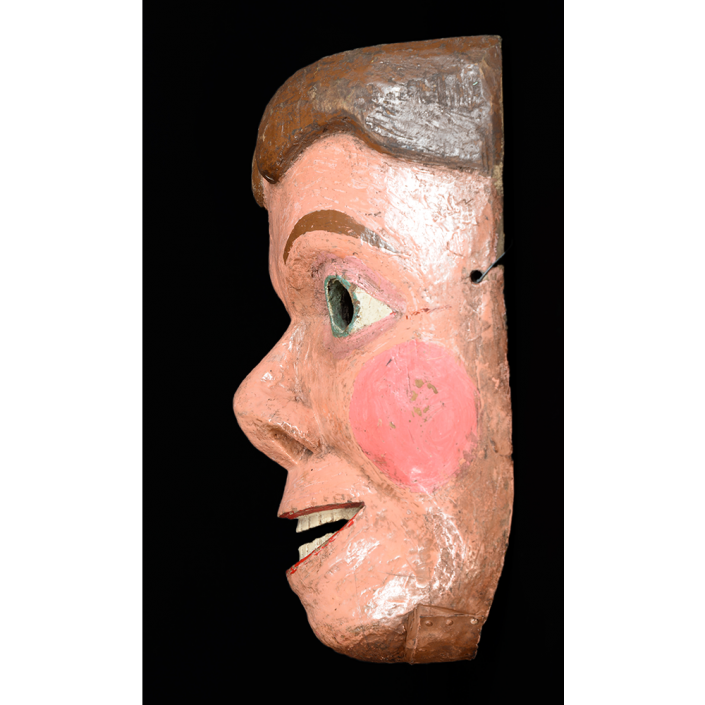 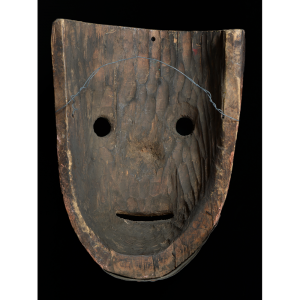 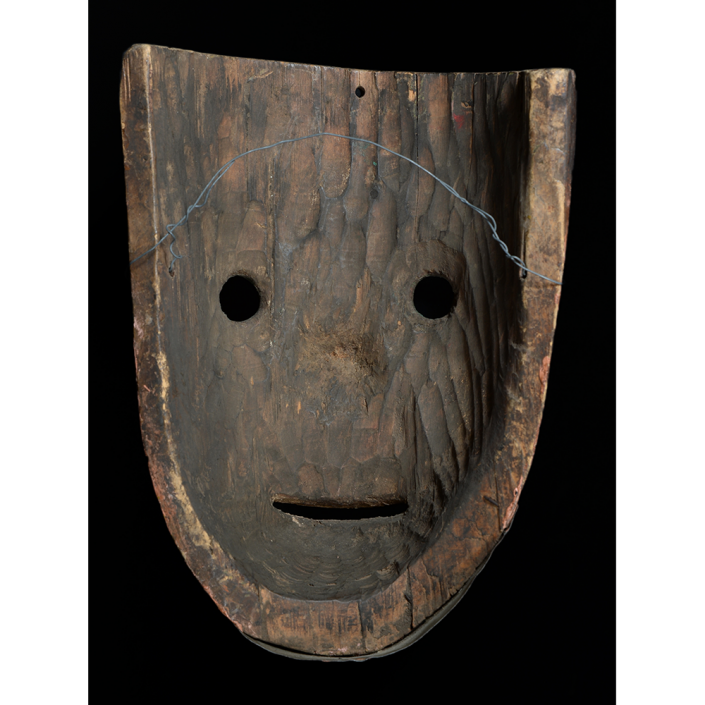 Other important masks include animals such as this dog, cats, or jaguars; the Rey Moro (King Moor, showing the influence of the Conquistadors); angels; clowns (payasos abanderados); and miscellaneous other characters. This festival opens with the huacos, representing precolonial Aymara shamans who parade to cure the diseases of the crowd. This mask probably represents the Captain (capitán), the Spanish viceroy appointed by the King of Spain. He leads a parade with an unsheathed sword, dancing comically to the rhythm of a band.