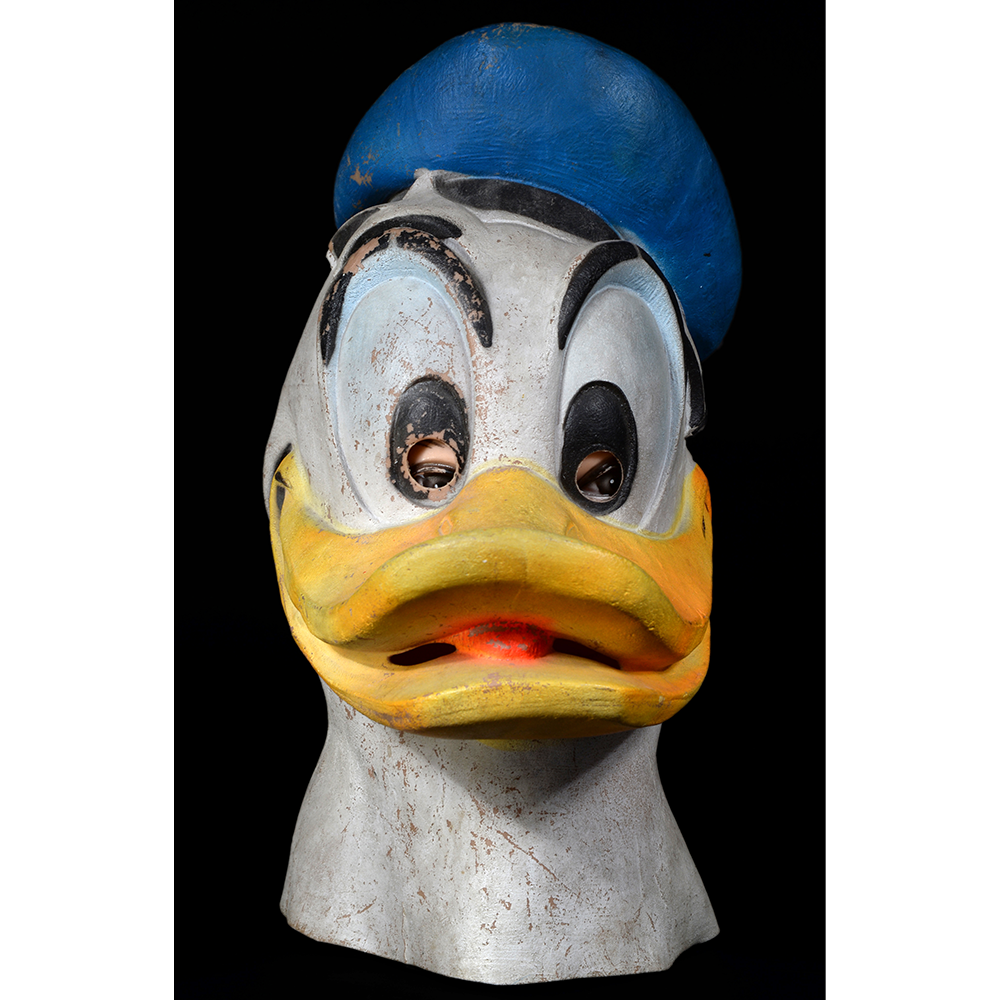 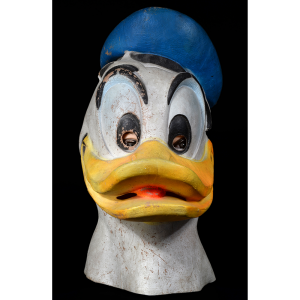 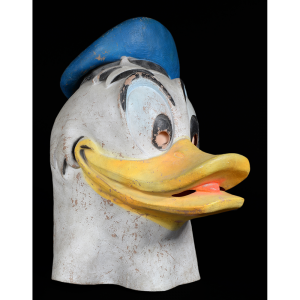 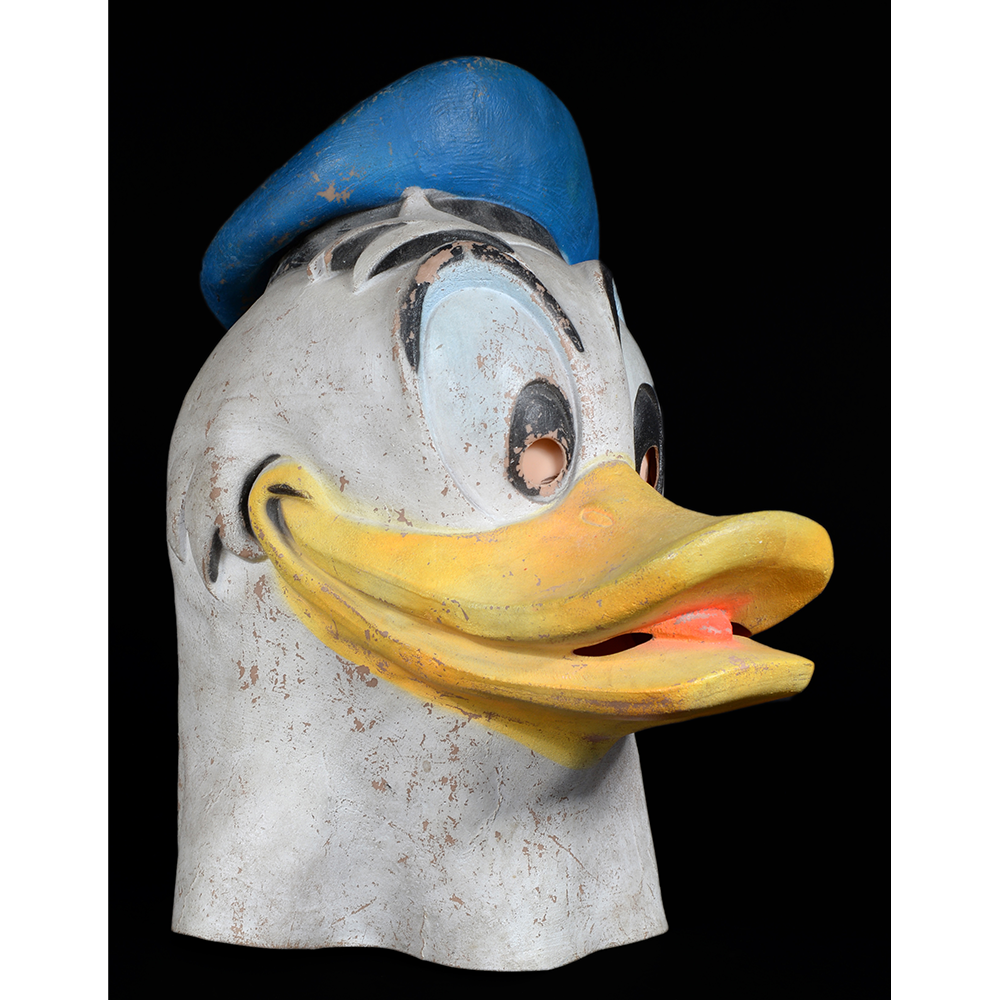 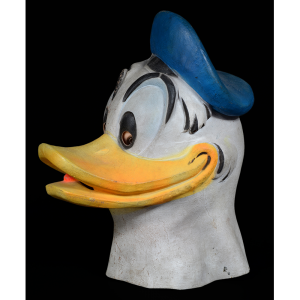 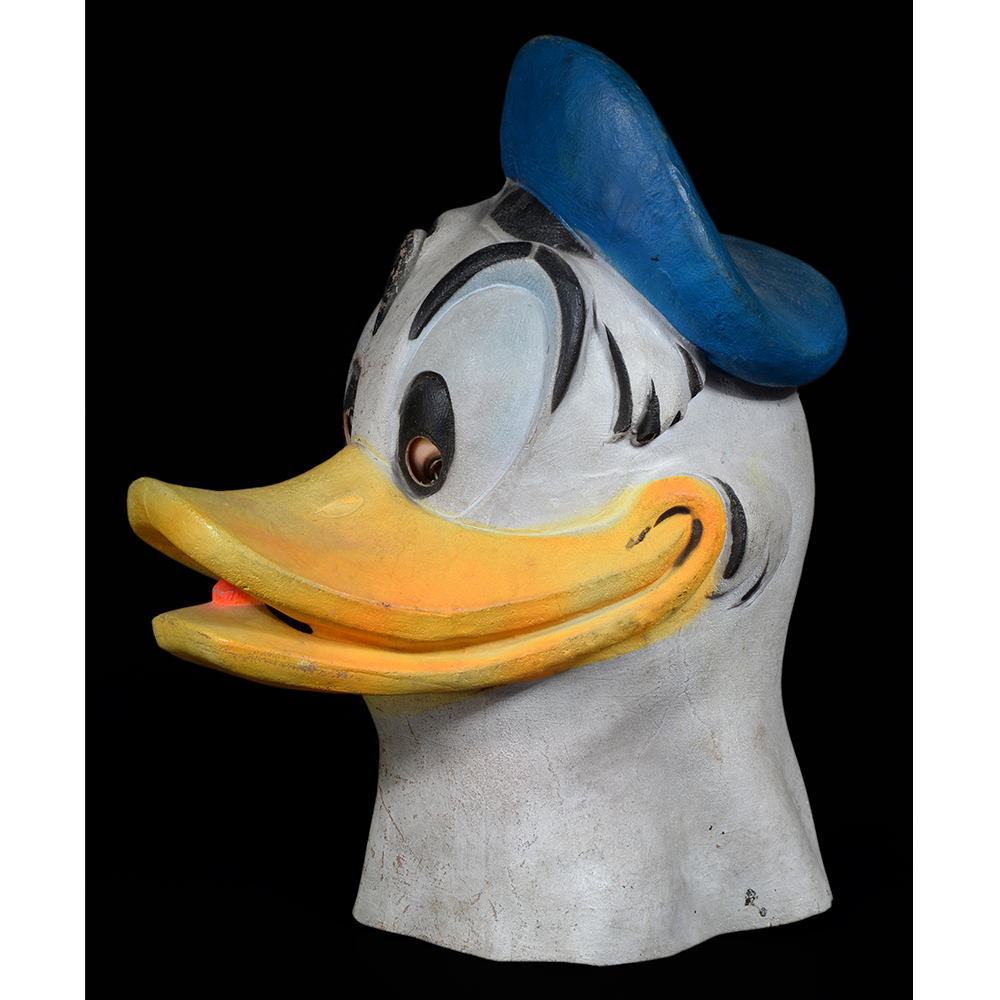 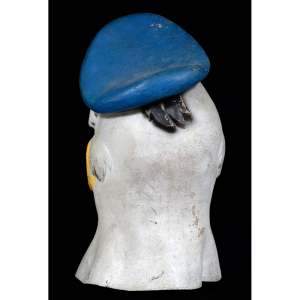 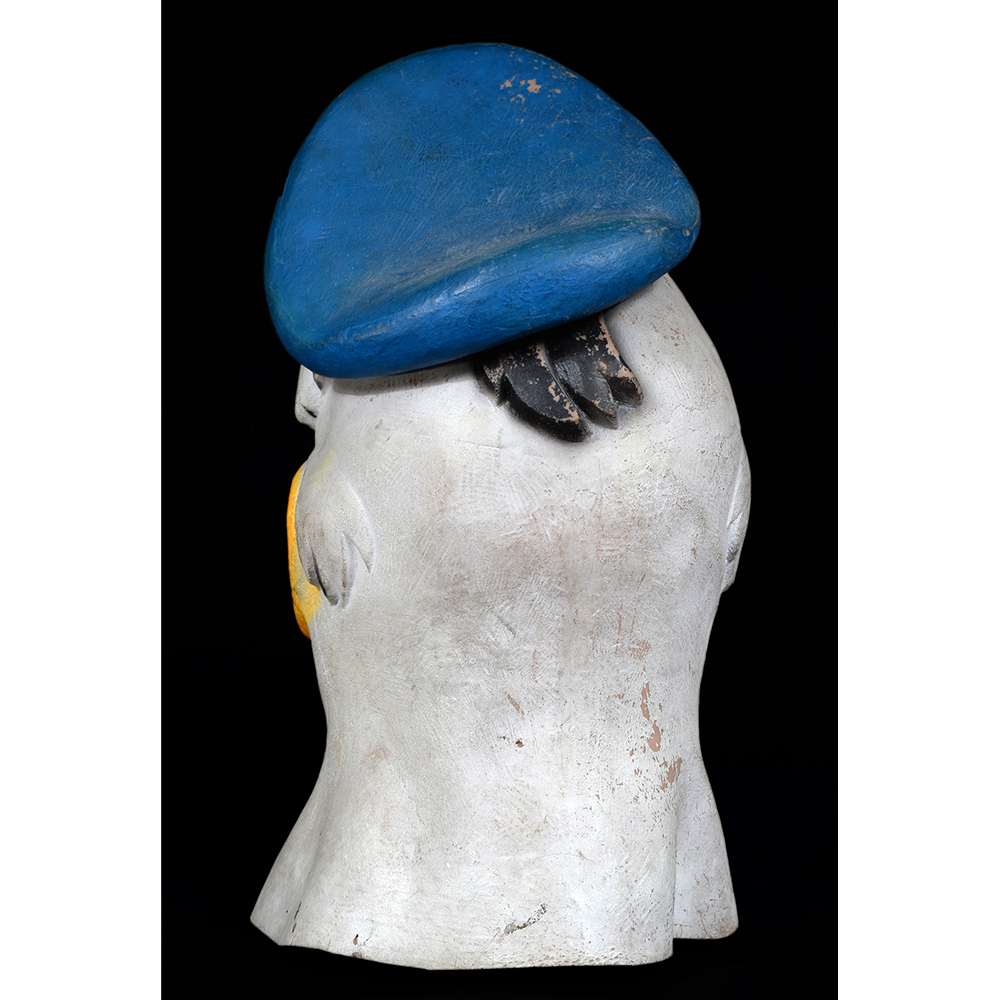 This mask represents Donald Duck, a popular character from the Walt Disney Company cartoons of the mid-twentieth century. Its appearance and materials place it in the 1950s, but the circumstances of its creation and licensing by the Disney Company are unknown.  It was probably used as part of a Halloween costume.