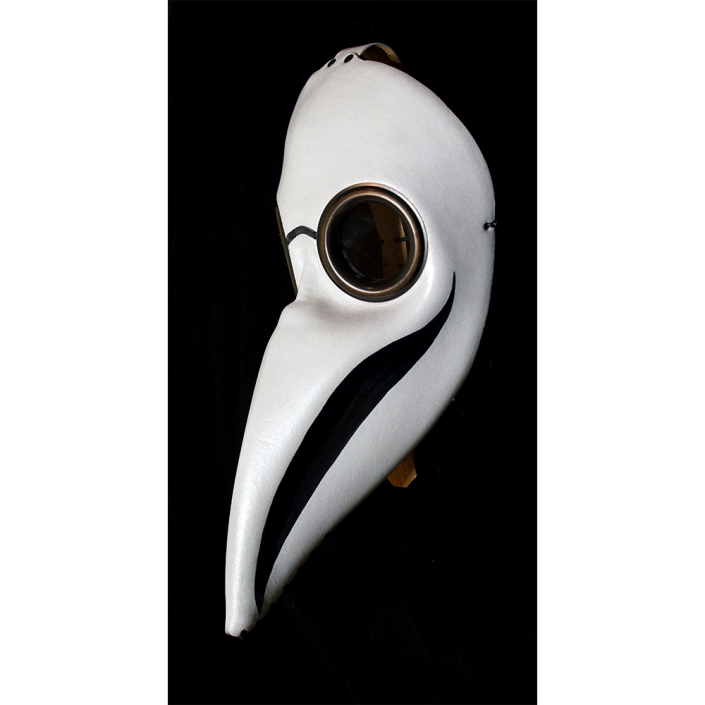 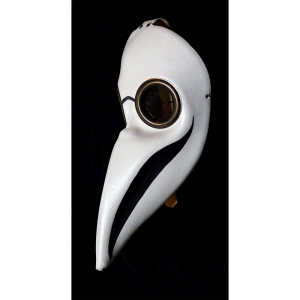 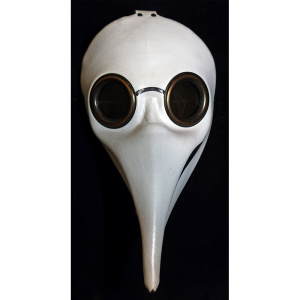 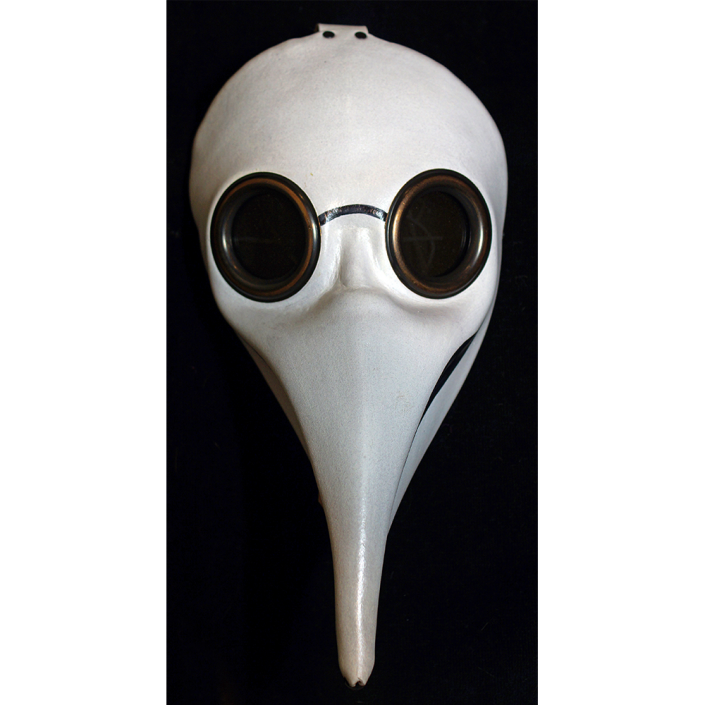 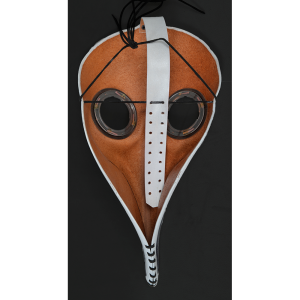 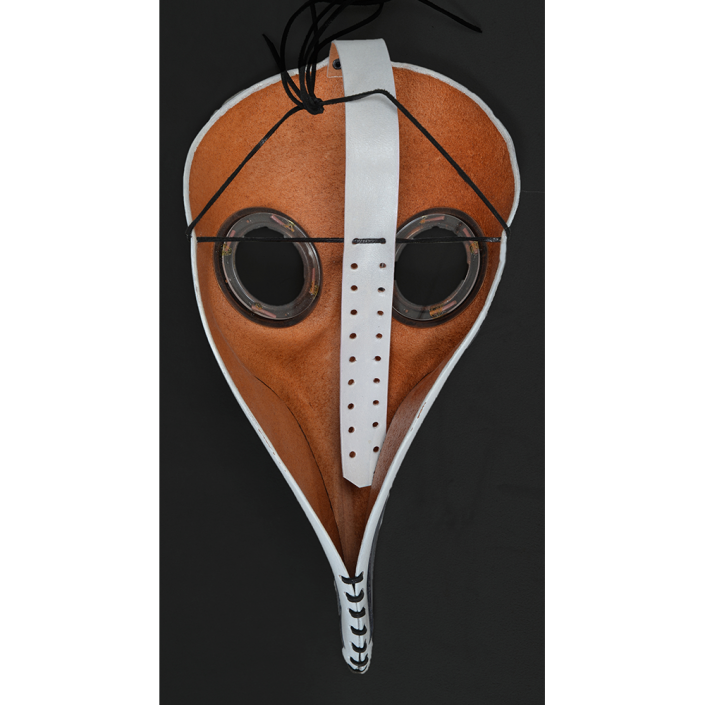 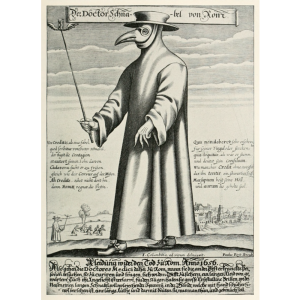 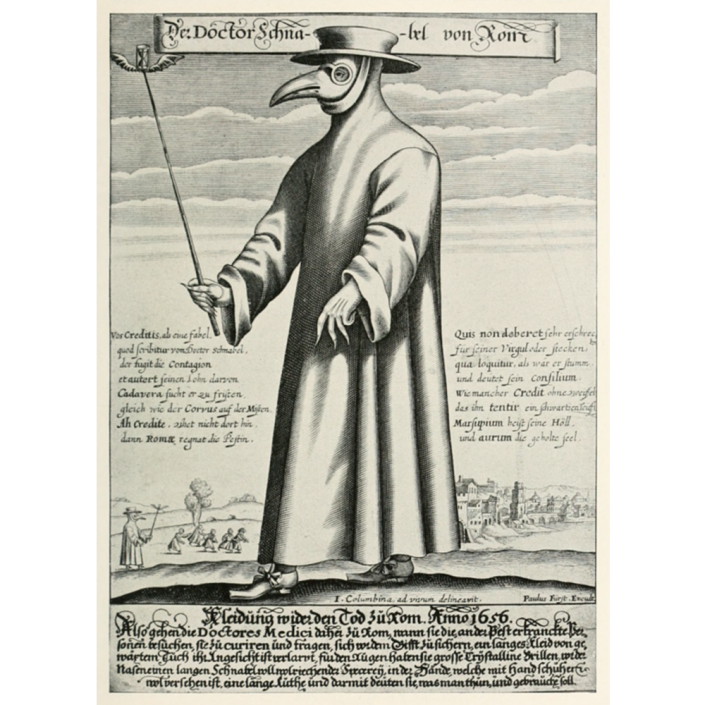 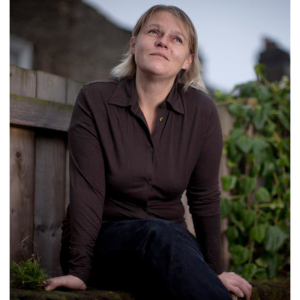 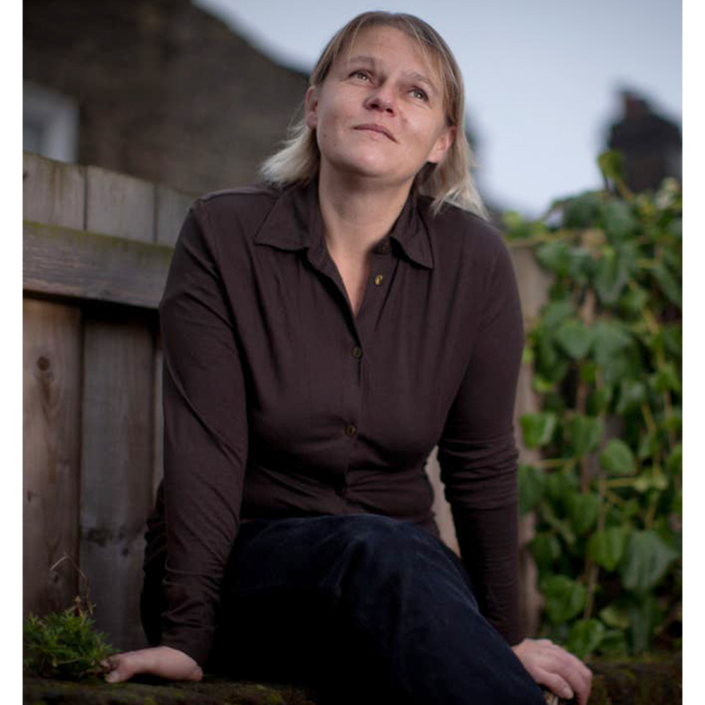 During the period of the Black Death in Europe, doctors visited plague victims to verify whether they have been afflicted and to offer treatment.  Their outfit consisted of a wide brimmed hat to show that the man was a doctor, leather gloves and boots, a body-length linen gown covered in wax, and beaked mask with glass lenses to protect the face.  The beak was stuffed with spices to “purify” the air that the doctor breathed, because it was widely and erroneously believed that the plague was spread through the air.