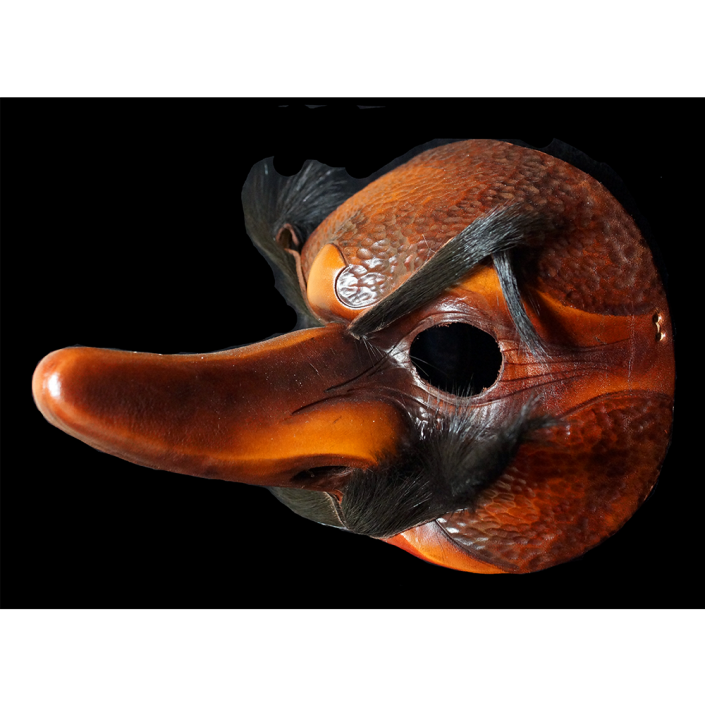 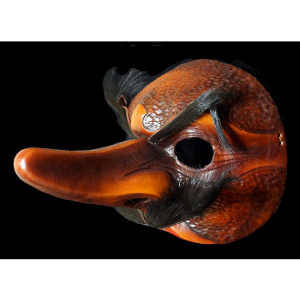 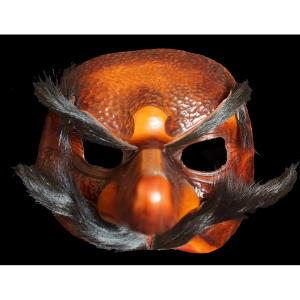 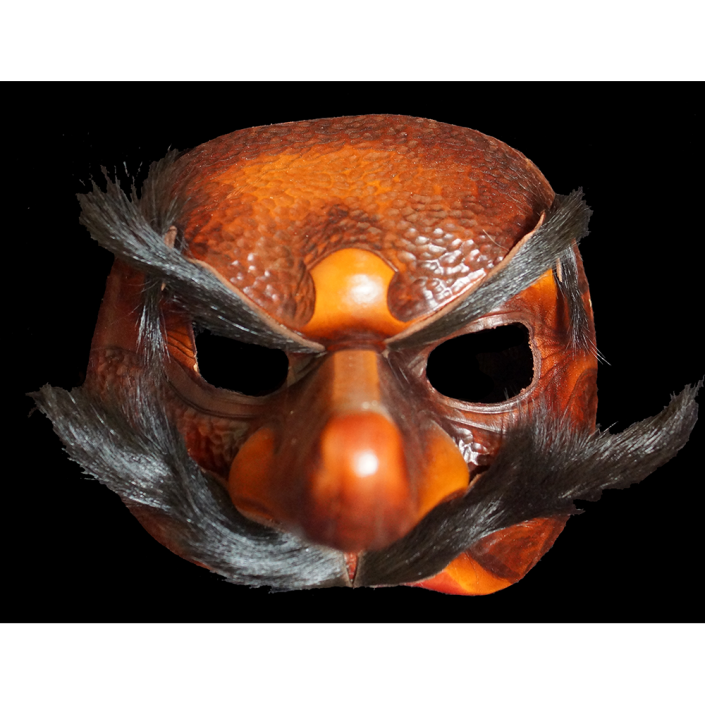 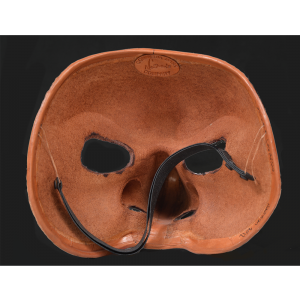 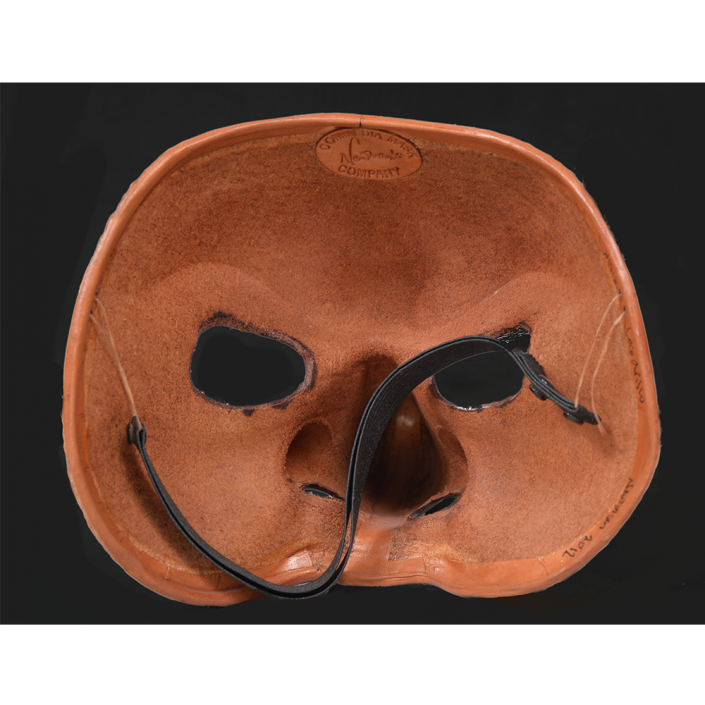 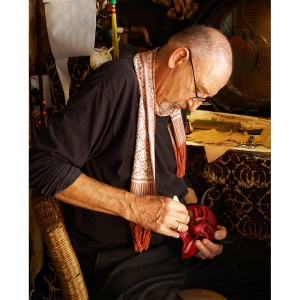 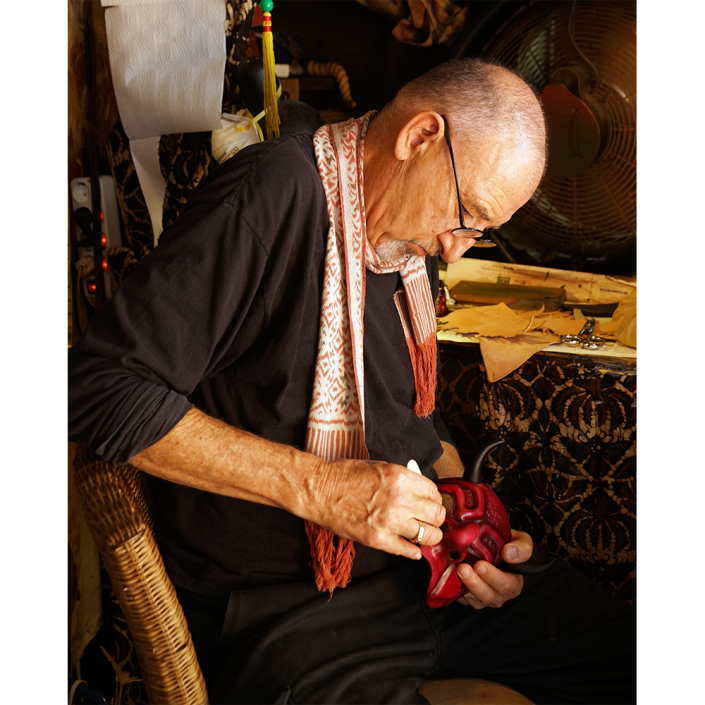 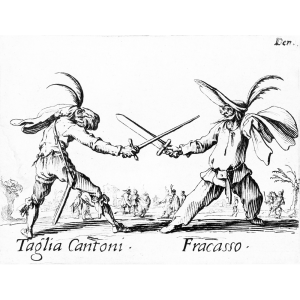 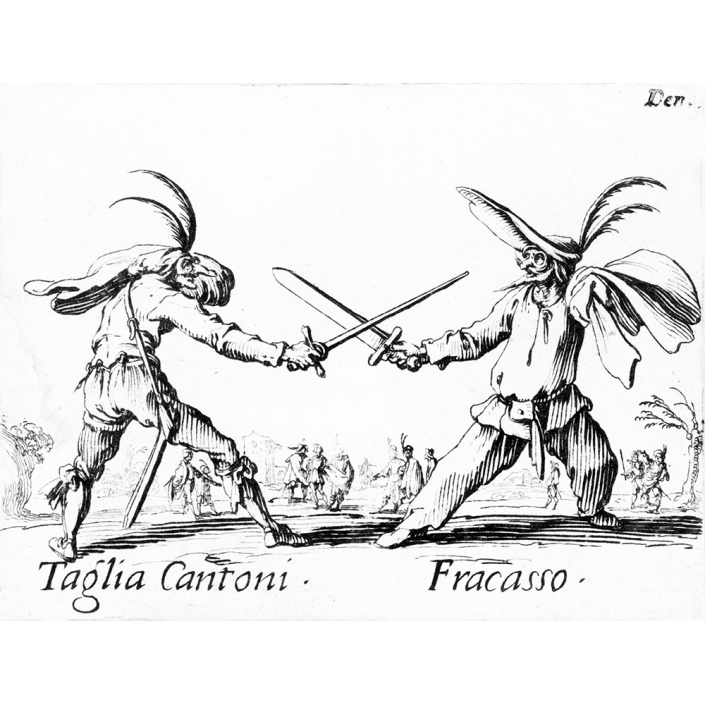 The Capitani were long among the most popular stock characters of the Commedia. Different acting troupes used different captains.  They all had comical or evocative names, such as Spavento della Valle Inferna (Captain Fear of Hell’s Valley), Matamoros (Captain Moor-Killer), or Sangue y Fuego (Captain Blood-and-Fire).  The captain masks were originally flesh-colored, with a menacing nose to represent a bullying personality.