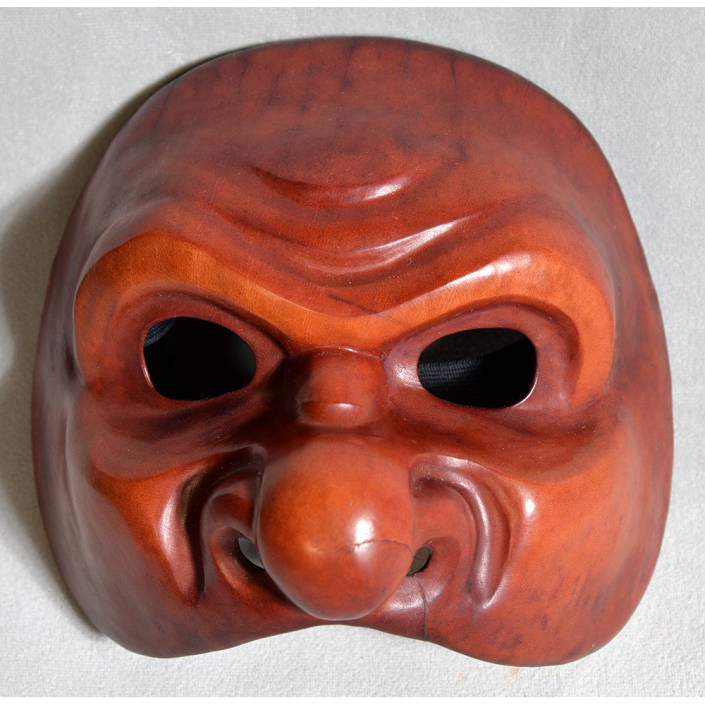 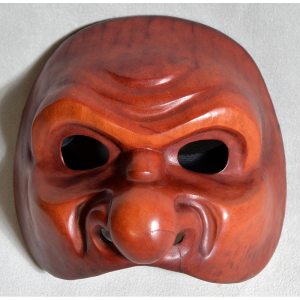 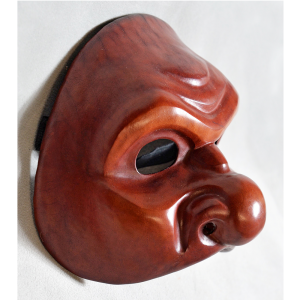 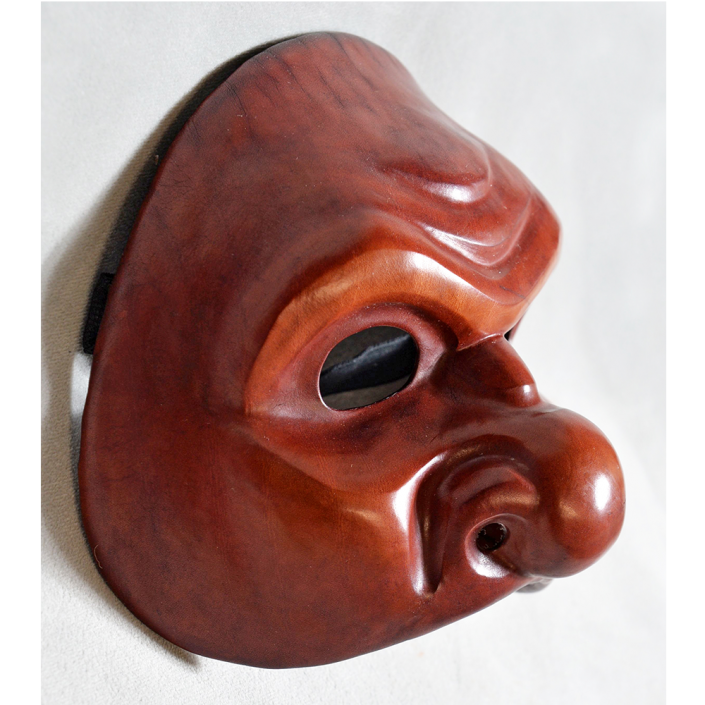 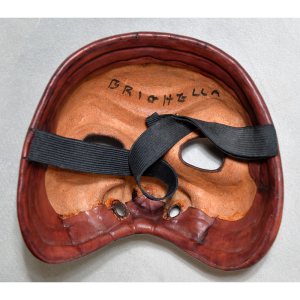 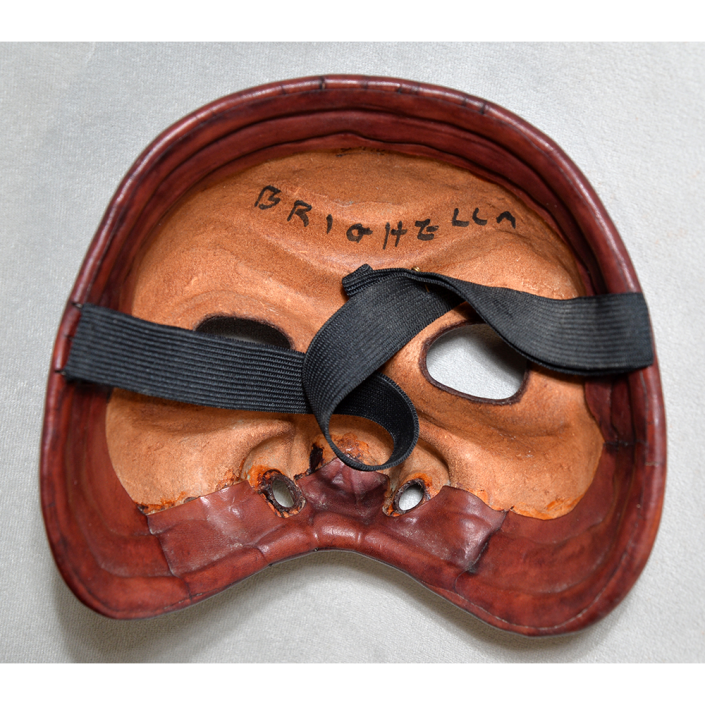 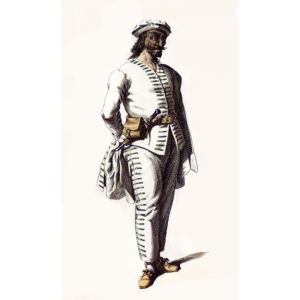 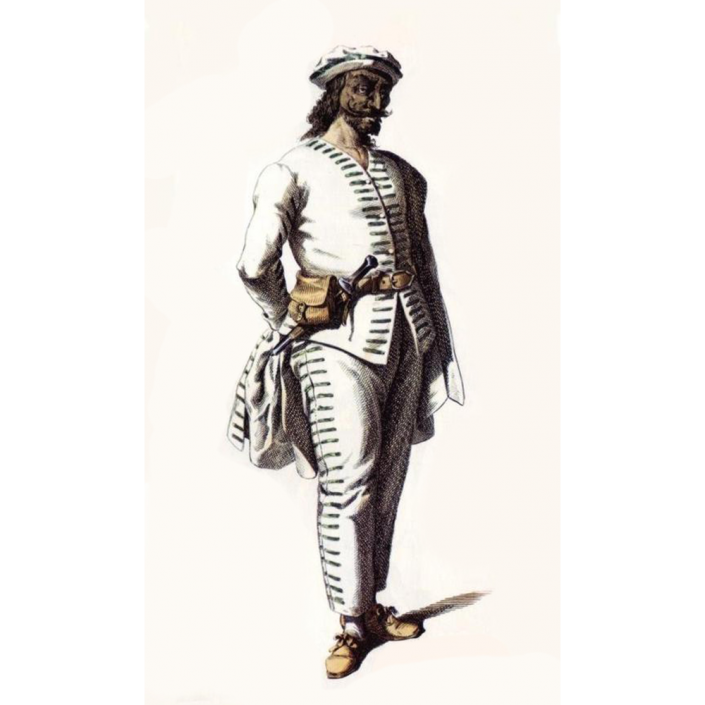 Brighella was long among the most popular stock characters of the Commedia. Brighella was generally portrayed as an amoral opportunist. He could be a thief, a hustler, a jack-of-all-trades, and a layabout.  His mask was always represented with a cruel hooked nose or a slightly piggish rounded nose, and usually a beard and mustache.