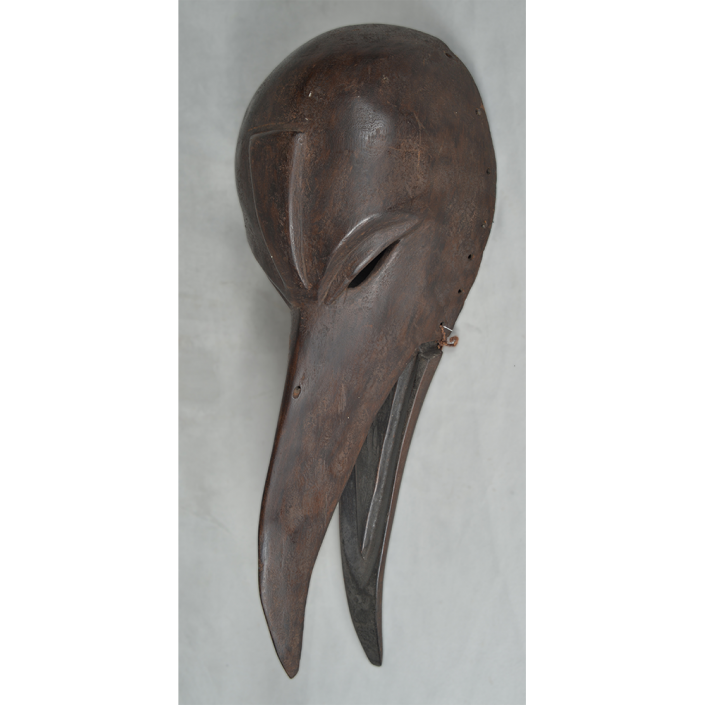 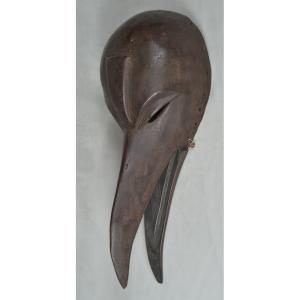 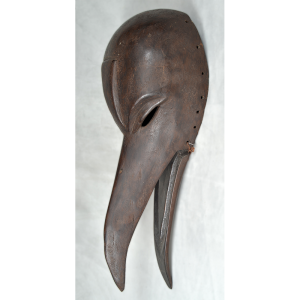 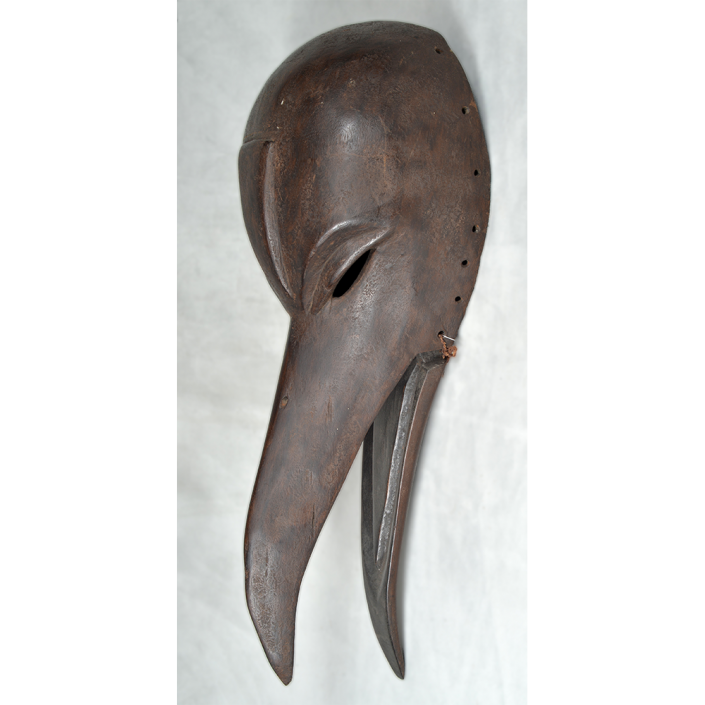 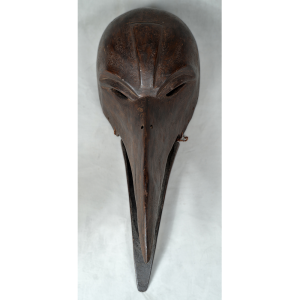 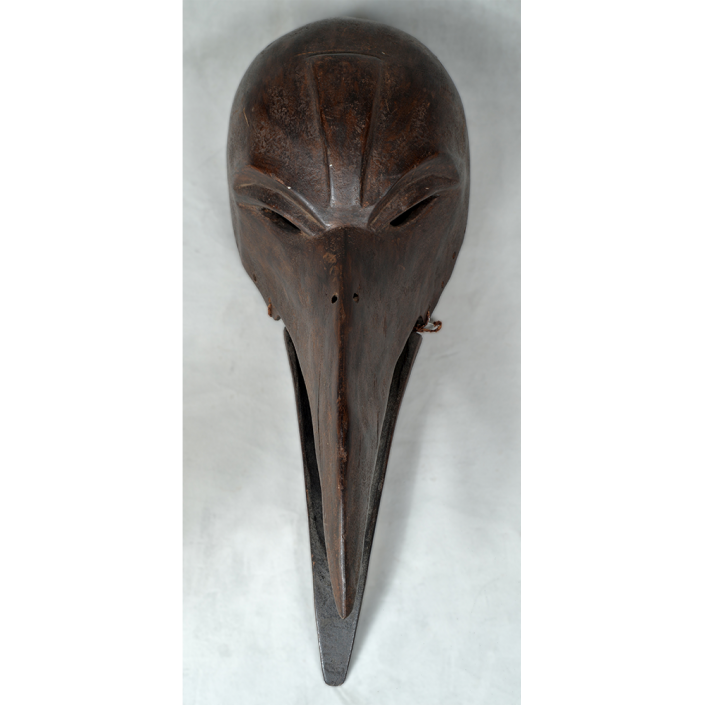 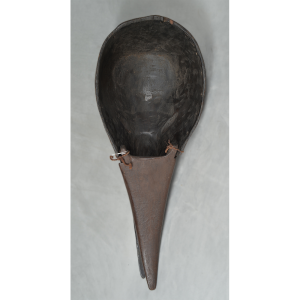 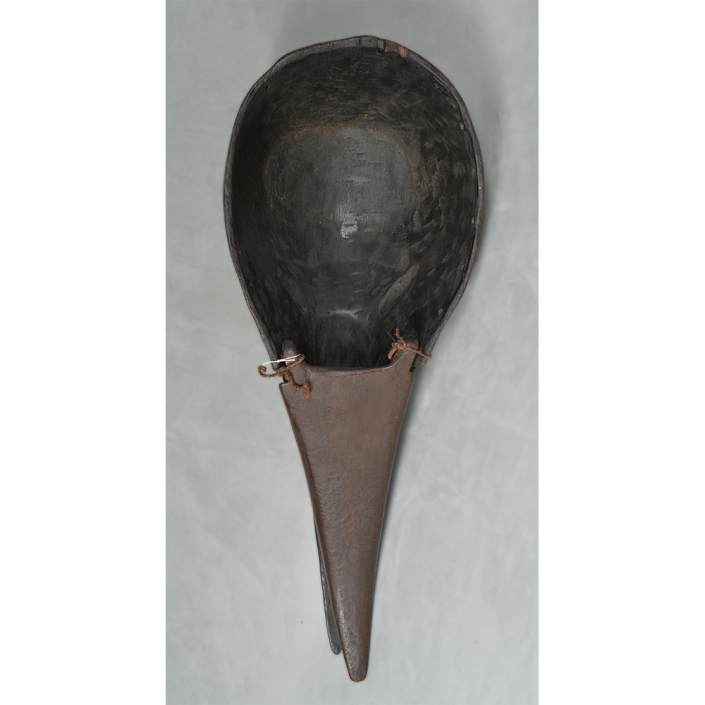 The populous Chokwe people of Angola, the Democratic Republic of Congo, and Zambia are known as some of the most skilled wood carvers in Africa. They resisted colonization far longer than most peoples of the region, despite repeated incursions by the Portuguese and other Europeans.

The Chokwe use masks in many contexts. Animal masks like this one are used most often in initiation rituals to recount tribal stories and proverbs to teach young adults social mores and customs. They are also used in preparation for hunting in order to invoke the spirit of the sharp-eyed bird. The articulated jaw adds realism to the performance by allowing the masquerader to mimic the bird’s beak movements.