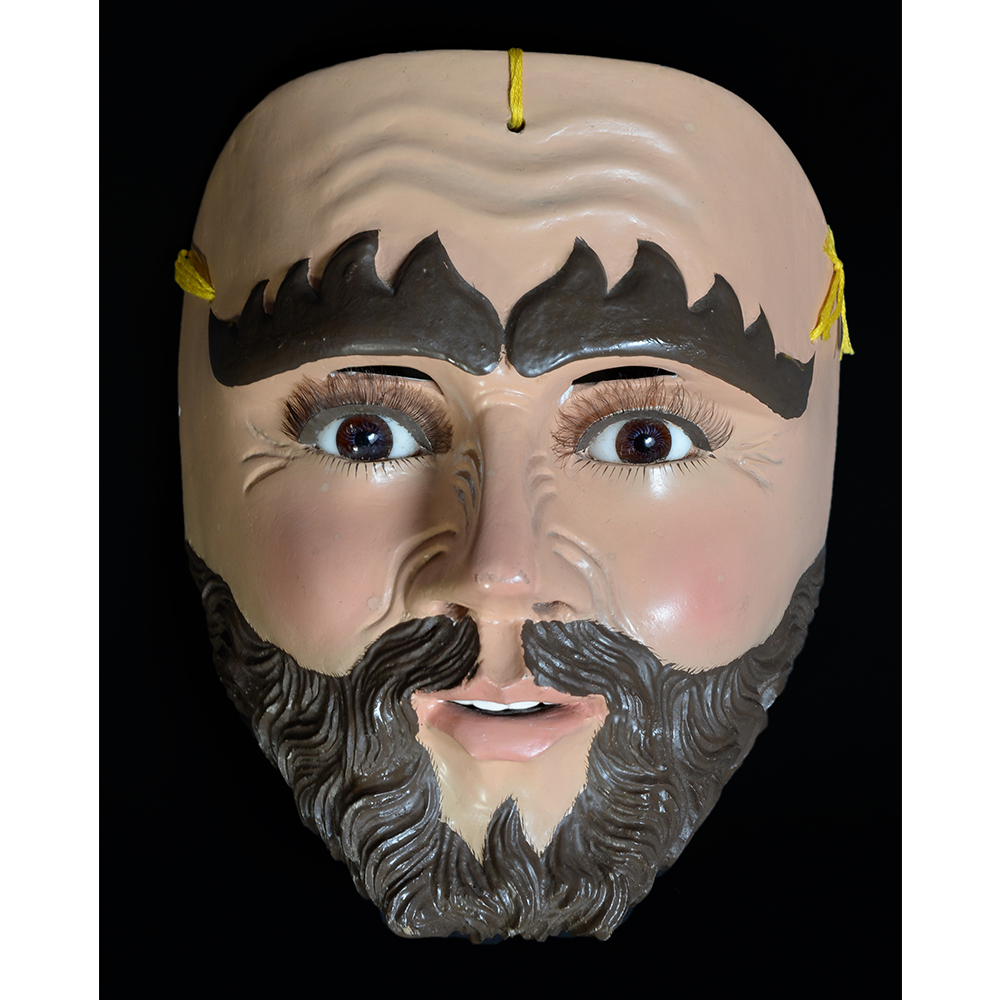 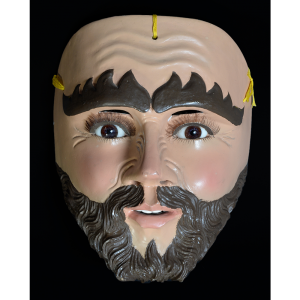 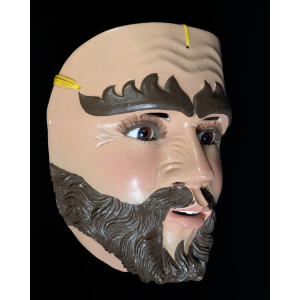 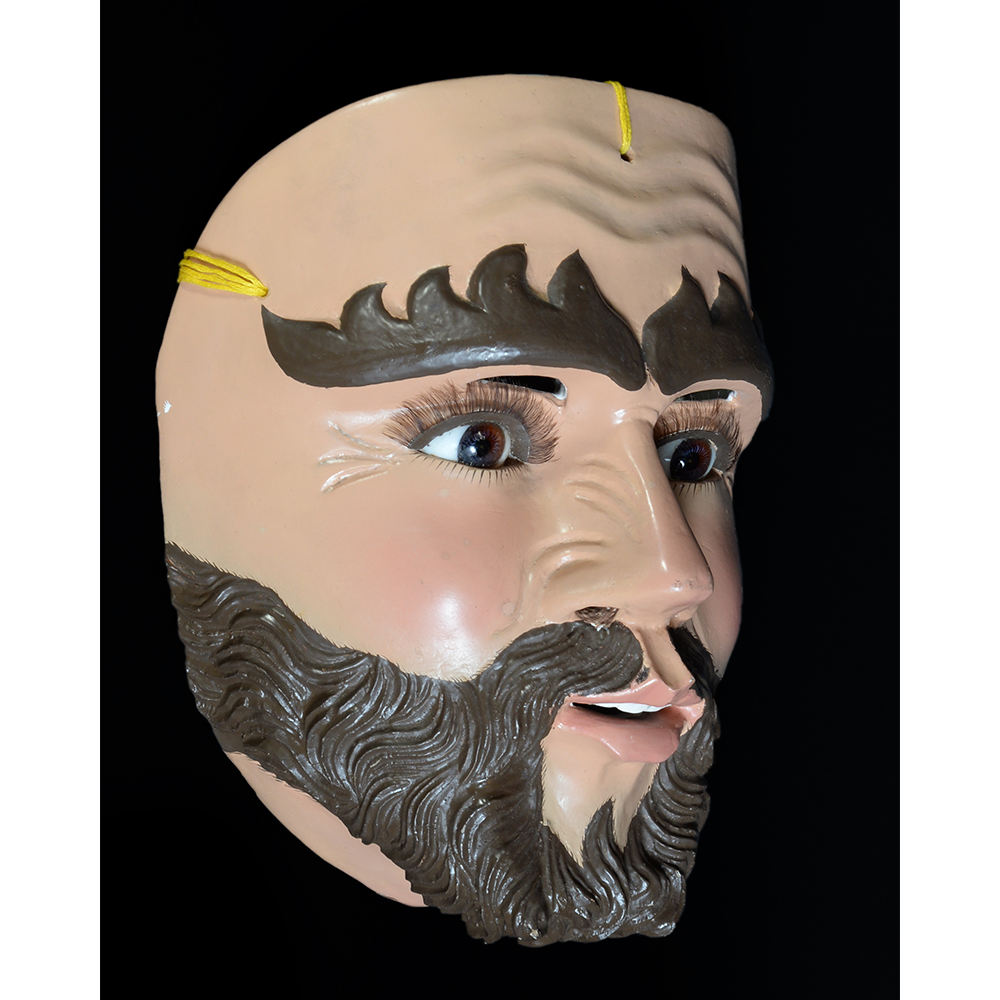 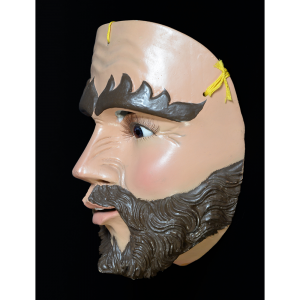 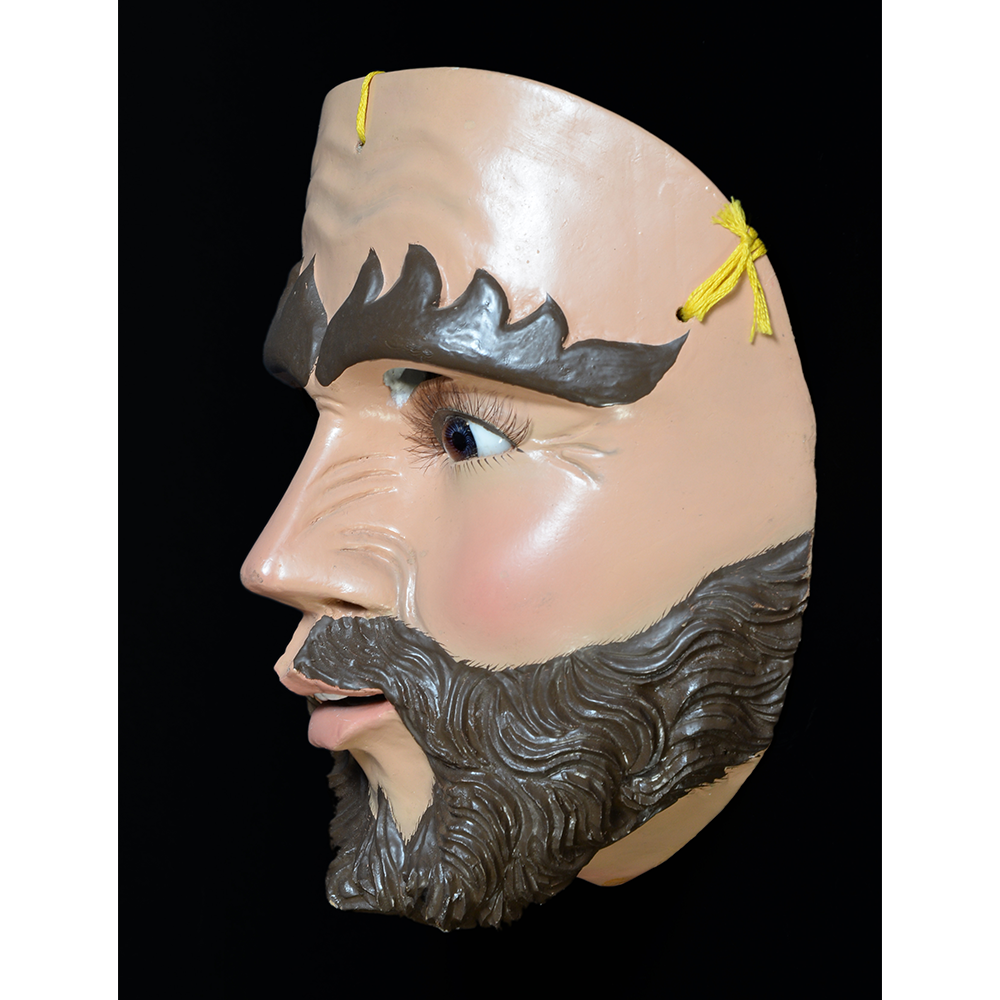 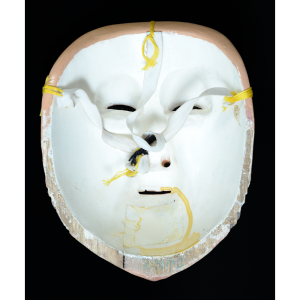 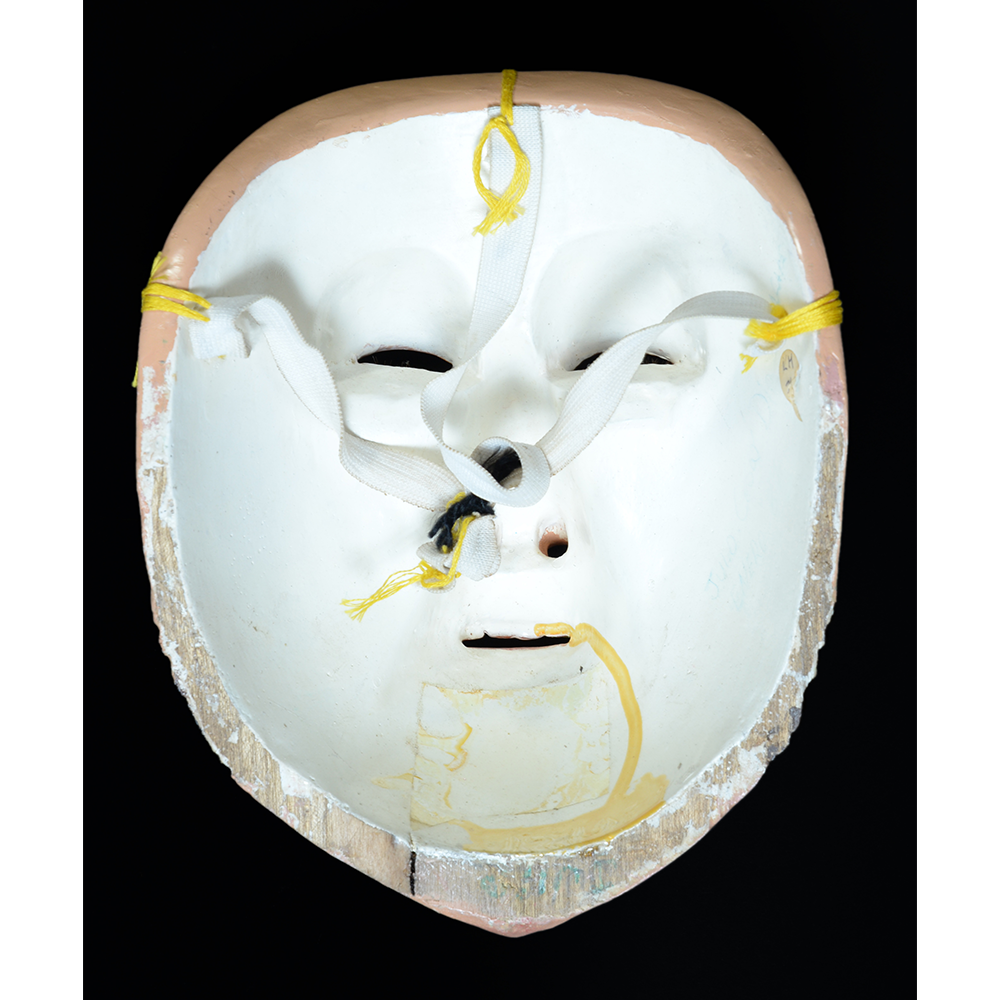 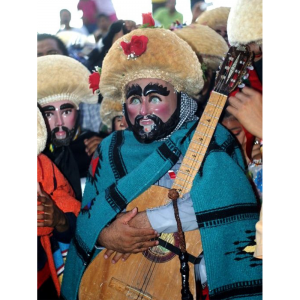 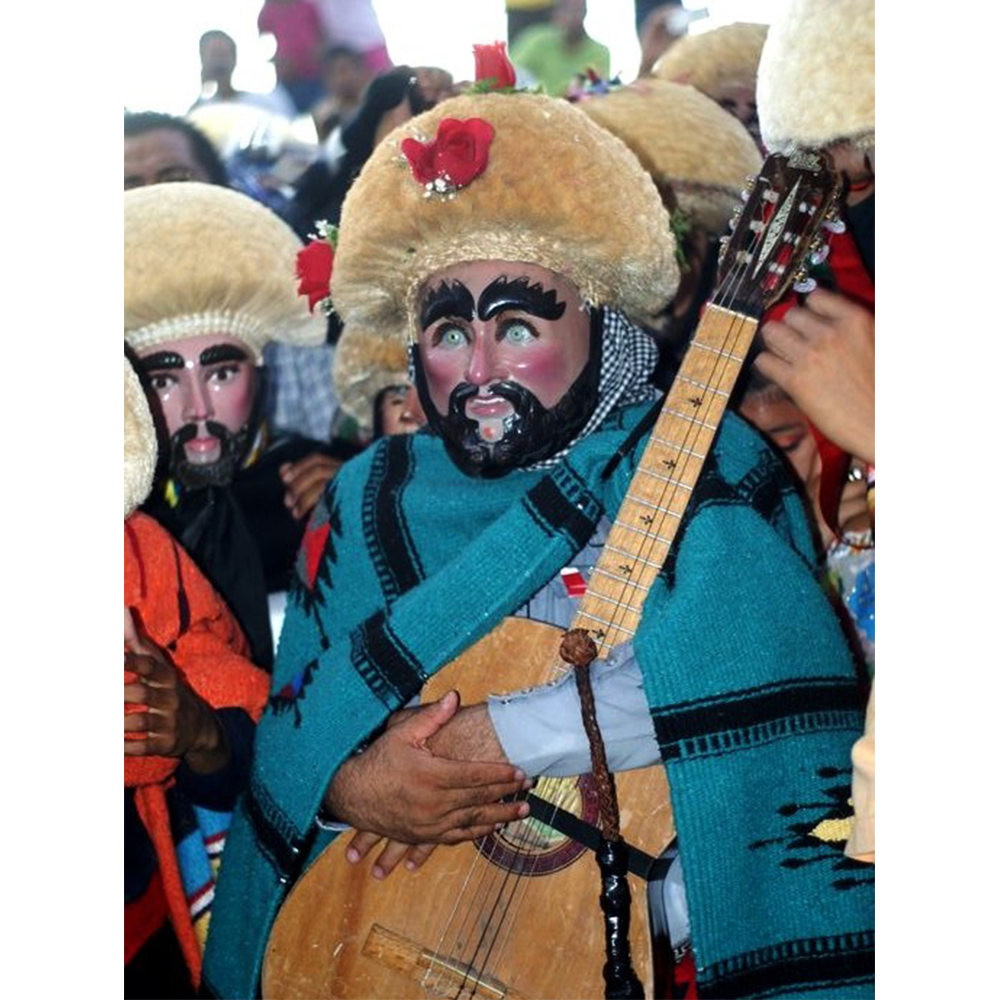 The Baile de los Parachicos is unique to Chiapas, the southernmost region of Mexico, and is most commonly performed in Chiapa de Corzo and Suchiapa.  It may have pre-Columbian origins, but its modern version is believed to originate in the myth of a wealthy Spanish noblewoman whose sick child could not be cured by doctors in Guatemala. She eventually brought him north to Chiapas, and a Mayan priest recommended she bathe in the healing waters of Cumbujuyú for nine days.  After the child recovered, the woman held a feast of thanksgiving and her servants danced for the children. Hence the name, parachico, meaning “for the little boy.”  In modern times, the parade is held during the holiday of St. Sebastian, the patron saint of Chiapa de Corzo.

The dance begins with a parade of the parachicos through the streets led by a patrón, or boss (represented by this mask), which is somewhat more elaborate and distinctive than the others. All parachicos wear black pants with colorful embroidered designs, white shirt, a bright sarape, black leather boots, and they carry a tin rattle (sonaja).  As they parade, they echo phrases shouted by the patrón, such as:

“¡Vivan los que ya no pueden, muchachos!” (“Long live those who can’t do it any longer, boys!” or “Long live the elders!”)

They may also shout out more or less improvised verses, devout or comical, such as “Little mermaid, little mermaid, sea mermaid, Praise the Holy One and señor St. Sebastián” or “Passing by your window, you threw me a lemon, the lemon hit my face, and went straight to my heart.”

They then perform a group dance to the sound of drums and marimba, guitar, or other instruments. Women in brightly colored floral dresses may accompany them in less formal dances.