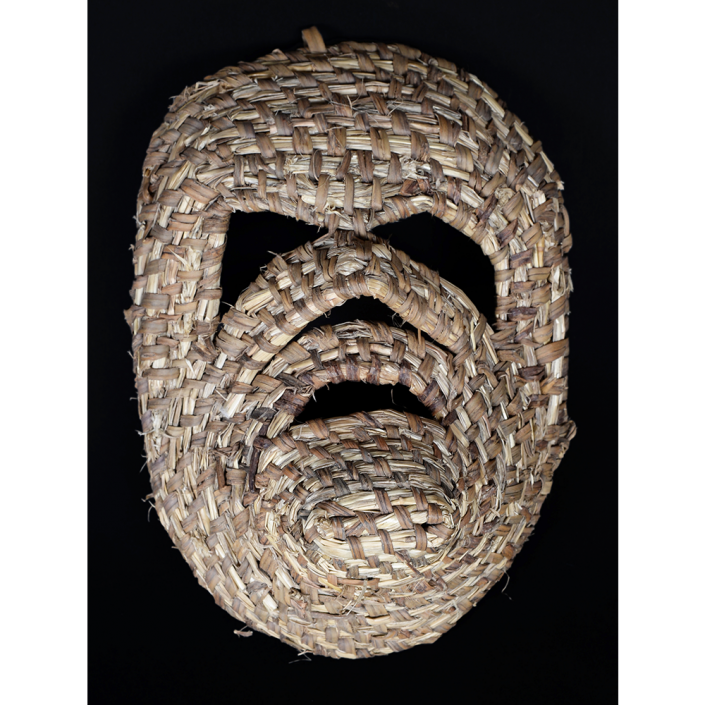 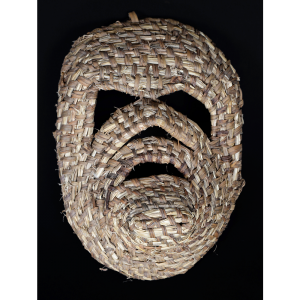 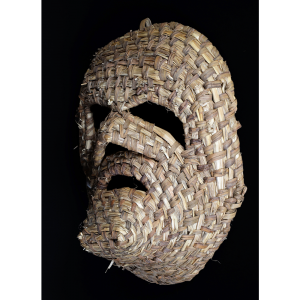 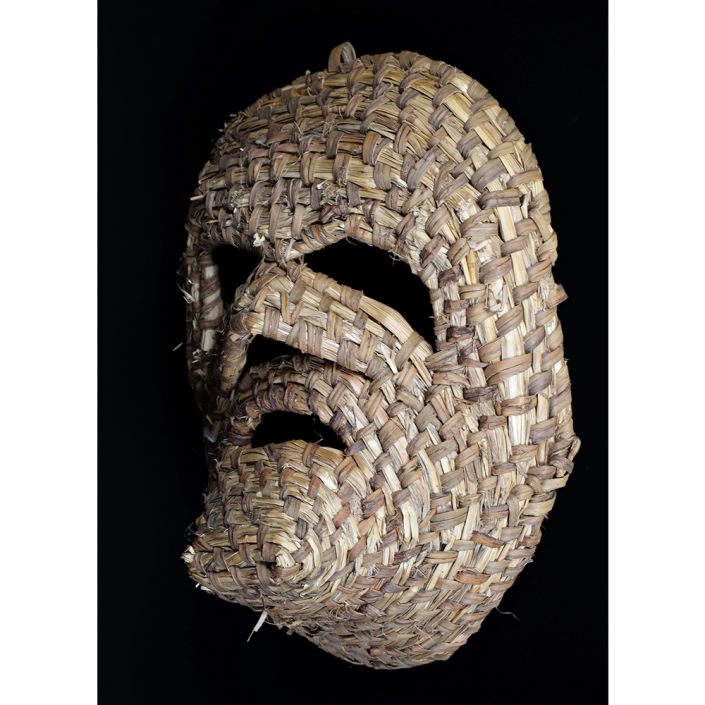 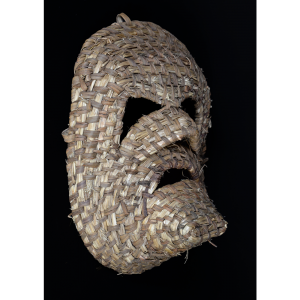 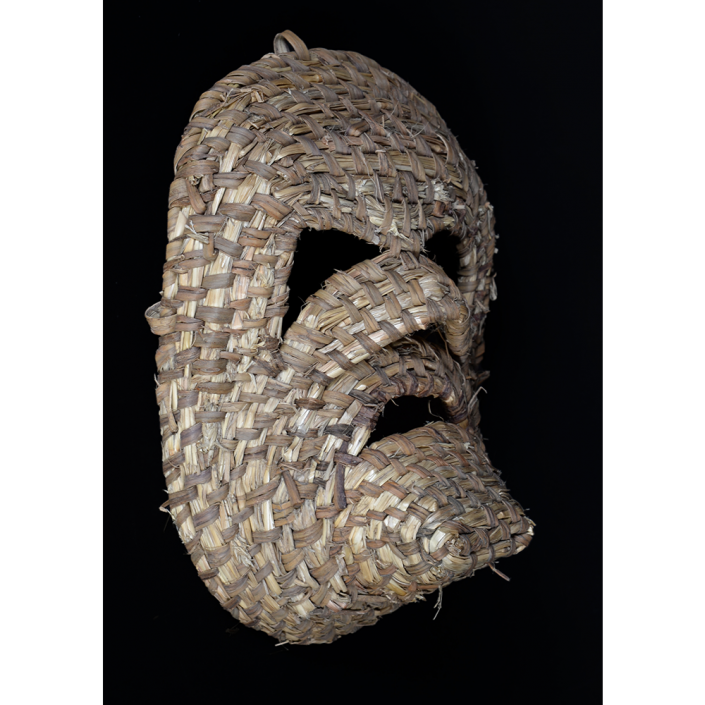 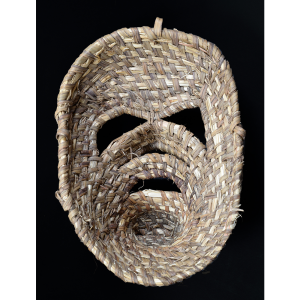 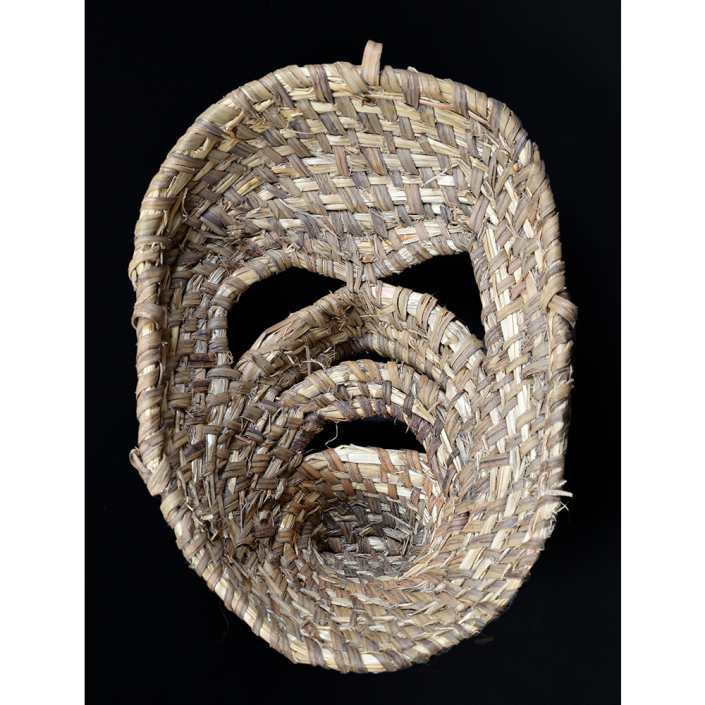 In Bragança, Portugal, Carnival (frequently called Entrudo) masks may be composed of a wide variety of materials, most commonly metal, leather, wood, cork, or, as here, escrinho (woven straw). Such masks typically have devilish features, representing the freedom enjoyed by the celebrant that would be considered sinful, or at least socially unacceptable, at other times of the year. Carnival is the Shrovetide season of maximal social freedom prior to the Catholic fasting season of Lent. In Catholic countries such as Portugal, parties, parades, feasting, and cultural events are commonly organized during the Carnival season, primarily on “Fat Sunday” and “Fat Tuesday.”