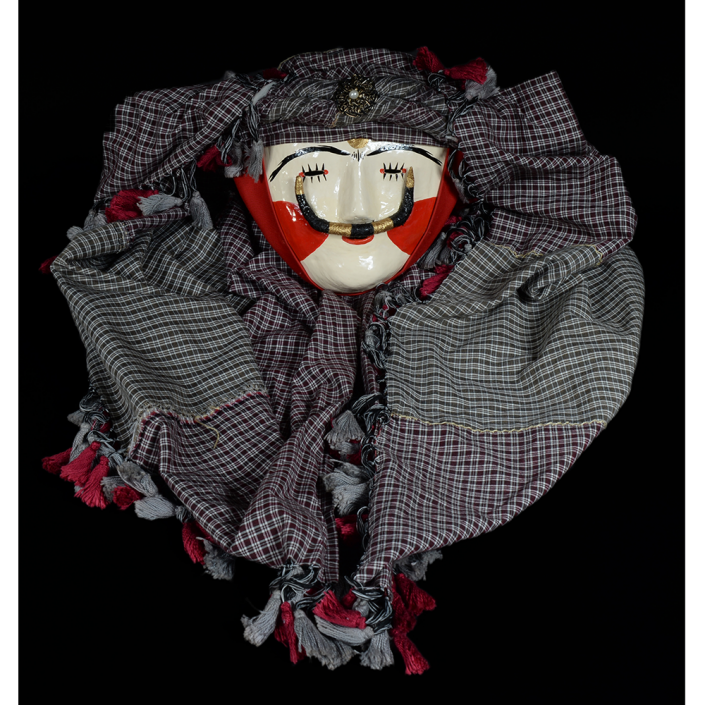 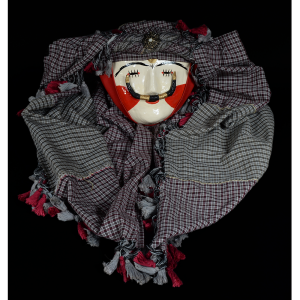 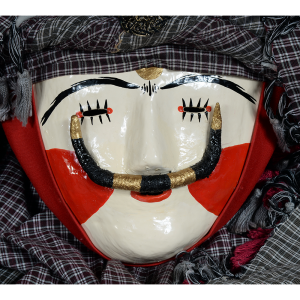 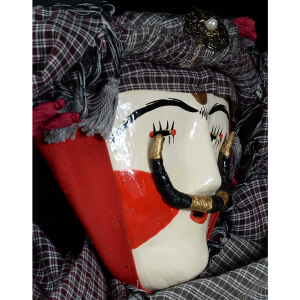 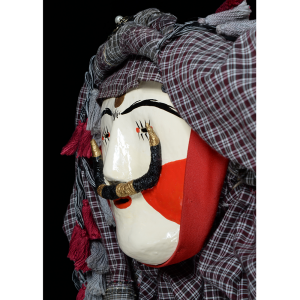 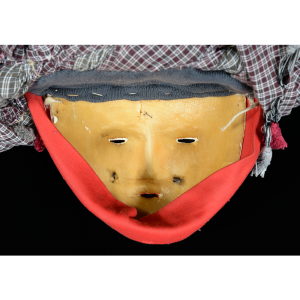 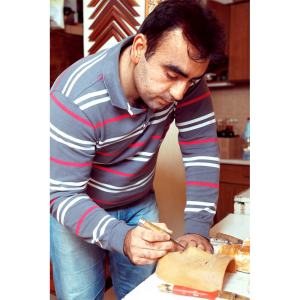 The origin of the Boules (Brides) Festival in the town of Naoussa, in Paros, Greece, is obscured by history.  It probably has its origins in ancient Dionysian celebrations of fertility during the spring (Anthestiria). The modern festival is held during Carnival, but its origin was the Turkish occupation of the island of Paros.  The Ottoman Empire controlled Paros from 1537 until 1829.  According to legend, in 1705, the Turks renounced the principle of peaceful coexistence and Turkish soldiers came to the village of Naoussa to recruit forcibly children for their Christian military unit. Those families that resisted were slaughtered.  The following year, around Carnival time, the villagers of Naoussa put on masks and costumes, and paraded in tribute to the dead. To deceive the Turks, the ritual was framed as a wedding, but in reality the bride was a masked man, and the wedding feast was really a means to surreptitiously collect money and food for rebels living in the mountains.

Today, the tradition is still rigorously followed, with masked brides and Yiantisari (Janissaries), Greek soldiers fighting for the Turks. Only unmarried young males are allowed to masquerade, and all wear the same costume.  In the case of the Janissary, he wears a white, wide-sleeved blouse, a short skirt, leggings, a cloth cap, and carries a sword. They parade through the town to the music of traditional bands, until they reach the City Hall, and the leader of the boulouki asks permission from the Mayor to begin the ceremony. They then go to the main square, where the dancing begins. After the dances, the boules go from house to house collecting donations.